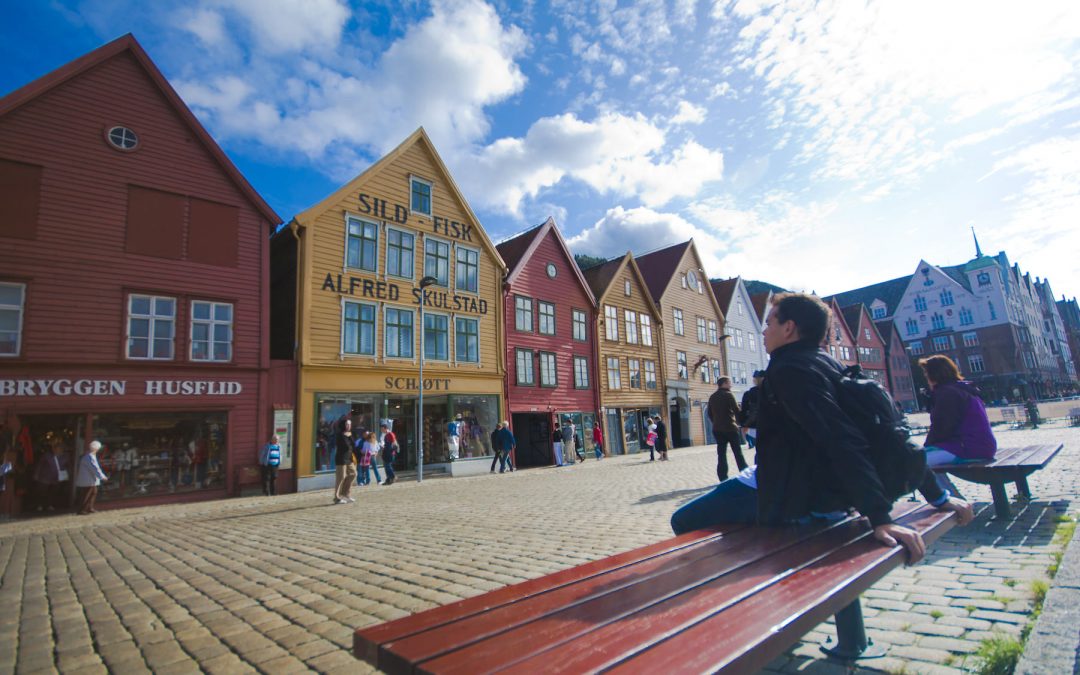 Welcome to Min-On’s Music Journey! Today, the Min-On Concert Association and Embassy of Norway in Japan welcome you to Norway, located on the western side of the Scandinavian Peninsula in Northern Europe. 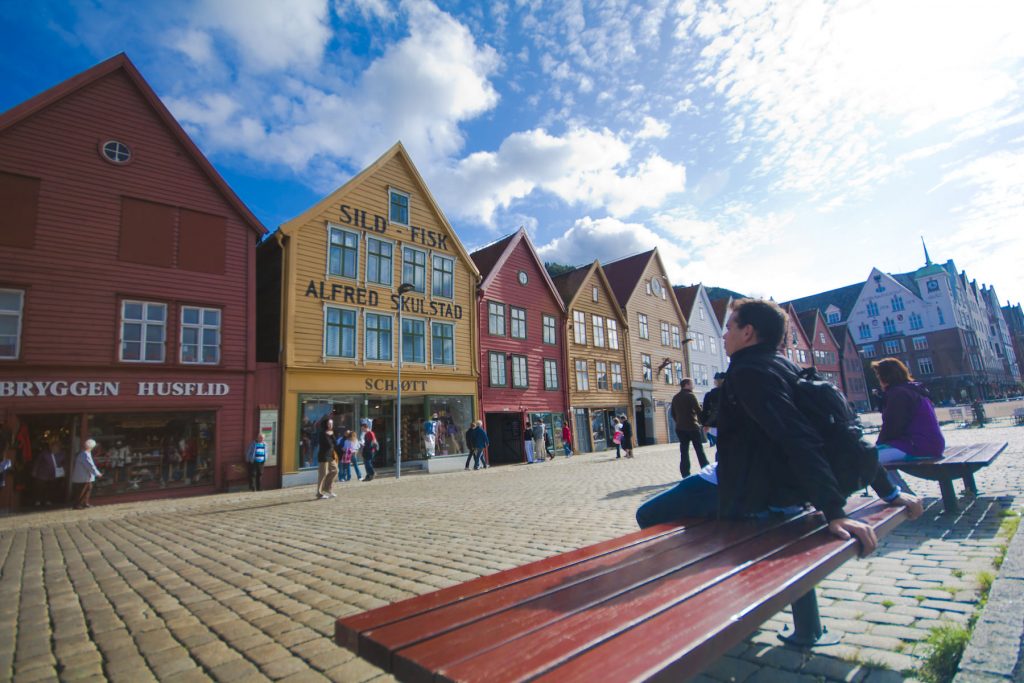 Norway lies within the Arctic Circle, where visitors can witness the unparalleled beauty of the country’s night sky. The Norwegian city of Tromsø is a particularly famous travel destination, and travelers flock to it to enjoy the polar night sky in the winter and the midnight sun in the summer. 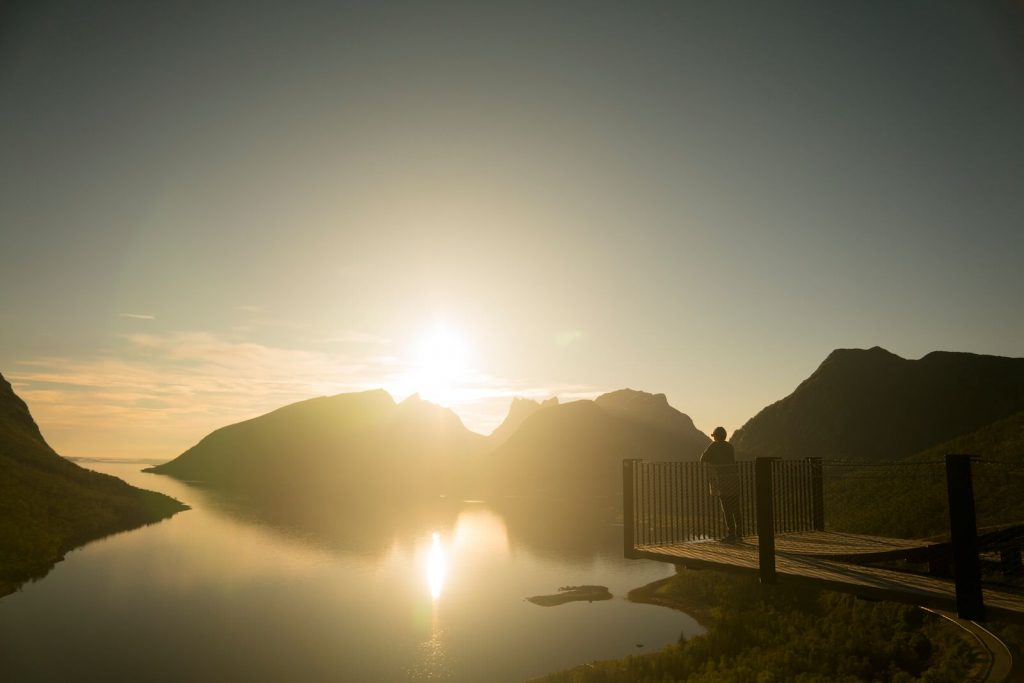 Scandinavian countries are known for their strong social welfare programs and public services, and Norway in particular is a model case. We’d like to begin by introducing two key aspects of Norwegian society, the face of the Nordic Model.

A strong sense of equality, including regarding gender

About 70% of women in Norway hold a job. There is also a law that the ratio of women to men on the boards of state-run companies and publicly-listed companies must remain above 40%.

In Norway, where gender equality has taken strong root, many couples live together in common-law marriages, and wedding ceremonies are relatively simple. Wedding receptions are also generally humble affairs involving family and relatives.

We’d like to take this opportunity to feature a song associated with Norwegian weddings. Please enjoy the beautiful harmonies of the Norwegian Girls Choir, whom Min-On had the pleasure of hosting in 2014, below.

An environmentally conscious nation where electric vehicles (EVs) are the norm

Due to its location close to the Arctic, Norway is highly susceptible to the effects of environmental issues. Norway is known for its swift signing the Paris Agreement, for its particularly strong greenhouse gas reduction efforts, and for being one of the leading countries in terms of EV adoption.

Norway’s taxes on luxury goods are the highest in the world, and vehicles are no exception. However, Norway has put policies in place that drastically cut taxes on EVs, which has helped them become more and more popular.

Norway has eight World Heritage Sites, and on today’s journey, we would like to show you the best among them.

The fjords of Western Norway

A fjord is a complex set of inlets and landforms carved by glaciers, and they are one of the distinguishing natural features of Scandinavia. The West Norwegian Fjords, Geirangerfjord and Nærøyfjord, are the longest and deepest fjords in the world, and UNESCO has registered them as a World Heritage Site.

The west coast of Norway is also home to many other beautiful fjords. The Hardangerfjord, with its gentle mountain ranges, is one of them. 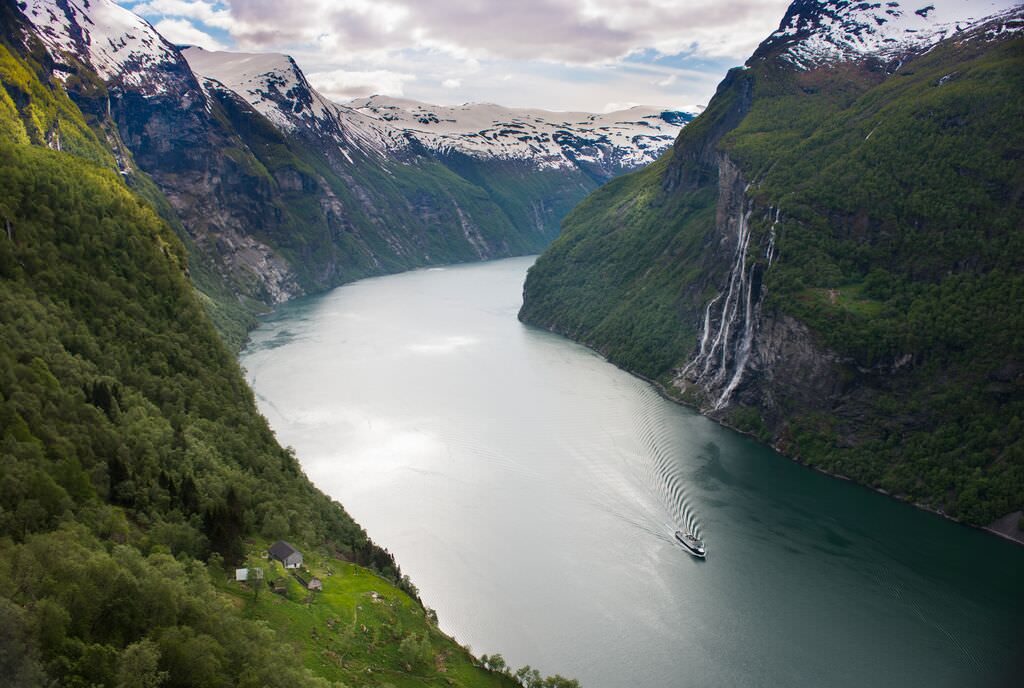 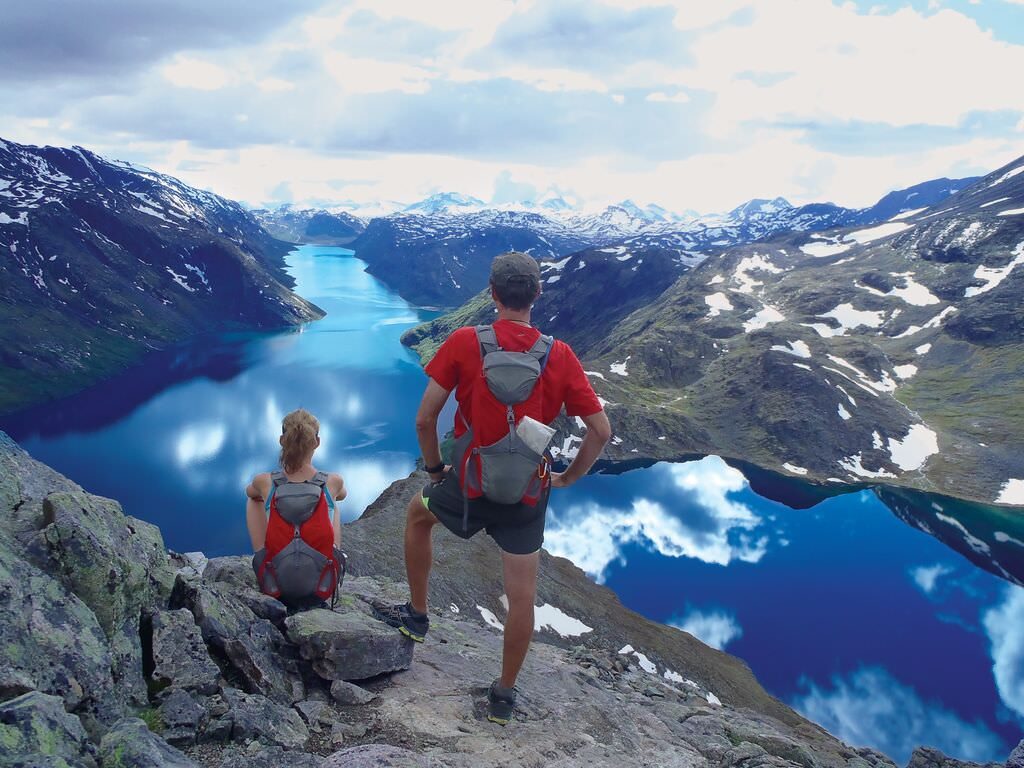 The port city of Bergen

Many places in Norway were used as references for Frozen. One of them is the Bryggen district in the city of Bergen in southwestern Norway, known for its rows of colorful wooden buildings with triangular roofs. The Queen of Stavkirke

The Queen of Stavkirke is a nickname for the wooden church in Urnes that became the first Norwegian World Heritage Site. It is the oldest wooden church in the country and is notable for its entirely wooden construction—it does not use any nails. The way the church stands atop a cliff led people to begin calling it a “queen.” 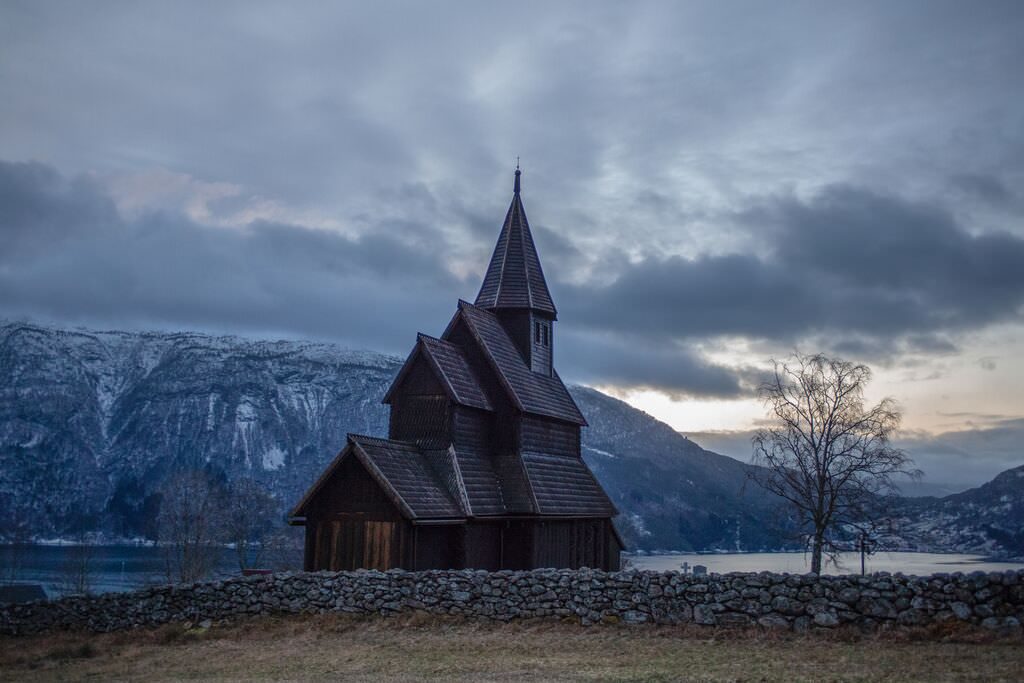 The capital of Oslo, the center of Norwegian culture

The capital of Oslo is the political heart of the country, since it is the home of the royal palace as well as the seat of executive, judicial and legislative power. True to its role as the capital of an environmentally conscious country, Oslo earned the title of European Green Capital in 2019 for its achievements in environmentally friendly urban development, such as biofuel- and electric-powered public buses and clean water. 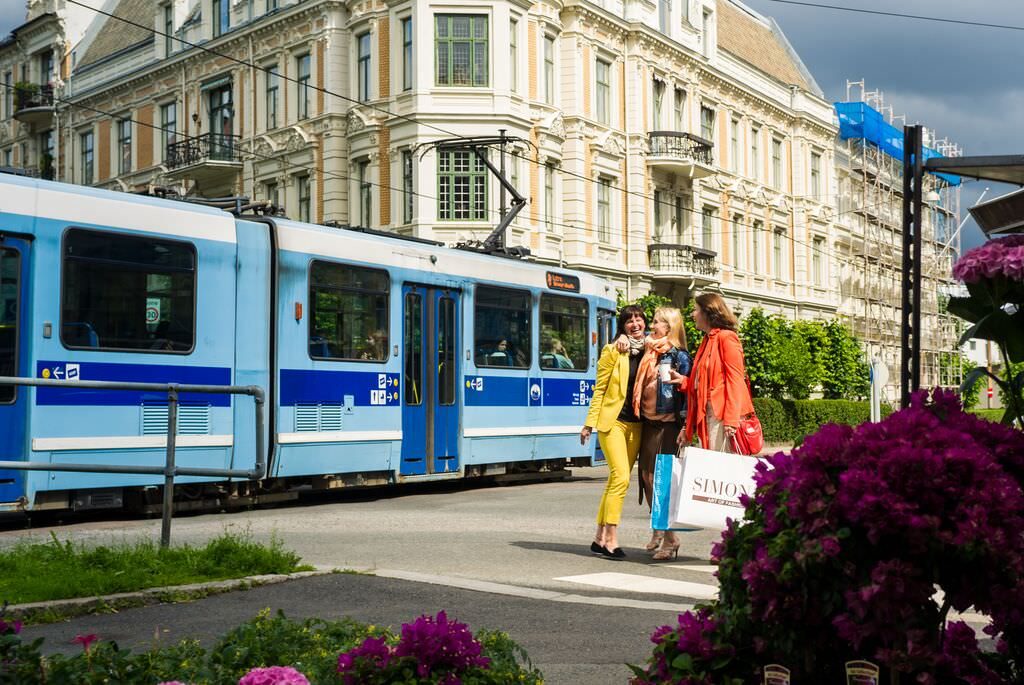 Oslo is also well known as a city of the arts. The Norwegian National Gallery, which just opened in June 2022, has over 6,500 works of art on display, including The Scream by Norwegian painter Munch.

The city is also home to many other culturally important institutions, including the National Opera & Ballet Theater (commonly called “The Opera House”) whose building is known for its highly modern design, Oslo City Hall, which holds the Nobel Peace Prize award ceremony, and the Nobel Peace Prize Center across the street.

Røros is a beautiful village in central Norway that UNESCO registered as a World Heritage Site in 1980. Røros is said to be the coldest place in Norway, and for centuries, its people have made their living by making wool goods from the sheep they raise in the nearby mountains, where temperatures can fall as low as 40°C below zero. 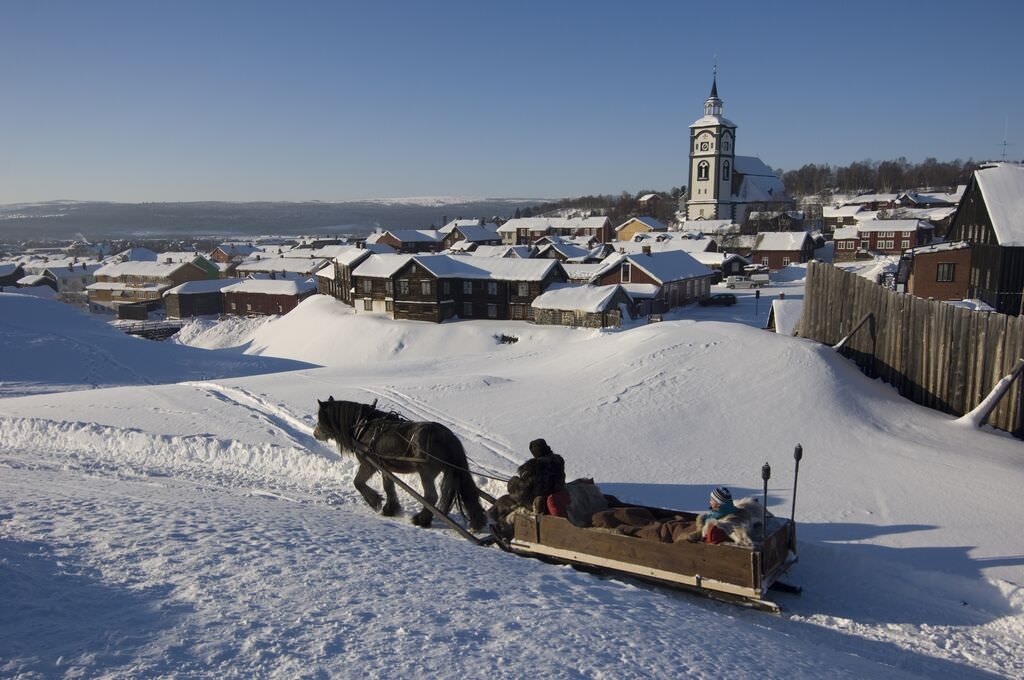 The Røros Tweed company, which was founded in the village in 1938, began as a small weaving business whose fabric was woven by hand in individual family homes. From those humble beginnings, the company gradually gained notoriety for the high quality of its new wool and grew into a brand that is now known throughout the world.

Røros Tweed blankets are beloved for their excellent heat retention and moisture-regulating properties paired with their soft and supple texture. There are many variations in design, including the ‘ISBJORN’ with its cute white bear pattern and other gentle, soothing design and coloring. Further, because they are so durable, pilling-resistant and stain-resistant, they’re a very popular as souvenirs that become better with use.

We’d like to feature two songs sung by the Norwegian Girls Choir. This choir was founded as a continuation of its predecessor, the Norwegian Broadcasting Company’s Girls Choir, which was founded in 1947. This is the leading girls’ choir in Norway, and it has fostered a large number of great musicians and played a significant role in Norwegian arts and culture.

Musicians recommended by the Embassy of Norway in Japan

In closing, we would like to introduce the musicians recommended by the Embassy of Norway in Japan.

Aurora was raised among the fjords and mountains of Bergen in Norway. With catchy, dreamy and emotional pop songs, often with a touch of mystery, Aurora has managed to build up a huge international fan base. In 2019, she contributed backing vocals to “Into the Unknown” from the Frozen II soundtrack and performed the song live on February 9, 2020 as part of the 92nd Academy Awards.

Norwegian soprano Lise Davidsen burst onto the international stage in 2015 by winning multiple prizes at the Operalia, Queen Sonja and Hans Gabor Belvedere competitions. These were swiftly followed by triumphant debuts at the Metropolitan Opera, Royal Opera House Covent Garden, Teatro Alla Scala Milan, Bayerische Staatsoper, Wiener Staatsoper, and the Aix-en-Provence, Bayreuth and Glyndebourne Festivals. She has been named “one of the greatest singing talents to emerge in decades” and her voice has been described as “one in a million.”

Mathias Eick is among the most immediately recognizable soloists to have emerged from the Norwegian jazz scene, and his wistful trumpet sound and strongly melodic compositions have met with a positive response around the world.

For My Grandmothers by Mathias Eick

What did you think of your music journey to Norway? There are still many more places to go! Please look forward to our next destination. 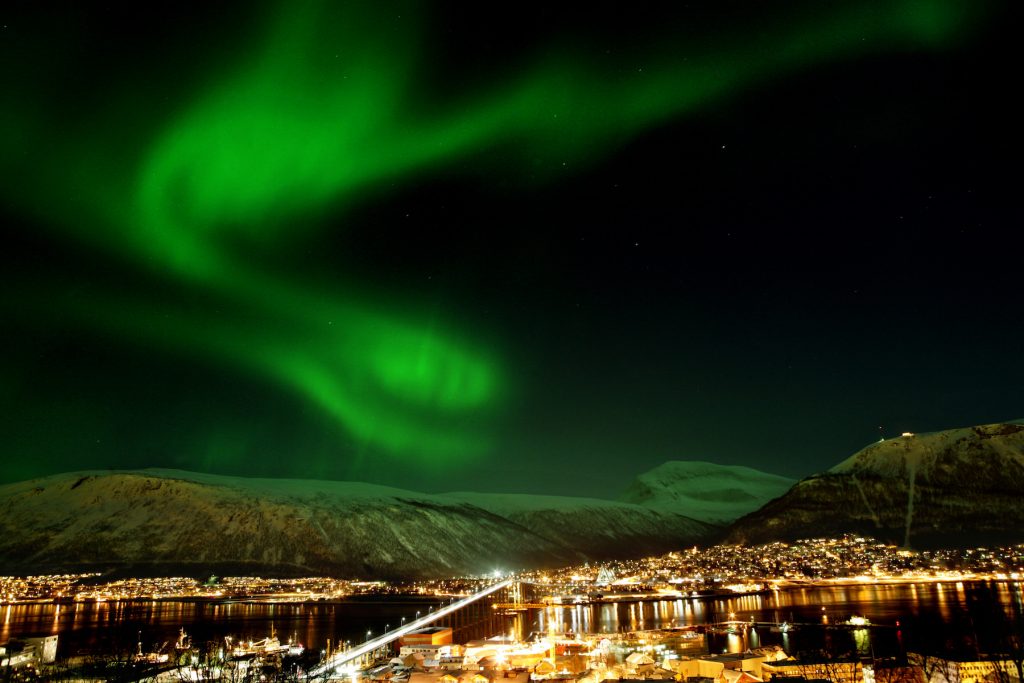 (Produced in collaboration with the Embassy of Norway in Japan, who also provided photos.)