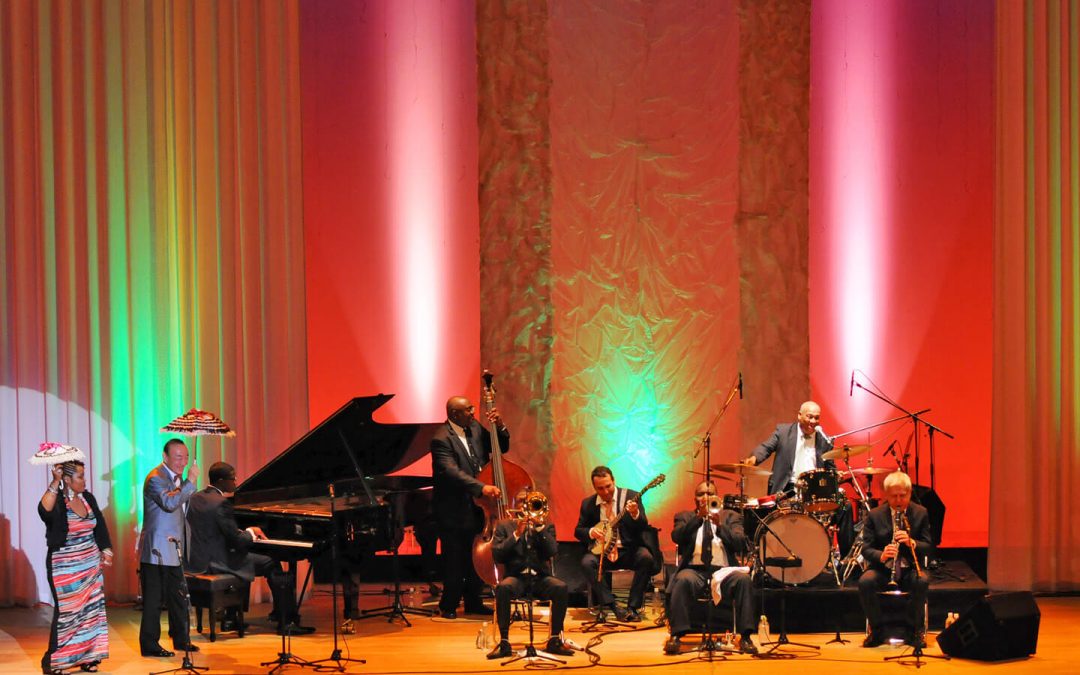 Shannon Powell and the band onstage

“Let’s fly down or drive down to New Orleans / That city has pretty historic scenes / And I’ll take you, and parade you down Bourbon Street.”

A concert of the Shannon Powell Traditional All-Star Jazz Band began with the cheerful rhythm of an all-time Dixieland favorite, “Bourbon Street Parade.” During June and July, audiences in 12 cities across Japan were taken on a lively audial tour of New Orleans by Shannon Powell and Yoshio Toyama. This Min-On jazz concert series was entitled Dixieland Jazz Festival in 2014.

Shannon Powell—a virtuoso drummer who is considered a living legend of Dixieland jazz—was born and raised in New Orleans, the birthplace of jazz. Surrounded by the rhythms of jazz and many legendary musicians since his birth, Powell began to play the drums in public at the age of six and has developed his eminent professional career since he was 14. Powell shared some good times in New Orleans with his old friend Yoshio Toyama in the late ‘60s while the latter was developing his international career as a Japanese Dixieland jazz musician. Toyama is a trumpeter and singer known as the “Japanese Satchmo” (a reference to Louis Armstrong).

On stage, the two New Orleans virtuosos, together with other master musicians, took a capacity audience on an exciting journey of jazz history with their lively performance of classic jazz numbers. Many members of the audience were dancing and marching through the concert hall aisles to the accompaniment of the Dixieland masterpiece, “When the Saints Go Marching In,” at the finale of the delightful festival.