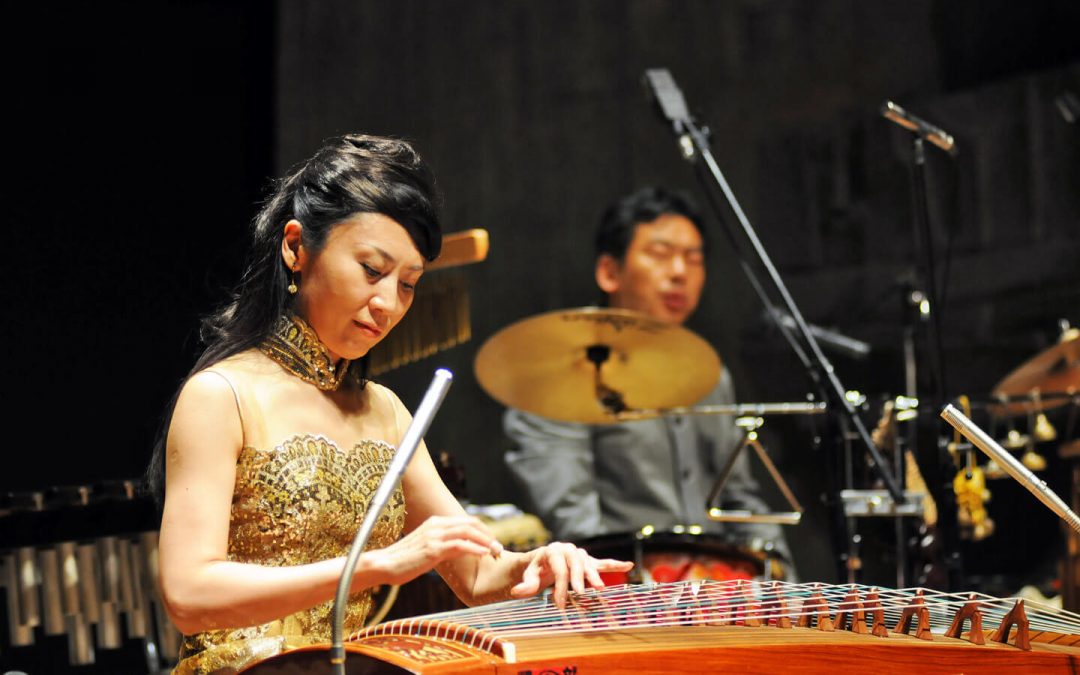 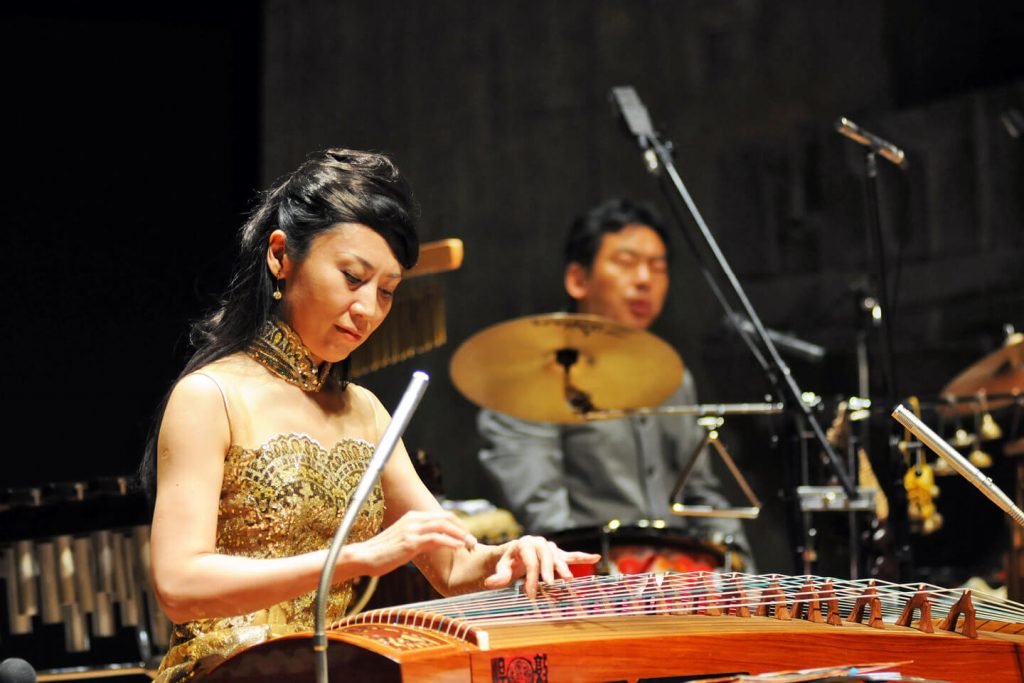 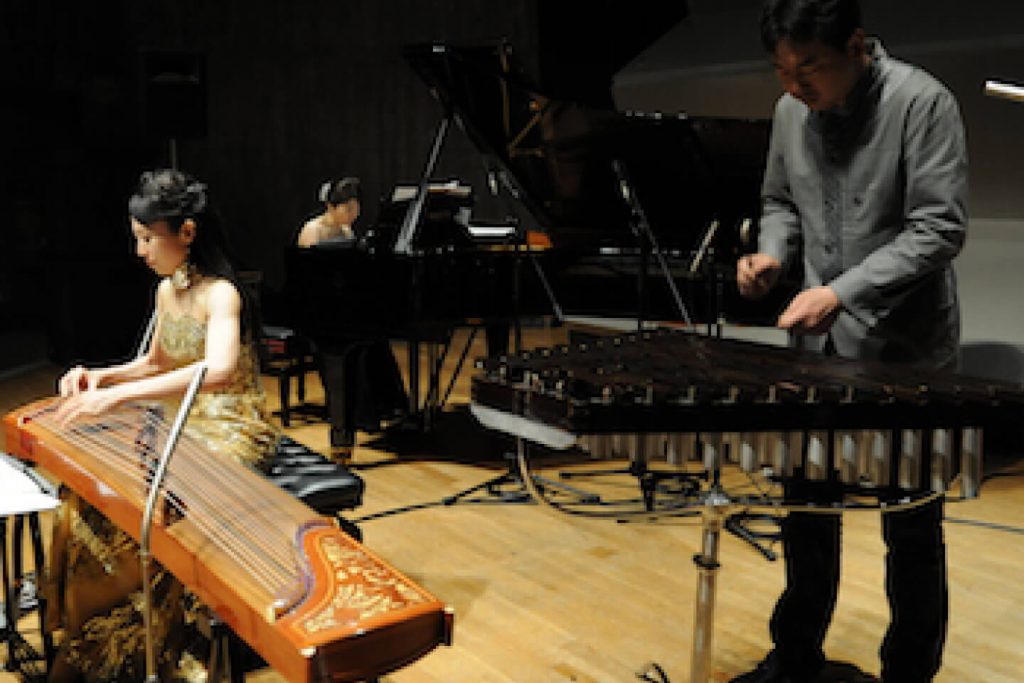 “Even in the deepest quiet of a snowy day, there was a resonance within the stillness. I was staring at the falling snow from a window and spontaneously composed this piece for my guzheng.” With these words, Jiang Xiaoqing, an internationally acclaimed player of the guzheng (also known as the Chinese zither), introduced her original composition entitled Fuyu-Yuki (The Winter’s Snows) before the graceful sound of the guzheng transported audiences to an exquisitely serene place.

On January 16, a unique recital by the guzheng master, accompanied by Chinese xylophone master Ma Ping and Japanese classical pianist Rie Nishimoto, was held at a sold-out Yokohama Kanai Hall. A varied program ranging from traditional and classical to popular and New Age music offered the audience a tranquil afternoon in the harbor city. Born in Beijing, Jiang Xiaoqing was tutored by acclaimed guzheng players from the age of eight and had mastered the five major performance styles at The Chinese National Central Conservatory of Music by the age of fifteen. In Japan, she joined Ryuichi Sakamoto on the soundtrack for The Last Emperor, which went on to win an Academy Award for music. Since then, she has cemented her reputation as one of today’s most elegant Chinese guzheng virtuosi plying concerts around the world. Min-On has sponsored several of her exceptionally beautiful performances throughout Japan.