Interview with H.E. Cheng Yonghua, Ambassador of the People’s Republic of China to Japan 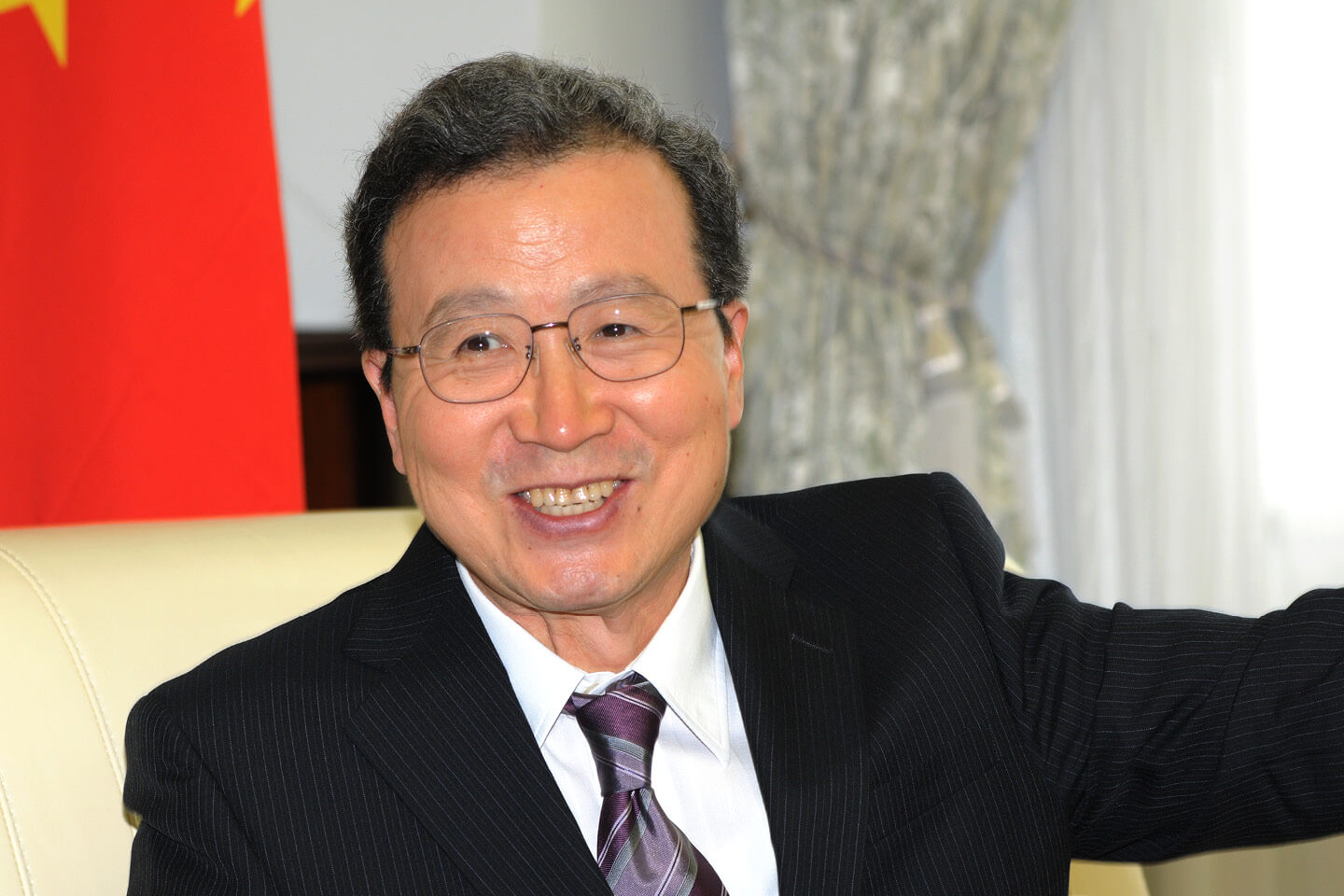 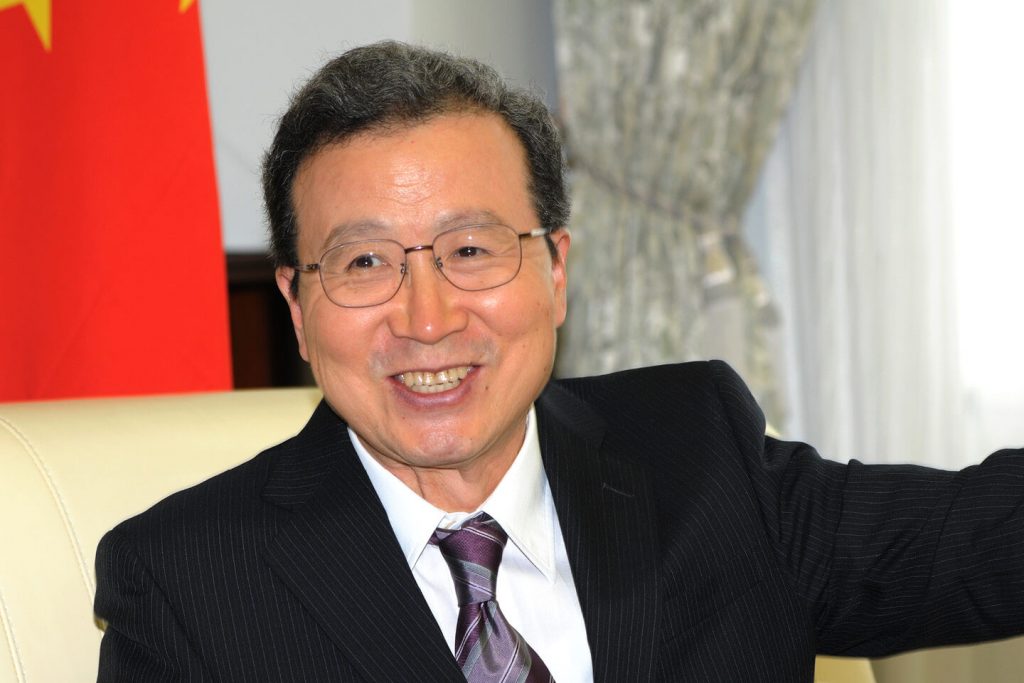 Ambassador Cheng was among the first students to come to Japan under a Chinese government scholarship in 1975, studying at Soka University in Hachioji, Tokyo. The university was established by SGI President Daisaku Ikeda, founder of the Min-On Concert Association. After graduating from Soka University, Cheng entered the Chinese Ministry of Foreign Affairs, and was posted to Japan from 1977, eventually serving as a counselor and deputy chief of mission at the Chinese Embassy in Tokyo. In 2006, he was appointed ambassador to Malaysia, and in 2008, he became ambassador to the Republic of Korea. Since 2010, he has been the ambassador of the People’s Republic of China to Japan.

Min-On: In 1975, the Min-On Concert Association invited the Beijing Art Troupe to Japan as the first of a series of cultural exchanges with the People’s Republic of China. Since then, we have been very happy to bring various performing artists and groups from China on more than 40 separate Japan tours.

Ambassador Cheng Yonghua: First of all, as the ambassador of China, I would like to express sincerely my deepest appreciation to the Min-On Concert Association for its steadfast promotion of cultural exchange with China over so many years, under the initiative of Min-On Founder, SGI President Daisaku Ikeda. When the Beijing Art Troupe was invited by Min-On for the first Japan tour in 1975, I was a foreign student from China, studying in Japan at the Soka University. Together with my school friends, I had the opportunity of seeing the Troupe’s performance in Tokyo, and I can still vividly recall my wonderful memories of those days. Since then, I have admired the incredible efforts of the Min-On Concert Association at building mutual understanding between the people of our two countries. The Association has developed a bond of friendship through consecutive series of cultural exchanges almost every year since that time.

China and Japan have a relationship stretching back to ancient times, and there are many commonalities in our art and culture. However, it was only through those opportunities for cultural exchange that we could deepen our mutual understanding and strengthen the relationship between our two countries. In that sense, I sincerely wish to reiterate my admiration and gratitude toward the Min-On Concert Association for its untiring efforts and accomplishments over the past 40 or so years. 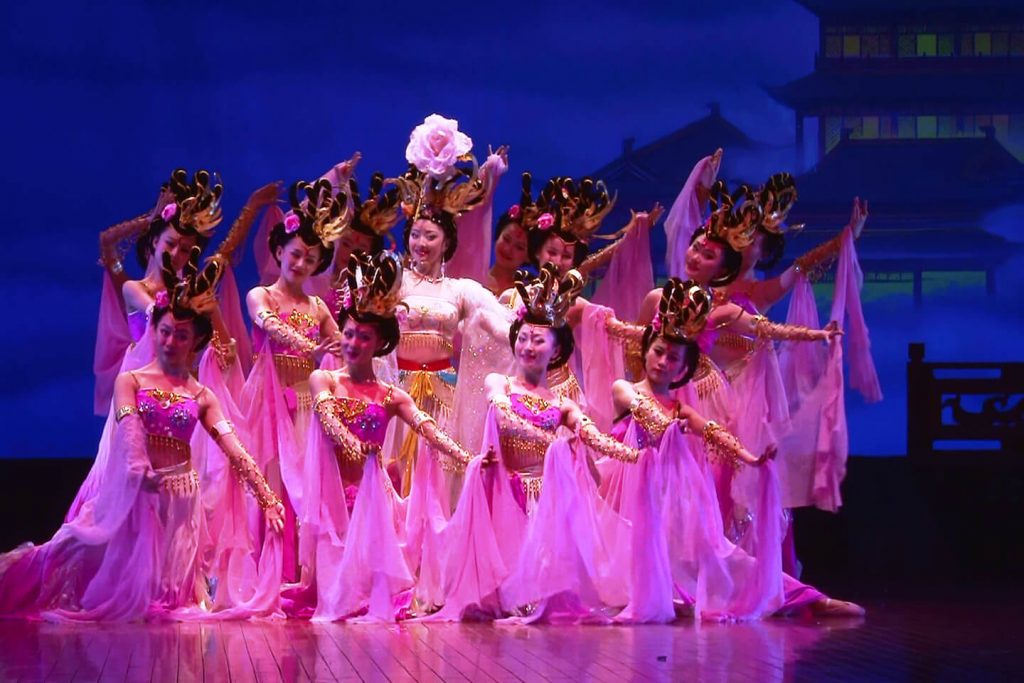 Min-On: This year marks the 40th anniversary of the normalization of diplomatic relations between Japan and China, and to celebrate this auspicious occasion, Min-On invited the Shaanxi Song and Dance Troupe to tour Japan. Could you briefly tell us your thoughts about art and culture in China?

Ambassador: I heard that this performance by the Shaanxi Song and Dance Troupe is about the old Chinese capital of Chang’an, and that it introduces ancient Chinese music and dance culture based on the historically factual story of a Japanese envoy to China. The envoy was a student named Abe-no-Nakamaro, who studied and lived in the capital city of Chang’an during the Tang Dynasty in 8th century China, and who dedicated his life to the Chinese people. I am really looking forward to seeing the Tokyo premiere of this performance in July. The Tang Dynasty period in China was a time when the empire achieved great richness in its arts and culture, and its capital, Chang’an, became an unprecedentedly cosmopolitan urban center. The imperial government at the time actively promoted cultural exchanges with many different countries, including Japan. I hope that through this Japan tour by the Shaanxi Song and Dance Troupe Japanese audiences will be able to glimpse the international atmosphere of the ancient Chinese capital of Chang’an. I hope they will enjoy the variety of China’s flourishing music and dance culture.

This year, as part of the celebration of the 40th anniversary, both governments have organized more than 300 commemorative events in various places under the banner “Friendship Year for Japan-China People- to-People Exchanges”. We look forward to expanding the circle of cultural exchange and further deepening the spirit of friendship among the people of both countries. 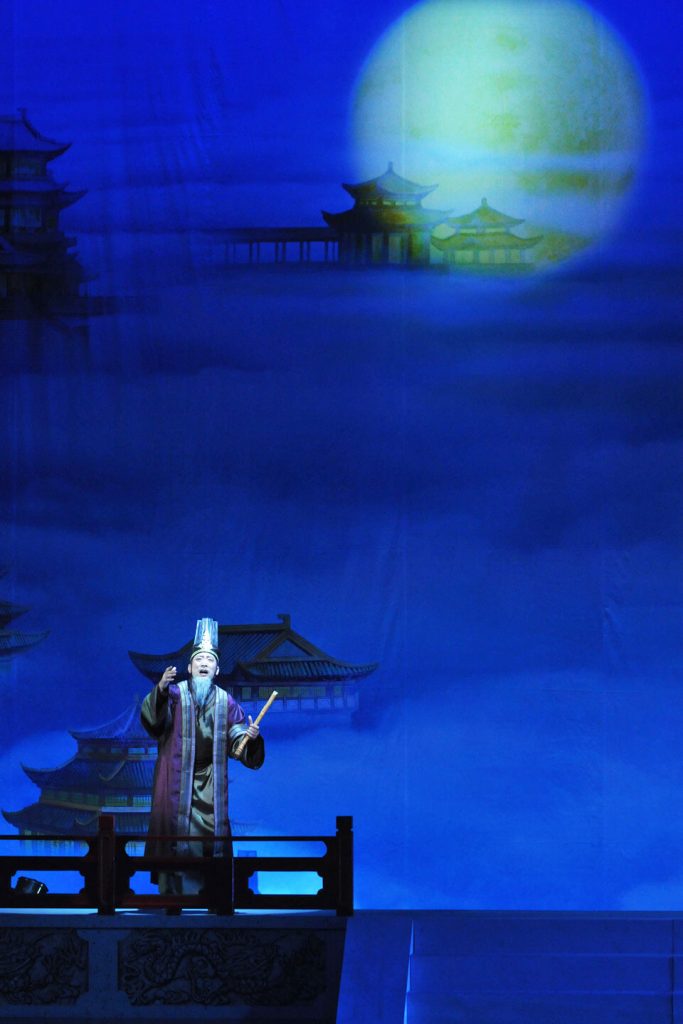 Scene from Moon Over the Capital

Min-On: Your Excellency came to Japan for the first time as an official student from China soon after the normalization of diplomatic relations between both countries. In a sense, this is the reverse of what Abe-no-Nakamaro did hundreds of years ago. Of course, the historical background and cultural circumstances were completely different, but could you share with us your experience of interacting with Japanese culture as a foreign student, and your memories of those days in Japan?

Ambassador: I came to Japan to study with the specific goal of entering the diplomatic service in the future. Therefore, I endeavored to learn about every aspect of Japan and seriously to absorb as much Japanese culture as possible. In 1975—the same year that Min-On invited the Beijing Art Troupe to Japan—I enrolled at Soka University. It was only a few years after Sino-Japanese diplomatic relations had been normalized, so it was still very rare to have an opportunity to see any sort of cultural or educational exchange between the two countries. Yet Min-On committed itself to extending consecutive invitations to groups of performing artists from China, and indeed, I can still clearly remember that Min-On had The Shanghai Peking Opera Troupe onstage in Japan in the following year, 1976, as the second engagement in a series of cultural exchanges. The Troupe’s performances earned a great response from the public in a number of cities during that first tour of Japan.

Around the same time, Soka University committed itself to accepting official foreign students from China—something that was unprecedented at the time. The teachers and students at the university offered us a warm welcome and took good care of us. Through various exchange activities on campus, I learned a great deal during my student life at Soka University. In particular, SGI President Ikeda, the founder of Soka University, was generous with his time and encouragement, and I still deeply appreciate his personal care.

I have lots of wonderful memories of President Ikeda from my school days, but here I’d like to share just a few. Soon after I entered Soka University, President Ikeda visited our dormitory on campus and called together a gathering of the dorm students to encourage friendship among us. There, he courteously introduced each of the foreign students from China to the Japanese students. I felt the depth of his care and support, even when he was acting in a casual manner. One day he explained to us that because he speaks Japanese in the Edo dialect we should not think of him as a good example when learning Japanese, and he jokingly said, “All of you shall correctly learn standard Japanese, but not from me.” Yet he himself taught us about the Japanese language cheerfully and spontaneously. On another occasion, we met him near the school gate known as The Gate of Glory, where cherry trees were in full bloom. While we enjoyed the sight of the beautiful cherry blossoms, President Ikeda explained Japanese cherry-tree culture and the deep sentiments Japanese people feel toward the blossoms, and he proposed to plant a cherry tree on the Soka University campus in honor of the beloved late Premier Zhou Enlai. Indeed, we students from China together with some Japanese students planted a cherry tree later in the year. On many different occasions during my years at Soka University, I received tremendous encouragement and was able to learn a great deal directly from President Ikeda. All those precious experiences, together with what I learned, are now applied every day in fulfilling my official responsibilities as the ambassador of China to Japan, and I am deeply appreciative of that.