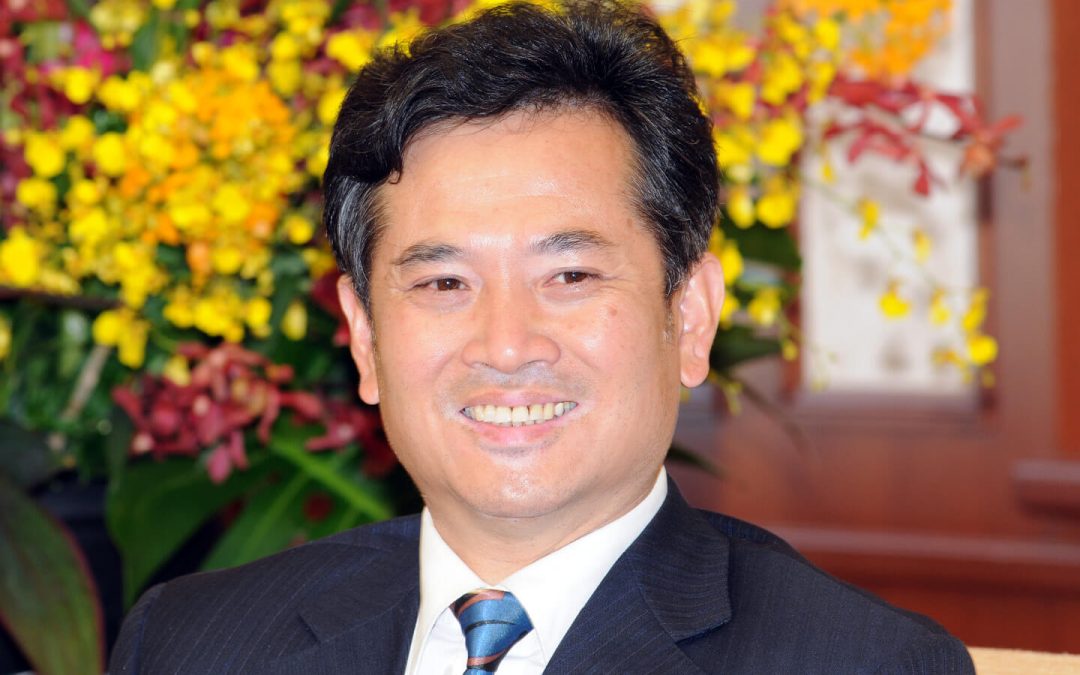 Min-On: The Shaanxi Song and Dance Troupe has performed in over 40 countries on the five major continents, and has won a renowned reputation over the course of its 70-year history.

Wang Hong: The Shaanxi Song and Dance Troupe grew out of the Northwest Art Troupe in 1968, which itself had originally been established in 1940. More recently, several performing arts groups from the Shaanxi region, including the Song and Dance Troupe, the Opera and Dance Drama Theater, the Orchestra, the Acrobatic Troupe and the Folk Art Theater, have come together under the umbrella of the Shaanxi Performing Arts Group. More than 700 performing artists and staff currently belong to the Group, and throughout its long history, it has cultivated a total of more than 3,000 artists. 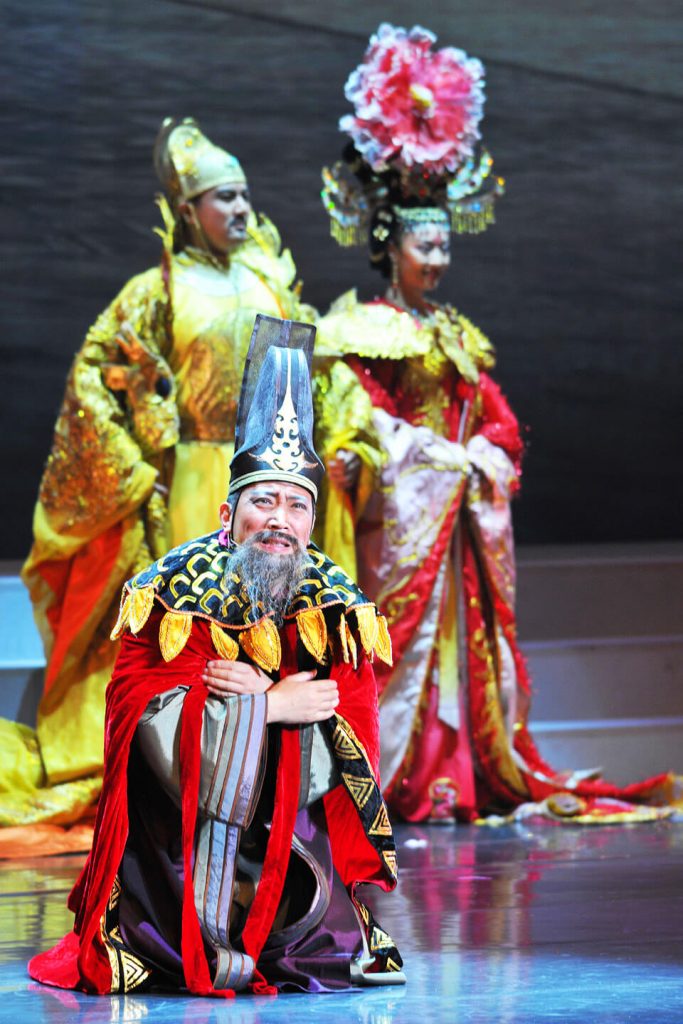 Your institution is based in the city of Xi’an, formerly the ancient Tang Dynasty capital of Chang’an. The Troupe has created a number of original productions that introduce the gracious culture and music of ancient imperial China, including Moon Over the Capital for this Japan tour.

Wang Hong:Actually, Chang’an served as the capital for 13 different dynasties in Chinese history. During the Tang Dynasty, it was one of the largest cities in the world with a population of over one million people. The city was connected by the Grand Canal with the ports of southern China, and by the overland Silk Road with the Middle East and Europe. Chang’an thereby attracted people from all over the world, and the number of foreigners reached more than 10 percent of the entire population. The foreigners arriving in Chang’an brought with them their own cultural traditions, and the city became a melting pot of culture and art. In our performance of Moon over the Capital — Song and Dance of the Tang Dynasty, we display mainly the distinctive music and dance handed down to us from the imperial court, but also represented are folk and musical traditions rooted in the commoners of ancient China, as well as the diversity of performing arts from foreign countries appreciated in the capital of Chang’an.

Min-On: Where did the idea come from for writing Moon over the Capital, a story based on the historical character of Abe-no-Nakamaro?

Wang Hong: When Min-On initially proposed this wonderful Japan tour, I started to think about Abe-no- Nakamaro as the main character in the story. Uniquely recognized in the history of ancient China, Nakamaro was a young Japanese man who came to Chang’an as a member of a Japanese diplomatic mission in the 8th century. He studied hard to pass a series of civil-service examinations, and eventually took several high-ranking administrative positions in the imperial government of Emperor Tang Xuanzong. Abe-no- Nakamaro was also a wonderful poet and formed close friendships with Li Bai and Wang Wei, the two foremost Chinese poets of the time. He dedicated his entire life to the imperial court and was beloved by the people of China. His name appears in Chinese history textbooks, he is celebrated in monuments and statues, and there’s even a memorial temple commemorating his lifelong devotion to China.

Min-On: This Japan tour of the Shaanxi Song and Dance Troupe was initially proposed in 2010 during a meeting between Ambassador Cheng of China and Min-On Founder Dr. Ikeda.

Wang Hong: Indeed, this production was not initially planned to coincide with this year’s celebration of the 40th anniversary of the normalization of diplomatic relations between China and Japan. However, it ended up premiering in Japan this year, and as a result, its story perfectly complements the significance of the celebration. I feel highly honored to be able to contribute to the ever-stronger bonds of friendship between our two countries.