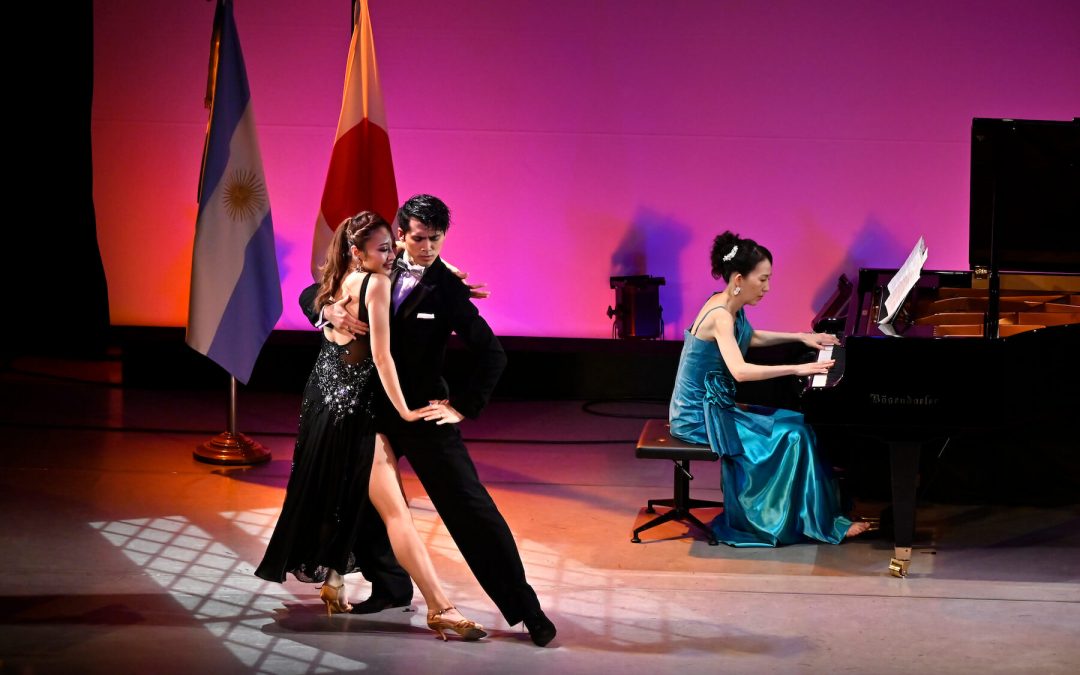 On May 17, the Min-On Concert Association organized “Tango Night in Tokyo,” a concert led by internationally renowned pianist Shizuka Shimoyama and held at the Akasaka Civic Center. The event was made possible in part through the cooperation of the Embassy of the Argentine Republic in Japan and support of the Minato Ward government in Tokyo. 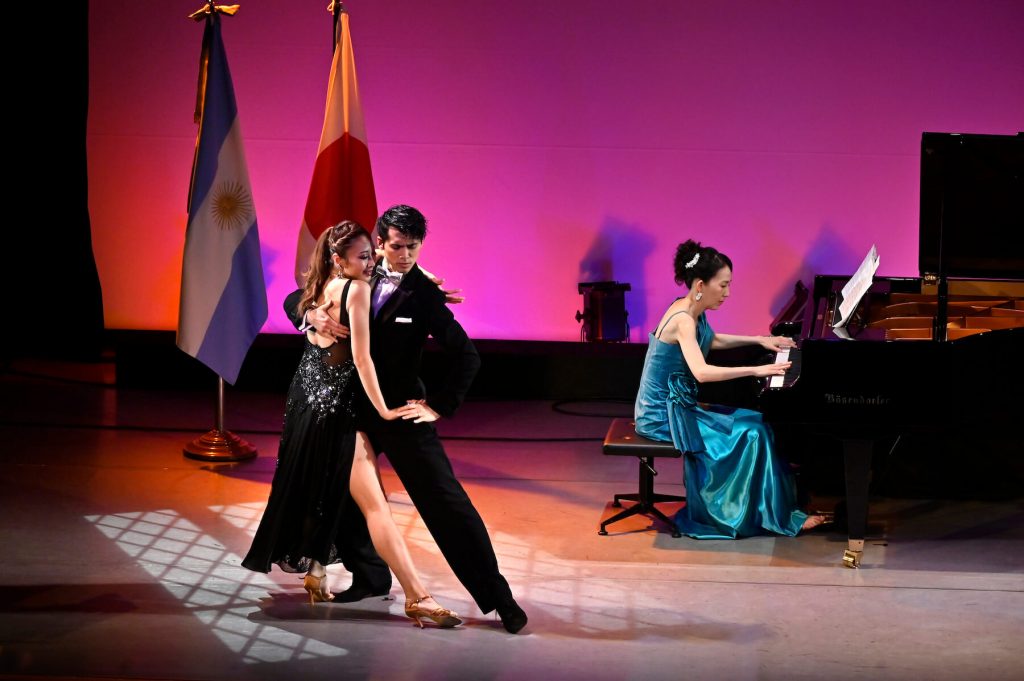 “Tango Night in Tokyo” opened with greetings from His Excellency Guillermo Juan Hunt, Ambassador Extraordinary and Plenipotentiary of the Argentine Republic to Japan, as well as from Min-On President Kazuto Ito.

The first half of the concert showcased Ms. Shimoyama on piano, playing favorite tangos such as “Adiós Nonino” and other iconic tango compositions by Argentinian composers Astor Piazzolla and Carlos Gardel. The Japanese pianist also provided brief commentary on each score. The highlight of the concert’s second half was a guest performance by dancers Nana Takano and Axel Arakaki, the latter crowned as Champion of the Tango Stage Category of the Tango Dance World Championship held in Buenos Aires, Argentina, in 2017. The “Nana & Axel” couple then danced to the tango played by Ms. Shimoyama, enthralling the audience. 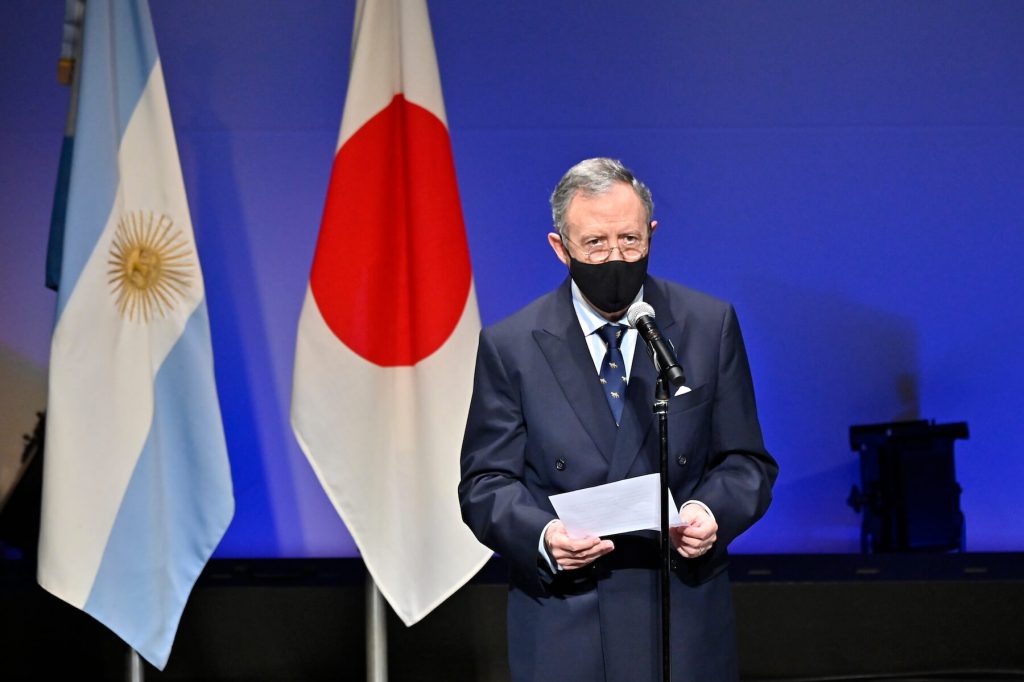 The program included an exhibition of posters from the Min-On Tango Series, which the association has organized for more than a half-century, and a special booth on the “Argentina BA Style” project that introduced Argentine culture and life that Min-On has partnered with the Argentine Embassy since April 2021. Both exhibition and booth were set up at the concert hall lobby.