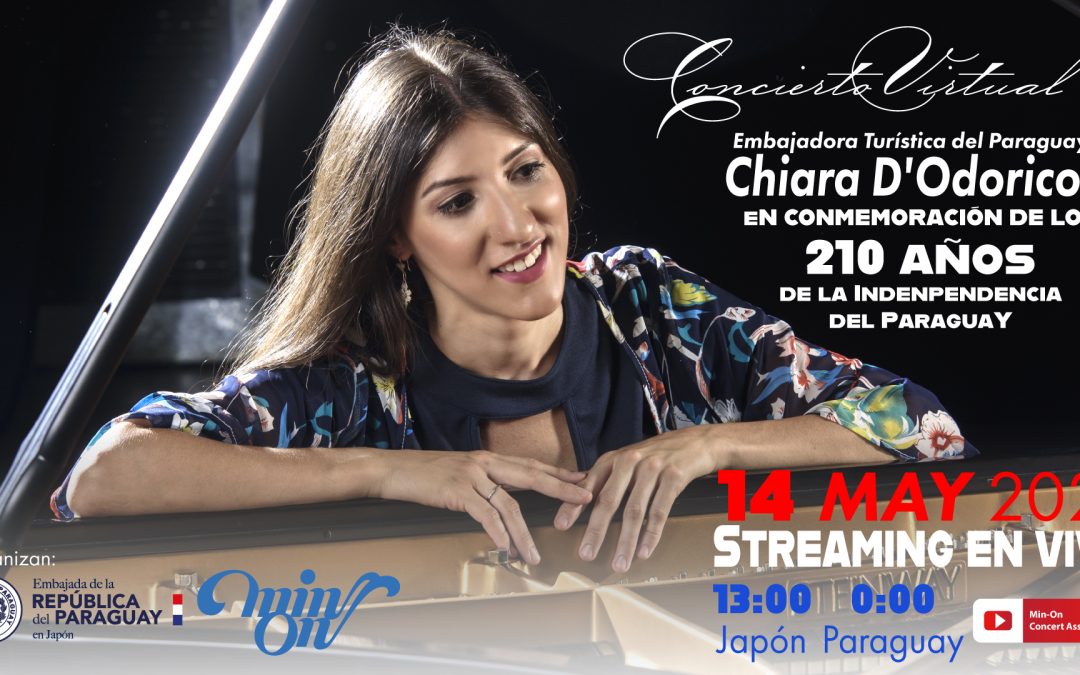 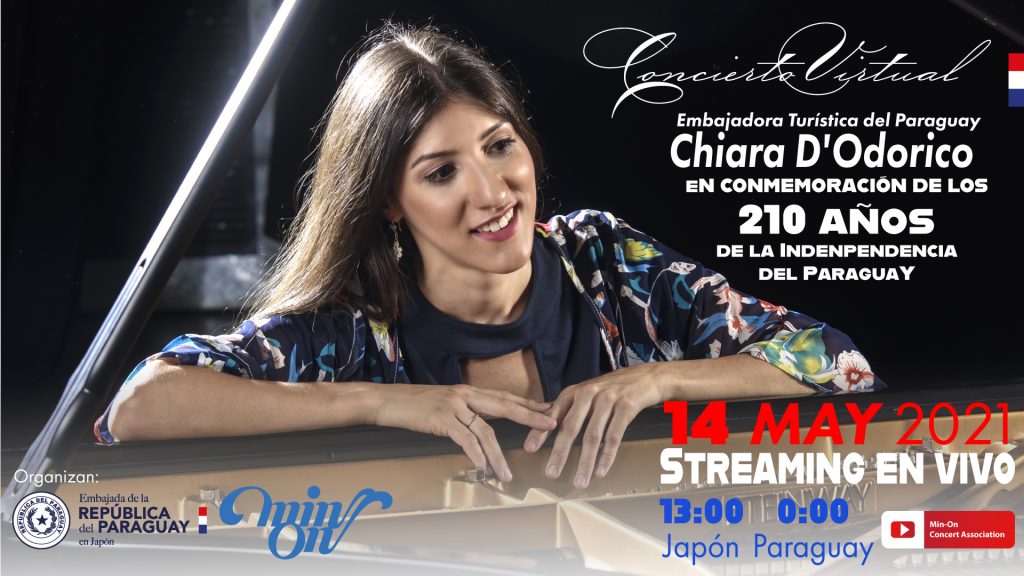 The Min-On Concert Association and the Embassy of the Republic of Paraguay in Japan will offer a virtual concert by Chiara D’Odorico in commemoration of the 210th anniversary of the Independence of Paraguay.

Chiara D’Odorico is one of the most renowned Paraguayan pianists.
She has been selected as an Honorary Tourism Goodwill Ambassador of Paraguay and as an Outstanding Youth of Paraguay, as well as been given the “Artificers of Change Award, Women who Innovate and Create.” Further, she was given the National Youth Award and the Respect for Contemporary Paraguayan Women Award from the President of Paraguay.

INFORMATION:
Chiara D’Odorico Virtual Concert
Commemoration of the 210th Anniversary of the Independence of Paraguay

Friday, May 14, 2021, 1:00 PM (Tokyo Time)
Link: https://youtu.be/8zIpsnY1wHE
Organized by: Embassy of the Republic of Paraguay in Japan and Min-On Concert Association

We invite you to participate in this online event in celebration of the 210 Years of Independence of Paraguay. 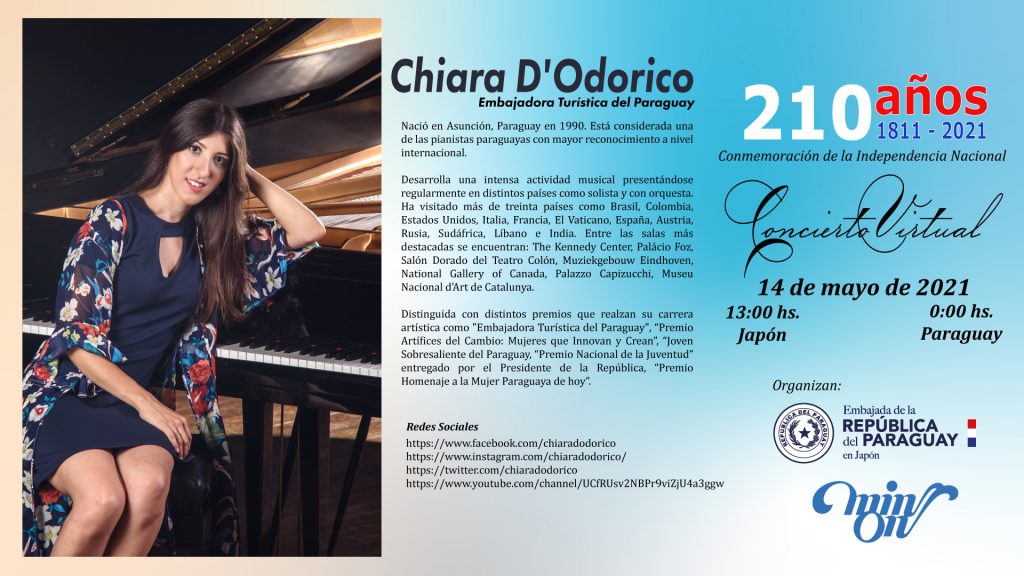