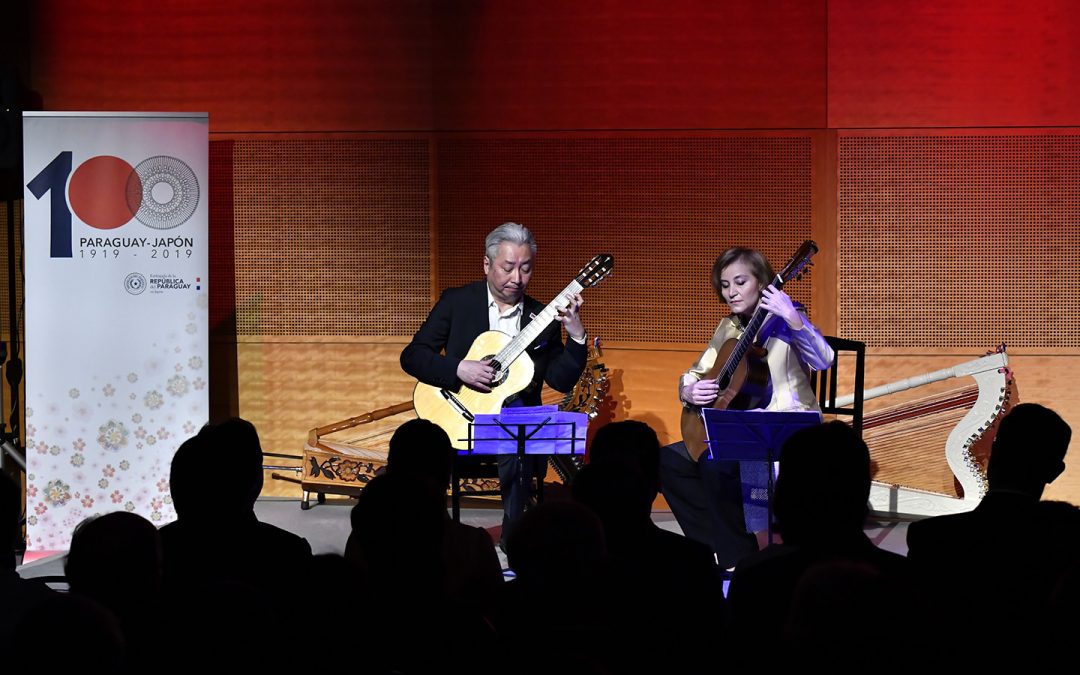 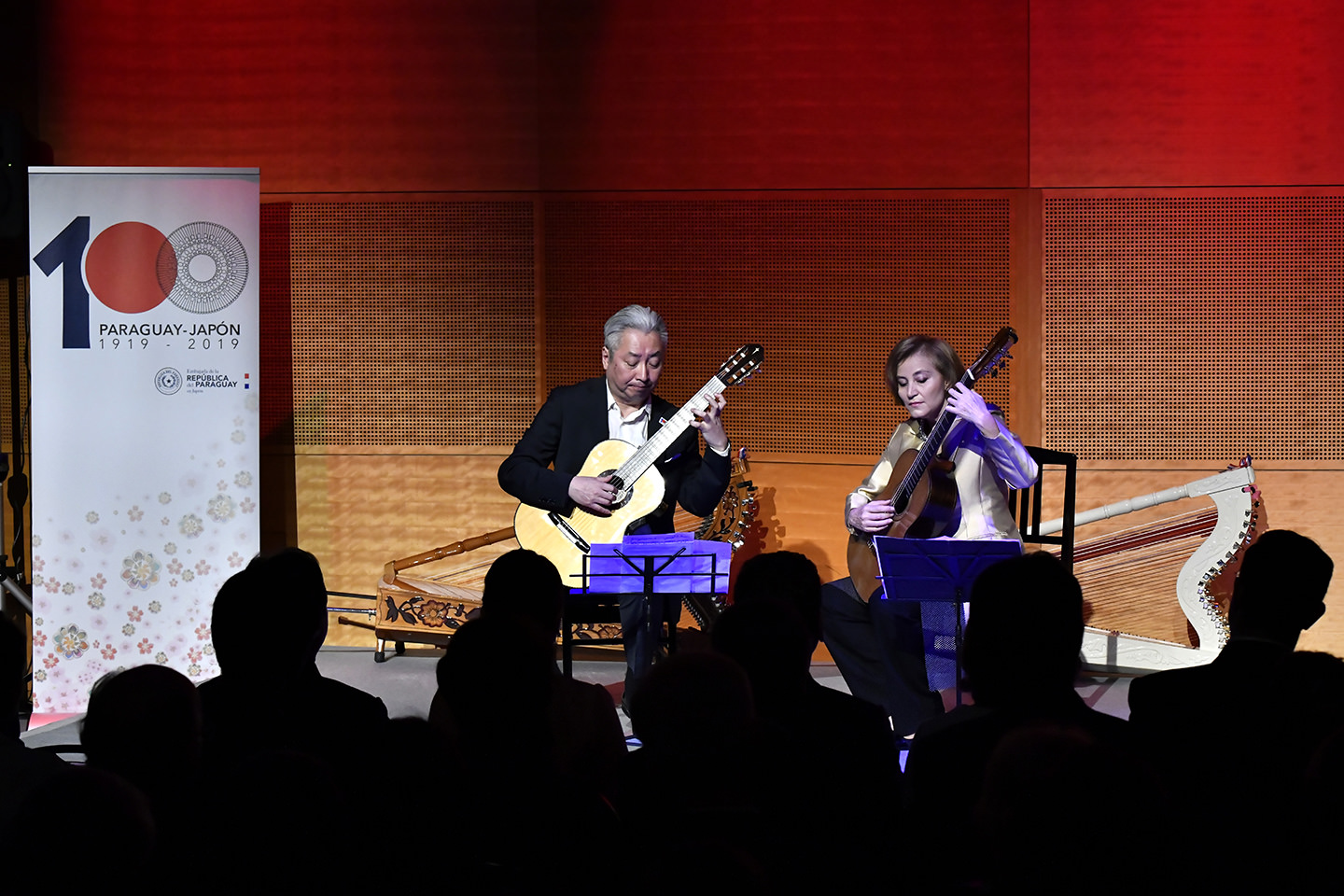 For guitar lovers, among the nations of Latin America, Paraguay is special. It is, after all, the birthplace of the famed composer Agustín Barrios Mangoré. A biographical film about Barrios, Mangoré, For the Love of Art, was shown in Japan the year before last. In that film, the sound for the guitar performances was provided by Mangoré’s compatriot, the world-famous guitarist Berta Rojas. Ms. Rojas was invited to Japan for a concert to commemorate the 100th anniversary of diplomatic relations between Japan and Paraguay.

The program opened with Suite in A Minor by Mexican composer Manuel Ponce. While the piece is from the first half of the twentieth century, it was written in the Baroque style on a request from classical guitar master Andrés Segovia. Ms. Rojas’s performance, which paired a South American liveliness with European elegance, gave a vivid picture of her skills.

Next, she performed pieces by Barrios. The first piece, Un Sueno en la Floresta (A Dream in the Forest) showed Ms. Rojas at her best, featuring exquisitely beautiful tremolo execution only possible on the guitar. After two more shorter pieces, Ms. Rojas’ performance of Barrios’ famous work La Catedral (The Cathedral) captivated the audience from its mystical first movement through its third movement, with its kaleidoscopic series of flowing passages. 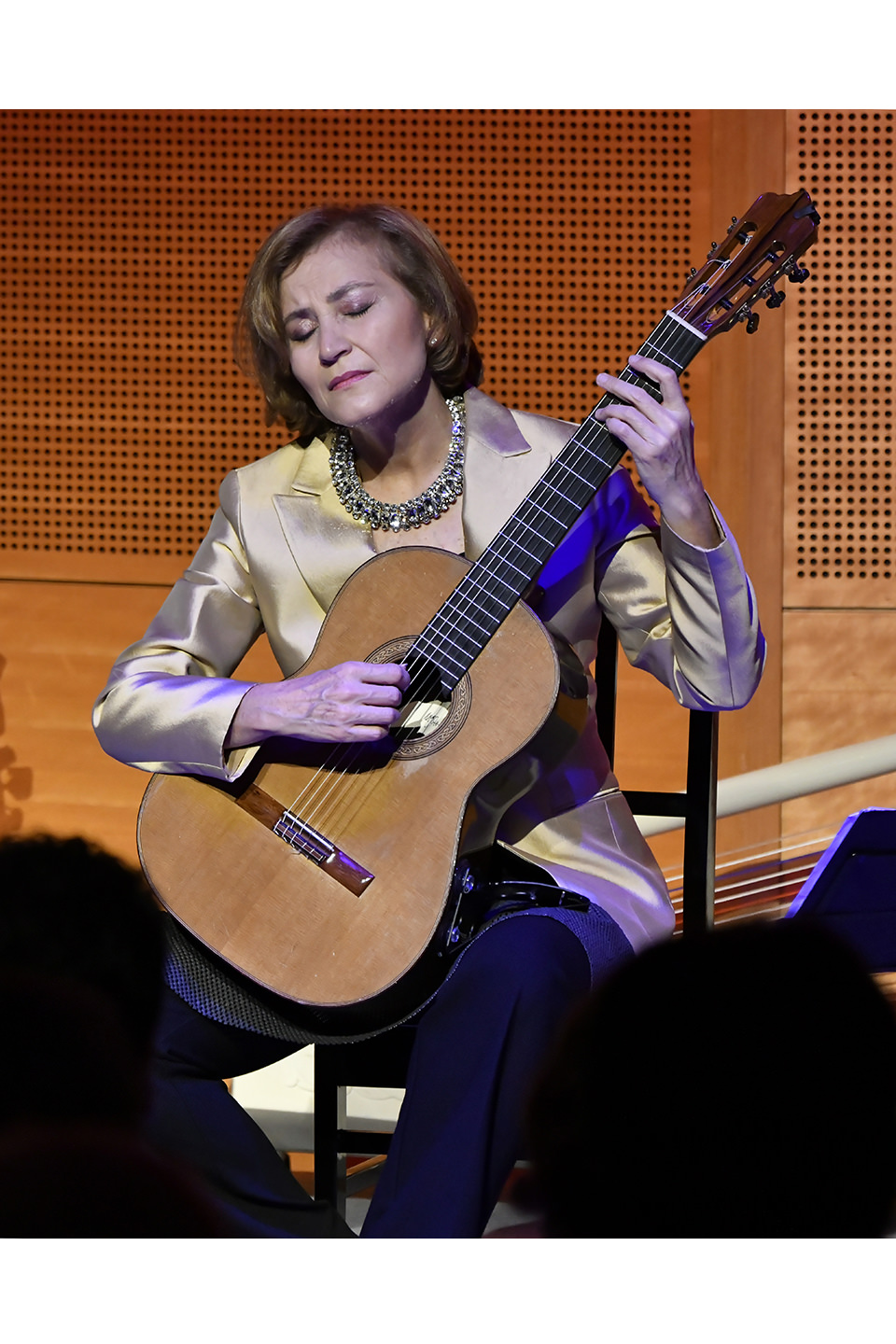 Near the end of the concert, the renowned Japanese guitarist Shin-Ichi Fukuda made a guest appearance. He and Rojas have been friends for twenty years, often performing together at guitar festivals overseas. Prefacing his first performance with the remark, “When it comes to Barrios pieces, no one can beat Ms. Rojas,” he played composer Toru Takemitsu’s A Boy Named Hiroshima. Next came Danza Paraguaya No. 1 (Paraguayan Dance No. 1). While the original was a solo, this version was the duet arrangement which Barrios himself had preferred, and their twelve strings came together as one to create a sound resembling a South American harp.

The composer Agustín Barrios Mangoré and these musicians, Berta Rojas and Shin-Ichi Fukuda, could be termed the greatest treasures of Japan and Paraguay. Their collaboration is a perfect symbol of the friendship between the two countries, and their smiles during the performance were enchanting. After the performance, the venue erupted in resounding applause and was filled with an air of electricity.