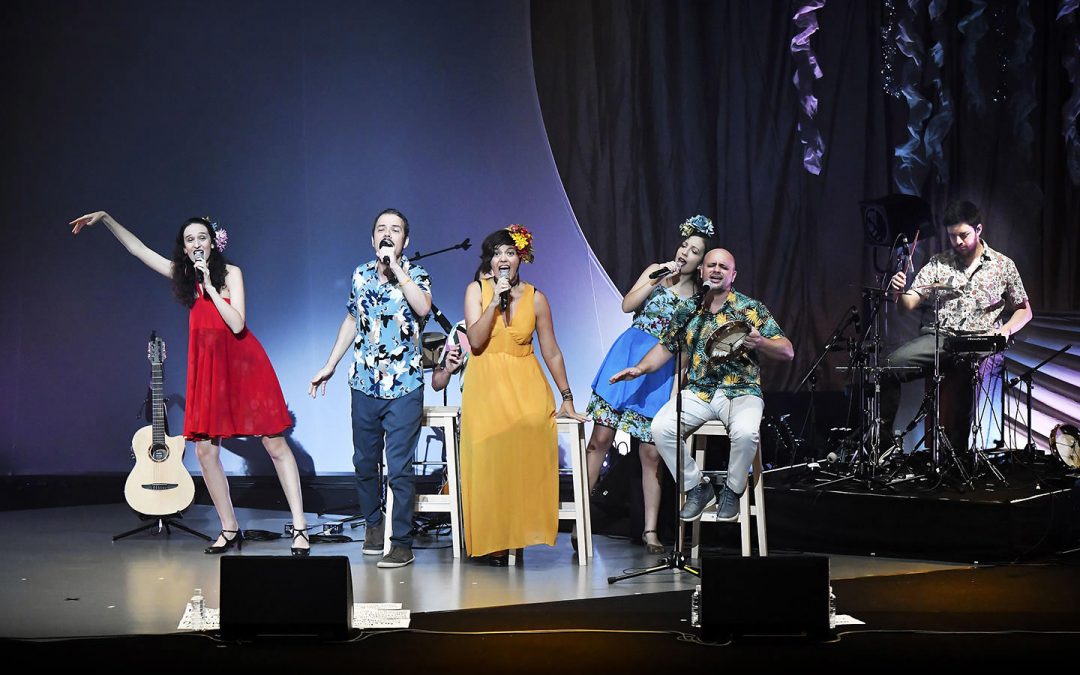 After winning Brazil’s National Vocal Group Competition, Ordinarius started including instruments alongside their acapella numbers, and the mixed seven-person group continues to bring wonderful music to the world.

November 13, the group made a goodwill visit to the Min-On Center. As the staff welcome them, Ordinarius broke out into a number on the spot. Their effortless, joyful harmony made everyone around them smile.

On November 16, the group performed their first concert at Iwakuni City Culture Center. They were nervous at the beginning of their first show in Japan, but the audience gave them a warm round of applause and the show was a successful start of their Japan tour.

During their tour, Ordinarius attended a reception with a local youth choir in Yonago, Tottori prefecture. The group were impressed by the choir, and guardians and staff in attendance were also visibly moved. 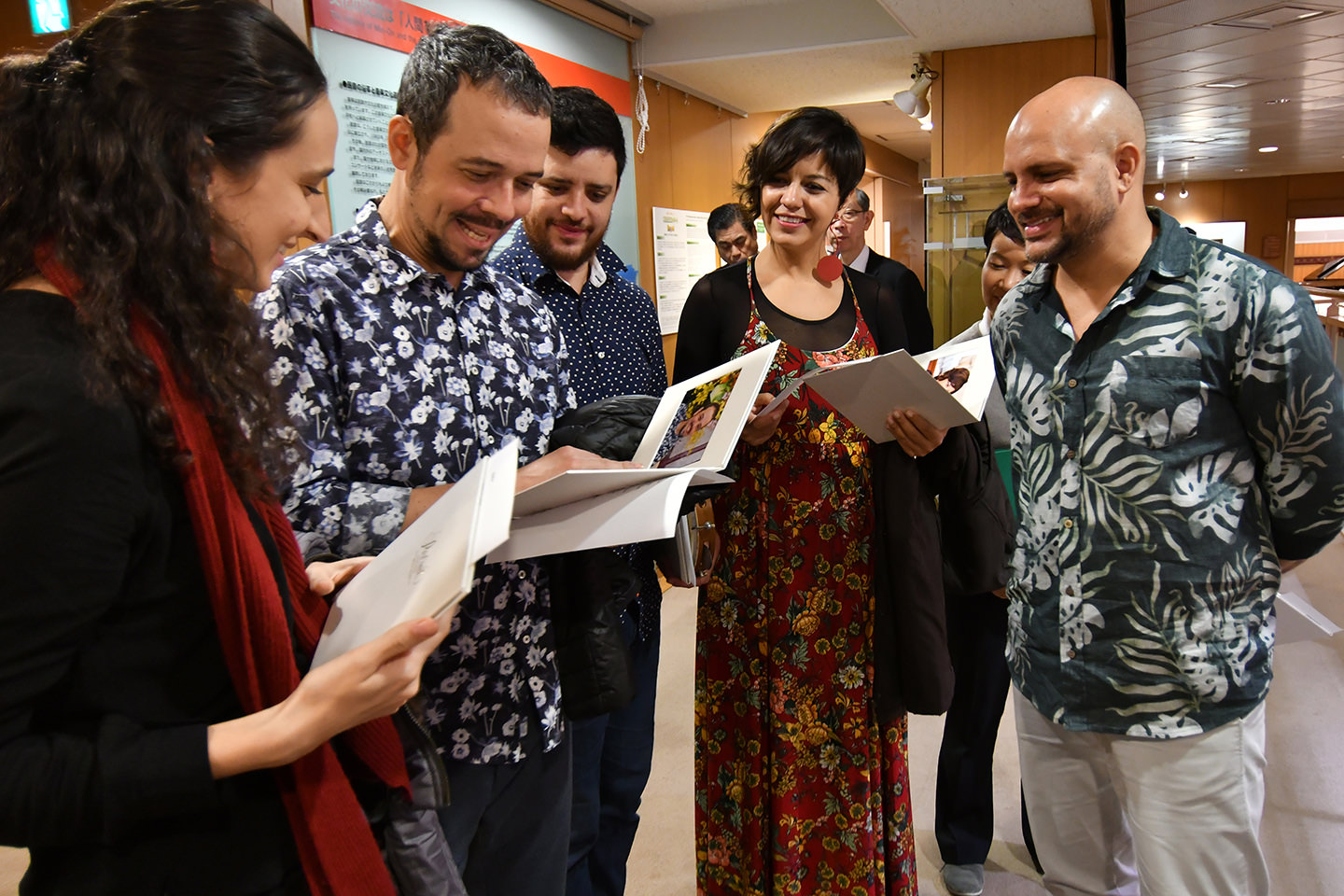 With a smile on their faces, Ordinarius said, “We will cherish this opportunity for the rest of our lives. We would love for all the children to visit Brazil in the future.”

The group concluded their 23 concerts in Japan in style with an amazing performance at the Naruto Bunka Kaikan. The members’ faces were full of joy for the entire show, and as they called out in Japanese, the audience showed their support throughout the lively venue. 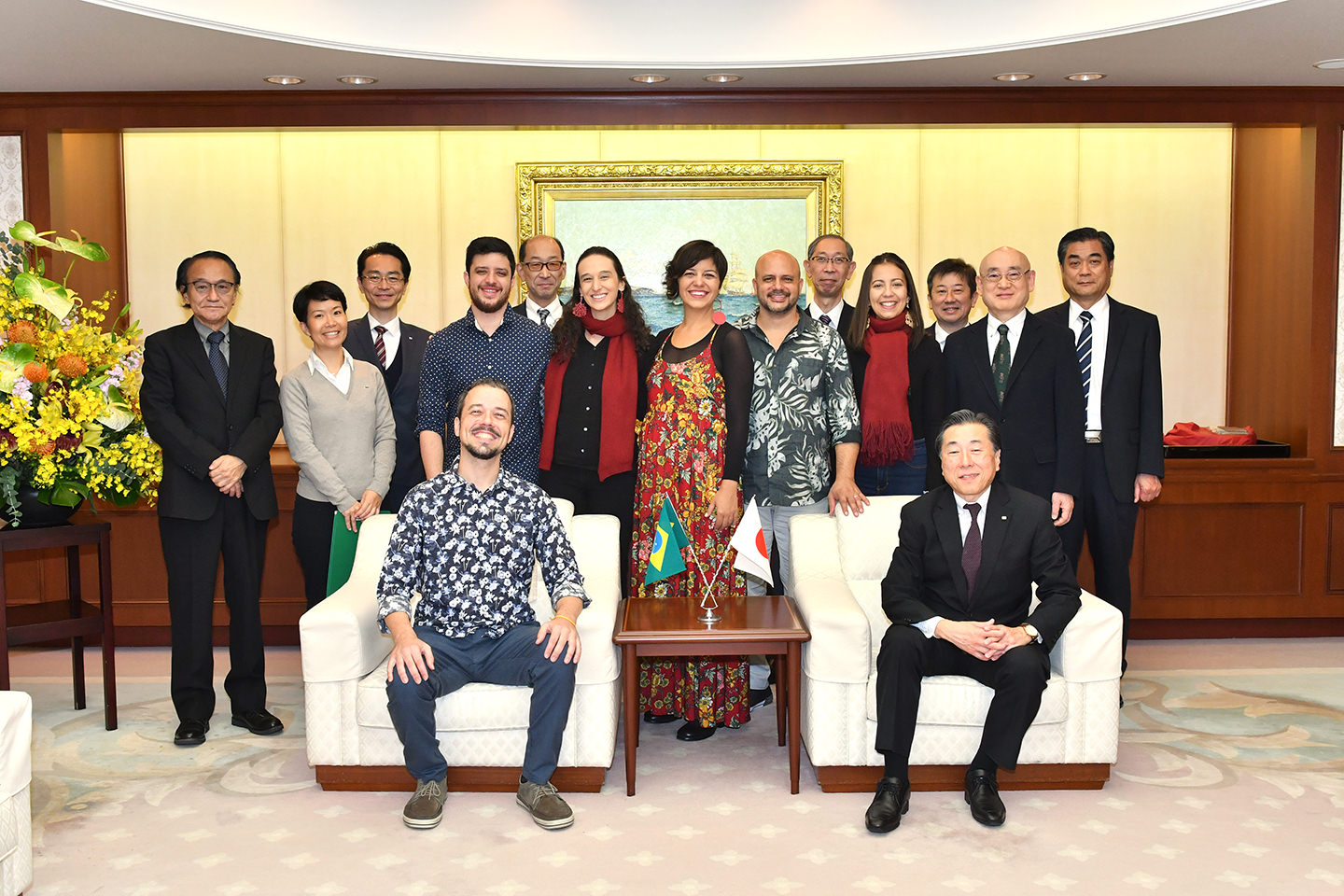 When the time came, each member was sad to leave, claiming they would never forget their experiences in Japan. They smiled brightly as they said a final obrigado (thank you) to the staff.

The group leader, Augusto, gave a heartfelt speech in thanks, saying, “We would like to thank Dr. Ikeda for being so kind to us all these years. Our time in Japan was like a dream. We played 23 concerts and were welcomed everywhere we went. This was an unforgettable experience. We want to extend our deepest gratitude to everyone who made these concerts possible—thank you.” 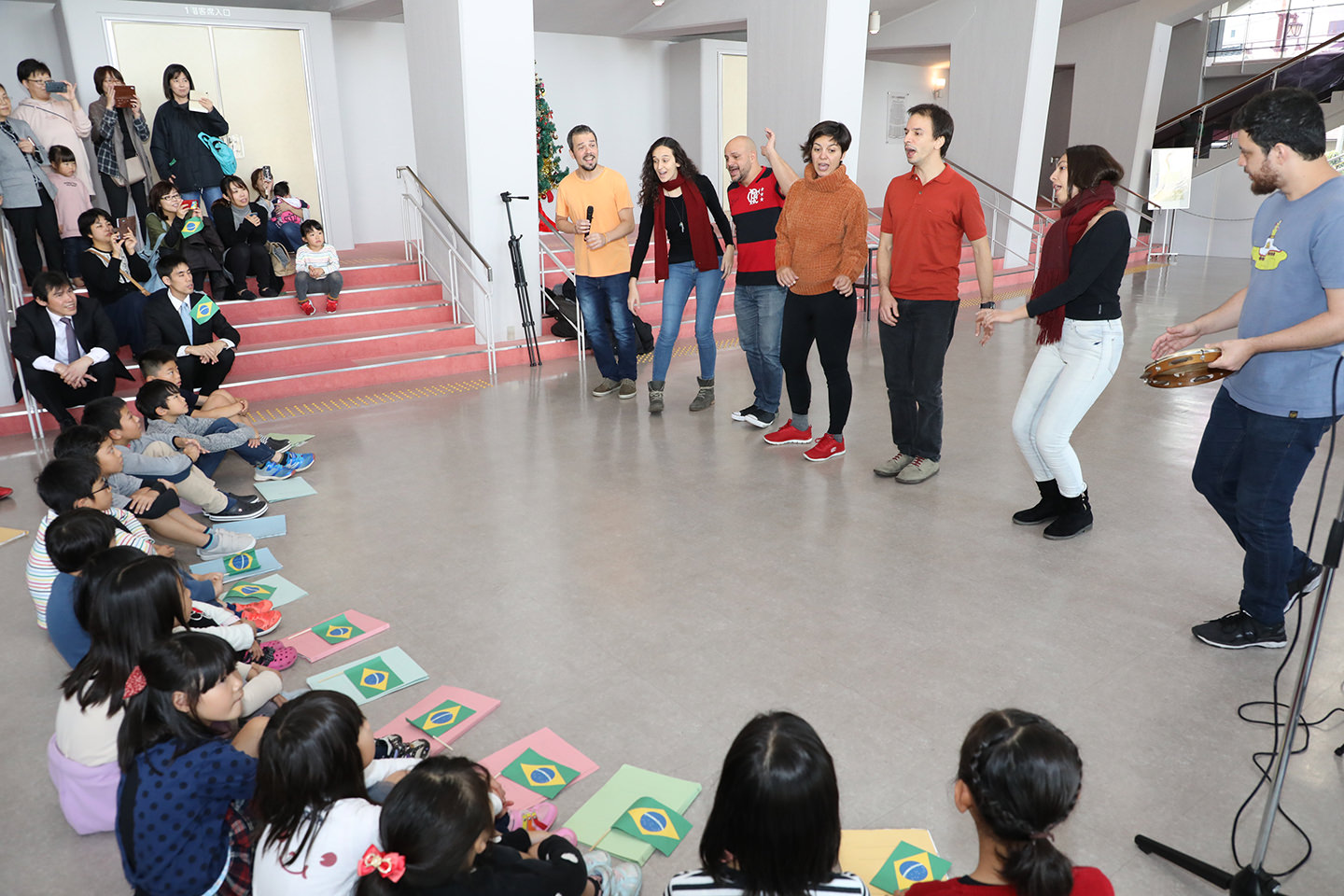