The 54-person Polish troupe Śląsk landed in Haneda Airport on October 16 for the commencement of celebrations of 100 years of diplomatic exchange between Japan and Poland. They began their performances on October 19 at Takasaki City Theatre.

Their concerts included over ten different types of national dress from Poland—they were almost like a fashion show. Between the costumes, the ceremonious ethnic dances and the fiery, powerful choruses, the stage was truly alive. 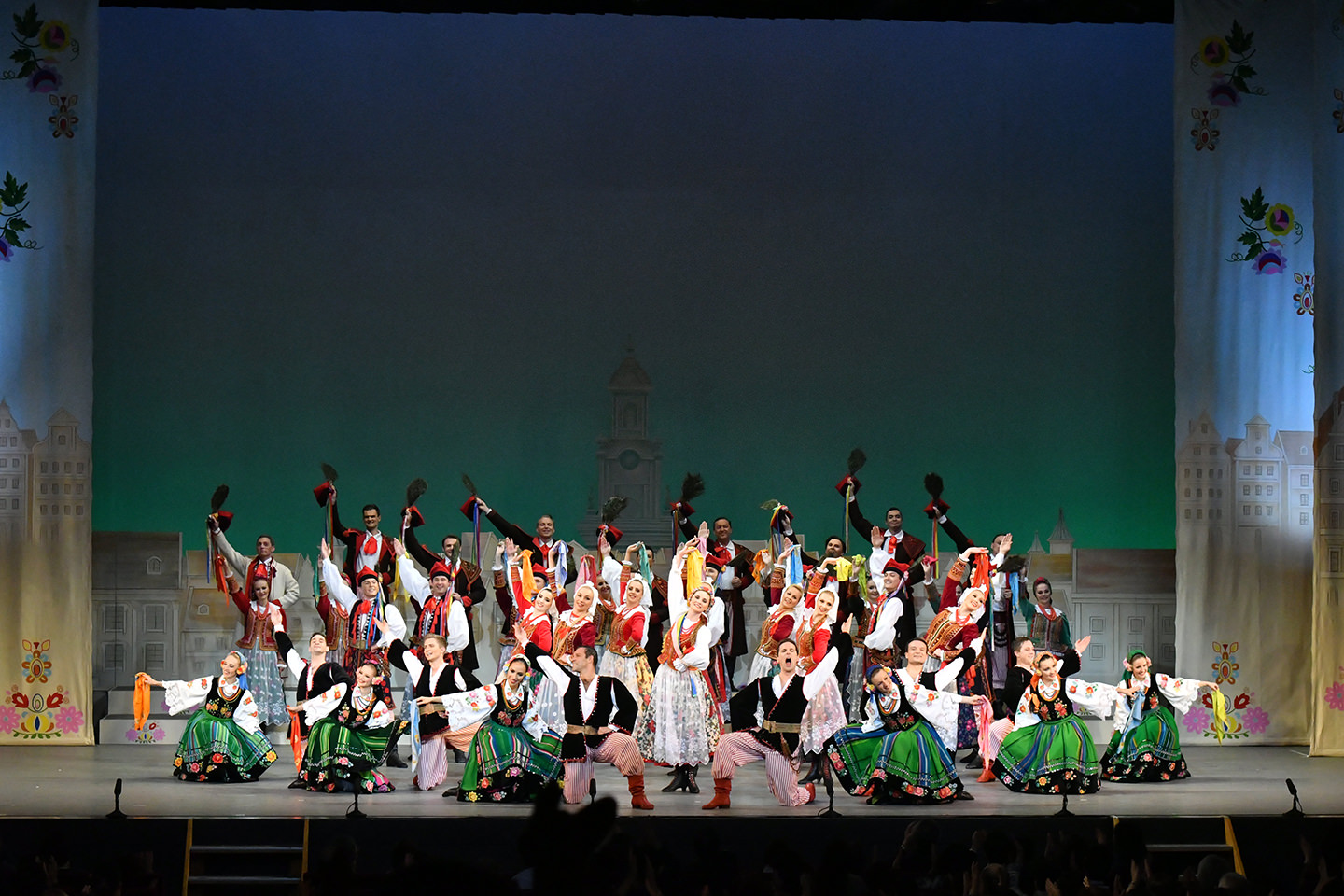 Takasaki City will be Poland’s host city for the Tokyo Olympics and Paralympics, and the troupe visited Takasaki Shiritsu Kataoka Junior High School as part of international exchange activities the day before their performances commenced on October 18.

The students watched nervously at first as the members of Śląsk entered in their national costumes. But after watching them perform and having lunch together, the members and the students warmed up to each other, doing their best to speak in English, take photos and sing together. It was a wonderful event.

On October 27 in Shunan City, Yamaguchi, the troupe held an exchange event with a local youth choir. The members of Śląsk were so moved by the choir’s rendition of Mori He Ikimasho (Shall We Go to the Forest), the Japanese version of a Polish folk song, they welled up with tears. The troupe then sang their original tune Szła dzieweczka (A Young Girl) in return.

Many of the participating children said that they wanted to visit Poland, and the guardians who came along with them were also very moved. Śląsk contributed to a cultural exchange event that eclipsed generational boundaries.

Ambassadors and Embassy staff from 19 countries attended the troupe’s final performance at Nakano Sun Plaza on November 19. At the reception after the performance, the troupe presented the founder of Min-On with their highest honor, the Maecenas Silesiae Award, recognizing his efforts to continue benevolent relations through Polish musical culture. The troupe leader thanked Min-On for the success of the performances, saying, “We are proud to have played a part in Min-On’s cultural exchange that.”

President Ito gave his acknowledgements and upon seeing the audience’s reaction to the performance, said, “I would like to put even more effort into cultural exchanges that further our understanding of each another”.

We would like to sincerely thank everyone for their great efforts to make these events possible.