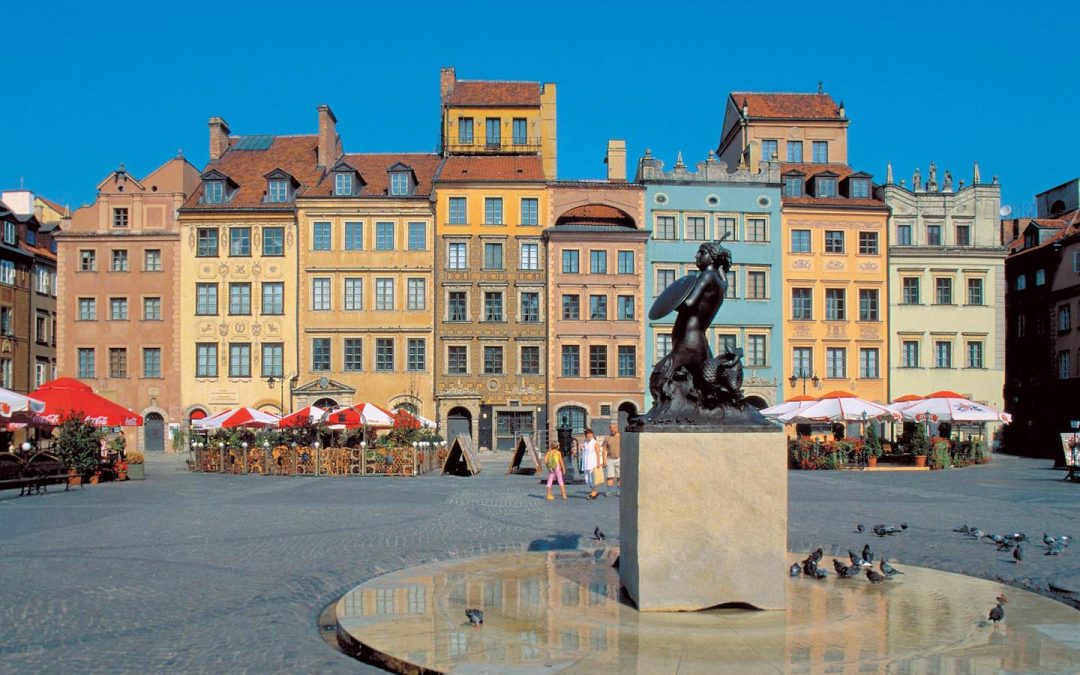 Welcome to the seventh trip on Min-On’s Music Journey—let us guide you to the Republic of Poland, located on the plains facing the Baltic Sea in Central Europe. Poland shares its borders with many countries and was once located along a major trade route known as the Amber Road, which connected the Baltic Sea and Europe. For this reason, Poland has seen a fusion of many races and cultures throughout history. The capital Warsaw, home of Chopin

The capital of Poland, Warsaw, is famous as the place where Frederick Chopin, called “the poet of the piano,” spent his early childhood and adolescence. Chopin’s home was filled with the sounds of instruments, singing voices and all kinds of music, and he was familiar with the traditional song and dance of Poland from a very young age. Chopin moved to Paris in pursuit of becoming a composer, but he also longed for his beloved homeland, and he wrote many pieces with Polish themes throughout his life. This includes the beautiful Polonaise, once danced in the royal court, and the rhythmic dance Mazurka, loved by the masses. At Łazienki Park, located in the center of Warsaw, there is a statue of Chopin surrounded by beautiful natural scenery and wildlife that visitors can enjoy.

The beautiful streets of historic Kraków and Gdańsk

Kraków is located in southern Poland, and it prospered as the capital of the country from the mid-11th through the end of the 16th century. The central plaza area of Kraków Old Town is dotted with famous places bustling with tourists. These include Wawel Royal Castle, the residence of generations of Polish kings, and the Cloth Hall, where textile trade took place. 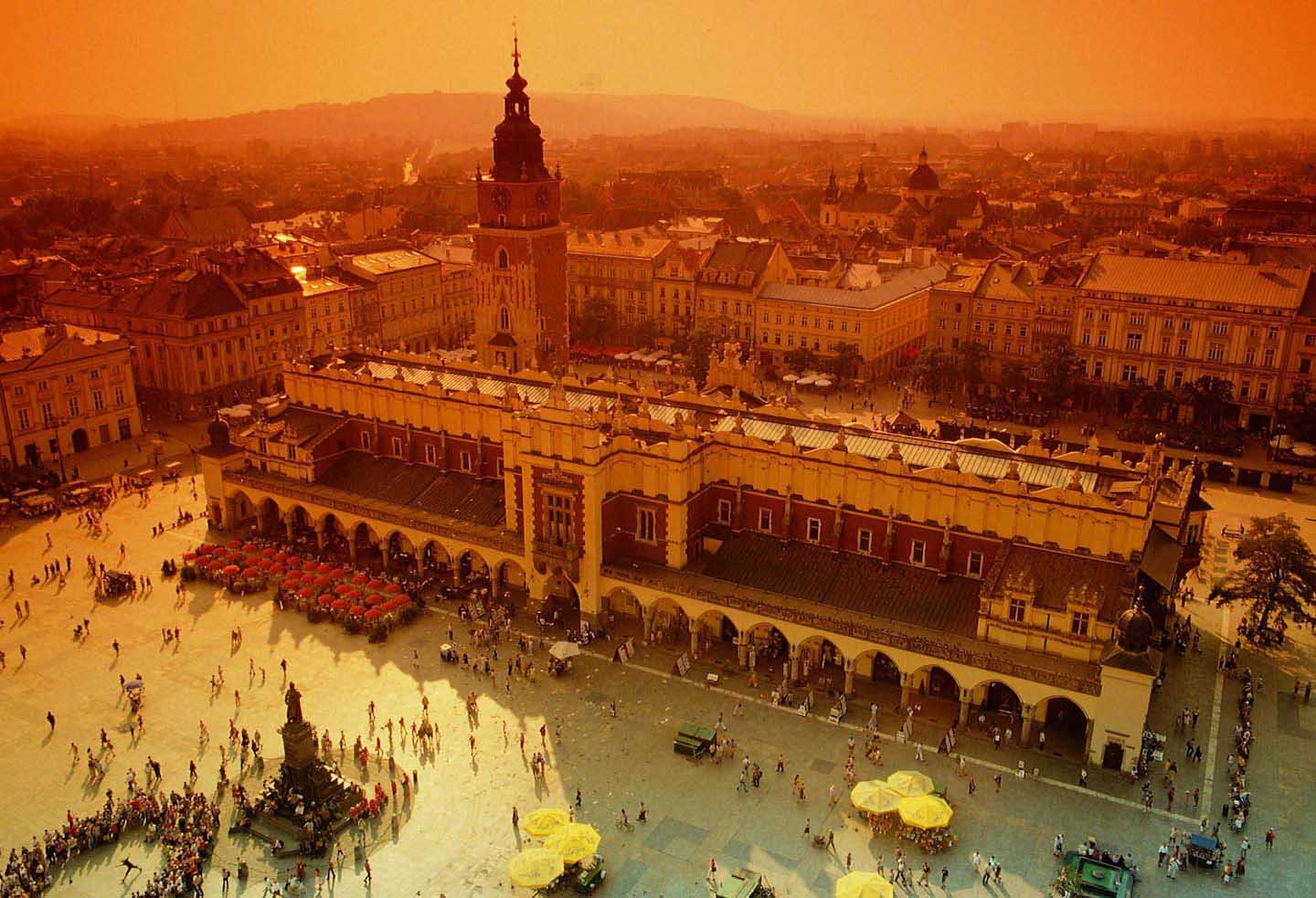 Kraków has also gained notoriety for oscypek, a traditional smoked sheep’s cheese found only in Poland, and shops specializing in nalewka, a sweet fruit wine made from the bounty of the country’s forests.

Gdańsk is Poland’s largest port on the coast of the Baltic Sea. Gdańsk Old Town contains magnificent historical brick buildings constructed with a blend of European and Polish architectural styles and rows of pastel-colored houses. The Gdańsk Main Town Hall is also registered as a World Heritage Site. A bronze statue of Neptune, the god of the sea, stands near here as a symbol of the Old Town.

Min-On has invited one of the three largest song and dance ensembles in the world, the Polish National Folk Song and Dance Ensemble Mazowsze, to perform in Japan three times in 1982, 1989 and 1992. In 2019, to commemorate the 100-year anniversary of diplomatic relations between Poland and Japan, Min-On also invited the Śląsk Polish National Song and Dance Ensemble to perform in Japan. Both performances featured brightly colored Polish national dress, dynamic dancing and powerful vocal artistry that the Japanese audiences loved. 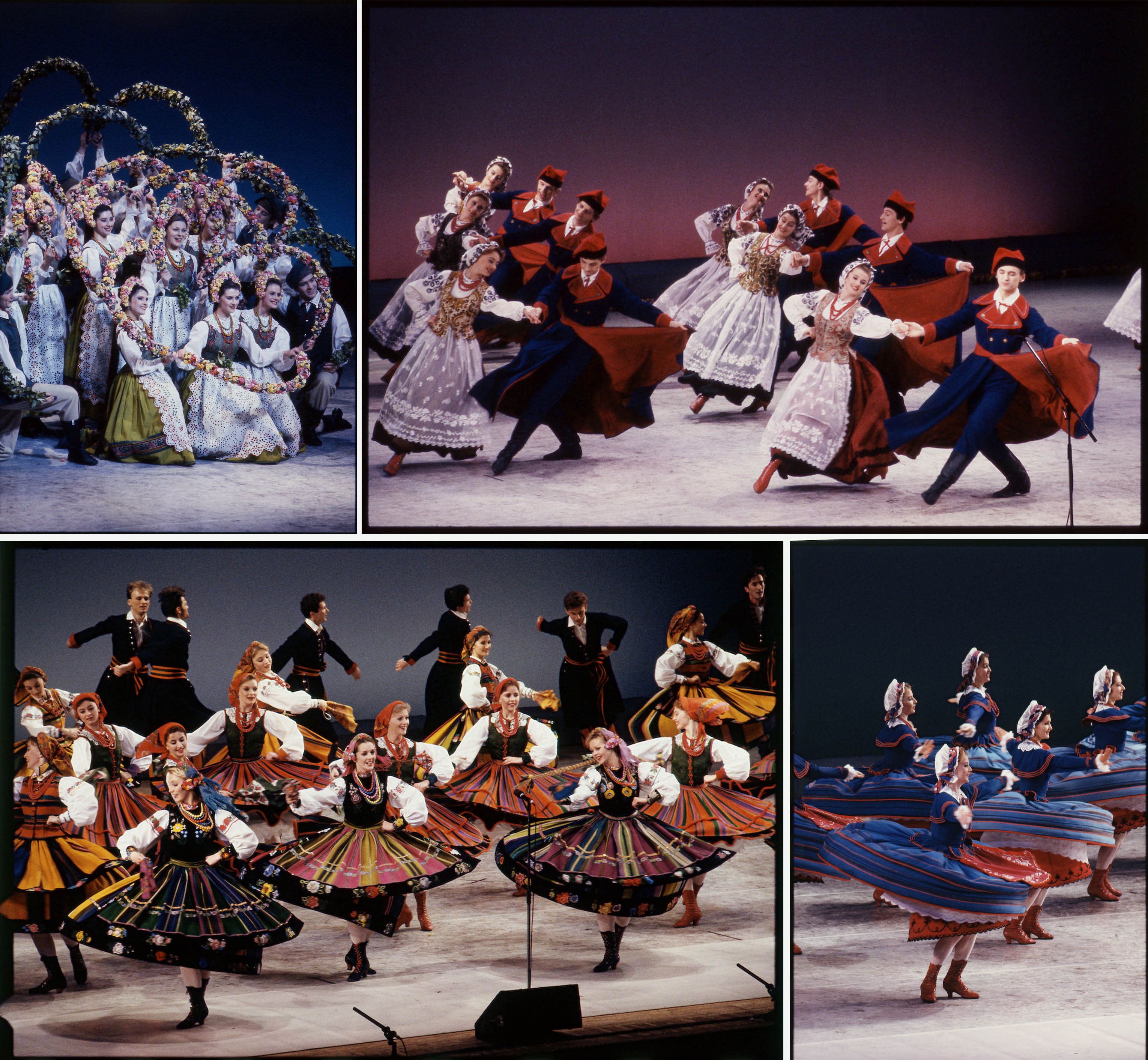 The Polish National Folk Song and Dance Ensemble Mazowsze was created in 1948. Two remarkable Polish artists pursued their dream—Tadeusz Sygietyński, an outstanding composer, and Mira Zimińska-Sygietyńska, a well-known and popular actress. Wherever Mazowsze performed, they inspired admiration and were greeted with applause. The ensemble has performed in many European countries, including France, Spain, Portugal, and Italy. They have also traveled across the ocean, keeping audiences worldwide enthralled for more than seventy years as honorable ambassadors of Polish Culture. 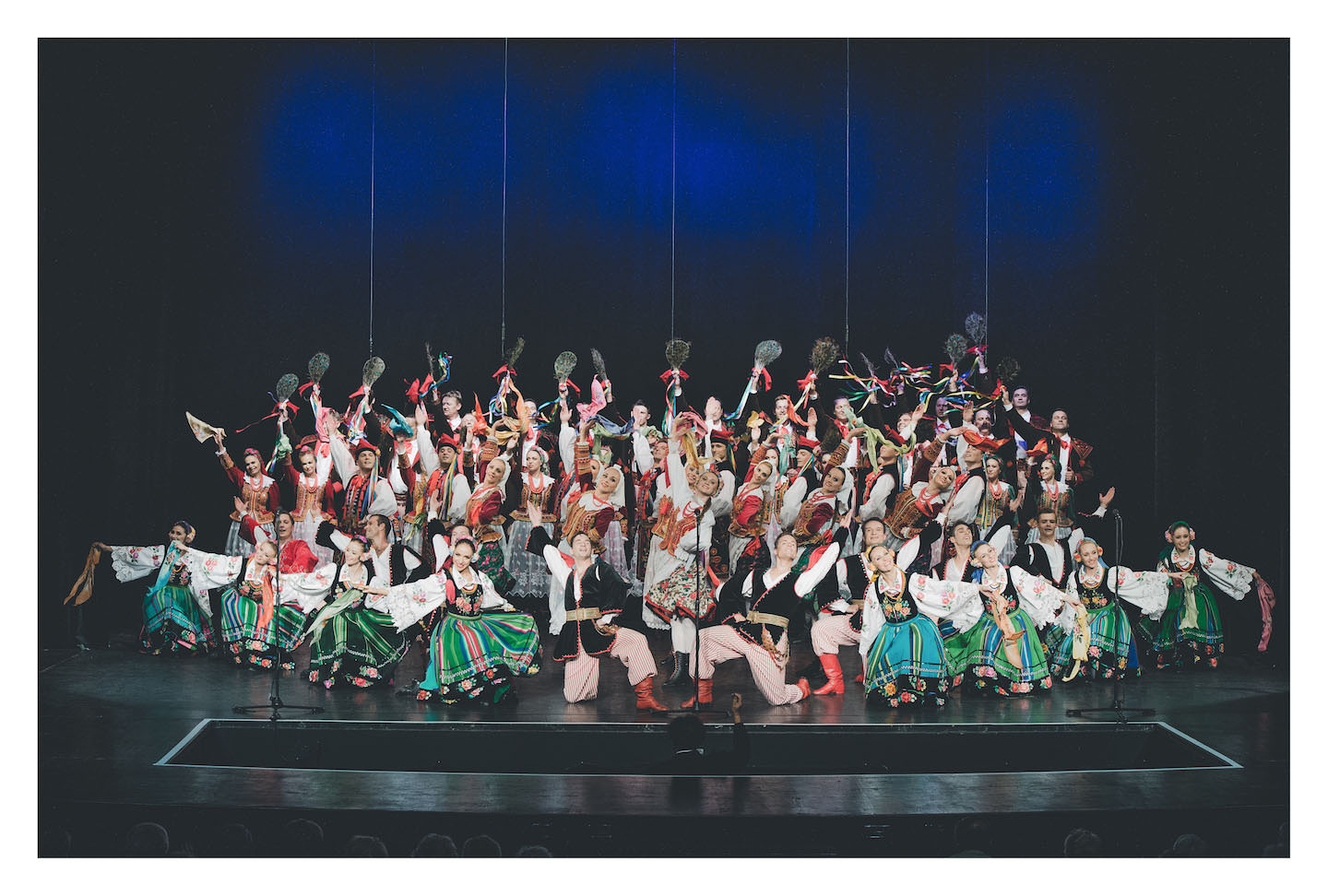 Please enjoy four songs from the concert in question below.

This is a traditional dance of the Goral people of the Podhale Region, which is known for bright floral motifs and bodices that are tied shut with red string in women’s clothing. For men, traditional dress includes white trousers with looped embroidery and uneven leather belts. Both men and women feel strong and empowered through this decorative dress, which features handmade leather shoes called kierpce. This dance display the fierce temperament, resilience and agility of this mountain-dwelling ethnic group.

Masovian dress features colorful vertical stripes on skirts and trousers that often use vibrant green, and the tradition continues today while adding new colors with each era. Stunning rose patterns on the women’s blouses and floral scarves are also noteworthy. This song features Kujawiak, which has a calm atmosphere and is also called “The Dance of Love,” and Oberek, which is the fastest of all Polish folk dances.

3. Baba Dziad (The Old Man and the Old Woman)

This is an imaginative dance associated with Easter.

This is a lively folk dance that originated near the ancient city of Kraków. The choreography incorporates the legend of an army trumpeter who was shot atop a tower while blowing his horn to announce an attack by the Tatars in the 13th century. A sudden loud crack and halt in the song’s melody is indicative of this legend. In the video below, please enjoy Krakowiak from its second half.

This ensemble was established in 1901. They perform artistic renditions of songs and dances passed down in the mountains of Poland, including many concerts both at home and abroad. They have held overseas concerts in up to 25 countries, where they enjoy a great reputation. Kroke is a trio that originally performed klezmer music, but its members were influenced by a variety of folk music during their work. Today they’ve developed an original style.

The following video shows concert footage from a club in a former Jewish neighborhood.

What did you think of this music journey to the Republic of Poland? There are still many more places to go on our music journey. Please look forward to our next destination.

(Produced in collaboration with the Embassy of the Republic of Poland in Japan and the Polish Cultural Institute in Tokyo.)