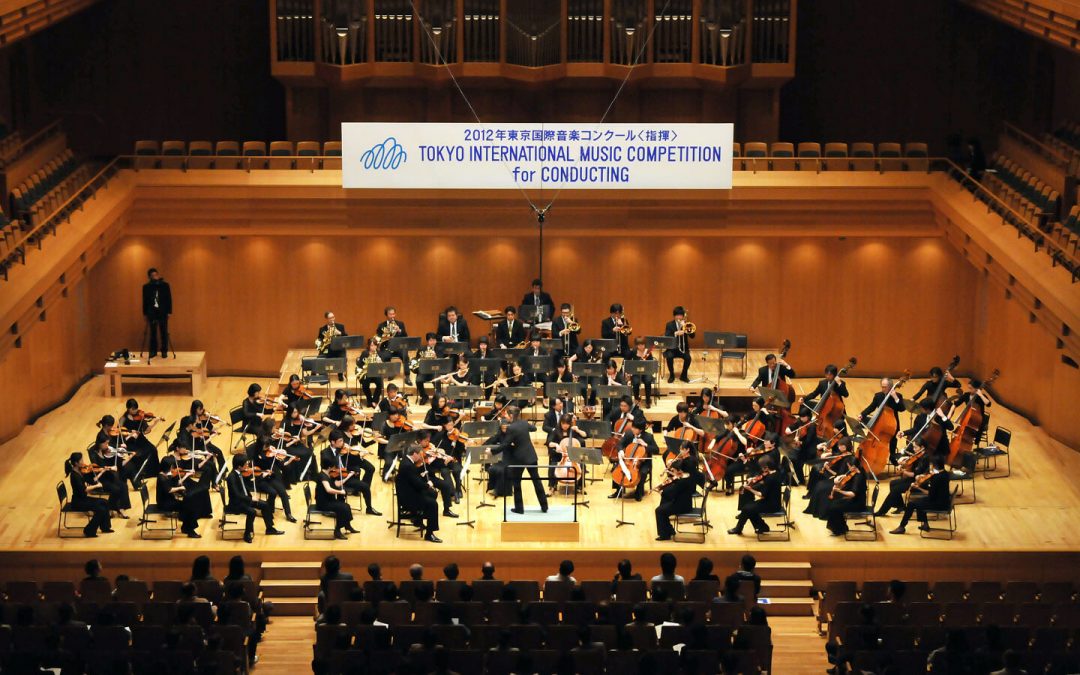 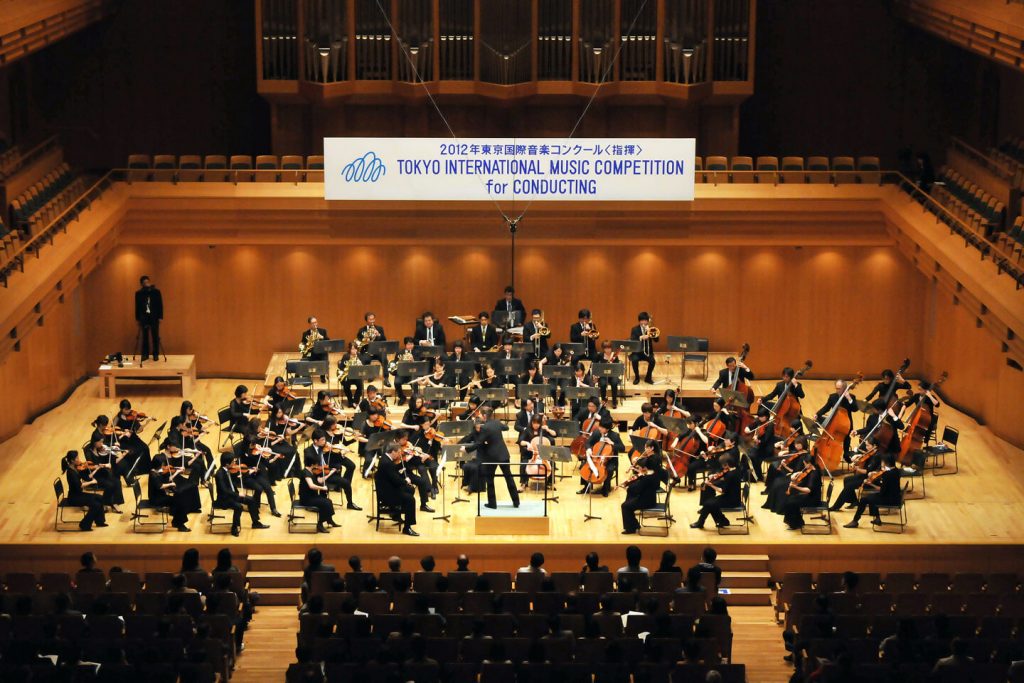 The Min-On Concert Association, in cooperation with the Association of Japanese Symphony Orchestras, held the 16th Tokyo International Music Competition for Conducting at the Tokyo Opera City Concert Hall for an entire week from October 29 through November 4. The event was cosponsored by Asahi Breweries, Ltd., and supported by the Foreign Ministry of Japan, the Agency for Cultural Affairs of Japan, Tokyo Metropolitan Government, and Japan Broadcasting Corporation.

The Tokyo International Music Competition for Conducting—one category of the Tokyo International Music Competition, which included competitions for vocalists, conductors, chamber ensembles, as well as contemporary composers and choreographers—was launched in 1967 as the Min-On Competition for Conducting, and has since been held every three years with the aim of discovering and encouraging talented conductors to contribute to the advancement of music culture around the world. Through the cooperation of many outstanding individuals in the world of classical music and the involvement of world-famous conductors such as Hideo Saito, Takashi Asahina, Seiji Ozawa, Yuzo Toyama, the Competition has gained an international reputation among aspiring conductors as a gateway to worldwide success. This year marks the 16th competition for conducting and the event’s 45th anniversary. A total of 180 talented young people from 29 countries and regions submitted applications, and after rigorous screening by the nominating committee in June this year, 24 individuals from nine countries (one each from Austria, Israel, Korea, Poland, Russia, the Slovak Republic, Taiwan and the United States, and 16 from Japan) were invited to participate in the first preliminary round, which was held on the first two days of the Competition. Each contestant conducted the New Japan Philharmonic Orchestra playing 20 minutes of Beethoven’s Symphony No.1 before a panel of judges composed of nine preeminent conductors and academics from Austria, Finland, France, Germany, Japan and Russia.

After the judging was complete, seven of the 24 challengers were selected to advance to the second preliminary round, with each contestant conducting three required pieces—Stravinsky: Concerto in D for string orchestra, Chopin: Piano Concerto No.2, and Sibelius: Symphony No. 1. After two full days of performances with the New Japan Philharmonic Orchestra, it took the panel of judges an hour of deliberation and discussion to select the three finalists: Mayana Ishizaki from Japan, Yuko Tanaka from Japan, and Maja Metelska from Poland. 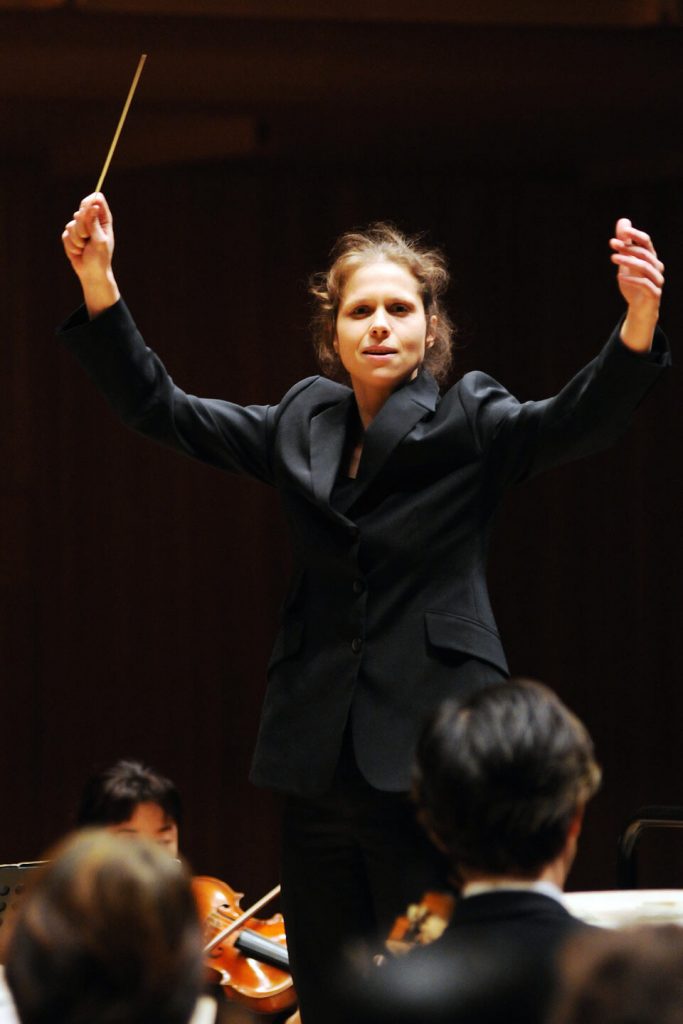 After two further days of practice with the internationally acclaimed Tokyo Symphony Orchestra, the final round of the competition was held on Sunday, November 4 at the magnificent concert hall of Tokyo Opera City. In the first half of the final session, each of the three finalists conducted the same designated piece, Weber’s Overture for Opera ‘Euryanthe’, creating striking contrasts with each other in their expression.

In the final section of the competition, the finalists conducted a piece of their own choosing submitted at the time of application. Mendelssohn: Symphony No. 3 ‘Scottish’ was selected by Yuko Tanaka; Beethoven: Symphony No. 3 ‘Eloica’ was chosen by Maja Metelska; and Dovorak: Symphony No. 8 was nominated by Mayana Ishizaki. Each composition was sensitively and skillfully conducted, and each finalist drew applause from the audience.

The weeklong 16th Tokyo International Music Competition 2012 concluded with an awards ceremony attended by all members of the judging panel, representatives of the cosponsor and supporting organizations, as well as by officials of the New Japan Philharmonic and Tokyo Symphony orchestras. Although no one took first, second or third prizes in the competition due to the extremely rigorous judging criteria, the special Hideo Saito Award went to Maja Metelska, and the Audience Award was presented to Mayana Ishizaki. The Encouragement Award and Honorable Mention title were awarded all three finalists. 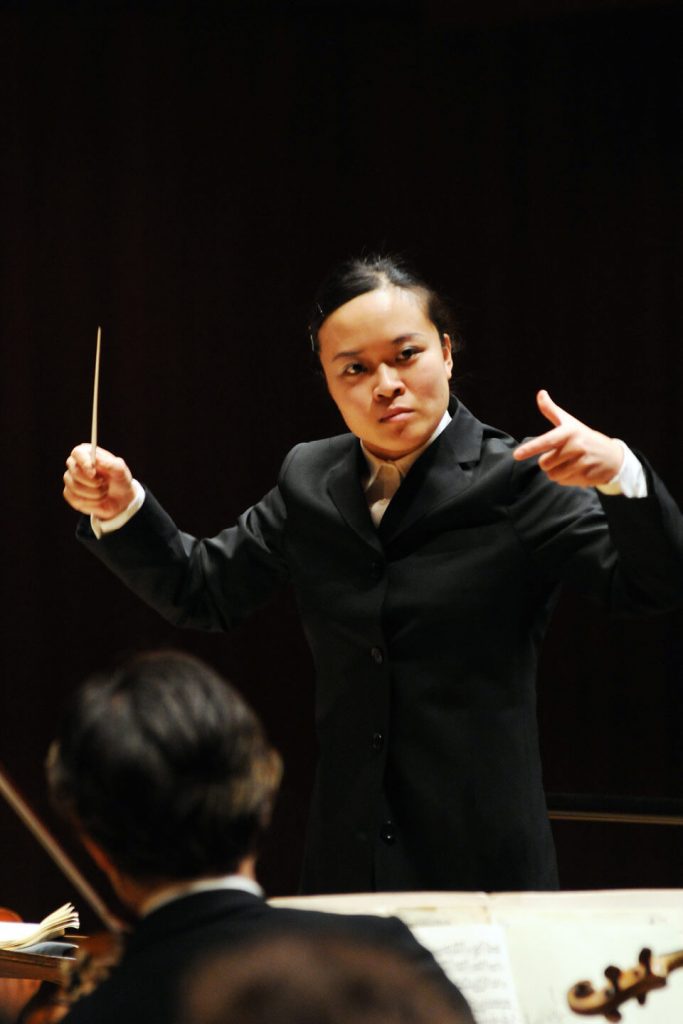 At the Press Conference held on Monday, November 5, Saito Award winner Maja Metelska commented, “It was a rare and valuable experience to be able to conduct these internationally acclaimed orchestras—both the New Japan Philharmonic and Tokyo Symphony Orchestra. I am very grateful to the jury for giving me this opportunity and for awarding me the special prize of the late maestro Hideo Saito, a conductor I hold in the highest regard. I hope that this competition will open up future possibilities in my conducting career.”