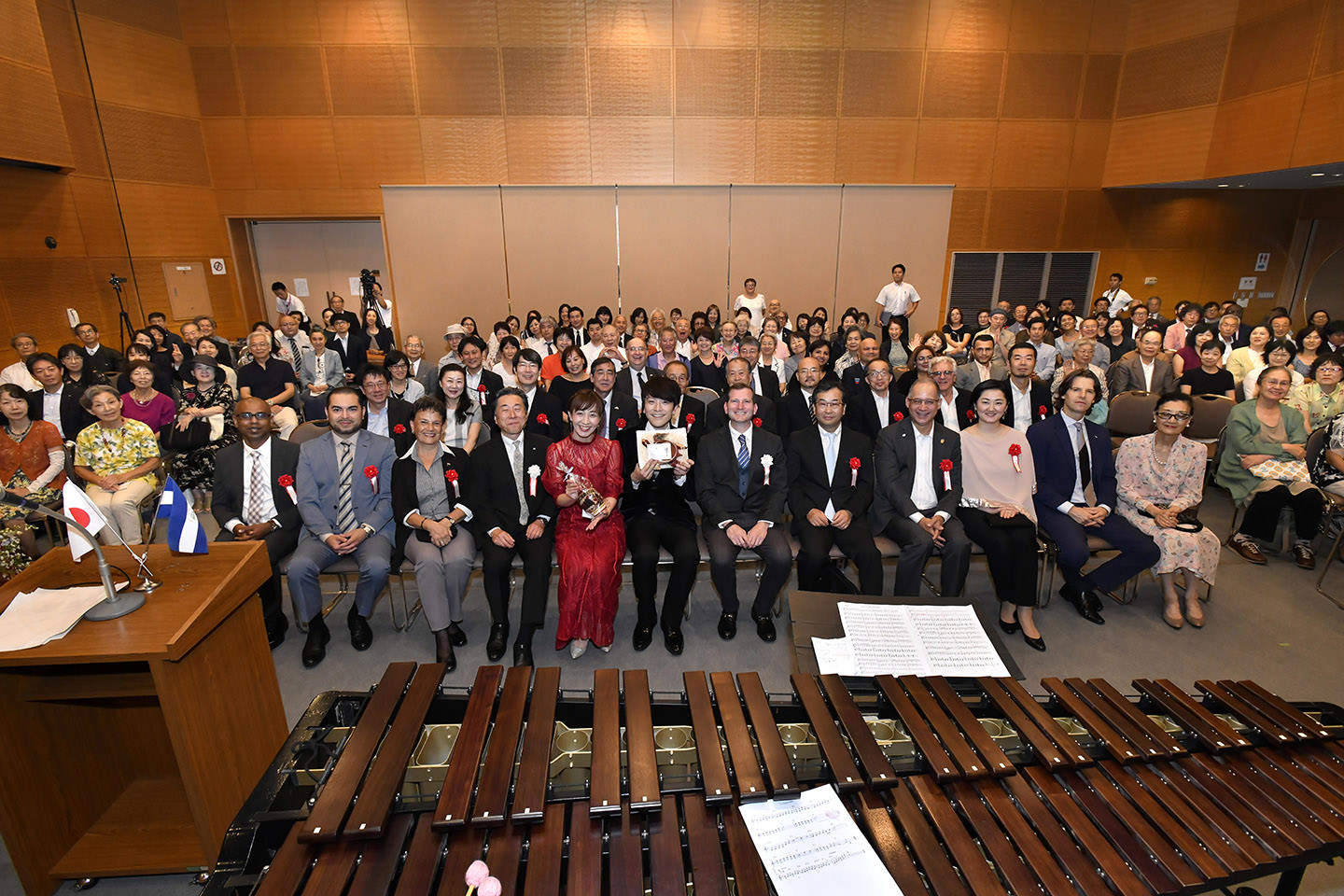 Ambassadors and Plenipotentiaries and embassy staff from 15 countries, as well as Director-General of the Foreign Ministry’s Central and South America Bureau, Tomoyuki Yoshida, Diet members, government personnel and business and organization representatives all attended the concert celebrating 198 years of the Republic of Nicaragua’s independence. 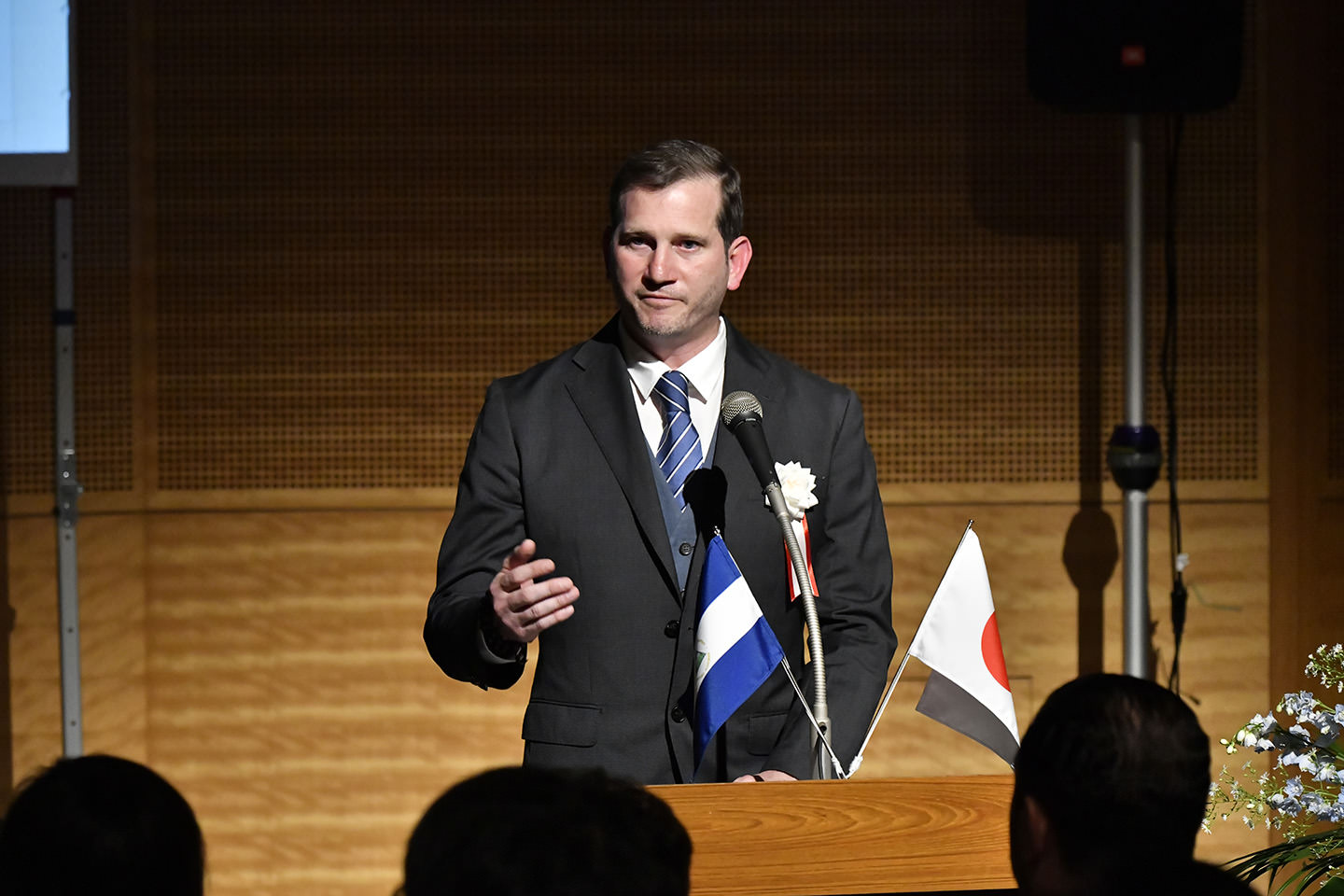 Following speeches by Min-On President Ito and Director-General of the Foreign Ministry’s Central and South America Bureau Mr. Yoshida, the Nicaraguan Ambassador to Japan His Excellency Mr. Rodrigo Coronel showed photos and spoke on the benevolent history between Japan and Nicaragua. The audience was filled with cheers and smiles, and a rock-paper-scissors tournament with the ambassador caused much excitement.

SINSKE, who plays the marimba (an instrument that came from Africa and was developed in Nicaragua), and pianist Tamami Hirota gave a performance after the commemorative speeches. The audience erupted in thunderous applause after each song, including the Latin El Cumbanchero and the Nicaraguan La Danza Negra and El Garañon.

Attendees of the lecture concert said, “I felt so close to Nicaragua. I want to continue pursuing my interest in the country,” and, “Listening to the ambassador’s speech, I could feel the good relationship we have. His speech was full of humor and I greatly enjoyed it. Thank you also for the enchanting and dynamic marimba performance.” 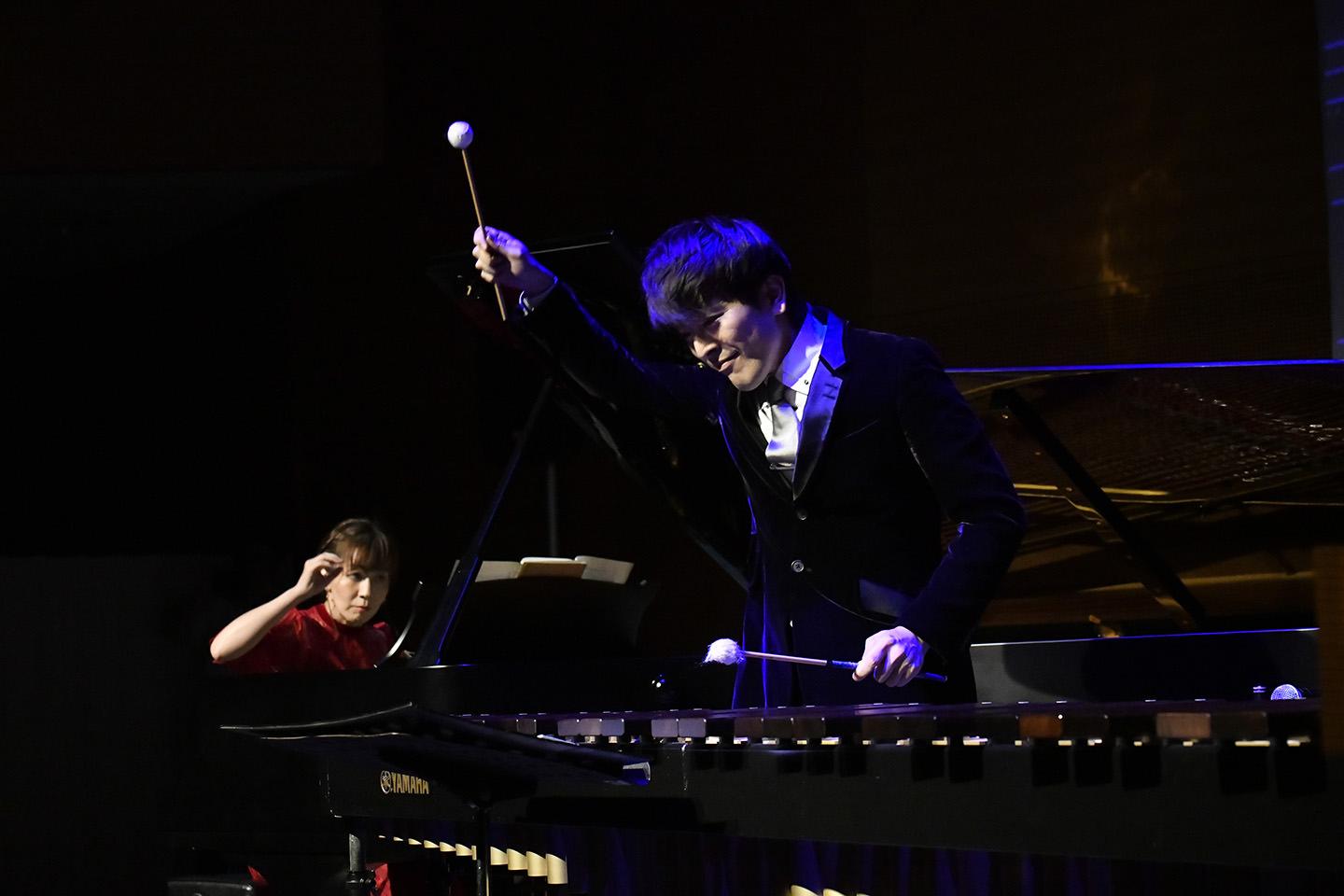 We were able to hold this concert thanks to our sustaining members. We would like to express our sincere appreciation for their support.