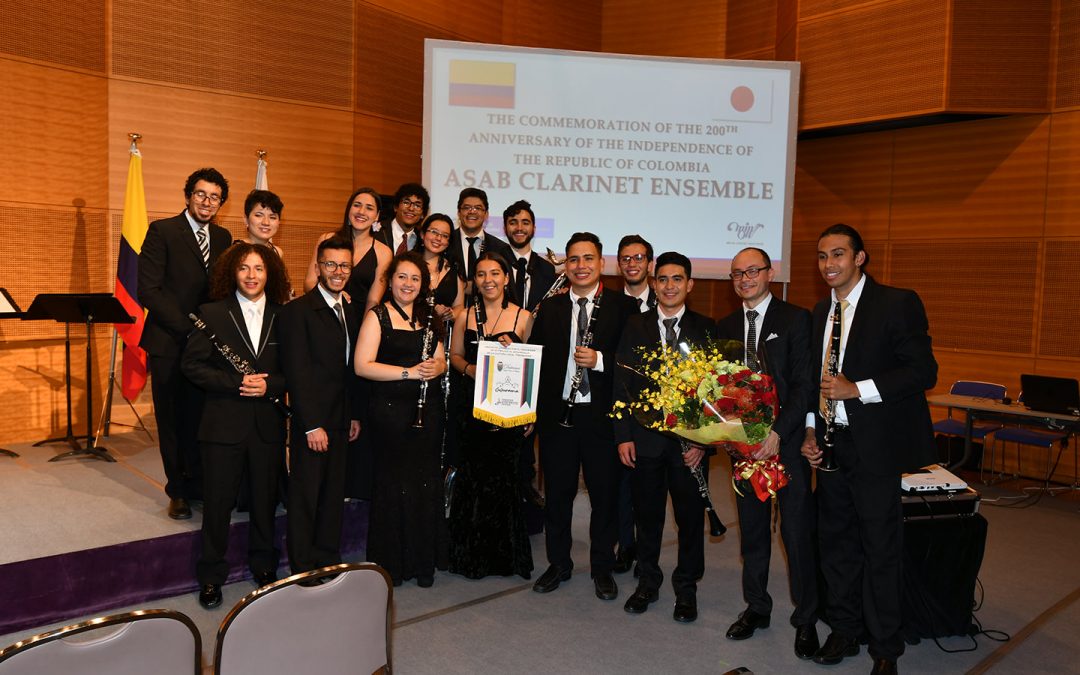 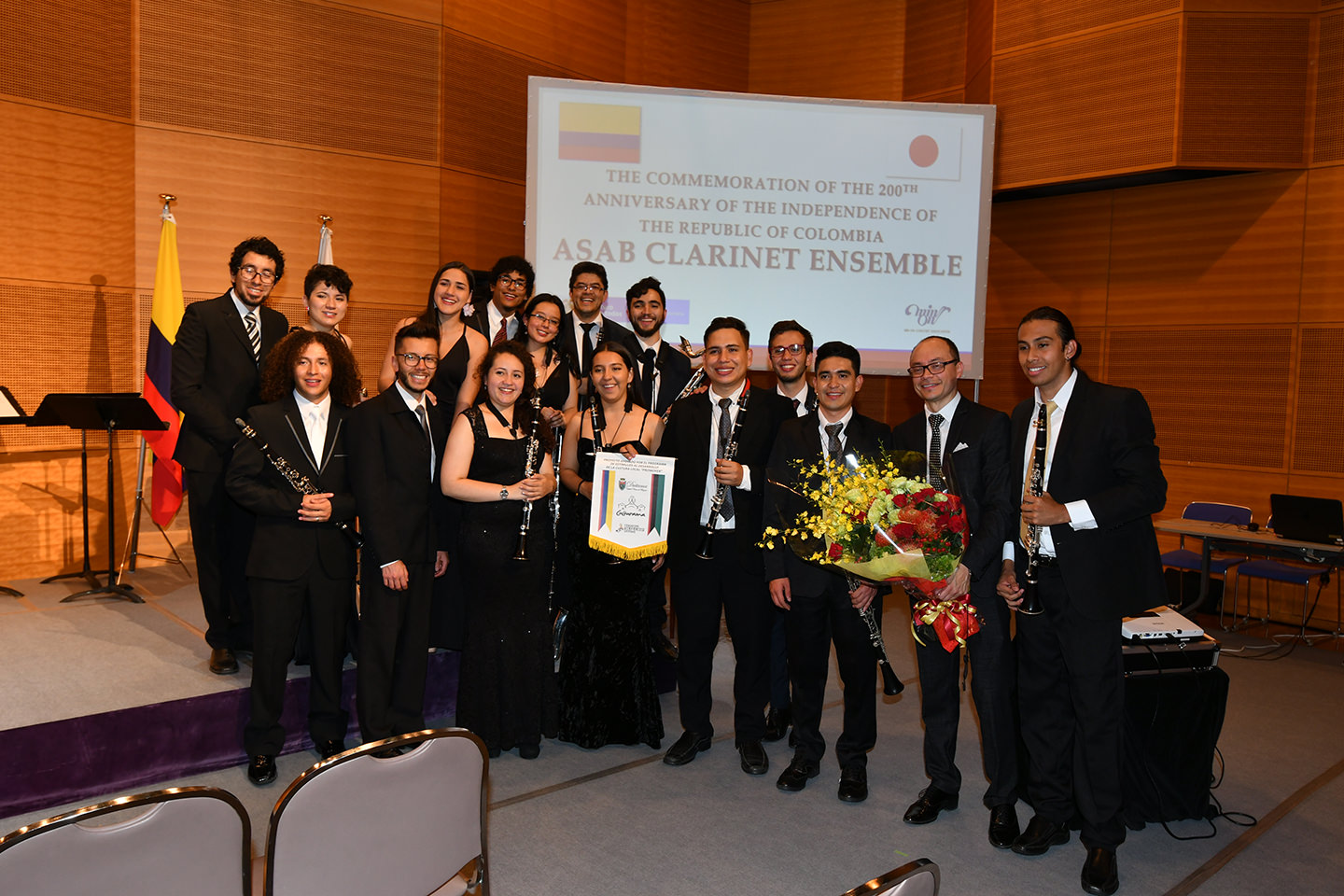 On August 7, a day and evening concert were held to celebrate the 200th anniversary of the Republic of Colombia’s independence at the Min-On Culture Center’s B2 Museum Hall.

About 150 members of the public, including parents and children, came to enjoy the day performance. The clarinet ensemble from the Francisco José de Caldas District University Faculty of Arts played rhythmical melodies merged with traditional Western pieces. As an encore, the ensemble performed the Japanese song Furusato, and the audience was enraptured by the female vocalists’ beautiful Japanese and the clarinet ensemble’s deep resonance. The performance was a moment of cultural exchange and a wonderful summer memory for everyone involved. 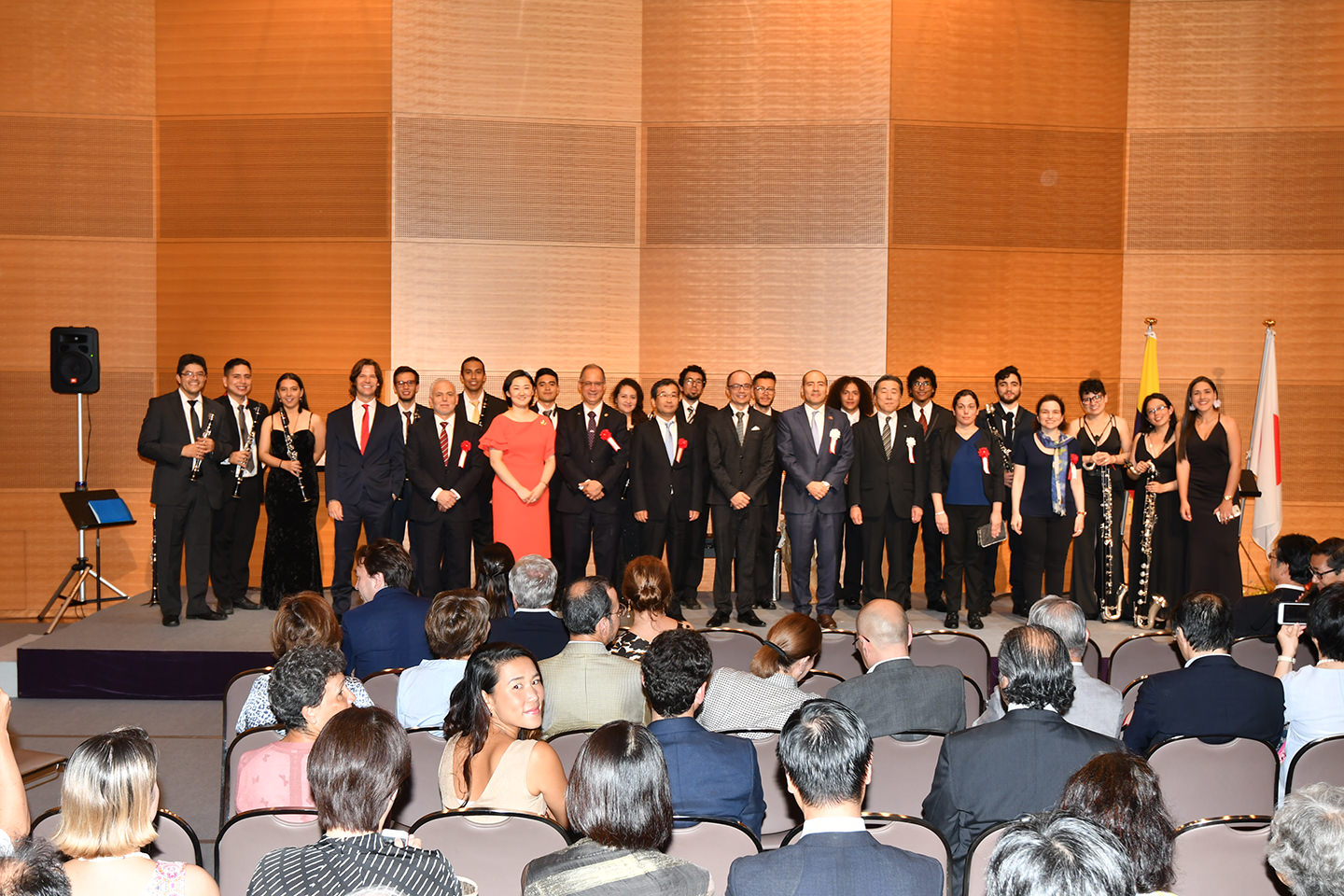 A young girl attendee said, “I discovered that clarinets can create impressive tones. I was surprised that the percussionist created an amazing rhythm to modern music. It was awesome.”

A woman in her 40s said, “Each performer highly skilled and their harmony was absolutely wonderful. I was very impressed. The conductor was particularly magnificent and kept the performers harmonized well. I was even more impressed at the end when the delightful female singers sang Furusato. The performance flew by.” 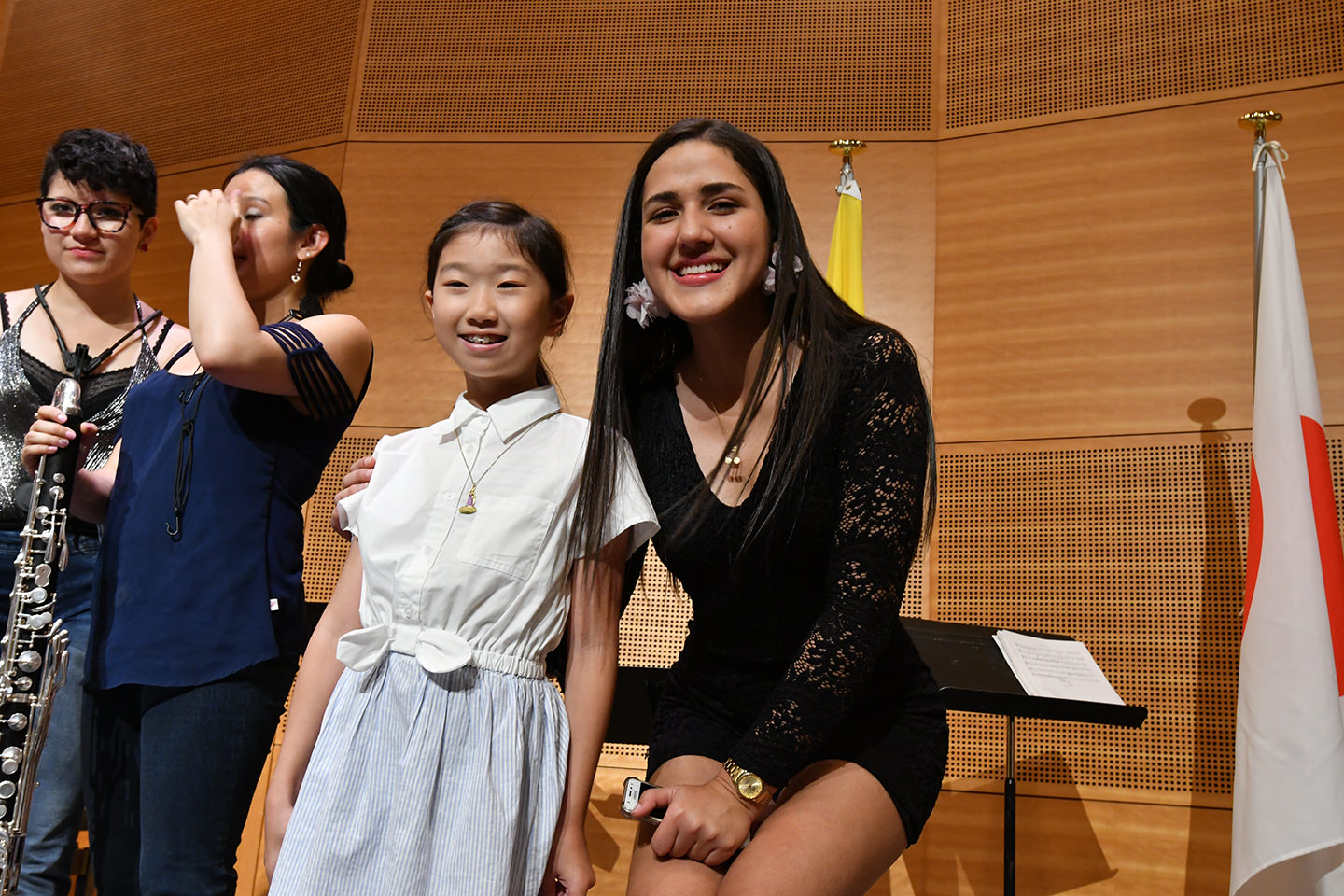 Individuals from seven countries attended the evening performance, including Ambassador Extraordinary and Plenipotentiary for the Republic of Colombia in Japan, Santiago Pardo; Director-General of the Foreign Ministry’s Central and South America Bureau, Tomoyuki Yoshida; and ambassadors, embassy staff, Diet members and business and organization representatives.

Ambassador Extraordinary and Plenipotentiary for the Republic of Colombia in Japan, Santiago Pardo, gave a speech expressing his wishes that friendly ties between the two countries will continue to strengthen. Director-General of the Central and South America Bureau, Tomoyuki Yoshida, expressed his strong desire for the two countries to solidify their friendship through continued Japanese and Colombian cultural exchange. 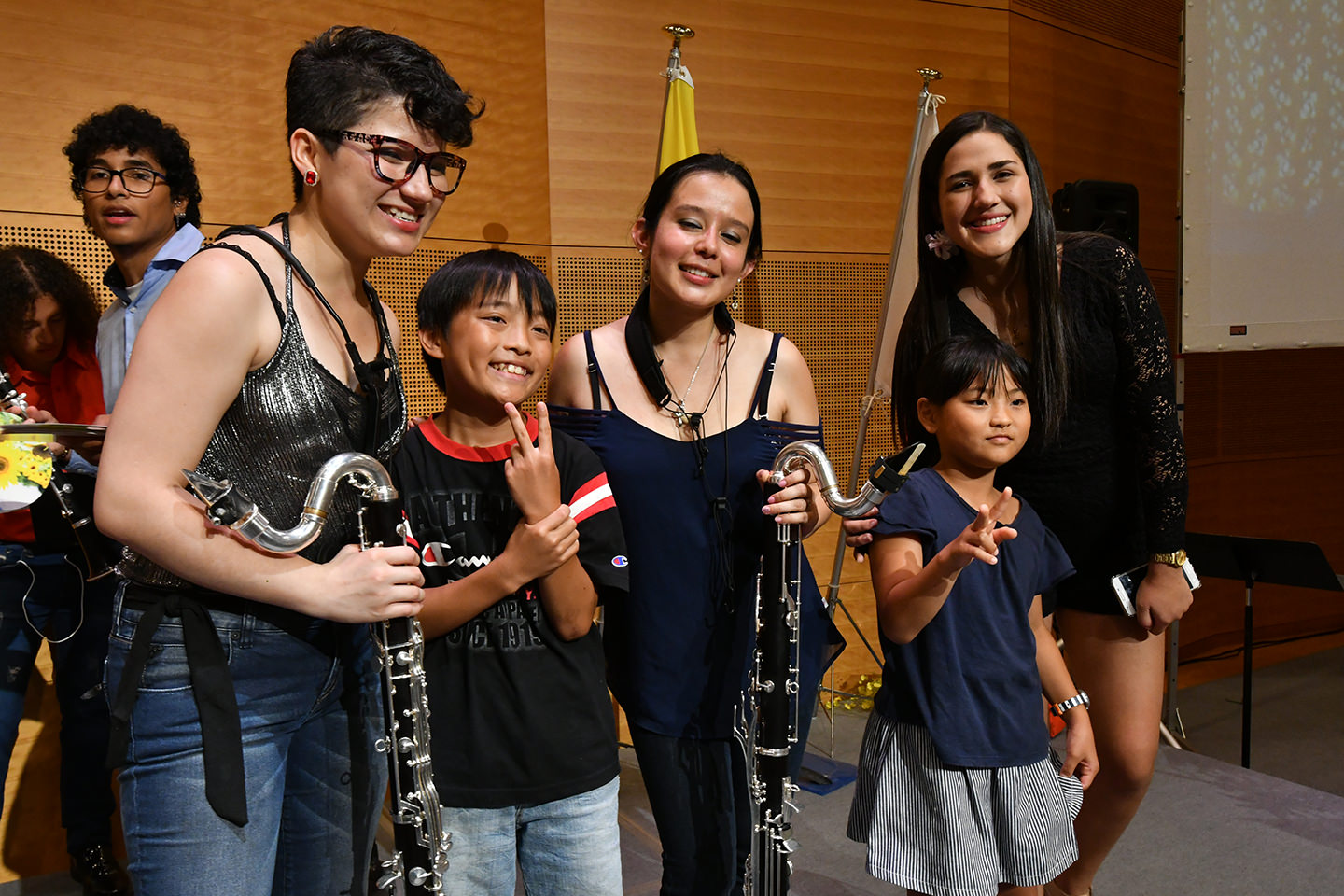 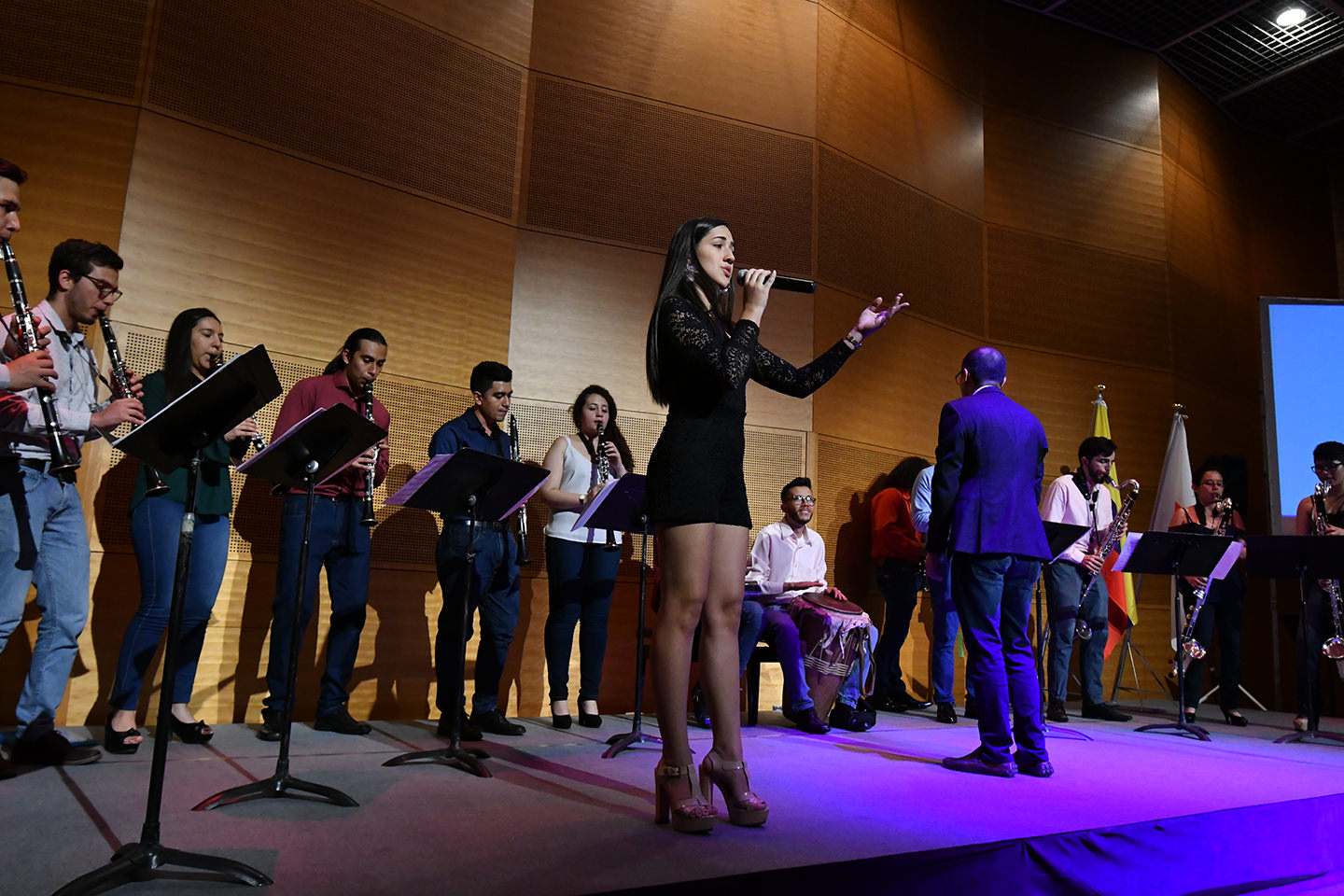 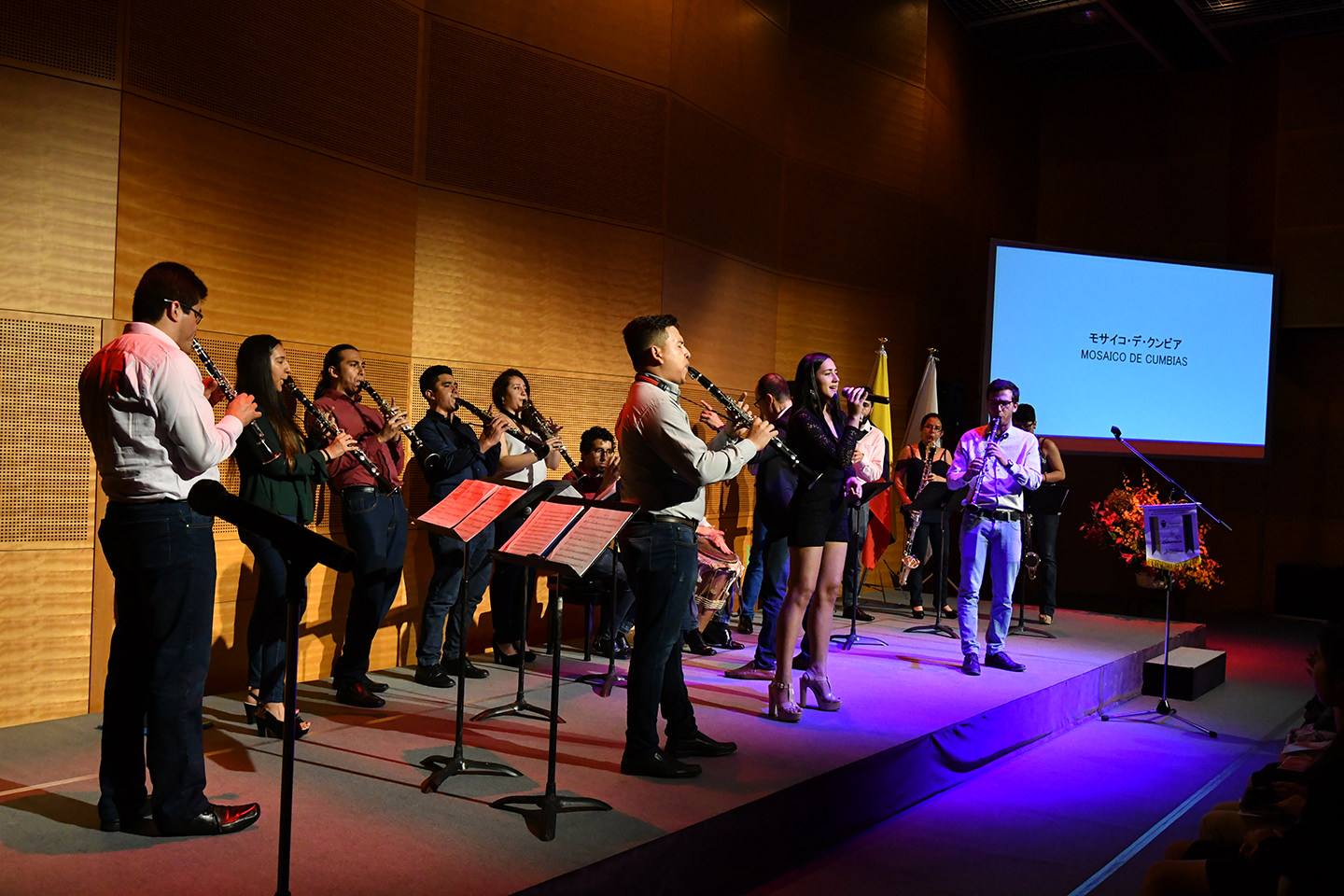 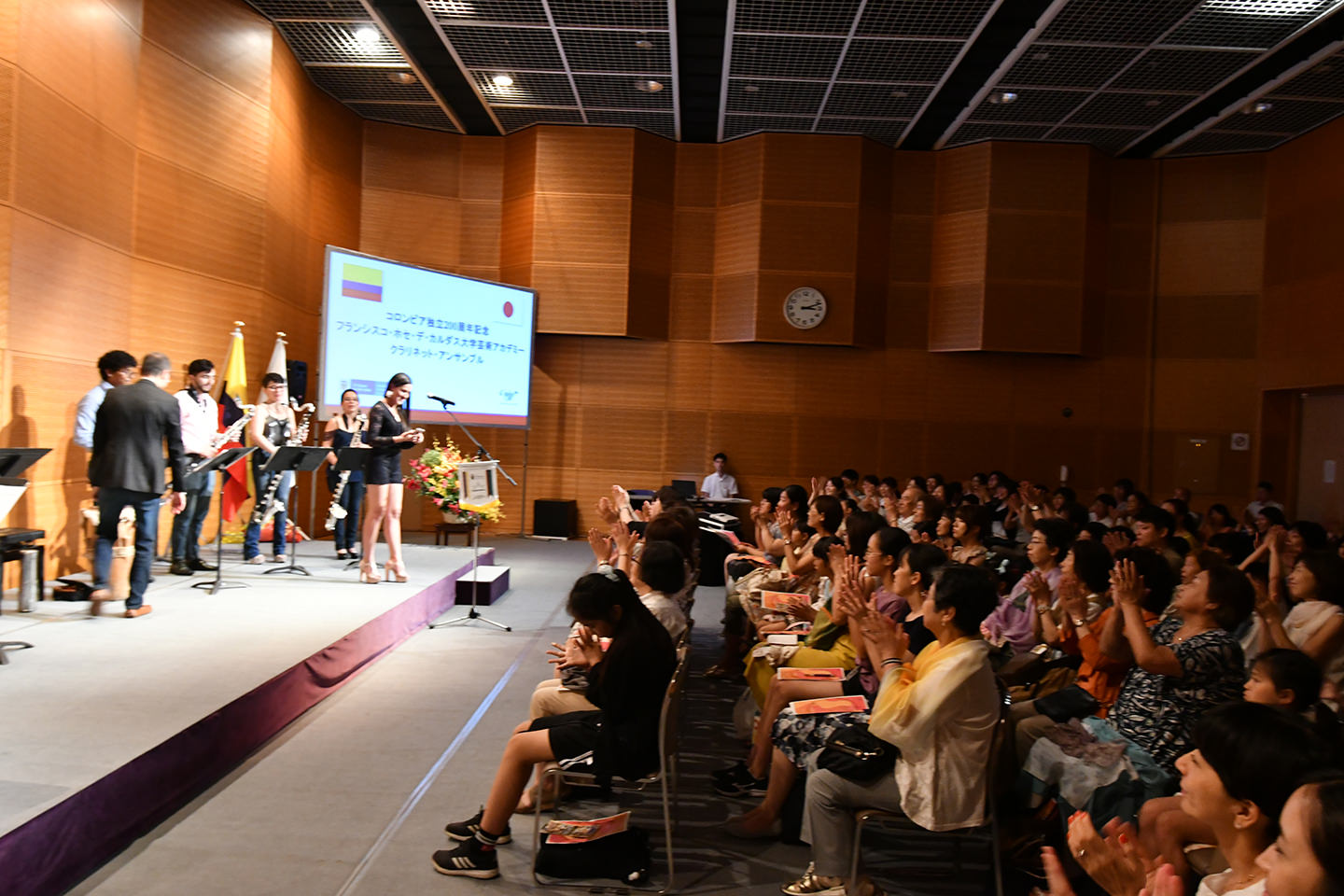 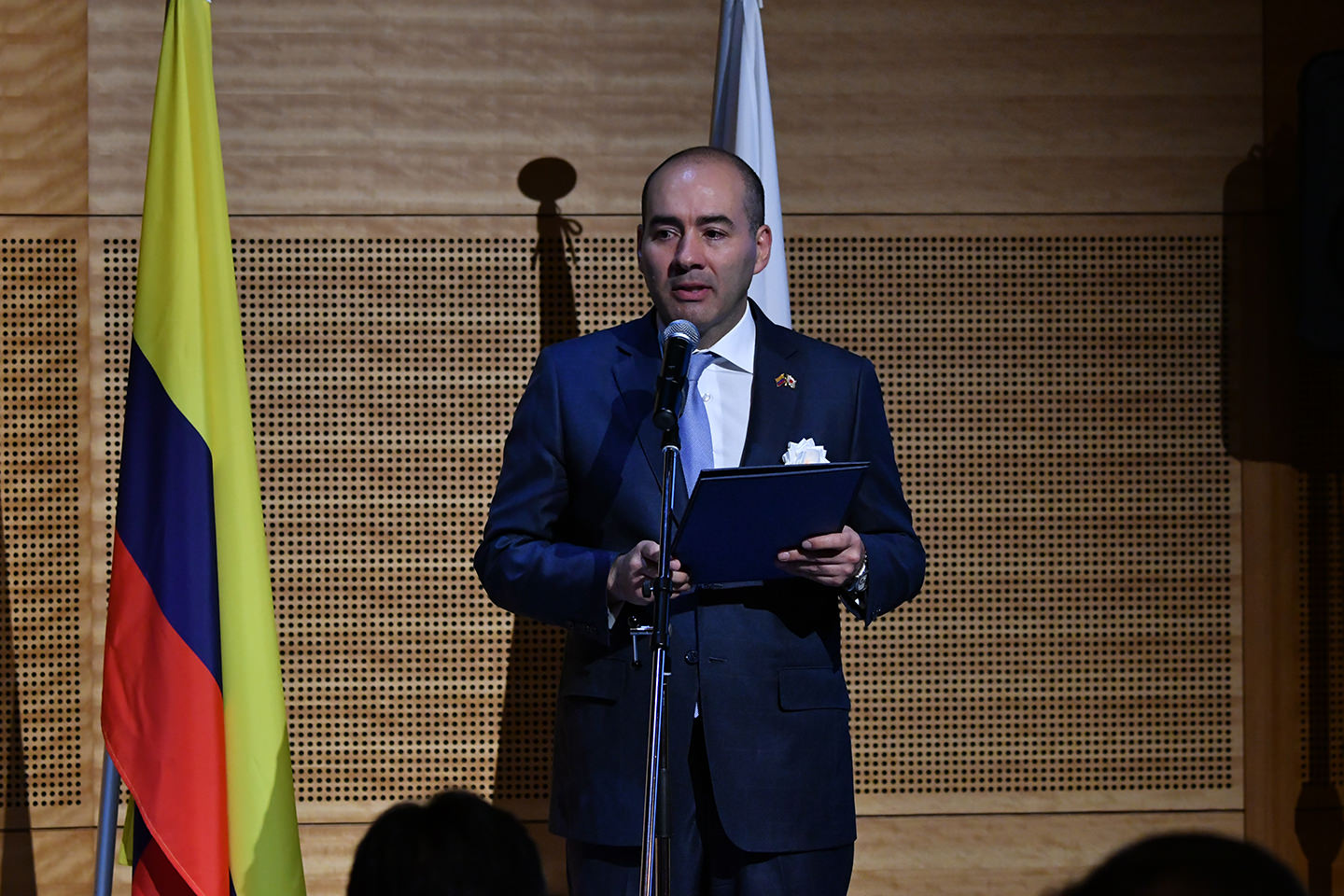 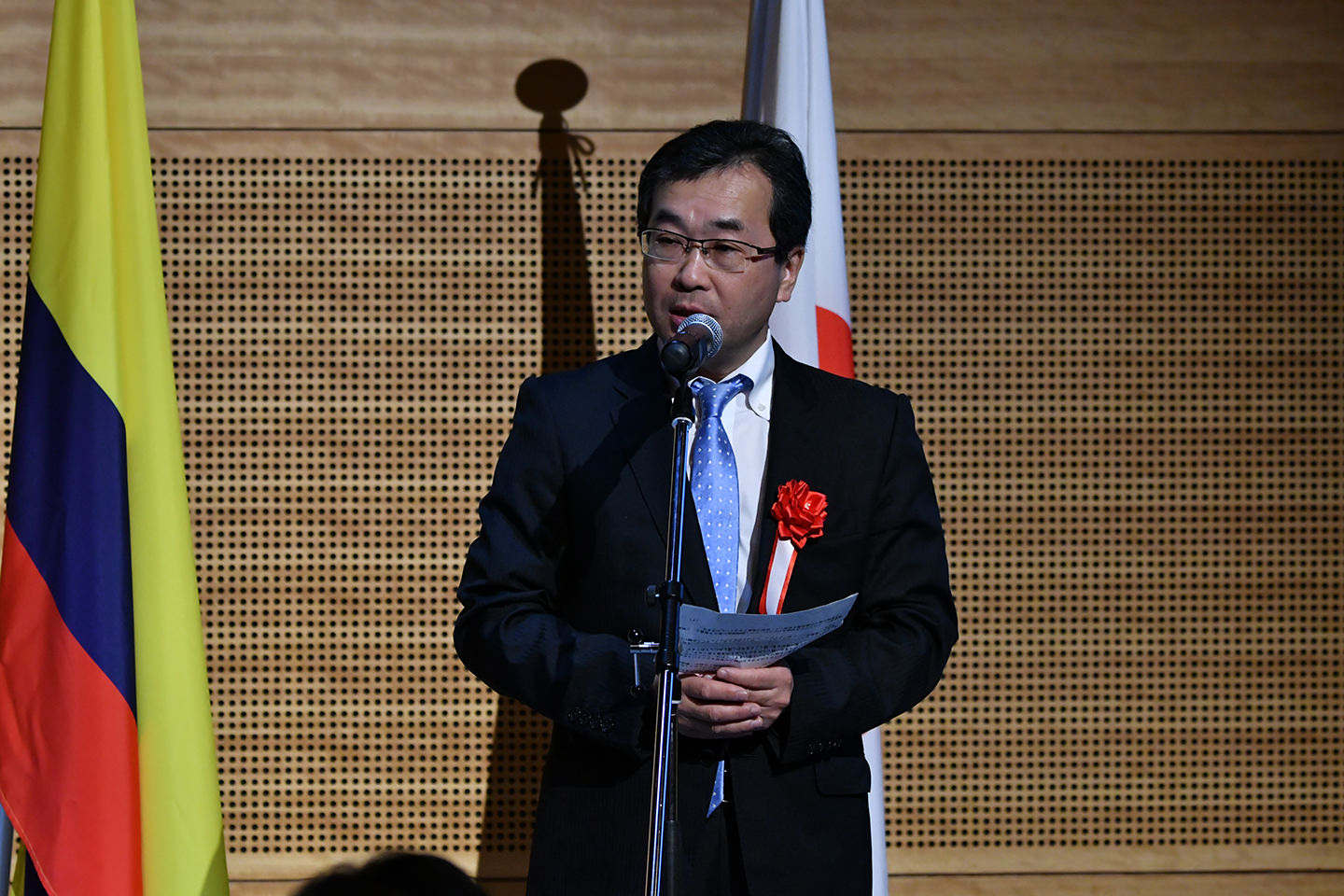