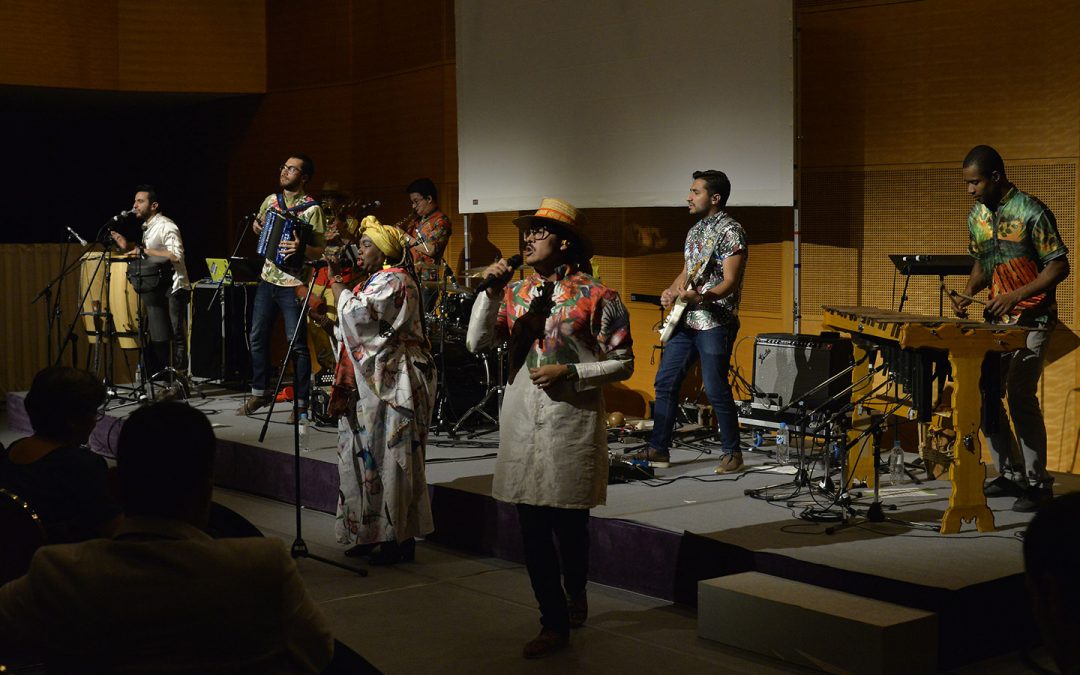 On November 8, a welcome reception for La Jagua was held as a joint collaboration by the Colombian Embassy in Japan and Min-On Concert Association. 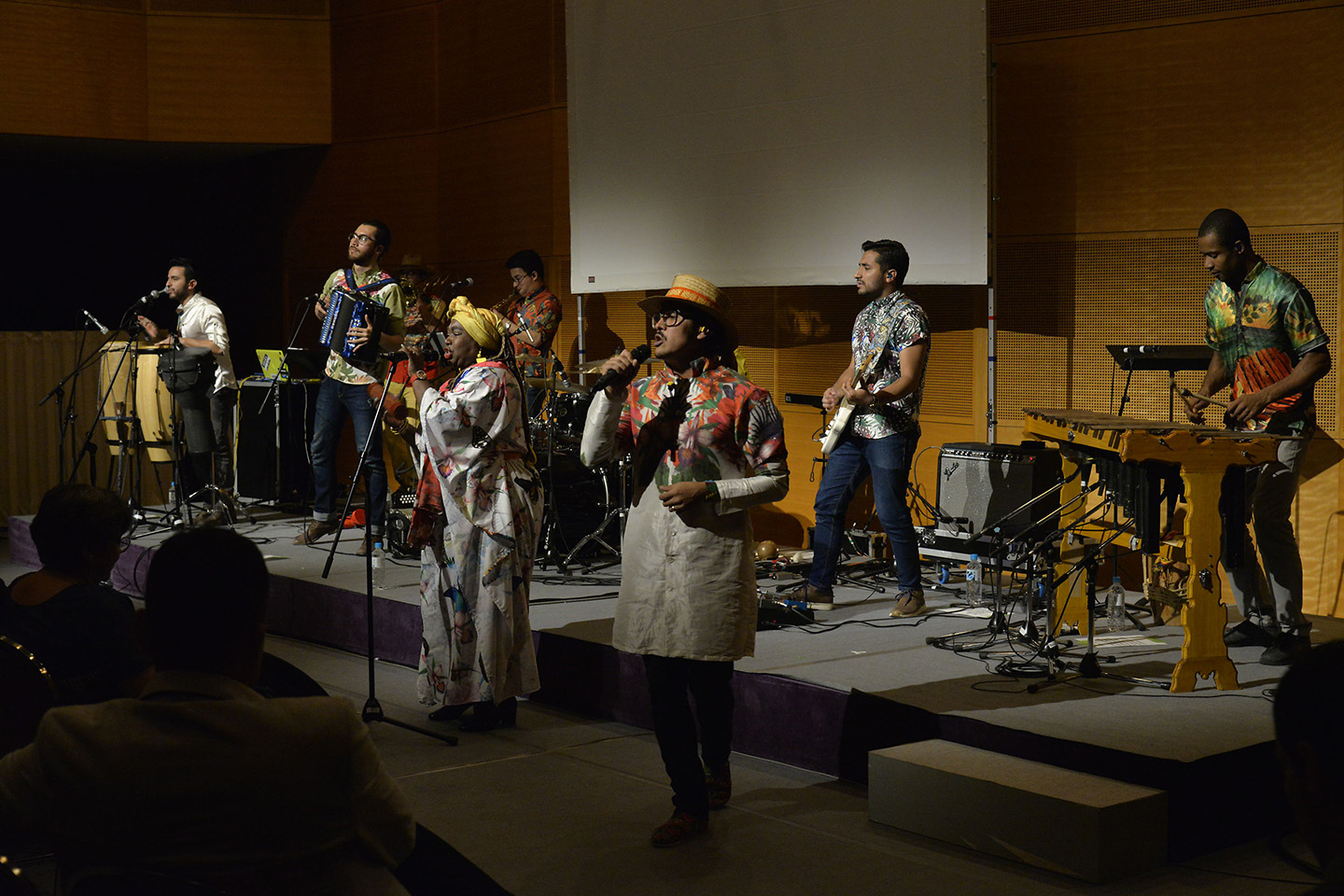 To begin, Mr. Kazuto Ito, President of Min-On Concert Association, gave a speech stating his appreciation to H. E. Mr. Gabriel Duque, Ambassador of the Embassy of Colombia, for the support the Embassy has given to date and his joy at La Jagua—a band that Colombia is very proud of—performing in Japan. They were very well received in Japan, performing to celebrate the 110th anniversary of the establishment of diplomatic relations between Japan and Colombia. Mr. Ito expressed hopes that the two countries’ friendship continues to grow.

A speech followed from Mr. Alejandro Posada, Minister Plenipotentiary of the Embassy of Colombia, who said, “Friendly relations between Min-On and Colombia have continued since 1988. That friendship was strengthened further by inviting La Jagua to Japan. Colombia is a country full of diversity. La Jagua is a Latin band representative of my country and an expression of Colombia today. It would be my great pleasure for everyone here to enjoy their music. I would like to thank everyone at Min-On and everyone who helped host this special occasion, celebrating the 55th anniversary of Min-On’s foundation and the 110th anniversary of diplomatic relations between our two countries.” 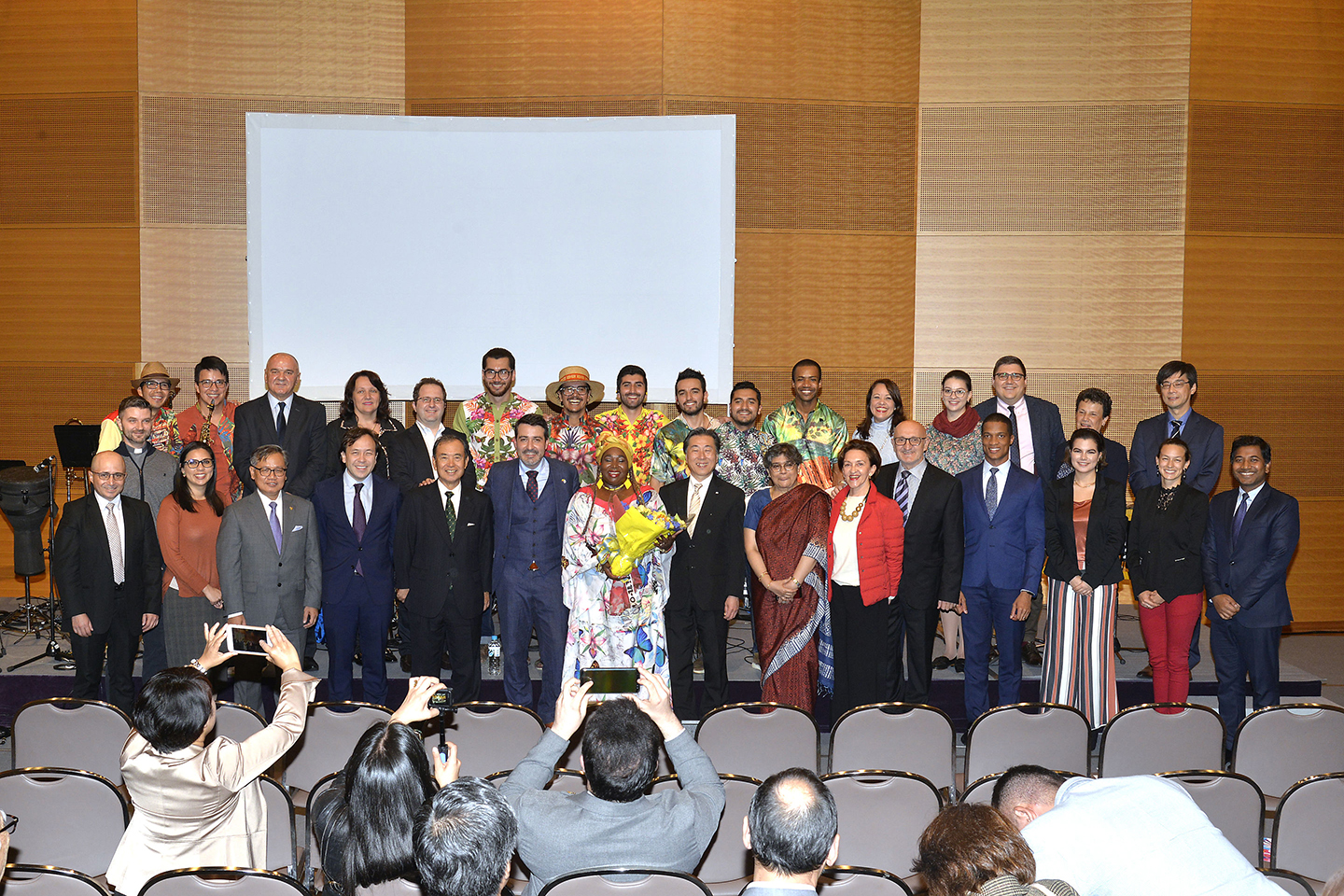 Following the speeches, La Jagua performed with their lineup of guitar, saxophone, trombone, percussion and marimba in full effect, alongside energetic voices mixed with the rhythmic sounds of South America. Everyone in attendance stood and danced along from beginning to end, making for a wonderful concert atmosphere.