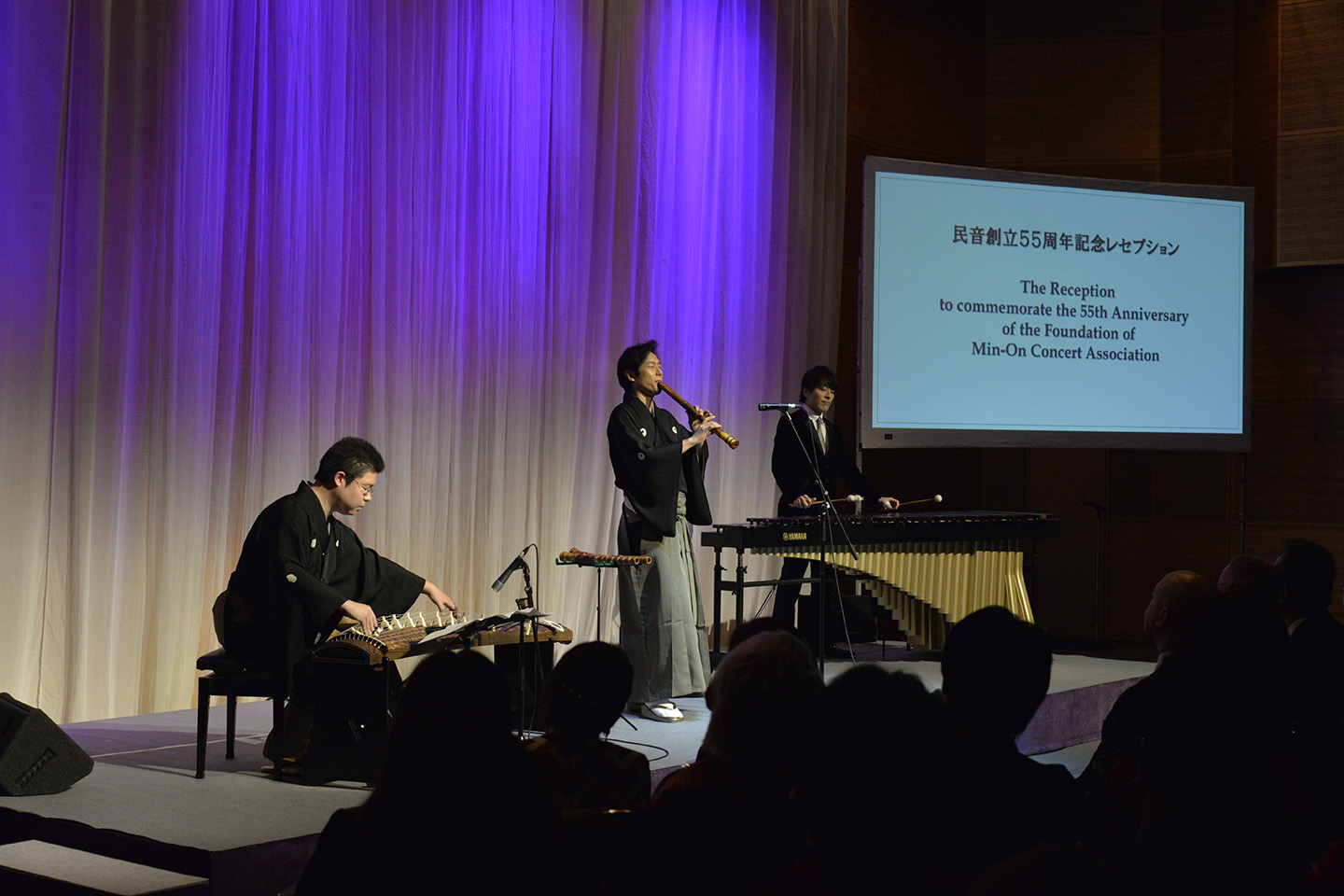 On December 4, Min-On was pleased to welcome 40 ambassadors and embassy personnel, as well as guests from the corporate sector, private groups, the media and the music industry to the Min-On Culture Center for a reception to commemorate the 55th Anniversary of the foundation of Min-On Concert Association. 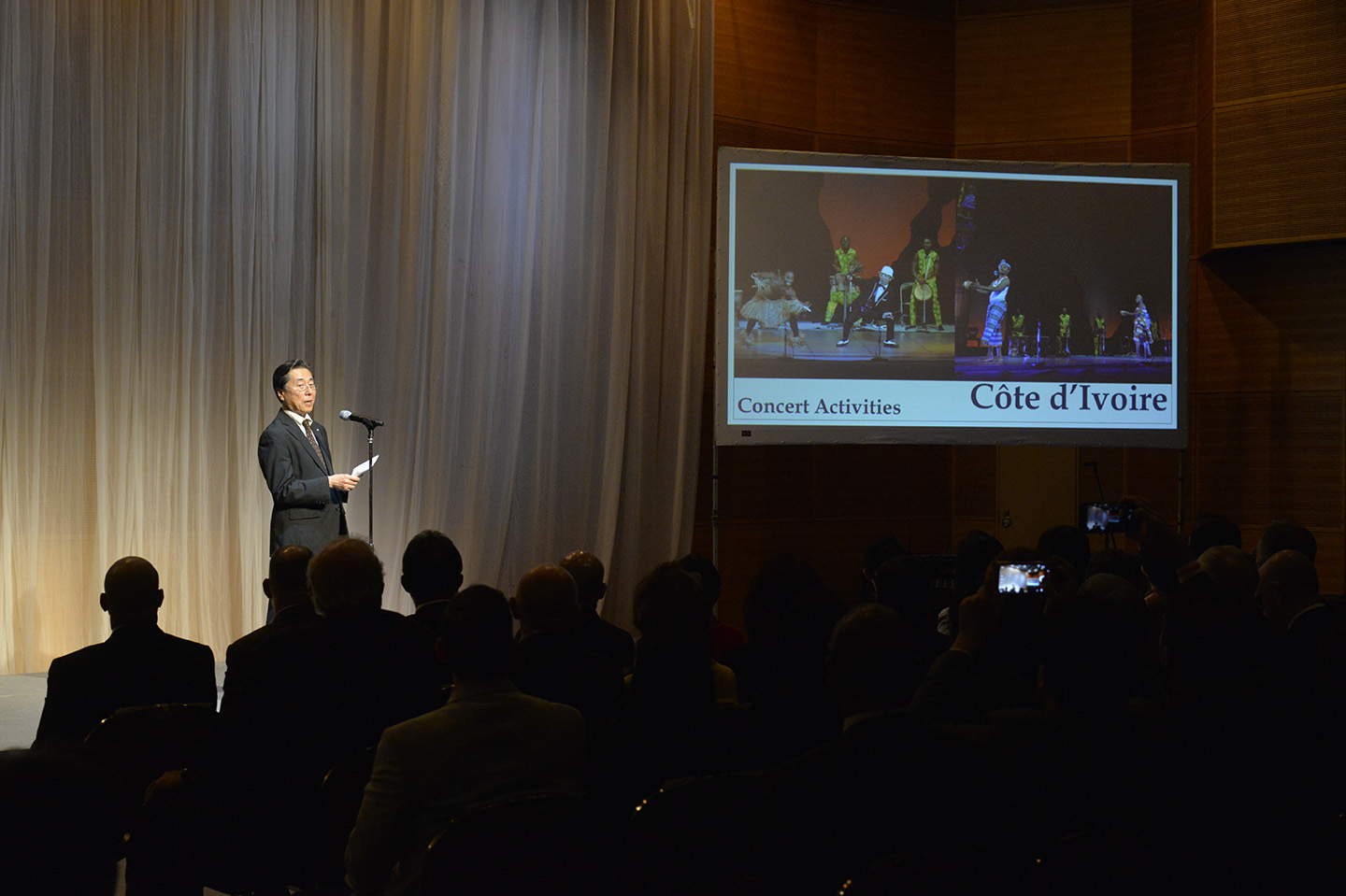 Mr. Kazuto Ito, President of Min-On Concert Association, expressed his appreciation for the support of Min-On’s one-million members, who have allowed Min-On to hold cultural exchange performances with over 110 countries. He continued to detail Min-On’s various concerts and public welfare events held this year, saying, “With the founding policy of ‘Cultural Exchange as a Bridge to Mutual Understanding and the Foundation for Peace’ at its core, Min-On Cultural Association is an entity that continually contributes to society.” 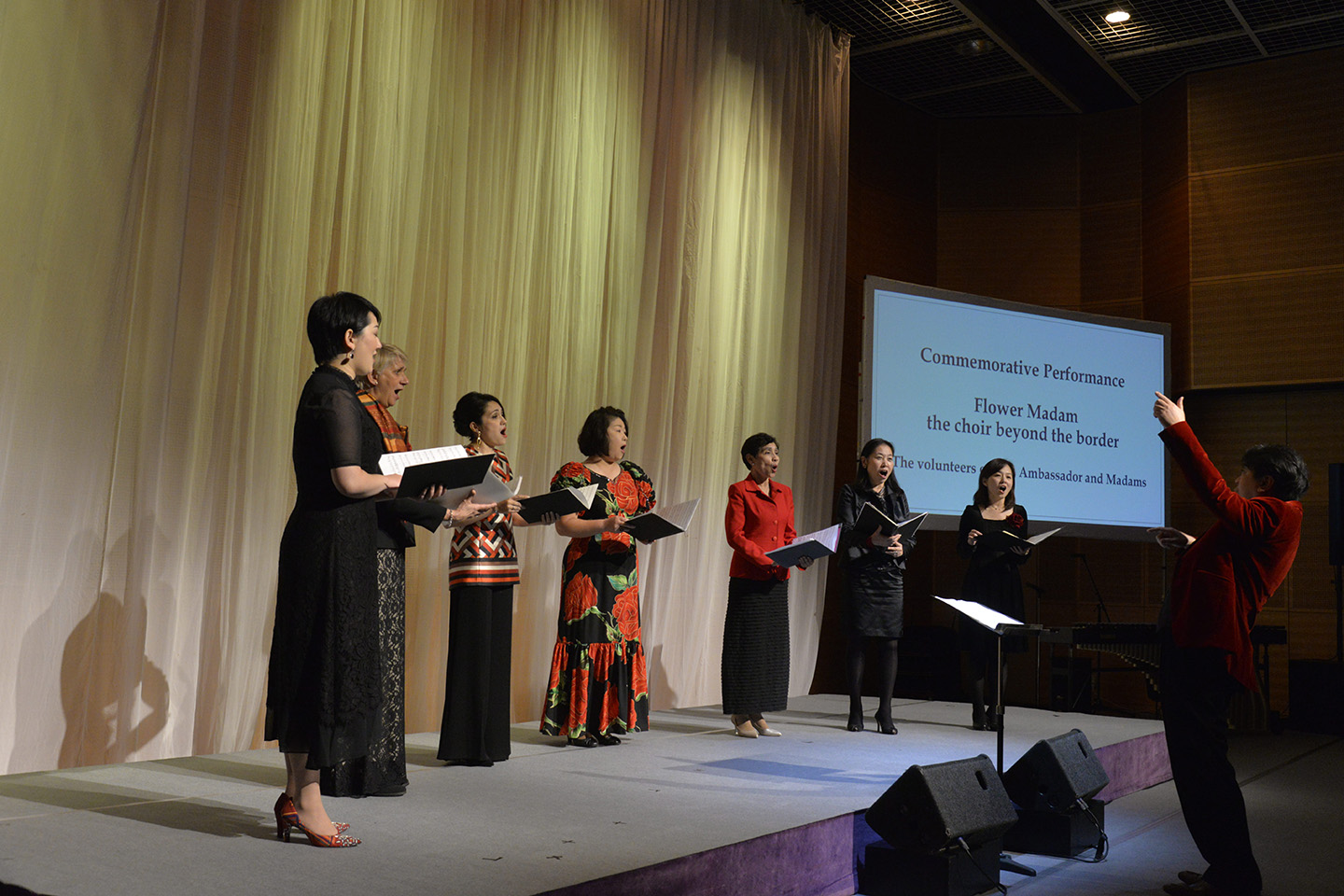 Ms. Tomoko Ukishima, State Minister of Education, Culture, Sports, Science and Technology, followed, expressing her respect for the tireless efforts that Min-On has made in contributing to the development of music culture in Japan since 1963. She also spoke of plans to further convey the charm of Japanese art and culture to the world in the leadup to the 2020 Tokyo Olympics and Paralympics. In closing, she stated that she was confident that “Min-On will continue to show leadership in the promotion of cultural exchange.” 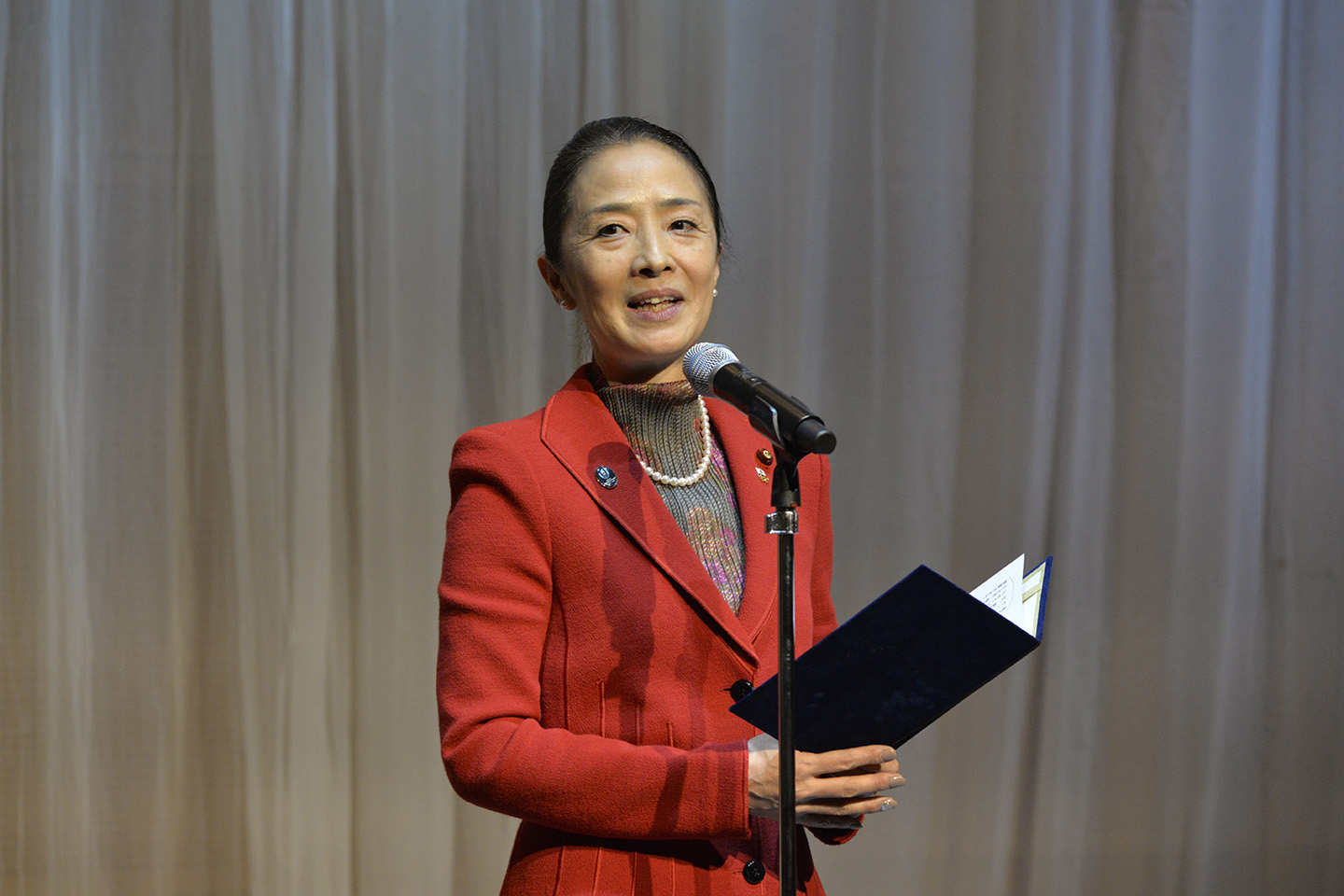 Following the opening speeches, Flower Madams: The Choir Beyond the Border (The Volunteers of Her Excellency Ambassador and Madams), gave a choral performance. H.E Mrs. Martha Lidia Zelayandia, Ambassador of El Salvador, Mme. Erika Colon of Venezuela, Mme. Ayana Hatada Diaz of Panama and Mme. Sarah Madden of England sang When I Sing a Song, Joy to the World and Little Bird, conducted by Mr. Hiroaki Kato and accompanied on piano by Mr. Toshiki Usui. Their warm voices filled the venue, and their beautiful melodies received a large round of applause.

Afterwards, Dozan Fujiwara, a shakuhachi player who performed in the Min-On Global Music Network dispatch series concert in Indonesia, performed alongside marimba player SINSKE. They were followed by shakuhachi player Joji Murasawa, who performed at the same event in Indonesia. The audience was deeply moved by the elegant tones of the Japanese instruments and the delicate yet dynamic timbre of the marimba in well-known songs including The Sea in Spring, The Crane’s Nest and Bolero.