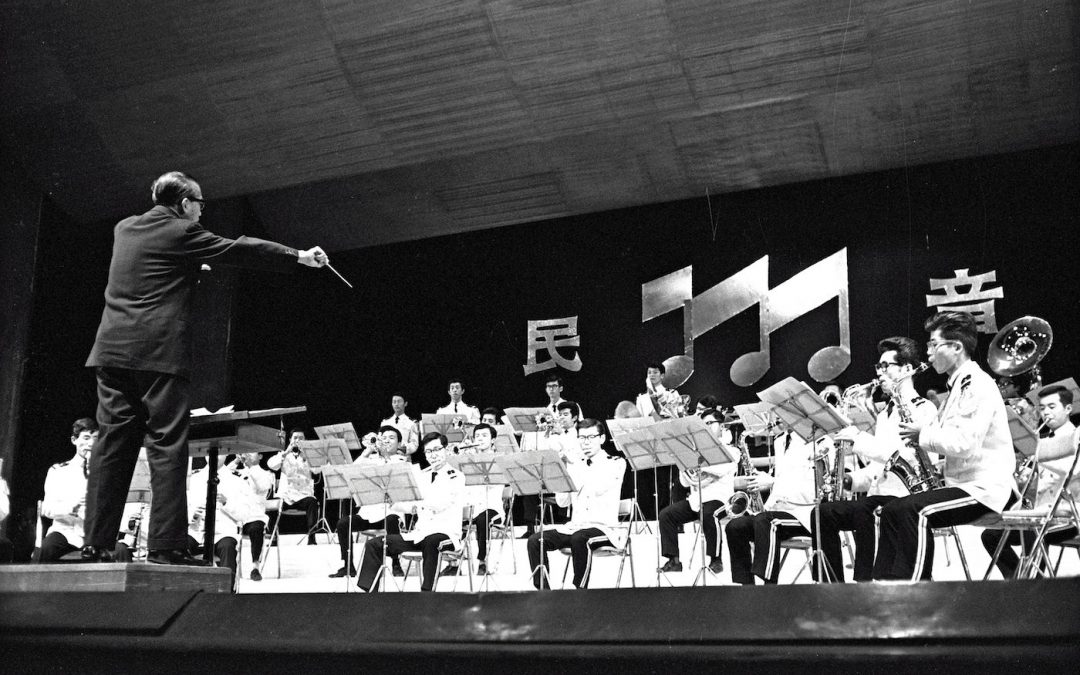 October 18, 1963 marks the auspicious founding of the Min-On Concert Association.Founder Dr. Daisaku Ikeda once remarked, “What has propelled us forward, then as now, is the overriding goal to return

music to the populace, to broaden a culture of humanism and to kindle the solidarity of all people through music for peace in the world.” Indeed, the association’s name, Min-On, literally means “the people’s music.” In 2018, celebrating 55 years of the people’s music movement, we at the Min-On Concert Association have renewed our commitment to peace and harmonious coexistence through our multifaceted movement of music and performing arts. These two pages introduce some of Min-On’s diverse programs over the past 55 years. 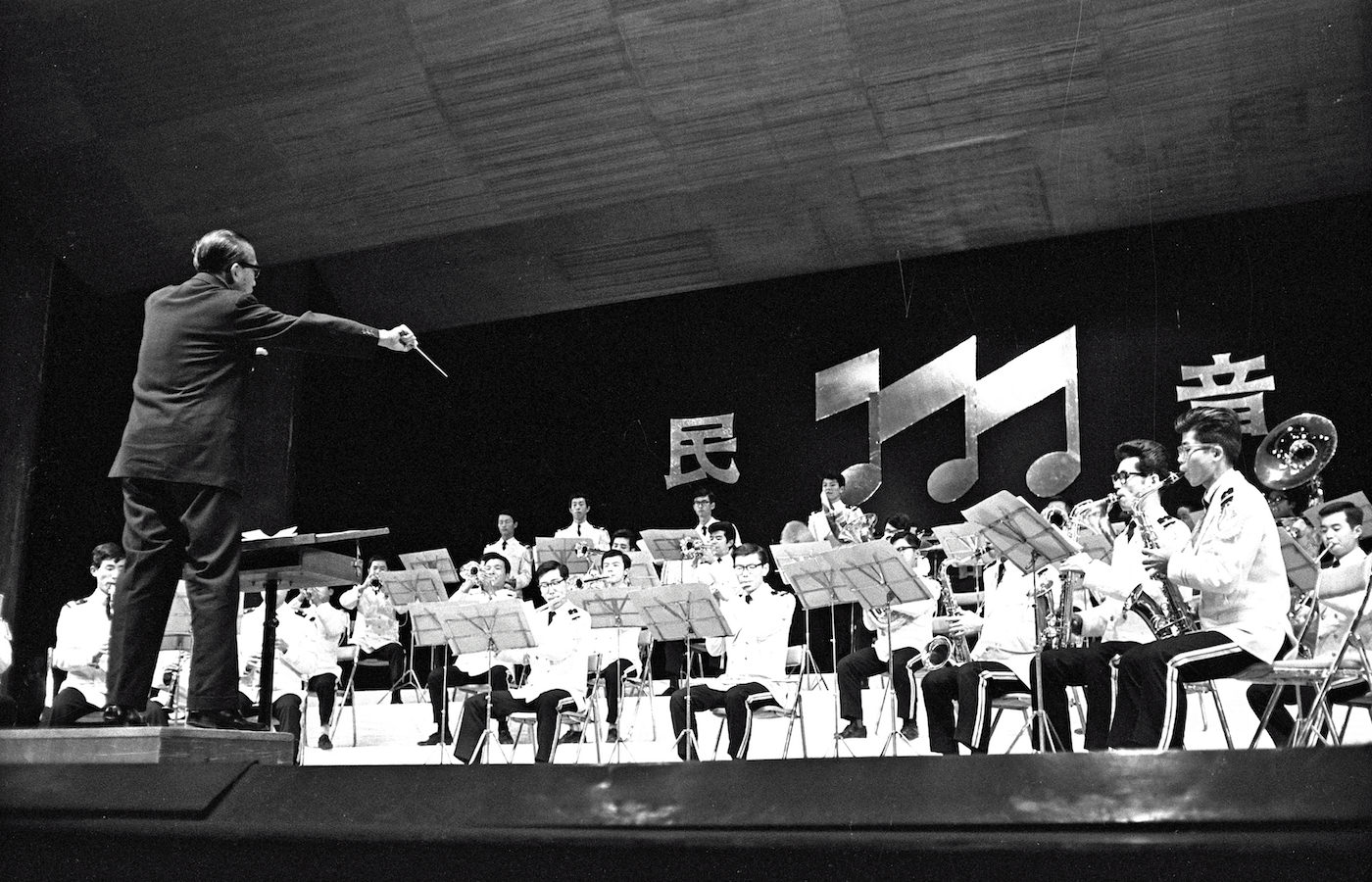 At the time Min-On was founded in the 1960s, the average person in Japan listened to popular music, but they were less familiar with classical music and opera. Tickets to such concerts were expensive, making them inaccessible to a large portion of the population. On October 18, 1963, an inaugural concert celebrating the founding of the Min-On Concert Association was held at the Bunkyo Civic Auditorium in Tokyo, and its five founding principles were announced onstage to launch Min-On’s multifaceted music movement firmly rooted among ordinary people.

One of Min-On’s core objectives was to make the finest music and performing arts from around the world readily accessible to ordinary citizens at affordable prices. For 55 years to date, Min-On has provided a variety of concert series across a wide spectrum of musical genres, including classical music performed by internationally acclaimed conductors and prestigious symphony orchestras; contemporary jazz played by world-renowned musicians; exotic Latin and Tango rhythms; the quiet beauty of Japanese classical music; traditional choral music, and modern pop songs. Min-On has shared the joy of live music in concert with millions. 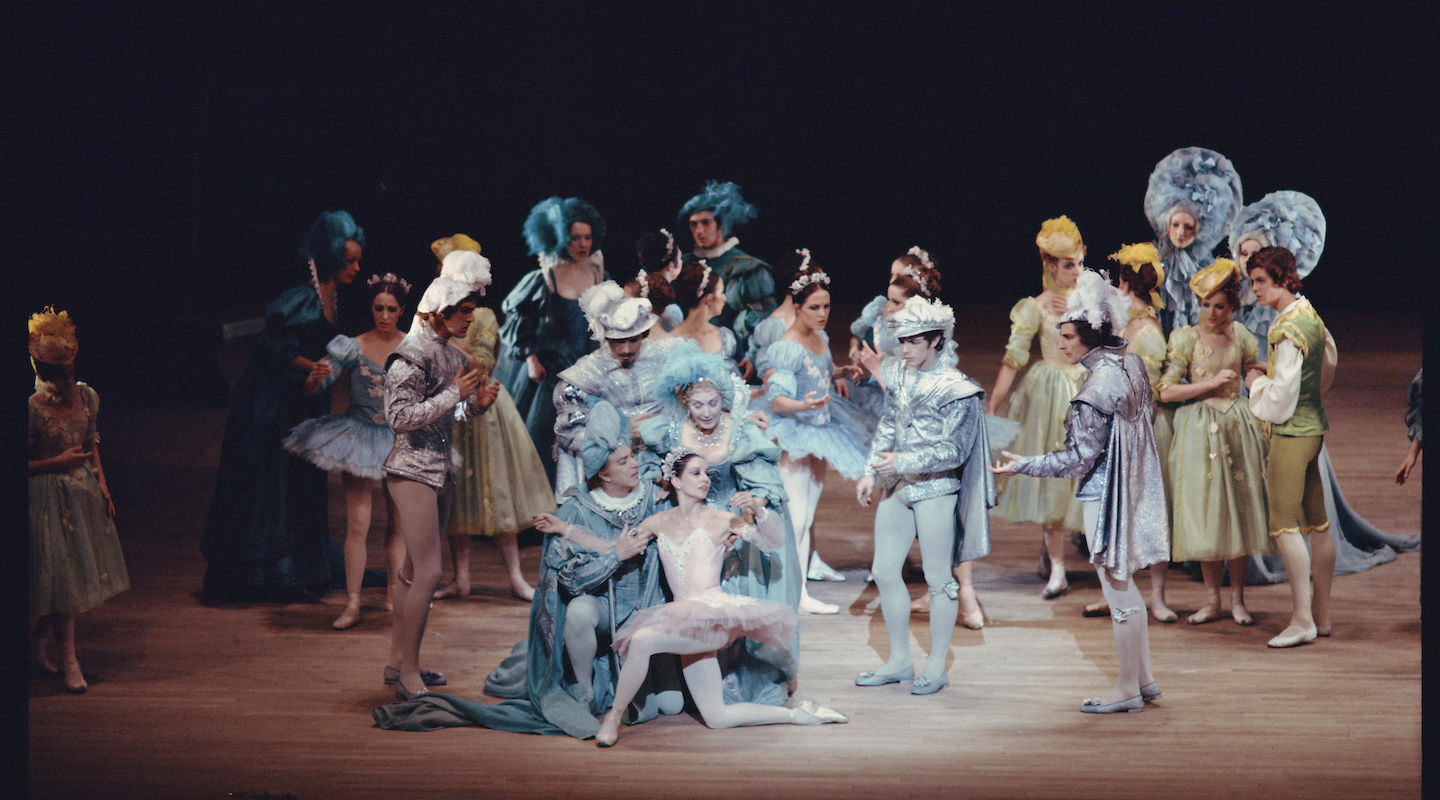 Soon after its founding, Min-On initiated an exclusive series of premier ballet performances inviting prestigious ballet companies from around the world. In 1966, the Association invited the Soviet National Academy Novosibirsk Ballet to Japan for the first performance in this series. The following year, Ballet du XXe Siècle (The 20th Century Ballet of the Monnaie Royal Theater, the National Theater of Belgium) led by Maurice Béjart came to Japan. This was followed by the American Ballet Theater in 1968 and the Royal Ballet from the United Kingdom in 1975. More recent major events have included performances by the Netherlands Dance Theater led by Jirí Kylián in 1990 and 1993, the Royal Winnipeg Ballet in 1995 and the popular Hamburg Ballet, appearing in the Min-On Ballet Series a total of six times since 1986—with their visit in 2009 being the most recent of the series. John Neumeier, the choreographer and director of the Hamburg Ballet since 1973, considers the Hamburg Ballet and the Min-On Concert Association counterparts sharing the same mission, due to Min-On’s dividing line with commercialism and promotion of world peace through cultural and artistic exchange. 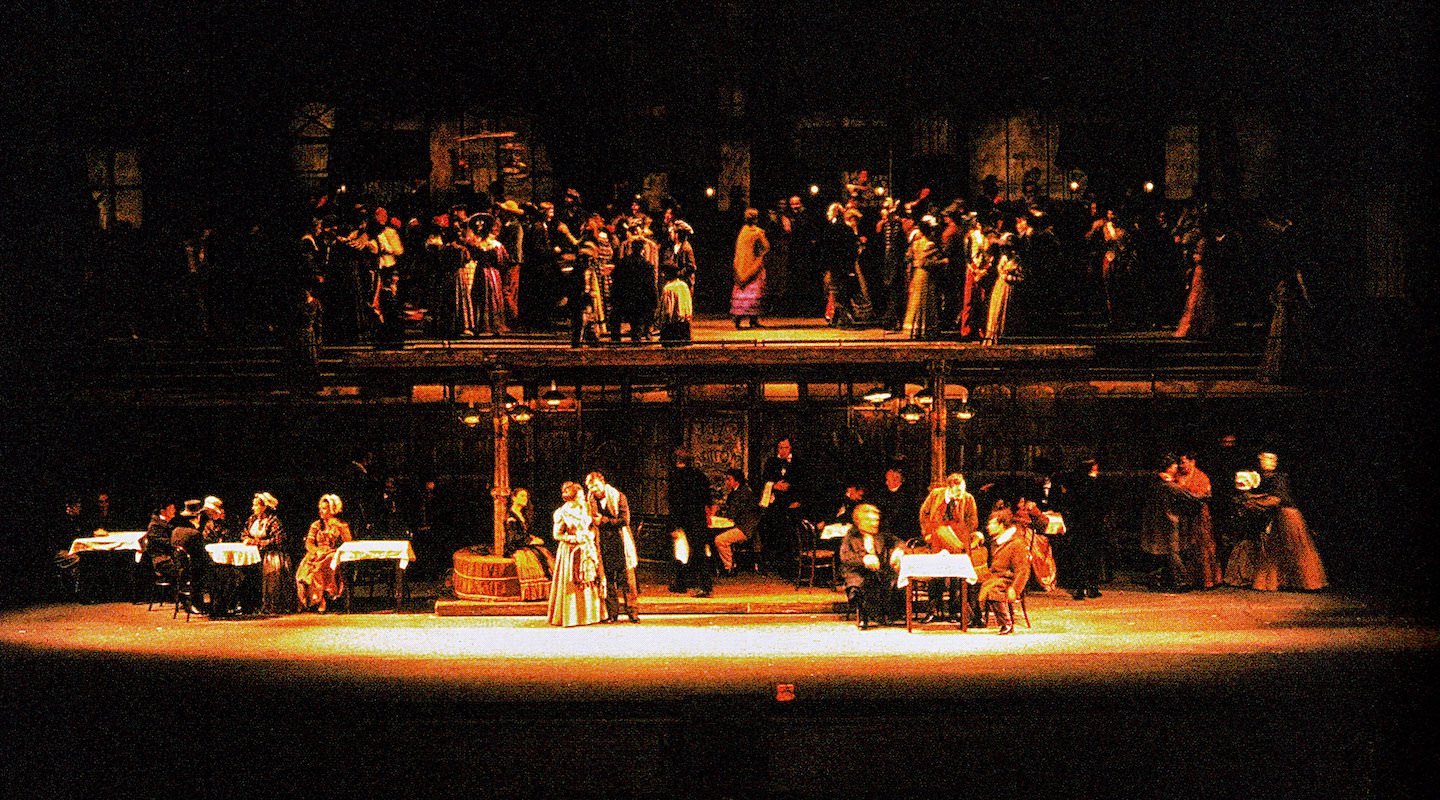 Celebrating the 10th anniversary of its founding, Min-On invited the Bayerische Staatsoper München (Munich Opera) in 1974 as the first installment in Min-On’s Opera Series. At that time—and still today in Japan—it is a rare opportunity for Japanese fans to enjoy a genuine opera live. After Bayerische Staatsoper’s successful Japan tour, Min-On scheduled three large-scale productions by some of the world’s leading opera houses during the 1980s, including the Wiener Staatsoper (The Vienna State Opera) from Austria in 1980, Milan’s Teatro alla Scala (Scala Theater) from Italy in 1981, the Royal Opera from England in 1986, and later in 1992, Oper der Stadt Köln (The Cologne Opera). The Japan tours by these prestigious opera companies were Min-On’s most ambitious undertakings since its founding. For example, the planning and negotiation to invite Milan’s La Scala from Italy began in 1965 soon after Min-On’s founding, and took 16 years to finally realize the mammoth undertaking in 1981. This included transporting the entire show from Italy to Japan, including sets, props and some 500 cast and crew—everything except the actual opera house. It was an unprecedented event in the history of opera performance in Japan. 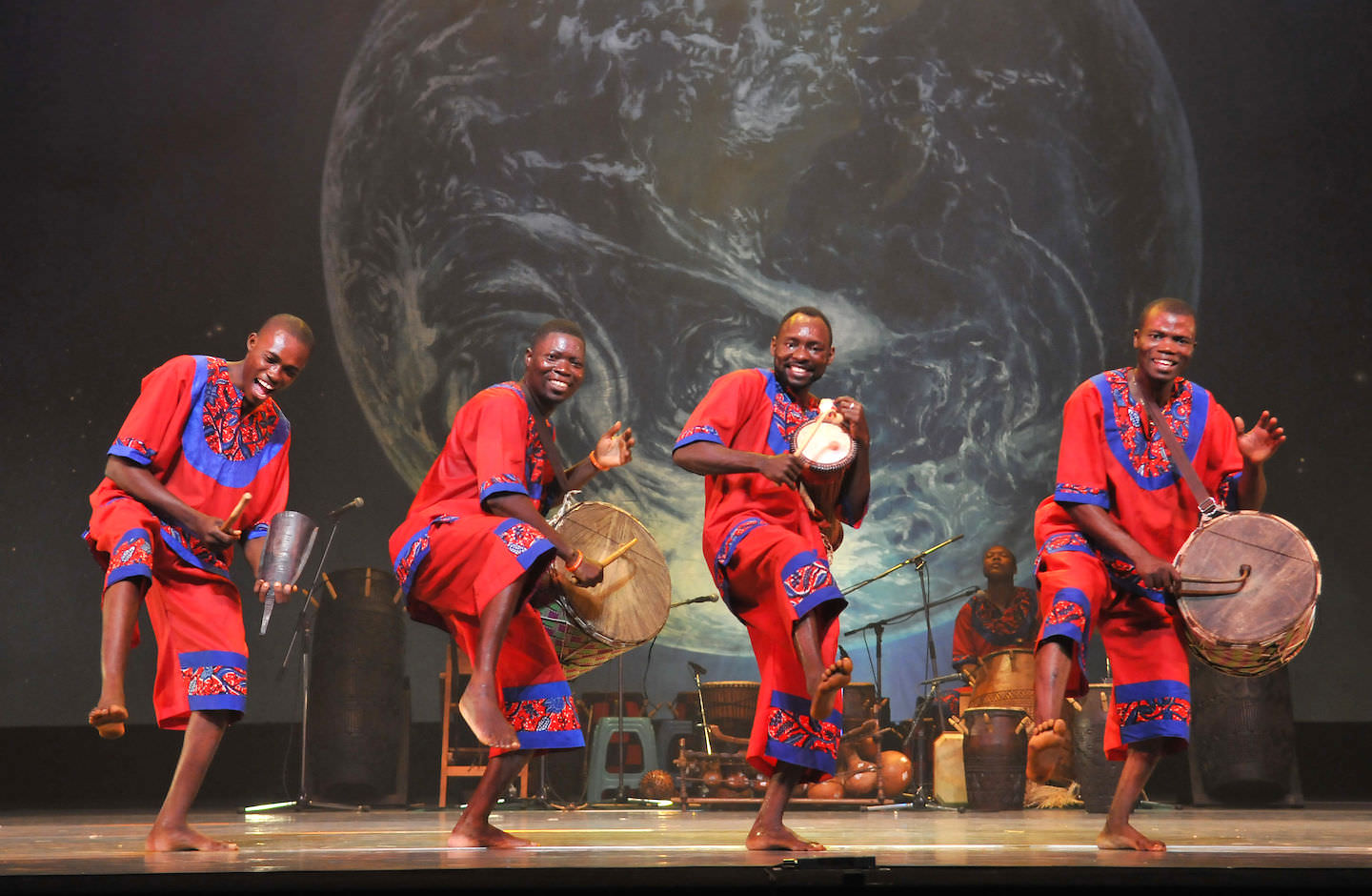 Regarding the Min-On Concert Association’s significant role in promoting cultural exchange, the Min-On Founder remarked, “The basis of genuine world peace will be formed by the fostering of a mutual understanding through a grass-roots exchange that transcends distinctions of race, nation and ideology. To this end, exchanges in art and culture will be indispensable. Music, dance and works of art occupy a dimension that transcends borders. While they may be distinctively ethnic in flavor, they also have a quality that makes them universally accessible. This quality is what prompts me to consider promoting exchange in music and the arts.” In line with this principle, Min-On has realized international cultural exchange in music, dance and the performing arts with 108 countries and regions in the past 55 years: 9 countries in the middle east, 23 in North, South and Central America, 41 in Europe, 19 in Asia, 13 in Africa and 3 in Oceania. Virtually all over the world, Min-On has built bridges through musical culture between people of all ages, pursuing mutual understanding and fostering global goodwill. 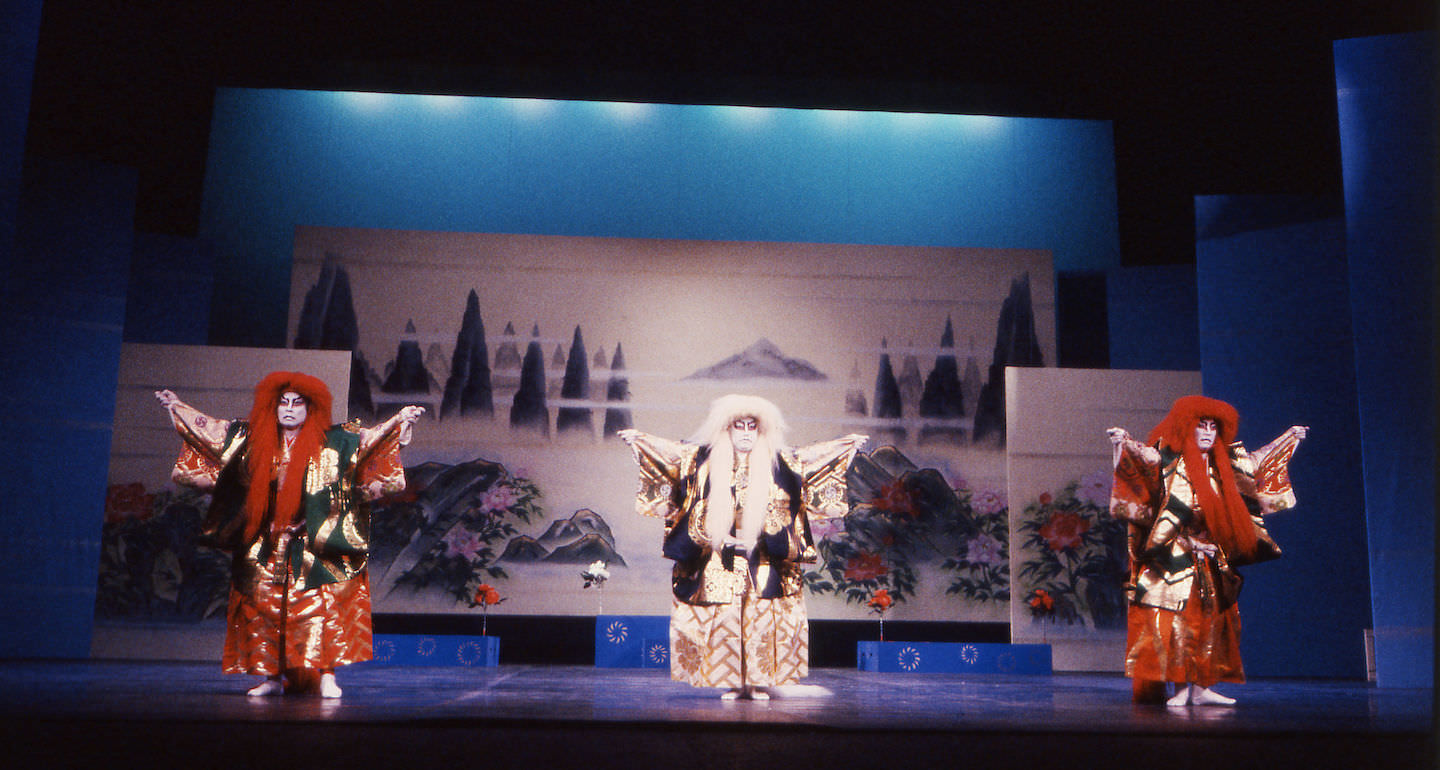 In addition to inviting leading musicians and artists from around the world, Min-On launched its program of overseas dispatches, featuring Japanese musicians and performing artists, a few years after its founding. In 1966, the first-ever dispatch of Japanese artists was to the United States—just two decades after the end of the war between the two countries. The production was entitled Holiday in Tokyo and introduced “King’s Roar”—one of Japan’s first jazz bands—alongside Japanese folk singers and classical dancers, premiering to rave reviews in Los Angeles, San Francisco and Honolulu. Furthermore, in cooperation with the Malaysian Ministry of Culture, Min-On dispatched the Japanese performers to Kuala Lumpur in 1988 to celebrate the 16th anniversary of the city’s incorporation as a municipality. The event was attended by 3,500 guests including Prime Minister Mahathir bin Mohamad, ambassadors and officials of 19 countries and the Min-On Founder, visiting from Japan. The first European country to receive an overseas dispatch from Min-On was France. Jeunesses Musicales de France (JMF), a French youth music organization, and Min-On made an agreement based on mutual Franco-Japanese cultural exchange. From 1966 through 1991, Min-On dispatched nine groups of Japanese artists for a total of 281 performances in France and invited 10 groups of musicians and artists from France for a total of 141 performances in Japan. To date, Min-On has dispatched Japanese musicians, dancers and artists to 19 countries for more than 700 performances—most recently to India at the end of 2017. 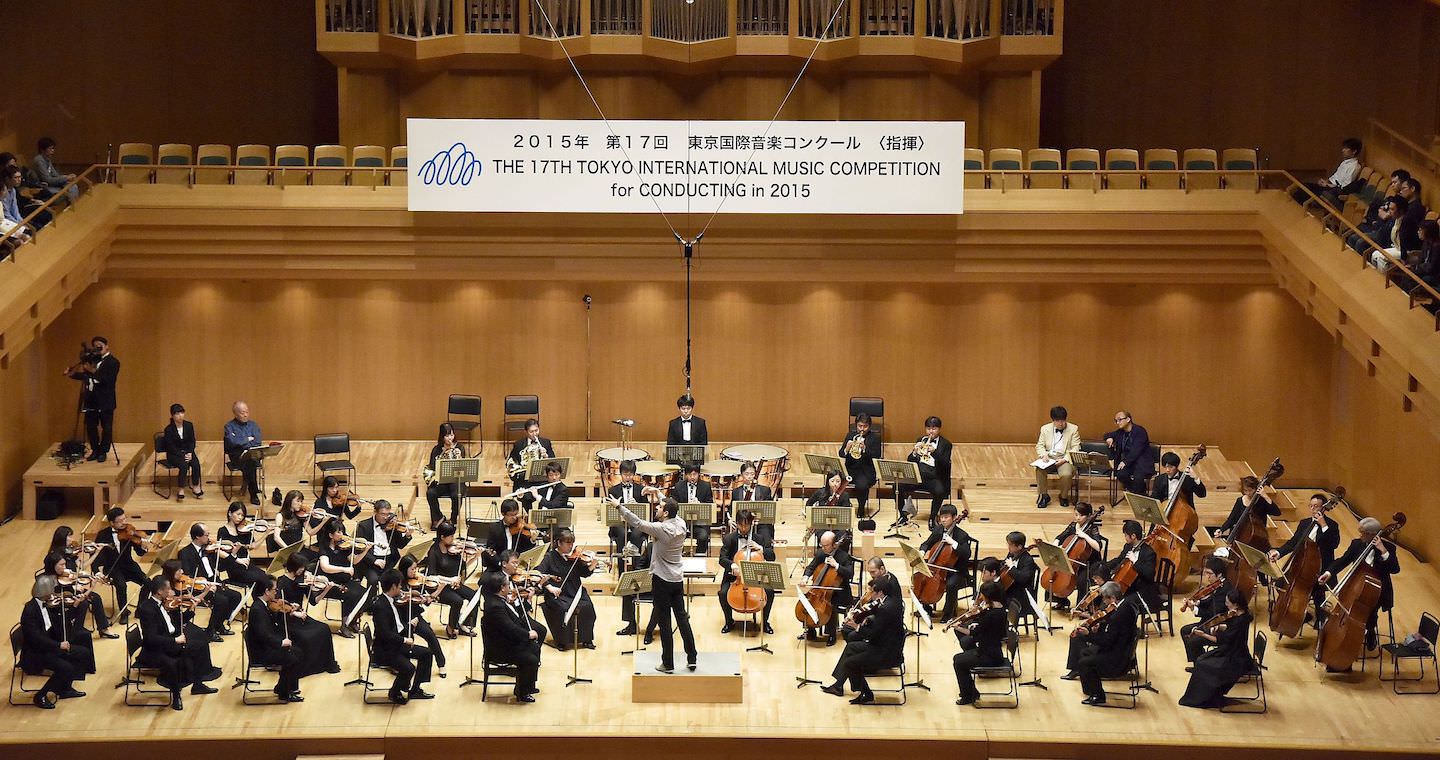 Min-On revitalizes musical culture worldwide through public outreach programs in the spirit of its underlying goals: encouraging the development of new artistic talent, contributing to the emotional development of young people and promoting a love of music in Japan and worldwide. Min-On has offered thousands of admission-free outreach programs over the last 55 years, including the following: a series of Min-On Citizens’ Concerts to share the joy of music during lunchtime at a city park; school concerts providing live music at public schools in remote areas; the Foreign Students Music Festival, developing a worldwide network of friendship among international students in Japan; symposiums and talk shows promoting the advancement of musical culture, and most recently, a series of salon concerts at the Min-On Music Museum. This fall, the 18th Tokyo International Music Competition for Conducting in 2018 will be held to commemorate the 55th anniversary of the Min-On Concert Association.