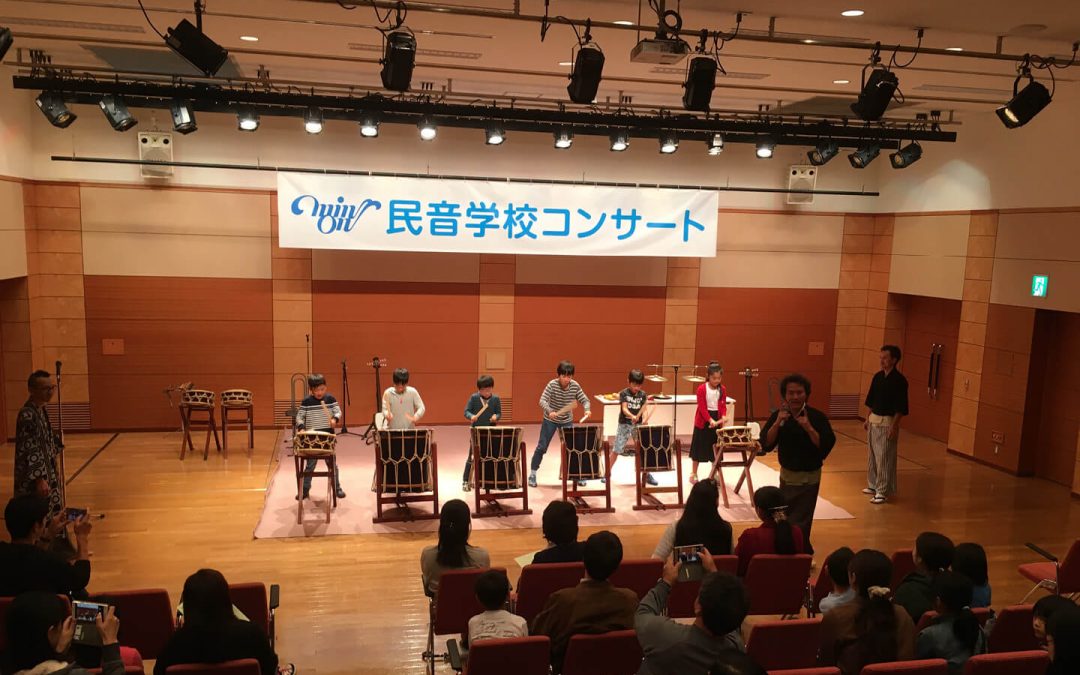 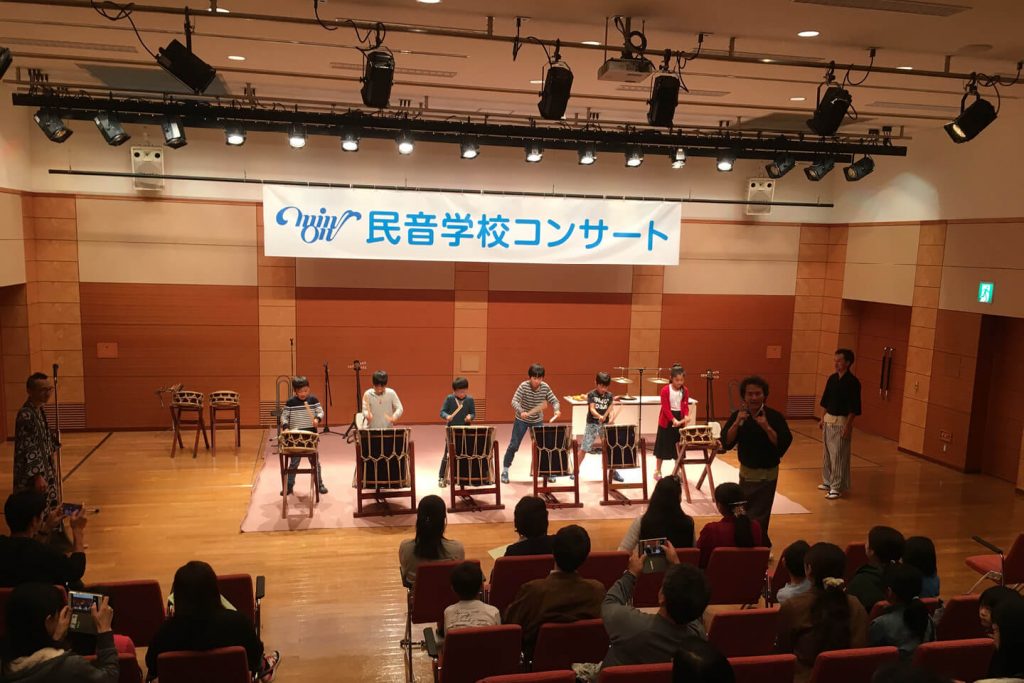 The Min-On School Concert Program has a long history of cultivating schoolchildren’s emotional development through music appreciation in Japan and other countries for over 40 years. Since its inaugural concert held at the Shibetsu Middle School in a remote area of the northern prefecture of Hokkaido in 1973, a total of over 1.3 million students from more than 4,300 schools across Japan, including schools on isolated islands and in heavily mountainous regions, have enjoyed live performances by professional artists at local venues. Especially since the beginning of the 21st century, Min-On began holding special school concerts for those in areas affected by natural disasters, to provide spiritual support and encouragement through the power of music.

October 21, 2017 marked exactly one year since a major earthquake affected Kurayoshi city and the surrounding area in Tottori prefecture. On that occasion, Min-On sponsored a special school concert by internationally acclaimed Japanese traditional instrumentalists AUN J-Classic Orchestra and HIDE for all Kurayoshi elementary and middle school students at the Community Plaza of Kurayoshi City Park Square. During the concert, a variety of traditional Japanese instruments were introduced, and some students had the opportunity to play Japanese drums during an impromptu lesson by the professional artists. The energetic and superb performance by the Japanese instrumental experts gave hope to the youth of Kurayoshi city, and throughout the show, the huge crowd of students spontaneously broke into enthusiastic applause.