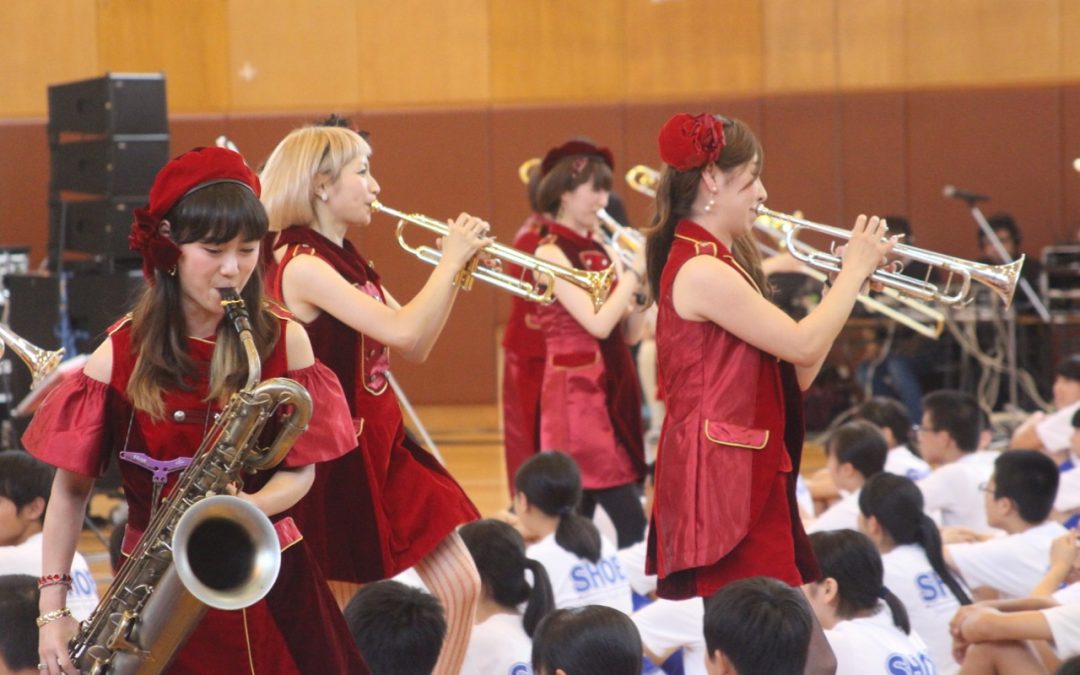 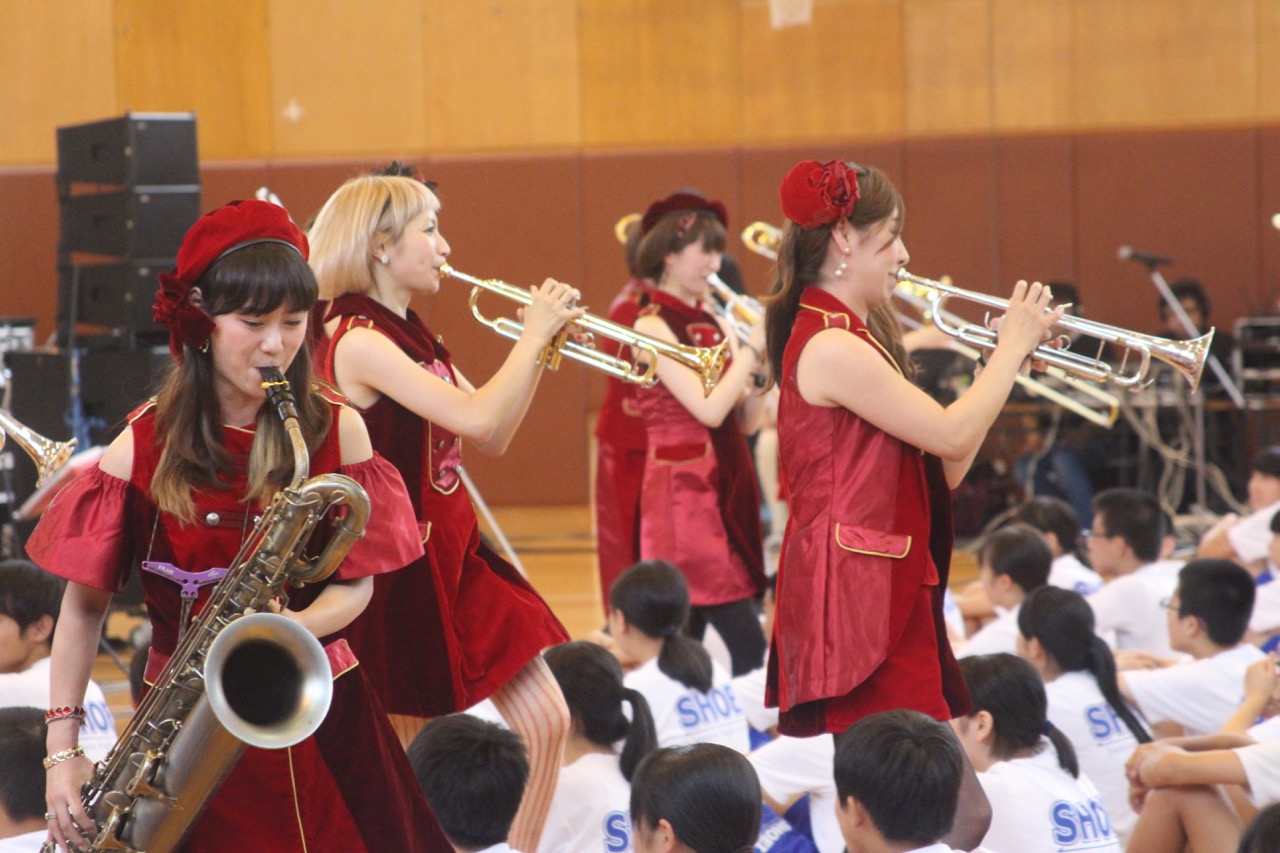 In spring 2012, a year after the Great East Japan Earthquake hit the Tohoku region, the Min-On Concert Association launched a series of concerts entitled The Tohoku Hope Concert in collaboration with TBS Radio and other radio broadcasting stations in the three most affected prefectures of Iwate, Miyagi and Fukushima. The series’ goal was “standing close to the people in the affected areas, providing spiritual support through the power of music to give hope and courage, and lighting up a torch of healing and restoration in people’s hearts.” Kicking off the series in May 2012, The Tohoku Hope Concert has been held almost monthly in different cities and towns for five years to date. Most recently, the sixty-first concert was held on July 13 at Shoei Junior High School in Shinchi City, Fukushima Prefecture, where the energetic and dynamic all-female tropical big band Taoyame Orchestra performed.

The highlight of every Tohoku Hope Concert is when the students and the artists sing their school song together in unity. At the finale of this sixty-first concert, the 18 members of Taoyame Orchestra played the Shoei Junior High School song in a special instrumental arrangement, and all the students sang along enthusiastically. It was a memorable and joyful musical experience for everyone. Min-On will continue to organize similar concert activities to help people in need through the power of music.