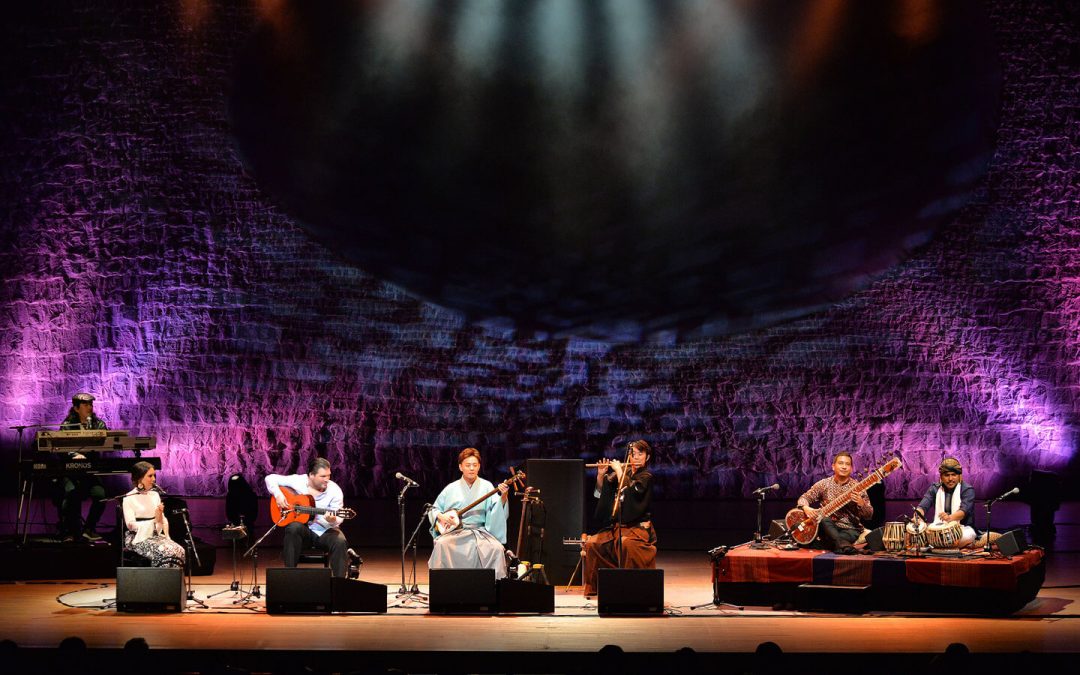 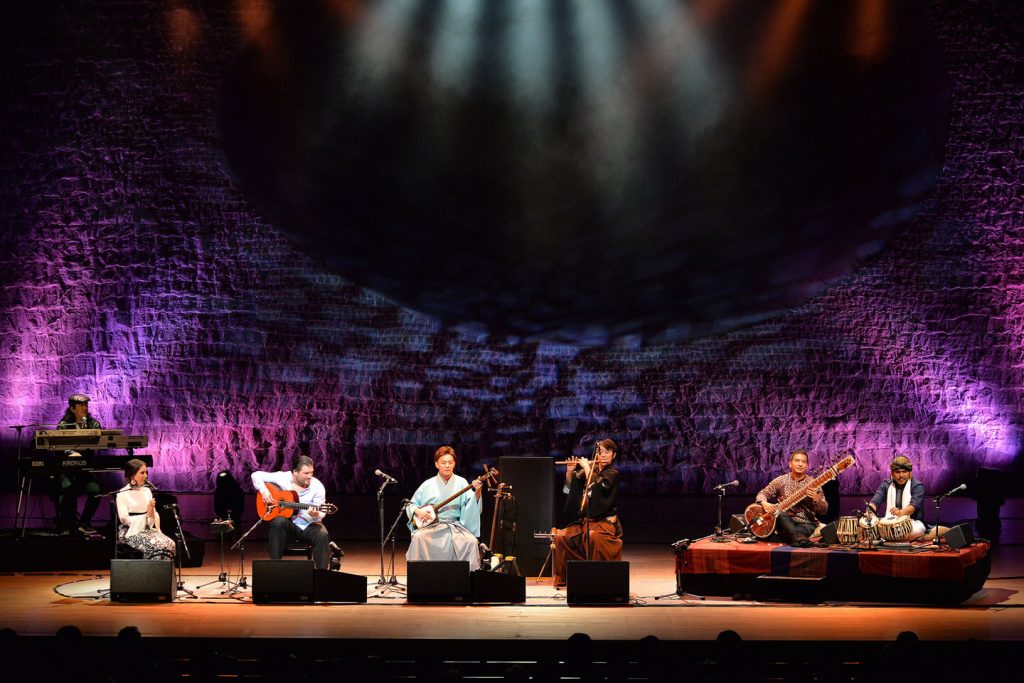 This year, the Min-On Concert Association initiated an innovative concert series entitled The Min-On Global Session to showcase music and instruments representing a diverse array of ethnic traditions and musical cultures from around the globe. The first installment in this series was an exercise exploring the lute family of composite chordophones, which are defined as musical instruments with strings bound to a neck, connected to a round body that acts as a resonator. Min-On organized a nine-city concert tour of the first Global Session under the theme of Gen—Strings Connecting the Hearts of People from Different Countries and Ethnicities.

The tour featured the young Tsugaru shamisen virtuoso Sho Asano and master shakuhachi flutist Koushi Tsukuda from Japan, talented flamenco guitarist Juan Maria Real with cante flamenco vocalist Paz de Manuel from Spain and master sitar player Sawan Joshi with tabla drummer Milesh Tandukar from Nepal. During the first half of the concert, each group of distinguished artists performed and expressed their contrasting traditions of ethnic musicality through their respective folk instruments. In the second half, they presented their collaborative repertory, including contemporary and original compositions in a cross-cultural combination of ethnic stringed instruments, drawing out the colorful tones and layered sounds with each of their boundless artistic skill. The musical innovation of the Global Session, which gracefully presented a beautiful world of global harmony through a dynamic ensemble of three different ethnicities, was exceptionally well received by its audiences.