Interview with H.E. Seiko Ishikawa, Ambassador of the Bolivarian Republic of Venezuela to Japan

Min-On: We deeply appreciate your continuous support of Min-On’s cultural undertakings. In particular, we have been greatly honored by your presence at many Min-On cultural exchange concerts. First, please share your impressions of our cultural activities.

Ambassador Seiko Ishikawa: Thank you. Although I haven’t been able to attend all of Min-On’s invitations, I have seen many performances. I truly enjoy the variety of initiatives that Min-On provides, and the enthusiasm of the audience always fascinates me. Min-On always makes a perfect match by inviting the best international artists and musicians and assembling audiences interested in them.

Min-On: We are very happy to introduce Guaco onstage to Japanese audiences this coming autumn. They are one of the best bands from Venezuela and a Grammy award winner. Please tell us briefly about Guaco.

Ambassador: Guaco is one of the most successful bands in Venezuela. They have a long history of blending different genres of traditional Venezuelan music. Also, they blend them together with many international genres. In that sense, they have created brand new, unique genres of music. They each have a different name, but collectively they’re referred to as “music from Guaco.” People have known about them for some time, but they haven’t necessarily understood the new genres they create.

I would also like to mention that in fact, one of the most well known Latin American songs in the world is from Venezuela. In Japan, this song is known as “Coffee Rumba.” It is very popular not only in Japan, but also worldwide. This song represents an original genre that was created in Venezuela. I think that anyone who hears the melody would immediately recognize it.

We are very pleased that Min-On will present these unique Venezuelan genres of music through Guaco’s performance in Japan. When I arrived in Japan as an ambassador a long time ago, I asked some music specialists what the most sought after form of Venezuelan music was. They all said that “music from Guaco” was easily number one. That’s one of the reasons I’ve always hoped they would come to Japan someday. Finally, it will become a reality! Thank you to Min-On for your kind efforts to organize Guaco’s Japan tour.

Min-On: That’s wonderful! Next, please tell us briefly about Venezuelan culture in general.

Ambassador: Venezuela is a country that lives by its geography and nature. We are a blend of different regions within South America. We have influences from the rain, from the mountains and from the sea—they have all shaped the character of Venezuelans. We are an open-minded people, and have received others from different parts of the world with open arms.

Our unique cultural blend of Incans, Africans, Europeans and Asians has formed an iconic heritage that is manifest through music, art and cultural performance. From the mid-19th century through the 20th century, a lot of talented musicians and artists immigrated to our country. As top musicians and artists of Venezuela, they began to enrich our own Venezuelan culture. And as I mentioned earlier, they began blending different genres and creating unique music. This created a certain complexity in categorizing the musical culture of Venezuela, and because so many different genres of music exist, it makes it very complex to study what is really Venezuelan. But I think this complexity is the true beauty of Venezuelan culture. 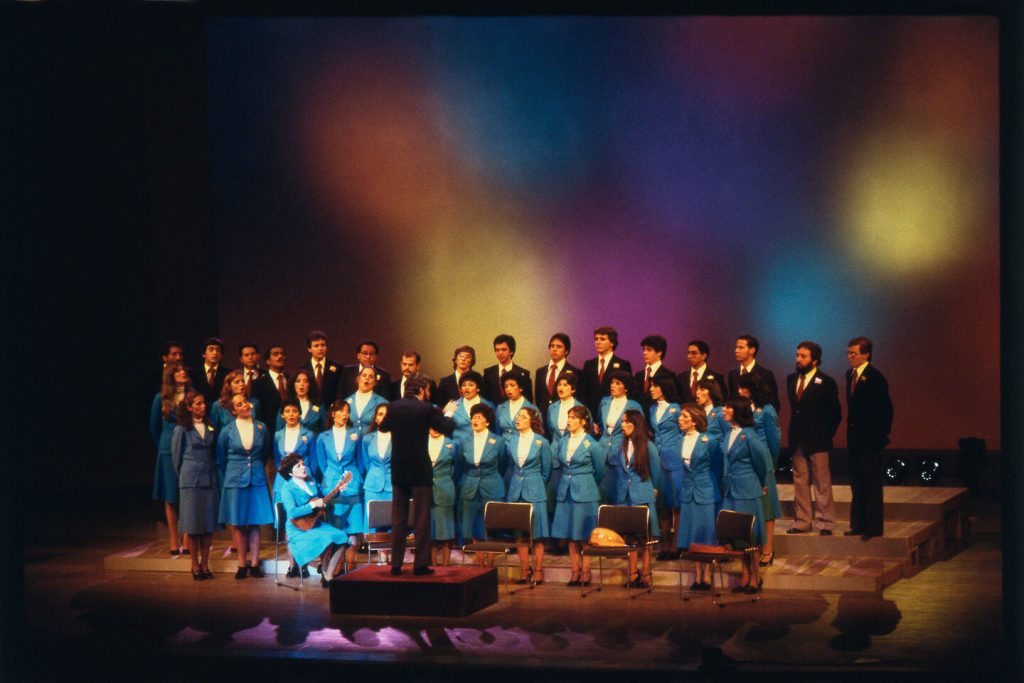 Min-On: We’d like to ask about your wife, who is a professional singer that dedicates her voice to many charitable concerts. Please share your thoughts on her work.

Ambassador: Thank you. My wife Erica came from a family of musicians. Her father is originally from Belgium. He immigrated to Venezuela many years ago and became president of the most famous classical music university in Venezuela, which he ran for over 13 years with great success. He is also a composer. Her mother is a soprano singer. Eventually, Erica went to the Royal Academy of Music in England and became a soprano singer herself. Thus, she inherited her passion for music from her parents. I am very proud of her work, because she is devoted to music not only in a commercial sense, but also from a spiritual perspective. The music Ave Maria was composed by her father and dedicated to the Marian statue at the church of Urakami in Nagasaki, which was destroyed by the atomic bombing in 1945 and later restored. She has been singing this composition as a symbol of unity, a sincere prayer for long-standing peace. We believe it is very much in sync with the efforts of Min-On and its founder Mr. Daisaku Ikeda. She has devoted herself to spread the message of peace, not only in Japan, but also around the world through her concert activities.

Min-On: Lastly, if you have any comments on the power of music, please share them.

Ambassador: It is very important to realize that music and art have a unique power to unite people worldwide beyond race, religion, borders or geography. This power is not only prevalent through the enjoyment of music, but also through nurturing of the soul and spirit. We all have basic needs like food, shelter, healthcare, etc. But if we cannot satisfy our spiritual needs, we cannot become fully conscious as human beings. Music nurtures the spirit in order for us to grow as people and citizens, bringing positive light to this world. I believe that growth ultimately connects to long-standing peace.