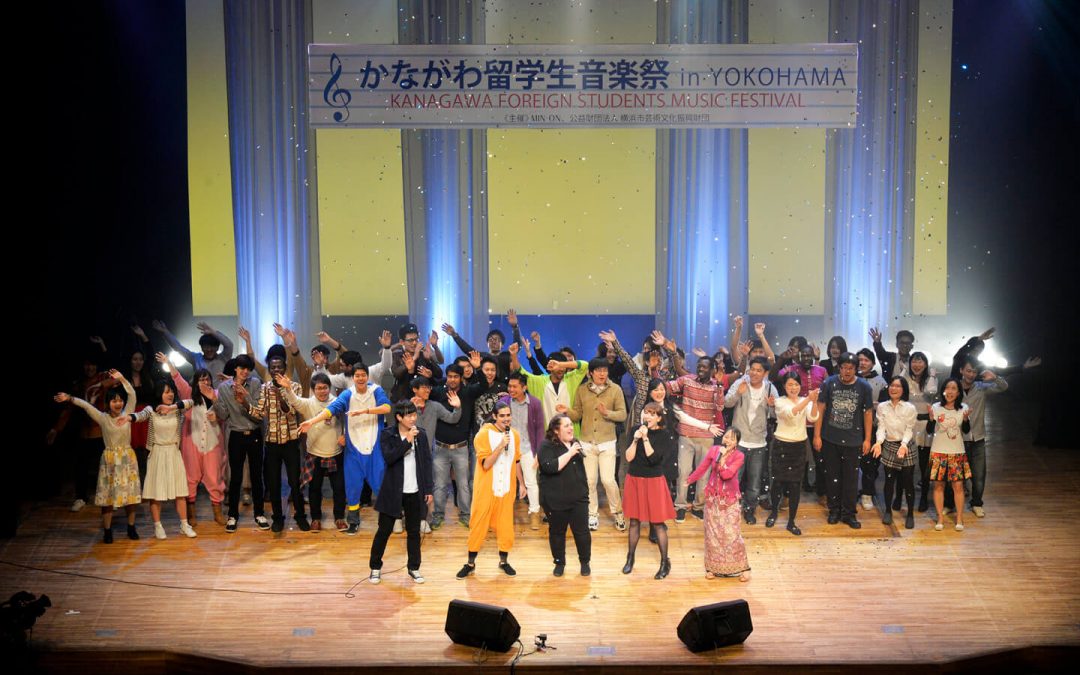 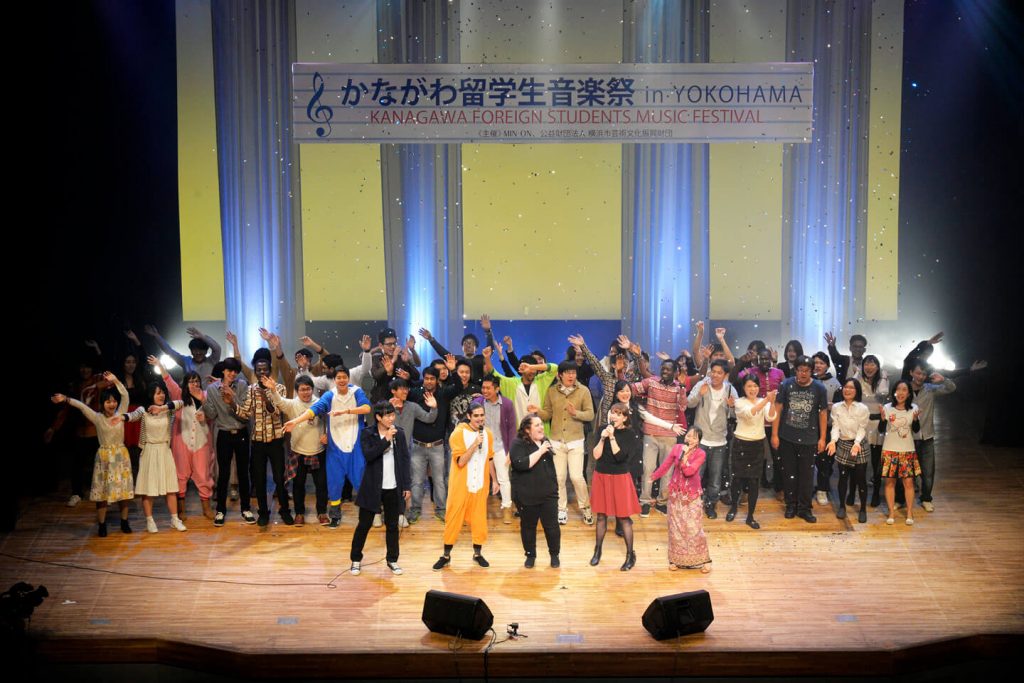 Min-On launched the Foreign Student Music Festival more than a quarter century ago with the grassroots aim of promoting intercultural understanding among Japanese and foreign students, to create a worldwide network of future friendship and goodwill. Since the first festival held in Kyoto in 1989, the Foreign Student Music Festival has been held alternatively in the cities of Kyoto and Osaka 25 times. Two years ago, the festival expanded to the Kanto area, and more than 5,000 exchange students from over 100 countries and regions have participated to date.

Most recently, on December 5, 2015, international students from 12 countries and regions studying at universities and colleges in Kanagawa prefecture and its environs gathered in the harbor city of Yokohama for the 2nd Kanagawa Foreign Student Music Festival, held at Kannai Hall in front of a capacity crowd. Students performed folk songs and dances from their home countries, played ethnic musical instruments and enthusiastically sang their favorite Japanese pop songs. A student from Vietnam acting as the master of ceremonies remarked that through their musical experience onstage, the students performing could understand each other’s culture and share a bond as one human family. He stated his wish to further promote participation by international students in the Foreign Student Music Festival to expand our circle of global friendship contributing to world peace.