The Perunika Trio and Yantra Showcase Their Dynamic Vocal Arts 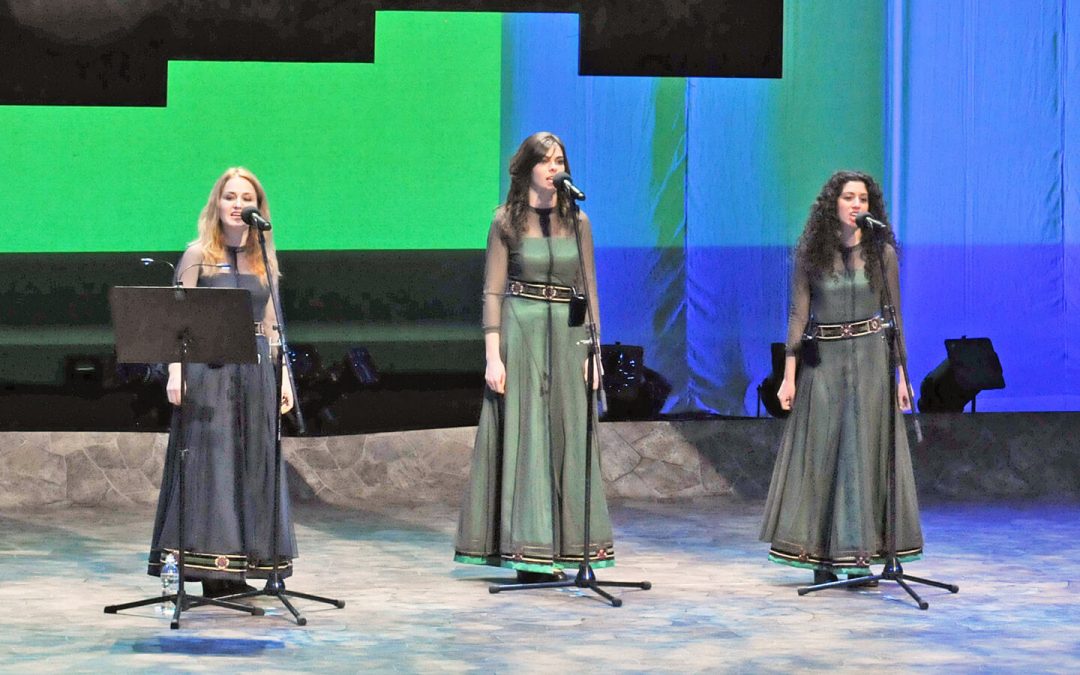 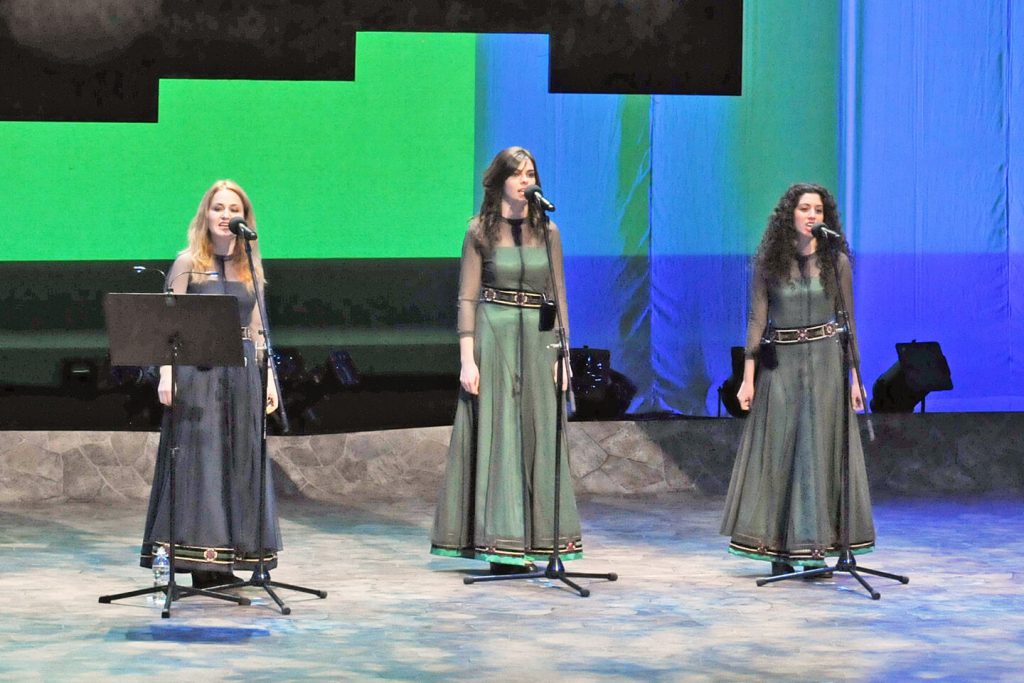 A cappella—choral music sung without instrumental accom-paniment—is perhaps the most archetypal art form of the human voice, which is the most basic yet highly sophisticated musical instrument we possess. A cappella performance expresses a deep range of emotion, from dire sorrow to great joy and the celestial harmony of humanity’s soul. For the last few decades, the Min-On Concert Association has held a series of a cappella concerts with a variety of prominent choral groups from different countries around the world.

From October 11 through November 10, 2015, Min-On presented the collaborative performance of two extraordinary London-based a cappella ensembles, the Perunika Trio and Yantra, to audiences in fifteen cities across Japan.

The Perunika Trio is an award winning a cappella group founded by member and artistic director Eugenia Georgieva. Inspired by her native Bulgarian traditions of folk music and vocal harmony, she formed a female a cappella trio with Victoria Mancheva and Victoria Evstatieva, who are both also of Macedonian descent, having spent their early years in Bulgarian cities. The second a cappella group, Yantra, is a unique collaboration of three singers from very different backgrounds. The Bulgarian Eugenia Georgieva of Perunika Trio also initiated this unusual vocal ensemble with vocalists Vamshikrishna Vishnudas from South India and Jeremy Birchall from the United Kingdom. The richness of their a cappella is tastefully enhanced by multitrack recording technology, which gives an unusual depth of sound and harmony to their performance.

Their artistic passions were united onstage and manifested as a stunning Slavic repertoire incorporating Bulgarian, Macedonian and Russian traditional music and Orthodox chants into a dynamic fusion of Japanese, Indian and English vocal traditions, all through Bulgarian harmonic arrangements. It was most likely the first time the majority of Japanese audiences heard the extraordinary polyphonic style of unfamiliar Bulgarian harmonies, which was instantly greeted by thunderous applause at every venue across Japan.