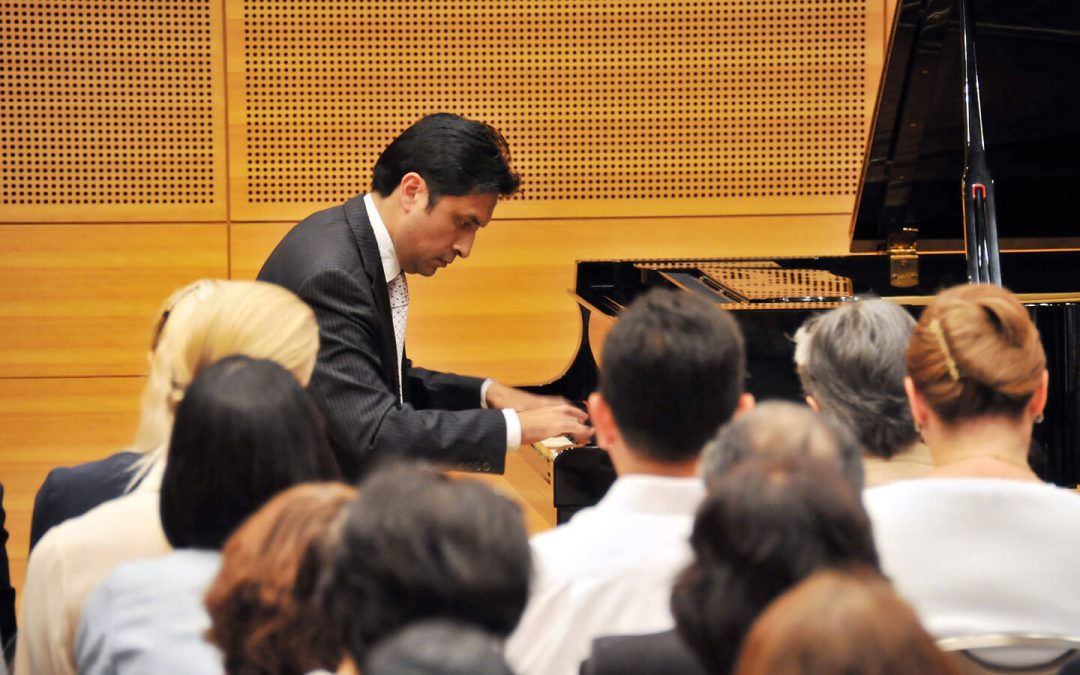 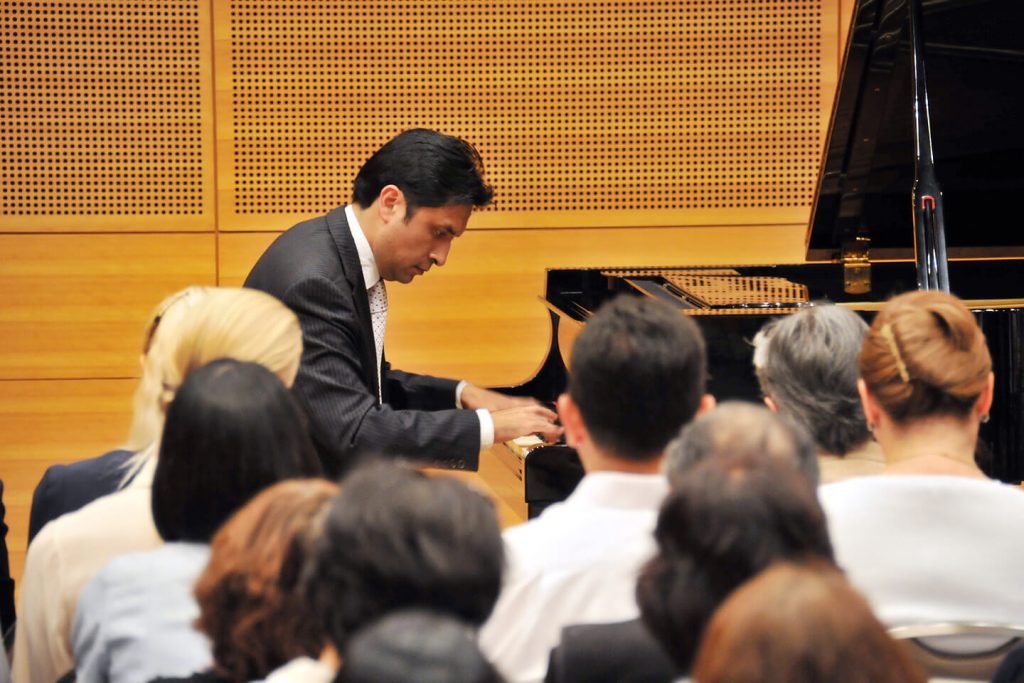 One of the fundamental aims of the Min-On Concert Association is to contribute to the flourishing of music and art by promoting musical outreach programs open to the general public. As a part of these public service projects, the Min-On Music Museum occasionally hosts a series of music-related cultural lectures in conjunction with admission-free mini concerts held at the Min-On Culture Center in Shinanomachi, Tokyo. A variety of cultural commentators, artists and music critics are invited to speak on themes pertaining to the special events and exhibitions held at the Min-On Music Museum.

This summer, in cooperation with the embassy of the Republic of Ecuador in Tokyo, Min-On sponsored a cultural lecture and piano recital by the internationally acclaimed Ecuadorian pianist Boris Cepeda on July 3 at the Museum Hall, with a capacity audience who were chosen through lottery from the RSVP postcards received.

Boris Cepeda took his first piano lessons at age four and appeared on Ecuadorian television at age five. In addition to his worldwide concert activities, Boris Cepeda has been working as a piano pedagogue since 1991 and has given master classes and concert lectures at schools, music academies and conservatories in Europe, Southeast Asia and South America. His lecture and concert at the Min-On Museum Hall began with several famous piano pieces of Franz Schubert and Frederic Chopin, followed by brief explanations on the history of musical development in Ecuador. His performance of various pieces by Ecuadorian composers gave the audience both intellectual satisfaction and artistic pleasure.