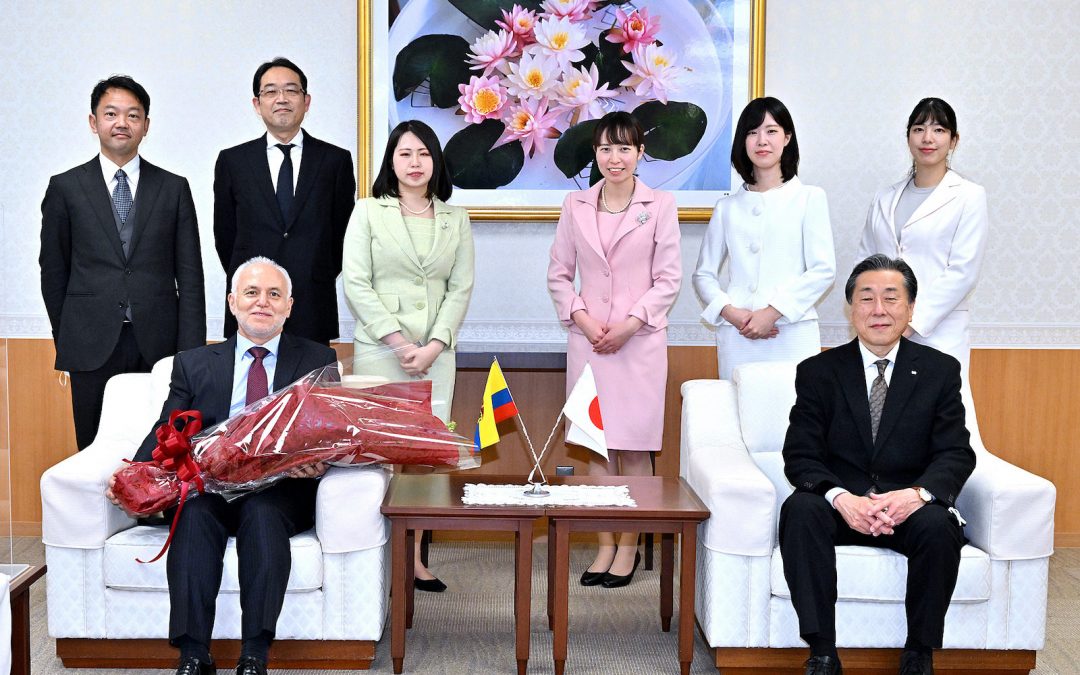 On March 9, His Excellency Jamie Barberis, Ambassador Extraordinary and Plenipotentiary of the Republic of Ecuador to Japan, visited the Min-On Concert Association at the Min-On Office in Shinjuku, Tokyo. He was greeted by Association President Kazuto Ito and Managing Director Hideshiro Akiya.

Ambassador Barberis called on Min-On to bid farewell, having served as Ecuadorian head of mission in Japan for the past five years. He thanked Min-On not only for the opportunity to partner in cultural exchange events between his country and Japan, but also for various performances hosted by the Association to which he was invited. The outgoing ambassador said he looked to even stronger bilateral bonds of friendship being forged going forward.