Diversity Itself Is the Music of Ecuador­ 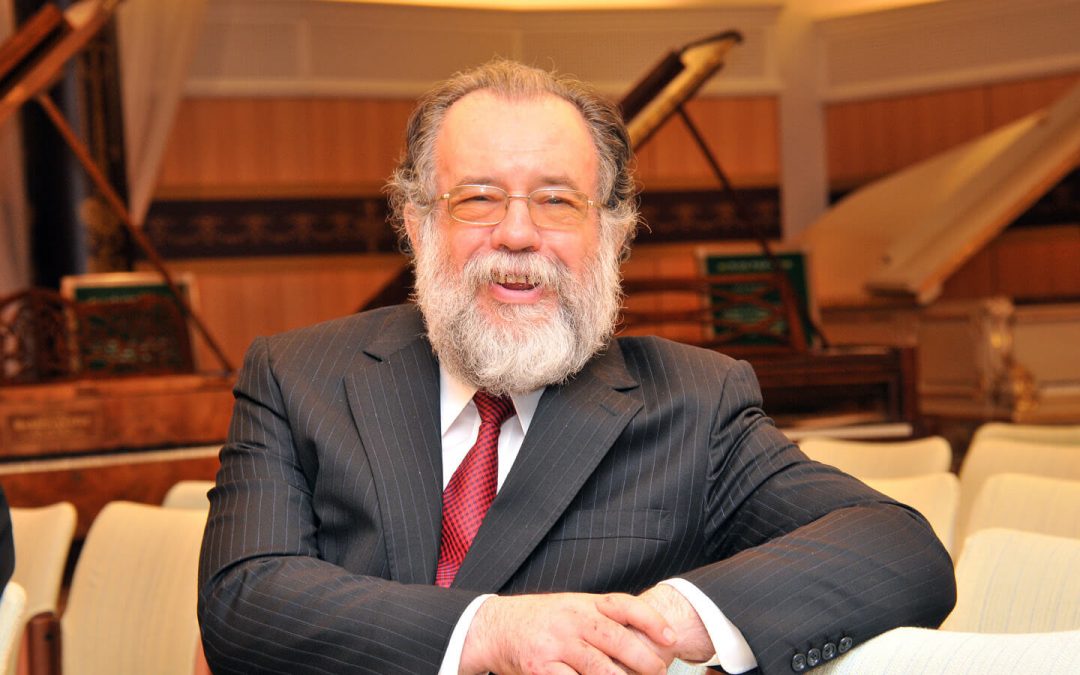 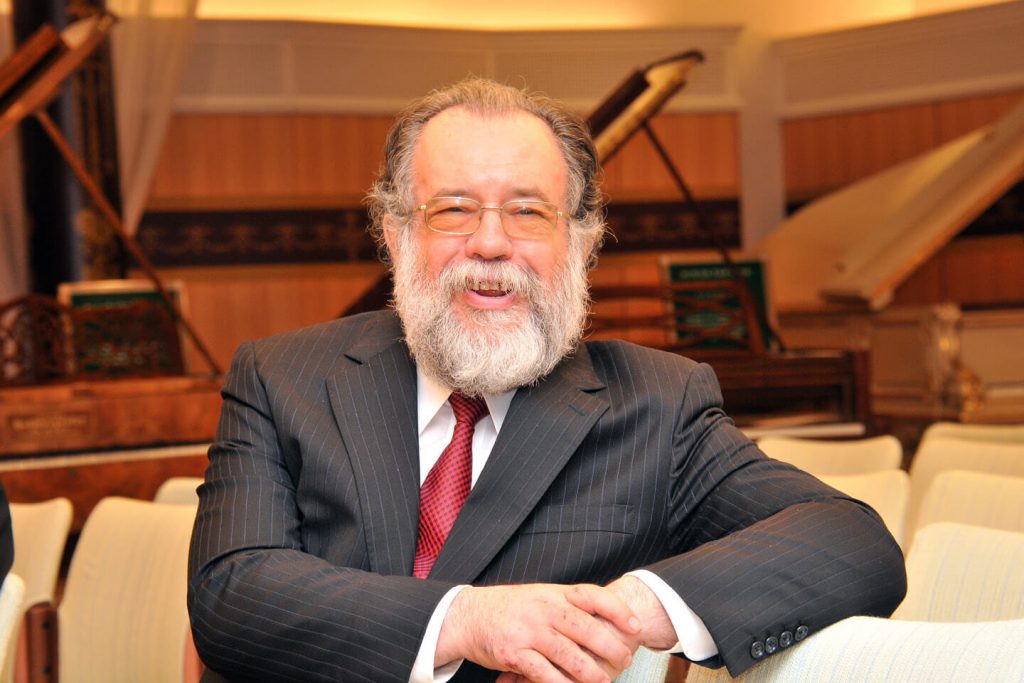 Interview with H.E. Leonardo Carrion Eguiguren, Ambassador of the Republic of Ecuador to Japan

Min-On: This summer, in cooperation with the Embassy of Ecuador, we had the opportunity to invite Mr. Boris Cepeda to our Min-On Culture Center, and he gave a piano recital in the Museum Hall. Thank you so much for your courteous support for that event.

Ambassador Eguiguren: Boris Cepeda is one of the foremost virtuoso pianists of our country. Based in Germany, he has been wonderfully energetic in his international concert activities. He worked as a cultural attaché to the Embassy of the Republic of Ecuador in Berlin for five years from 2002 to 2007, during which time he enriched his experience with classical music as well as his legacy of introducing Ecuadorian music to a wider audience in Germany. He has delivered his masterful performances not only in Europe but also at distinguished concert halls around the world. And of course, he is a renowned and respected musician in his home country of Ecuador, with a great reputation as the initiator and artistic director of the Ecuadorian International Music Festival “Mendelssohnfest.”

Min-On: Mr. Cepeda played various kinds of Ecuadorian music at the concert, and listening to the rhythms and melodies, we felt they have something in common with Japanese music. Please share your thoughts on the music of Ecuador in general.

Ambassador: Ecuador is a country of diversity and it has an abundance of many different cultures. There are a wide variety of cultural influences in Ecuador, from the indigenous people of course, but also from European and African peoples. The country is divided into three geographical zones, including mountainous areas, coastal areas and forested areas. These ethnic and geographical factors have caused different types of cultural development and distinctive styles of musical expression to form in each area. For example, music in the mountainous areas typically has an air of pathos, and in the coastal areas, because of a large population of African descent, you will mainly find cheerful and vibrant music and dance. Generally speaking, styles of music in the forested areas have been developed under Spanish influences. This is why we cannot bundle all of our musical culture together and discuss it as Ecuadorian music—rather, we should say that diversity itself is the music of Ecuador. 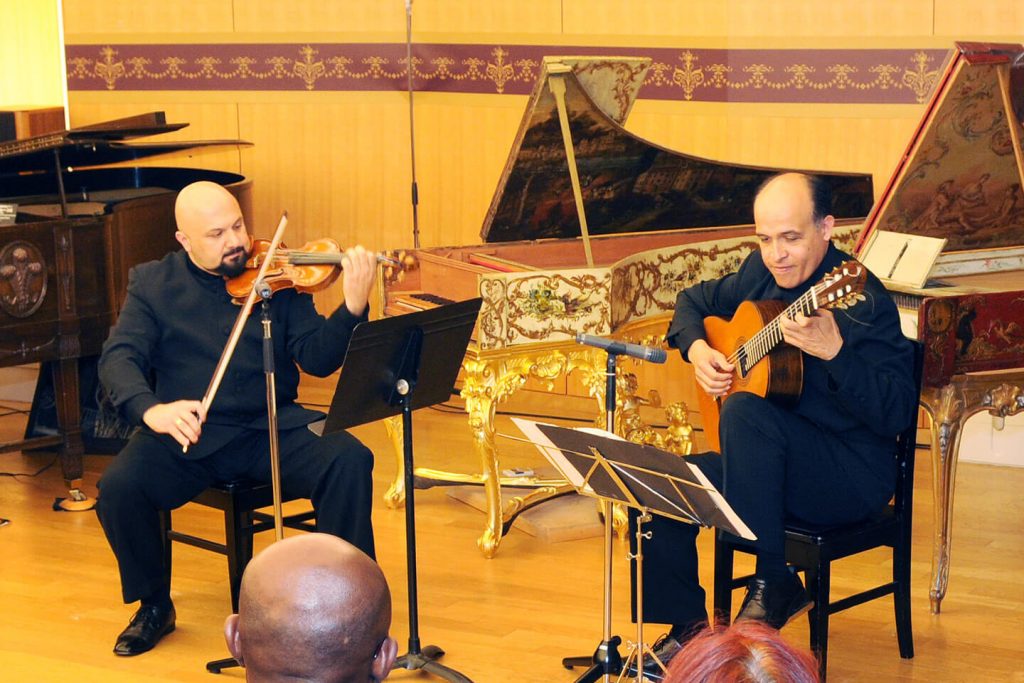 Min-On: One of the aims of the Min-On Concert Association is to introduce musical culture and performing arts from different countries to a wider audience, developing mutual understanding and respect among people of different races and nationalities through our cultural exchange activities. If you have any impressions of Min-On’s activities, please share them with us.

Ambassador: I have attended Min-On’s events a number of times, and I deeply appreciated and enjoyed the performances. I pay great tribute to the dedicated efforts of the Min-On Concert Association for continuing to host artists and musicians from all over the world. Japan has a long history as an independent country, but as an island country, it is relatively isolated from the rest of the world. Perhaps it has not been easy to keep up with trends from and information about other countries. Therefore, I think it is both valuable and wonderful that Min-On has introduced musical culture and performing arts from many different countries to Japanese audiences and has worked continuously to build cultural bridges worldwide. For example, many Japanese people may know about the World Heritage Site in Ecuador, the famous Galapagos Islands, and may know about a well-known brand of Ecuadorian bananas, but a chance to access and enjoy the music and arts of Ecuador in Japan is rare. It is our greatest pleasure that the Japanese people have learned about Ecuador through the performance of musicians and artists invited by the Min-On Concert Association, and I sincerely appreciate such wonderful endeavors. 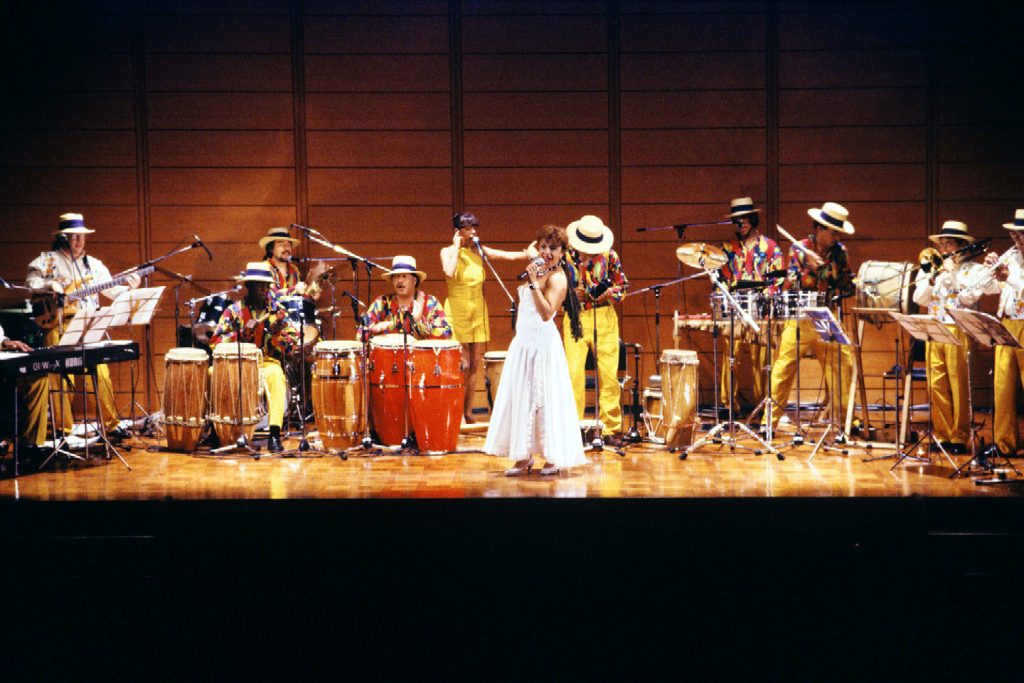 Min-On: Since its launch last year, the Min-On Music Research Institute has conducted academic research on the power of music from many different angles. We would like to hear your thoughts or comments on the subject.

Ambassador: I think music is a kind of language. Language is a means to smoothly communicate among people and deepen mutual understanding. However, there are many different languages in the world, and it is very difficult and complicated to master them. But music is different: it’s simply rhythm and melody and its understanding is universal. When I have attended Min-On concerts, I have been inspired to see Japanese audiences joyfully dancing to the music played by the band onstage, and I have felt the power of music. I believe that through music people can understand more about each other. I am convinced that developing mutual understanding among different people is the most direct path to world peace. We are looking forward to the centennial celebration of diplomatic relations between Ecuador and Japan scheduled for 2018. Many musicians and artists from Ecuador will visit Japan and hold a variety of cultural events, including academic exchanges and inter-country sports events. Our embassy will make every effort to prepare for the centennial celebration—to successfully bring further exchanges between the two countries to fruition and strengthen the bonds of friendship through the next 100 years.