Koto Sounds the Celebration of a New Year 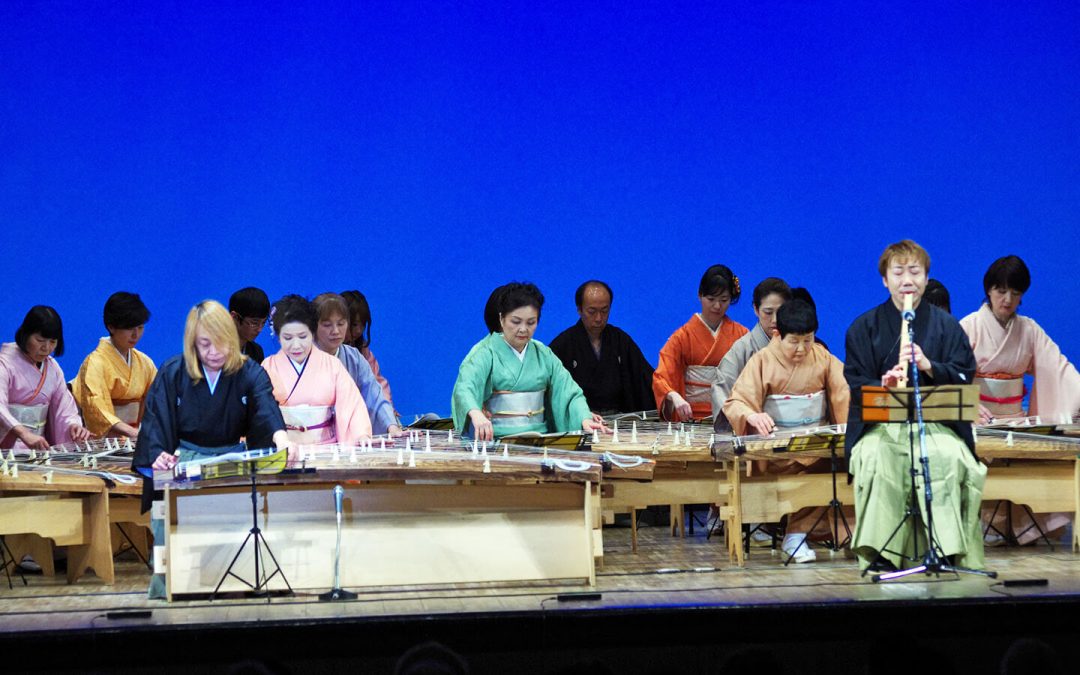 The koto is considered a national musical instrument of Japan. It has 13 strings that are strung over 13 movable bridges along the width of the wooden body, which is some six feet long. Its origins can be traced back to the Chinese zheng, which was first introduced to Japan in the early Nara Period (710–784). Although there was not much evolution of the instrument itself for many centuries, at the beginning of the Meiji Period (1868–1912) when western music was introduced to Japan, a blind koto player and composer named Michio Miyagi contributed significantly to the instrument’s evolution by combining western music and traditional koto music in his compositions. Since Miyagi’s time, many composers, such as Tadao Sawai, have written and performed works that continue to advance the instrument. And Sawai’s widow Kazue Sawai, who as a child was Miyagi’s favored disciple, together with her son Hikaru Sawai, have been the main driving force behind the internationalization and modernization of the koto.

Of all the koto music Miyagi composed, Haru no Umi (Spring Sea) is probably the most popular and well-known, and it is typically played to welcome each New Year in Japan. On January 13, Min-On sponsored a koto recital by the Sawai Koto Institute at the Yomiuri Hall in Tokyo. The capacity audience enjoyed and celebrated the New Year with the serene sounds of the koto ensemble, like a calm spring sea.