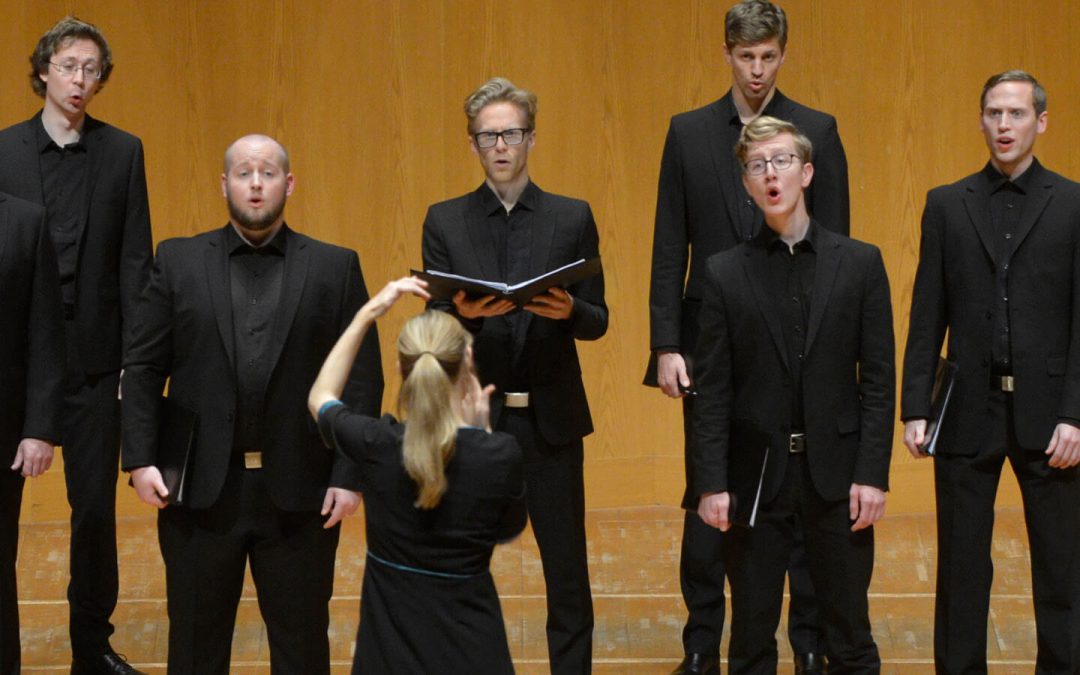 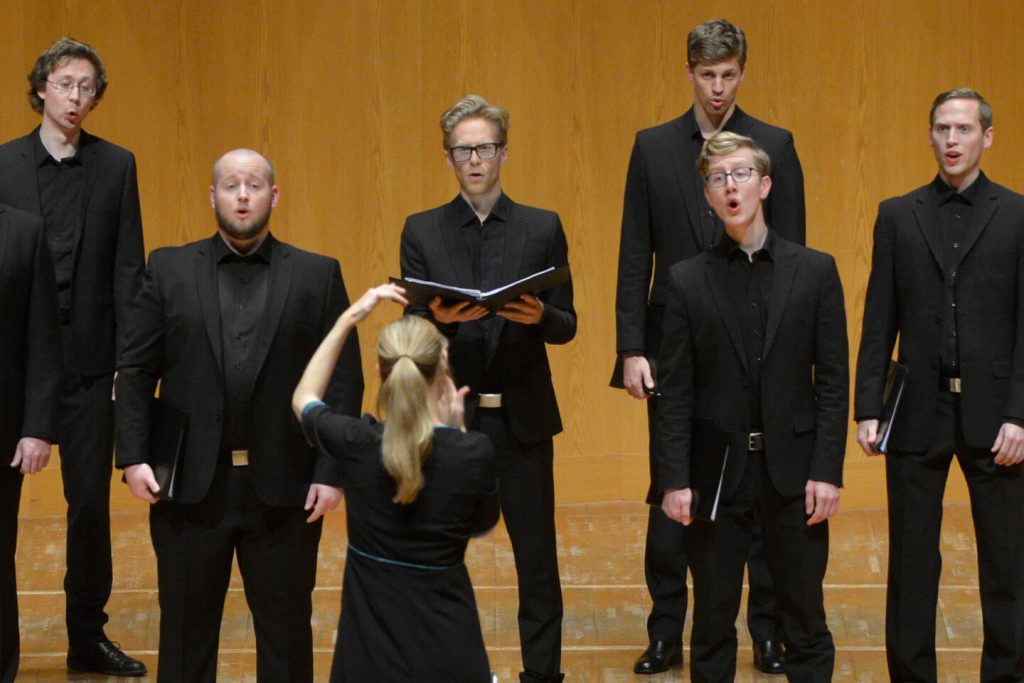 People who hear a conversation in Swedish for the first time often comment that the language is very melodic with an almost sing-song quality. Indeed, Sweden is a country of singers—some statistics indicate that among a population of 9 million people, some 600,000 belong to choral groups of one sort or another.

The Svanholm Singers is an extraordinary, award-winning male a cappella group named after Set Svanholm, the world famous opera tenor and father of Eva Svanholm Bolin, the founder and the first conductor of the choir. Since its formation in 1998, the group has won numerous awards at domestic and international choir competitions and has gained a wonderful reputation as one of the brightest stars in this nation of choirs.

With the support of the embassy of the Kingdom of Sweden, Min-On invited the 21 talented male singers and its female conductor Sofia Söderberg Eberhard to Japan in December 2013 for their fifth tour of the country. With a repertoire spanning a wide variety of folk songs from the Scandinavian and the Baltic States as well as from the Americas and Japan, the choir showcased performances that demonstrated not only virtuosity of technique but also great sensitivity, enchanting and inspiring audiences at each venue in the 12 cities across Japan in the depths of winter. 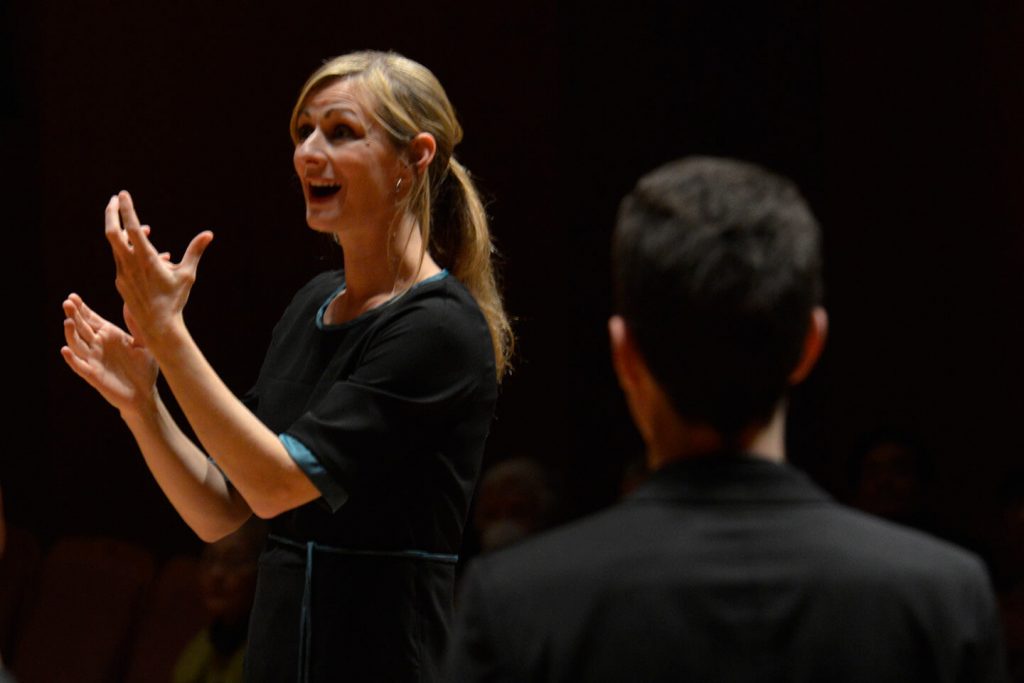 A cappella is originally music performed ‘in the style of the chapel’, but there are now a variety of contemporary a cappella styles. What is the appeal of a cappella?

Sofia: What fascinates me about a cappella is that it’s music made by nothing more than the human voice. If you want to play some musical instrument in an orchestra, you have to start learning the instrument when you’re still a child, which means your parents need to buy an instrument, pay for lessons, and generally provide a lot of support. But the voice—itself a beautiful musical instrument— is something we are all born with. Singing is probably the first music that humankind made and experienced; the voice was the first musical instrument—and one that is given equally to all human beings, regardless of their other differences. Vocal music is therefore particularly good at connecting people and touching people more naturally than other musical instruments are able to. When I’m playing a musical instrument—in my case, the cello—I think there’s always a certain distance between the player and the audience created by the instrument itself. But when you sing with your voice alone, there’s a spontaneous and direct connection with the audience. Everybody has the possibility to make music with his or her own voice, and everyone can experience the shared feeling of communicating with each other through music. This simple fact is what attracts me to a cappella.

What’s more, even if you don’t share the same language, you can still communicate with your voice through music. For example, if I speak in Swedish here in Japan, probably no one would understand anything I was trying to communicate. But if I sing a song in Swedish, all of a sudden it means something to Japanese people—even though they don’t understand the words. I have often experienced this unique power of music through a cappella. And this is one reason why I wanted to study and make my career in music.

I am convinced that the power of music is even greater than most people realize. Music is something that virtually everyone in the world has experienced; it is such a fundamental part of our lives. Nowadays, with computers and the Internet, with television and radio, music is everywhere. But as an artist, I believe we still have to make that extra effort to perform face- to-face with the audience. That immediacy is something very special, and that is why I feel very lucky to be part of these a cappella performances.