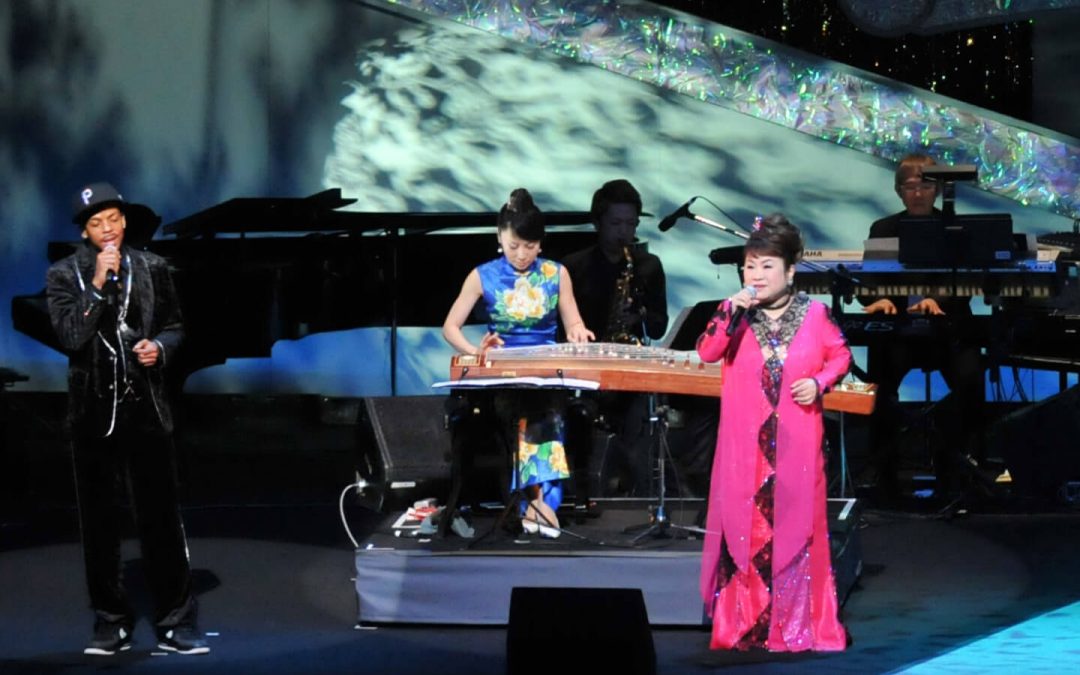 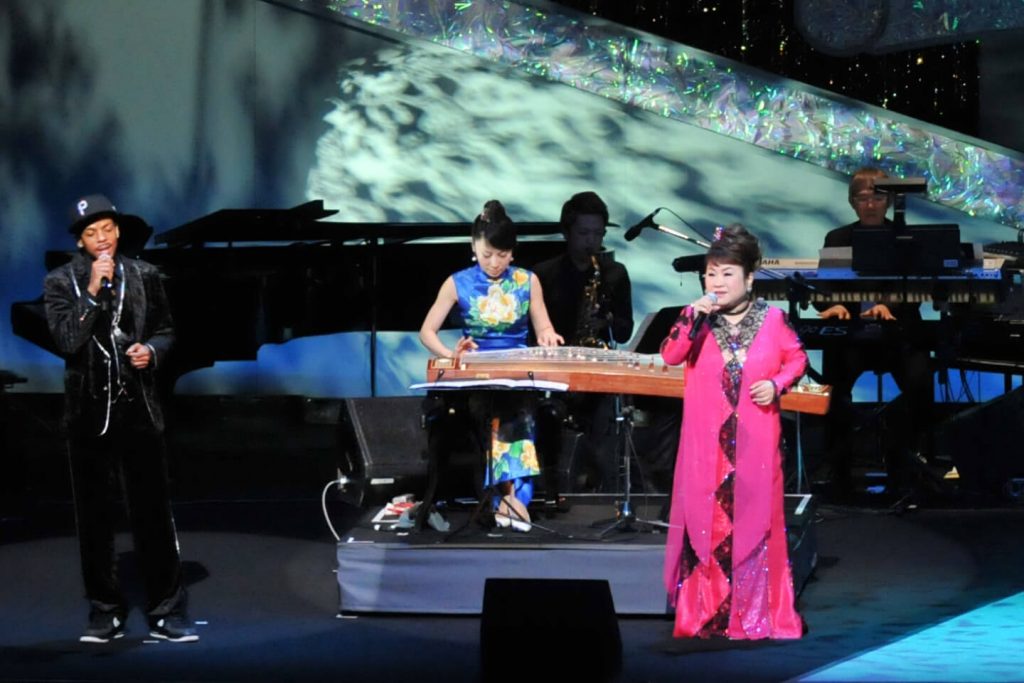 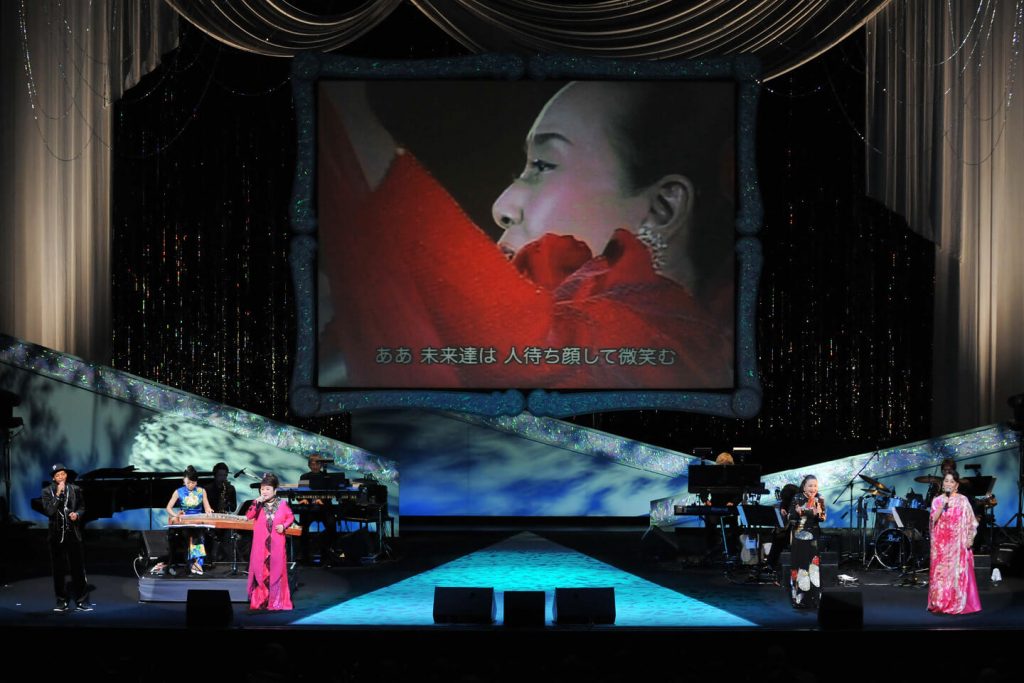 The late Hibari Misora’s performance projected on to a screen

Hibari Misora, which means “lark in a beautiful sky,” is the name of Japan’s most famous multifaceted singer, actress and cultural icon of the post WWII era in Japan, offering people hope and encouragement through her musical performances. In 1945, she debuted at a concert hall in Yokohama at the age of eight, and soon after started appearing on TV and touring notable concert halls to sell- out crowds. Her popularity has endured, even after her death in 1989, and fan clubs are still actively supporting various events in memory of her singing.

The Min-On Concert Association, in commemoration of its 50th anniversary, collaborated with Hibari Production, Inc. to organize a nationwide concert series entitled A Memorial Tribute to the Legendary Singer Hibari Misora: Hibari Sings for You and for Me Forevermore, which successfully toured Japan from January through November. This unique concert, produced and directed by Kazuya Kato, Hibari’s son-in-law, featured the late singer’s performances projected onto a large screen taking up the major part of the stage and synchronized with live performances of top Japanese singers such as Hiroshi Itsuki, Yoshimi Tendo, Saori Yuki, and many others—including the popular AKB-48 group. They themselves are enthusiastic fans of Hibari, and each one shared with the audience her own memories of Hibari and sang a favorite song in tribute to this most versatile diva of the Showa era.