Colombian Teens Bring the Unique Spirit of Chirimía to Japan 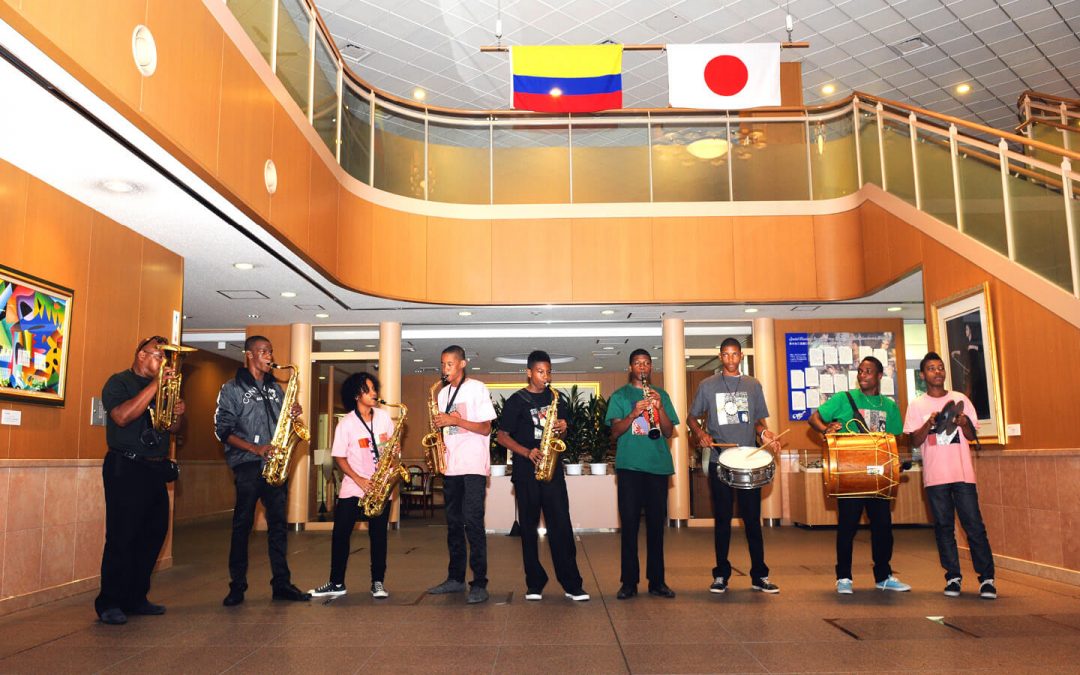 Members of the Chirimía band perform at Min-On Culture Center

On May 28 in Tokyo, teenage members of the music group Chirimía, accompanied by Embassy officials of the Republic of Colombia, paid a courtesy visit to the Min-On Culture Center.

Chirimía groups come primarily from the Chocó department in Colombia’s Northern Pacific region, where 99% of the population is Afro-Colombian. Traditional Chirimía tunes are played on European brass instruments and clarinets accompanied by regional drums and cymbals. Although the province struggles with economic hardship and social difficulties, many children join Chirimía bands at school and learn the distinctive repertory of music.

For this Japan tour, under the Colombian government’s “Give a Chance to Children” initiative, 10 boys and girls, with an average age of 15, were selected to represent Chirimías in the Chocó and brought to Japan for the purposes of cultural exchange with Japanese children in the areas affected by the 2011 Great East Japan Earthquake. Several friendship concerts were successfully held in the Tohoku Region, attended by Ambassador Patricia Cardenas and other Embassy officials, together with the local children.

At the Min-On Music Museum, members of the band enjoyed looking at the ethnic instruments on display, and listened to music played on some of the antique fortepianos in the collection. They then put on an impromptu performance of their own, which was warmly received by staff and visitors present in the Museum’s Melody Hall.