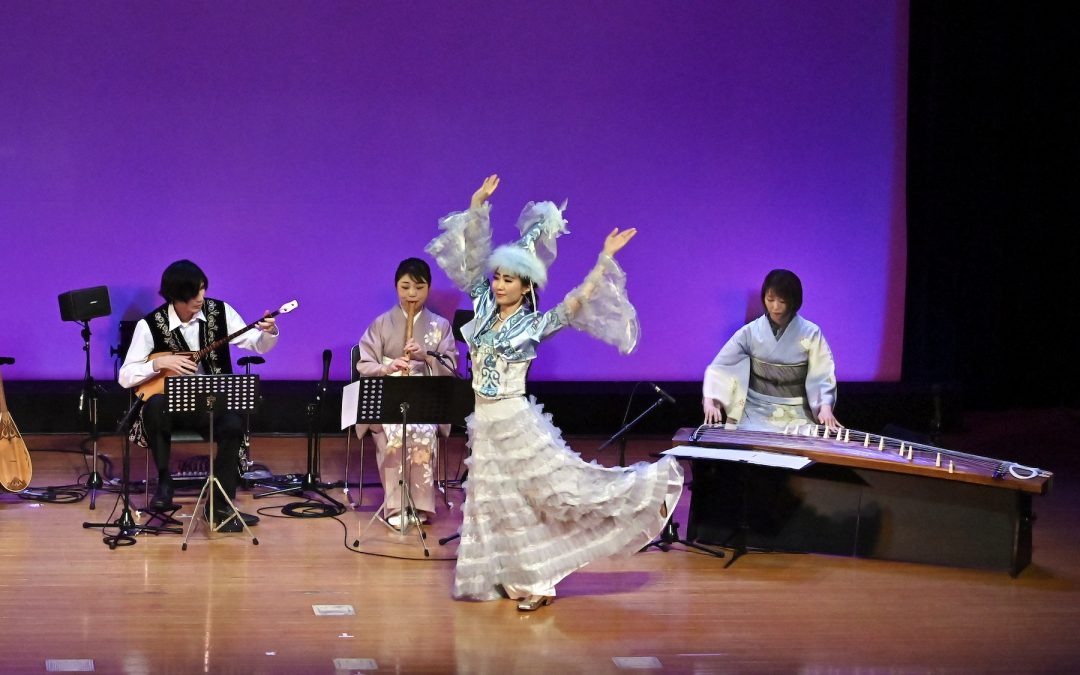 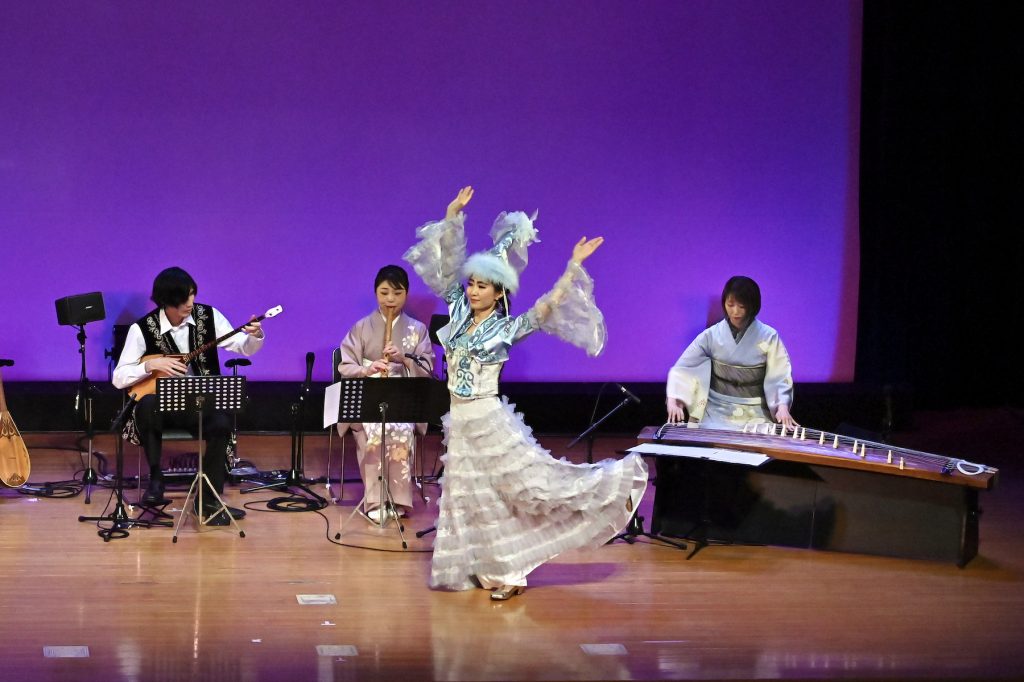 On June 19, the Min-On Concert Association held “Celebrating the Silk Road: The Bridge of Culture and Friendship, Vol. 3—Kazakhstan,” the third and last of Min-On’s performances honoring the 30th anniversary of Japan’s establishment of diplomatic relations with countries in Central Asia, with the first two celebrating Kyrgyzstan and Uzbekistan. All three events were held at the Akasaka Civic Center in Tokyo. 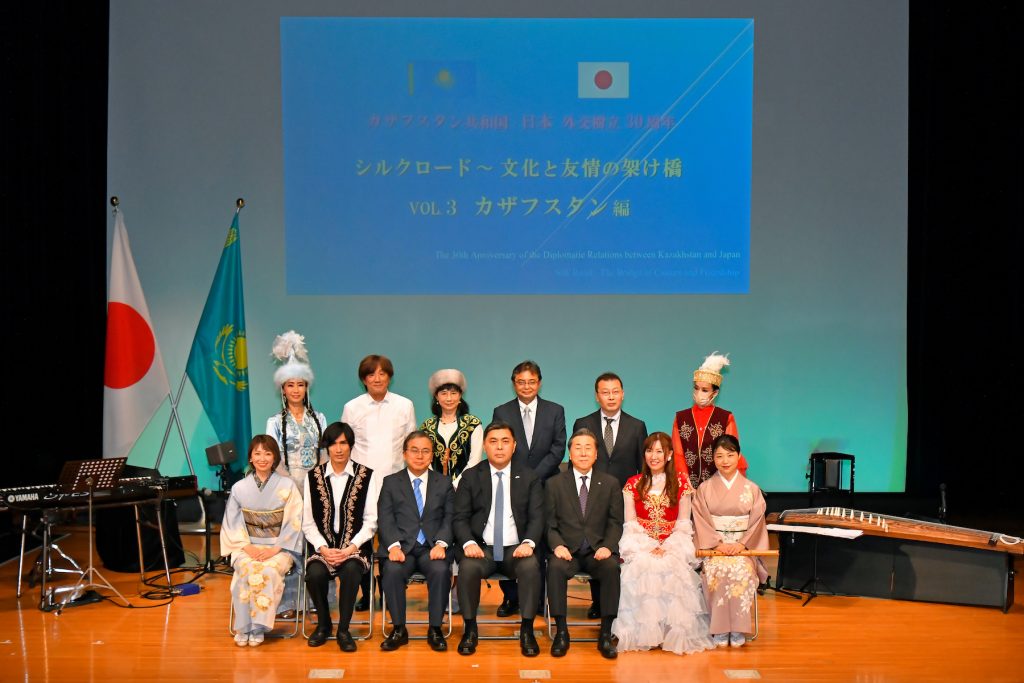 The latest program was co-organized by the Embassy of the Republic of Kazakhstan in Japan and the Japanese Agency for Cultural Affairs (JACA). The first of two performances for some 150 children and their parents or guardians was held at noon. Kazak Embassy Counsellor Maxat Saliyev attended the event and presented a slide show of his homeland’s myriad attractions and its bonds with Japan. 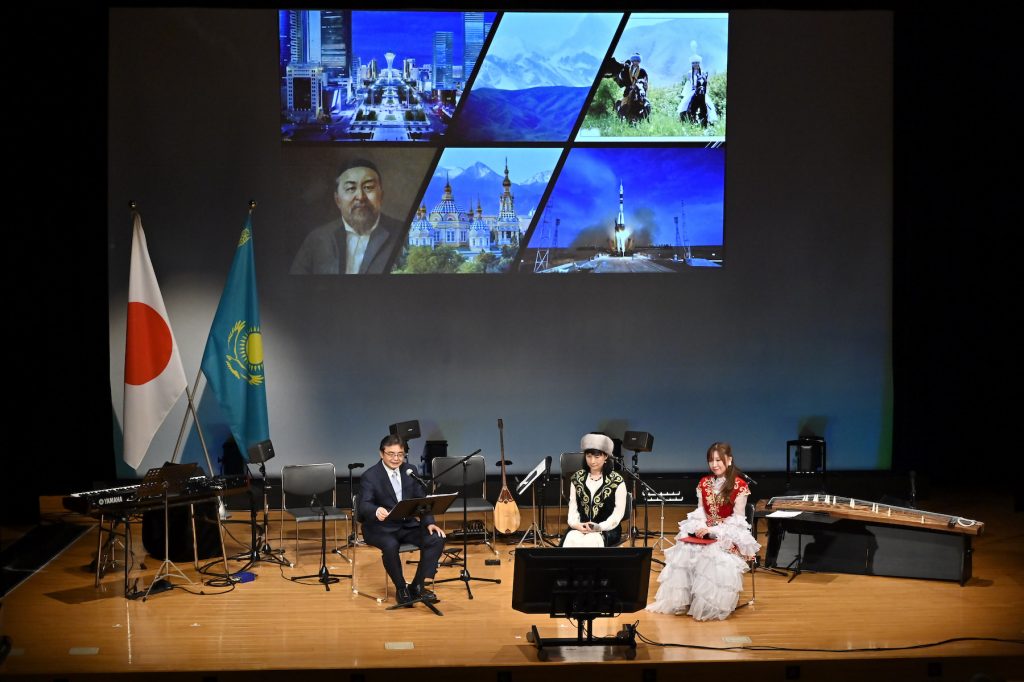 The noon concert featured folk songs of Kazakhstan and Japan showcasing the Kazak dombra, a long-necked lute, played together with the Japanese koto and shakuhachi flute. Later, four children were invited onstage to try their hand at a Kazak dance. For the finale, “Gurenge,” the opening theme song to the hit Japanese animation series “Demon Slayer,” was performed. 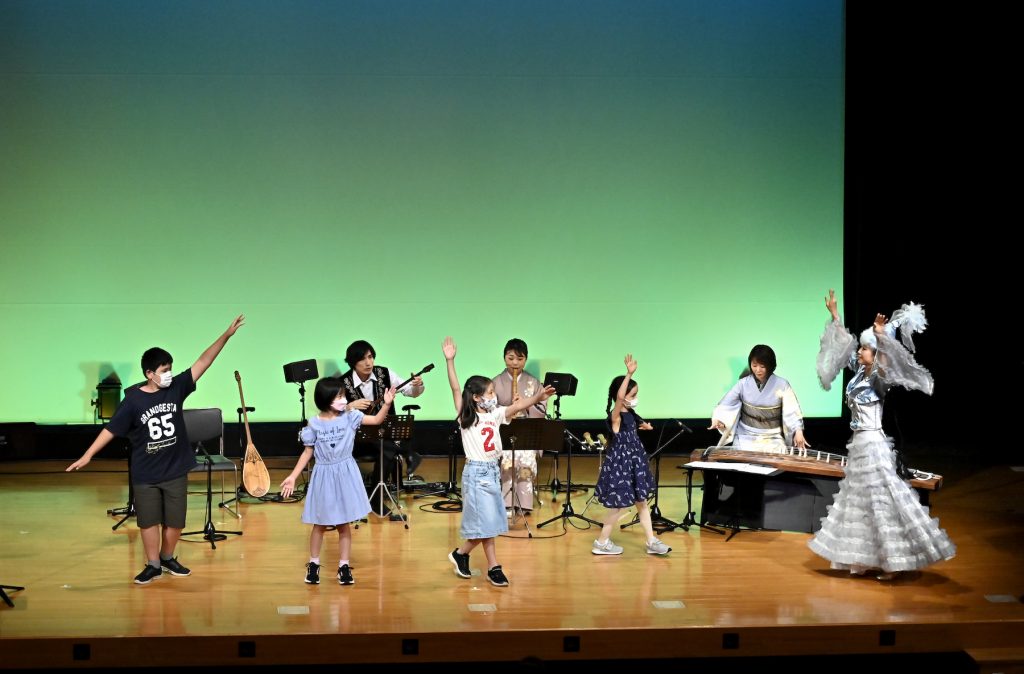 The evening performance drew an audience of some 300 people, including His Excellency Sabr S. Yessimbekov, Ambassador Extraordinary and Plenipotentiary of the Republic of Kazakhstan to Japan, and Deputy Commissioner for Cultural Affairs Hisahiro Sugiura. As part of Min-On’s effort to introduce foreign culture and arts to Japanese audiences, the event opened with Toshinobu Usuyama, Humanities and Social Sciences professor at the University of Tsukuba, who gave a slide show on the rich food culture and beautiful landscapes of Kazakhstan introducing many attractions of the country and its history of friendship with Japan. Prof. Usuyama was then joined by Noriko Toda, dombra player and parttime lecturer at the Tokyo University of the Arts and J.F. Oberlin University, along with singer-songwriter Ranka, in a discussion on Kazak music and culture. 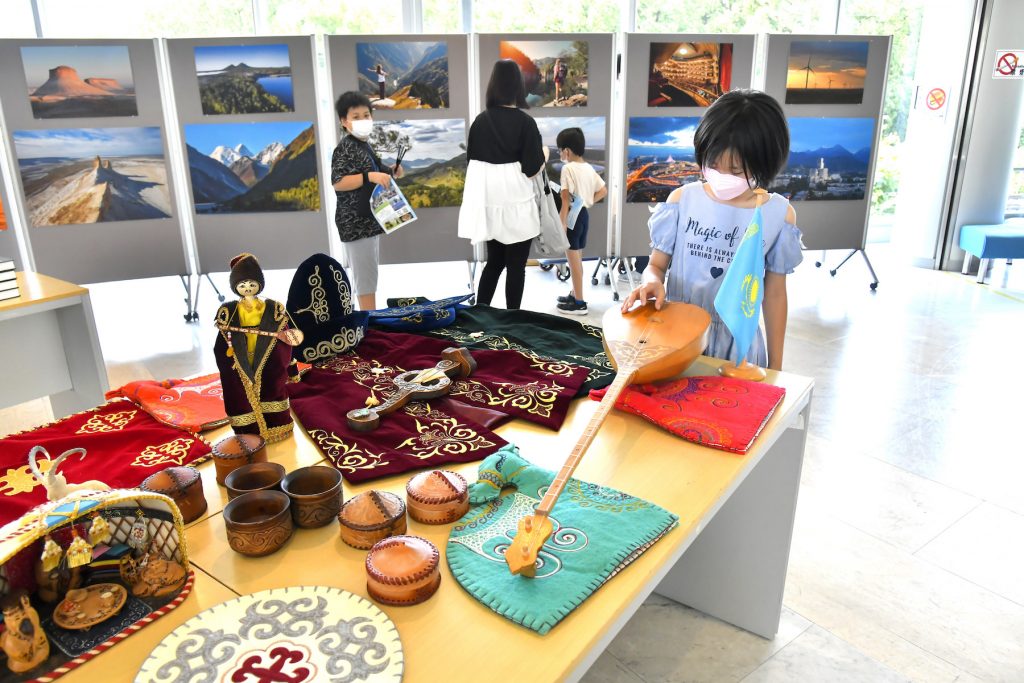 Next, dombra player Akira Takeguchi opened the musical side of the event with several songs as well as partnering in a duet with Ms. Toda. Mr. Takeguchi then partnered with Erina Ito on the koto and Shiori Tanabe on the shakuhachi, performing a number of Kazak and Japanese songs, including “Jildizm” (“My Star”) and “Kojo no Tsuki” (“Moon over the Ruined Castle”). The Central Asia & Silk Road Dance Group GULISTON also performed folk dances as part of the show, among them being “Erke Kyz” (“The Spoiled Girl”) with Mr. Takeguchi on dombra, Ms. Tanabe on shakuhachi and Ms. Ito on the koto. Pianist and keyboard player Keita Miyahara and Ranka joined in on the finale with a heartful rendition of “Dreams of Kazak.”