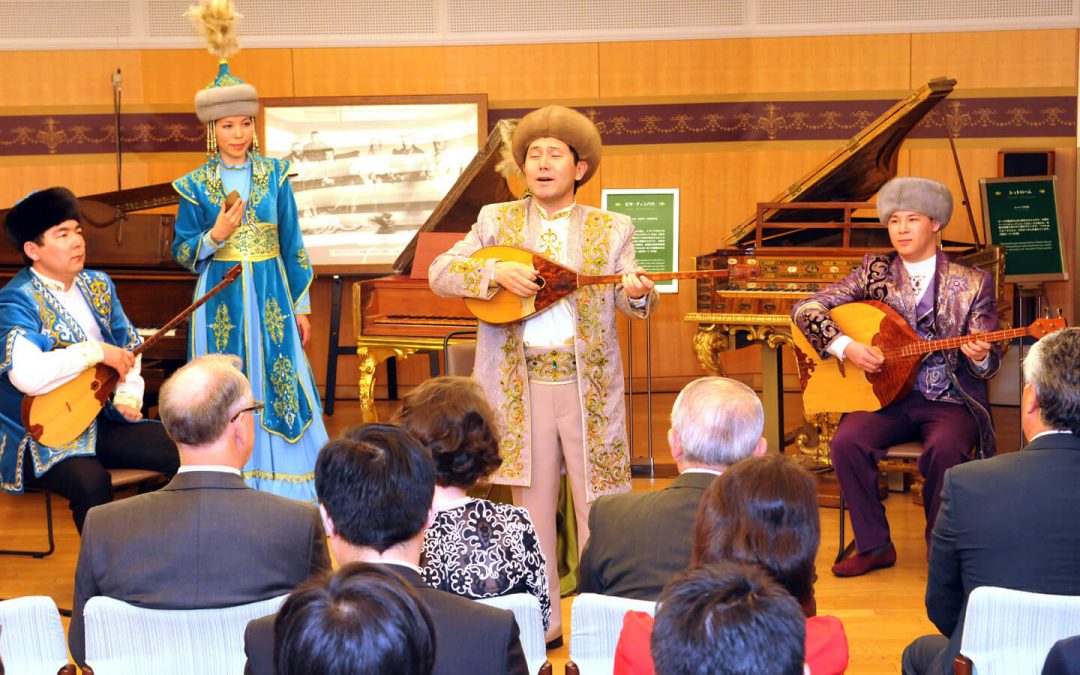 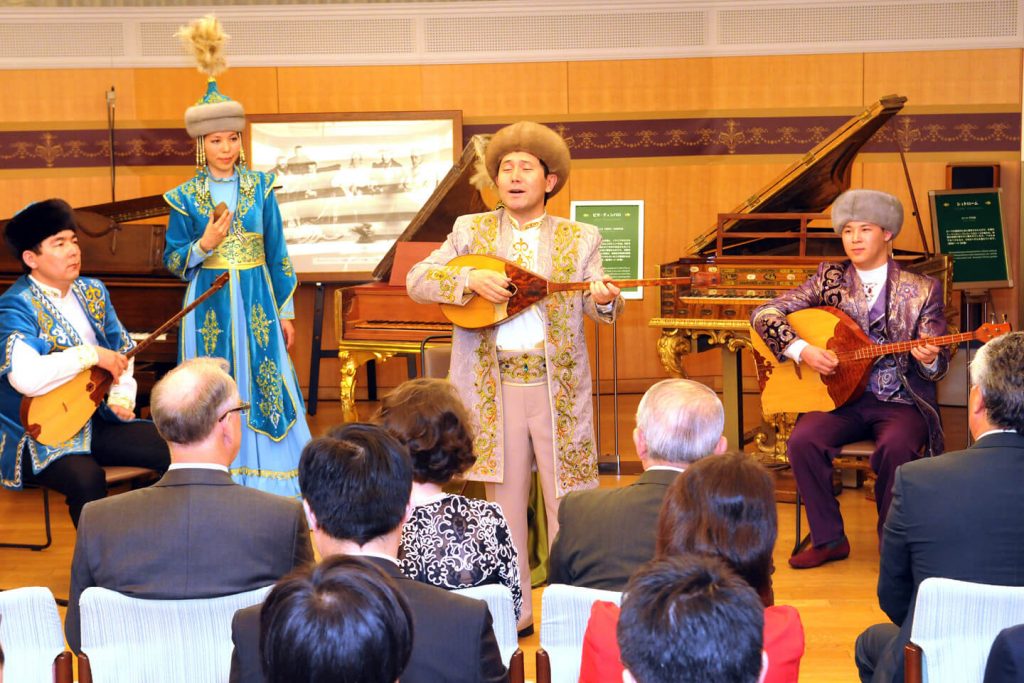 On the afternoon of April 25, President Mukhamediuly Arystanbek and a delegation from the T. Zhurgenov Kazakh National Academy of Arts consisting of 15 music students and five faculty members, visited the Min-On Culture Center for the first time as part of an educational exchange program to Japan. They were warmly welcomed in the museum hall by Min-On President Hiroyasu Kobayashi and the staff members of the Association before being given a tour of the Music Museum, viewing the exhibits of antique pianos and various instruments collected from around the world.

During a formal meeting in the reception room, President Arystanbek remarked that he deeply appreciated Min-On’s long-running initiative of promoting the global exchange of music culture, and shared his memory of a wonderful experience attending the cultural exchange concert A Musical Voyage Along the Silk Road in Japan as a Kazakh musician invited by Min-On in 1991, before his country’s independence from the former Soviet Union.

On the evening of the same day, at the request of the Embassy of Kazakhstan, a Kazakhstan-Japan Goodwill Concert was held in the museum’s classical piano room. The students performed Kazakh folk music and dance with traditional instruments such as the dombra, kilkobyz and sazsirnay to introduce the musical culture of Kazakhstan. The small concert in the exhibit room drew warm applause from the 80 or so people gathered, an audience that included ambassadors and diplomats of several countries and other distinguished guests.