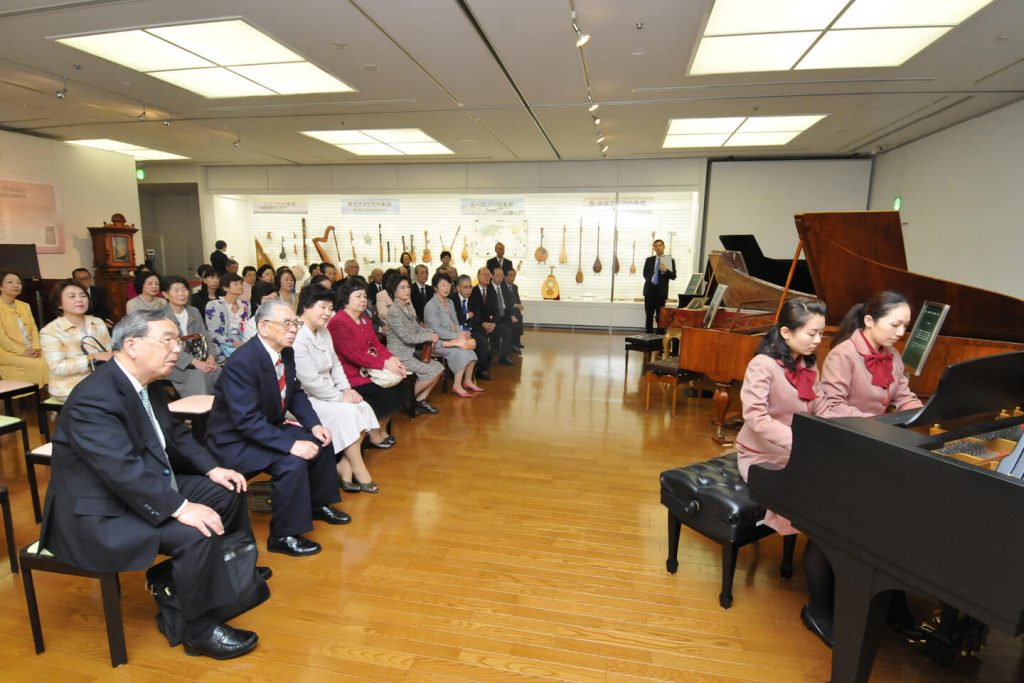 Aiming to extend and improve its activities, the Min-On Concert Association newly dedicated a western Japan branch of the Min-On Music Museum in the international city of Kobe in Hyogo prefecture. The grand opening ceremony was held on April 28 with a large attendance of distinguished guests from local communities and municipal governments of Kobe city and Hyogo prefecture.

The Kansai International Culture Center, which houses the new Music Museum, is a symbolic monument of hope and peace to aid in overcoming the hardships brought about by the Great Hanshin Awaji Earthquake, and has been a very active center for promoting international friendship and goodwill. The new museum, located on the third floor of the center, has a collection of 223 items, including rare antique pianos, finely crafted music boxes, fascinating ethnic and folk instruments, as well as panels introducing the history of the Min-On Concert Association and its programs of cultural exchange concerts and events held in partnership with countries around the world. After viewing the exhibits, the attended guests unanimously expressed their appreciation for the opening of the new museum and great expectations for its future activities to further promote musical culture and performing arts in the Kansai area.

The new music museum is open to the public free of charge, and during the first week of its opening attracted more than 4,500 visitors from 14 different prefectures in western Japan.