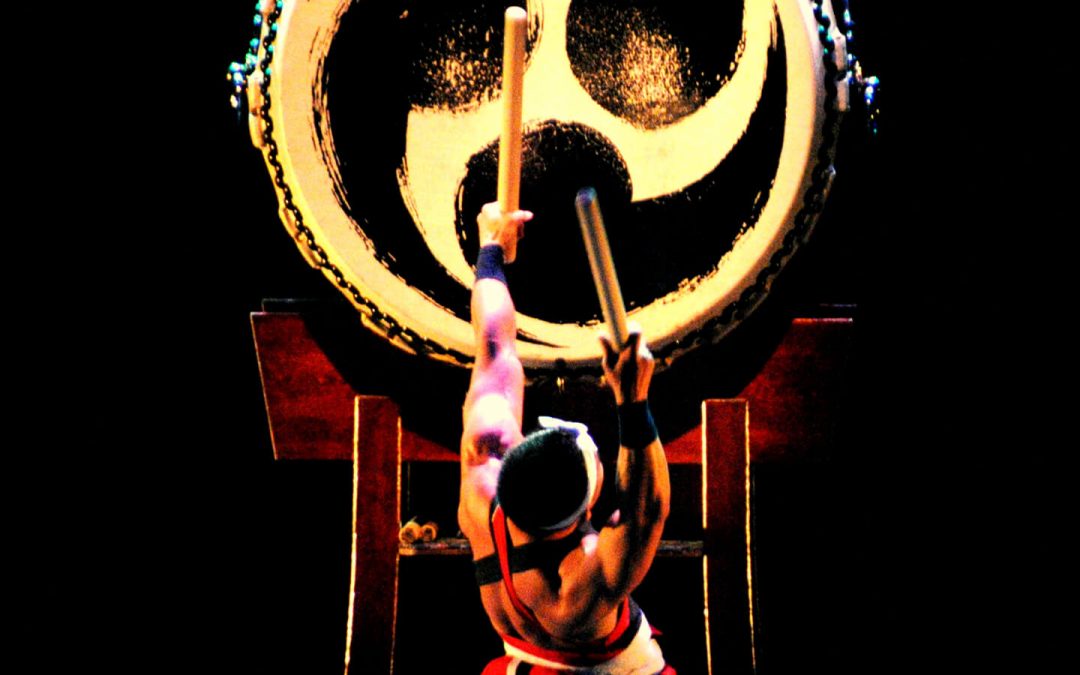 Maidaiko Asuka Gumi, one of the most acclaimed professional Japanese traditional taiko drum troupes, triumphed in its 20th anniversary concert at Nakano Sun Plaza Hall in Tokyo on December 9, 2011, following a yearlong nationwide commemorative tour. Since its formation in 1990 by Daigoro Asuka, a master of traditional Japanese dance and taiko performance, the Dancing Drum Troupe has performed hundreds of times annually for the past 20 years, both in Japan and overseas, including tours of France, Russia and Taiwan under the auspices of the Min-On Concert Association.

The troupe uniquely fuses powerful taiko drumming with the grace of Japanese traditional dance as well as traditional and modern instruments such as the koto, shakuhachi, shinobue and synthesizer, successfully creating set pieces that offer a fresh interpretation of Japanese arts.

Besides solos on giant drums, powerful drum ensembles and rhythmical drum-kit solos, the concert also included performances incorporating theatrical elements from Japanese classical performing arts, such as Kabuki, Noh and Kyogen. Together, these elements very effectively expressed the Japanese soul and the formal beauty of the tradition.

The dynamic performances of Maidaiko Asuka Gumi were a testament to the 20-year career of these master drummers, and displayed their determination to push forward in new directions for the next 20 years. The concert ended with enthusiastic cheers and applause from the capacity audience.