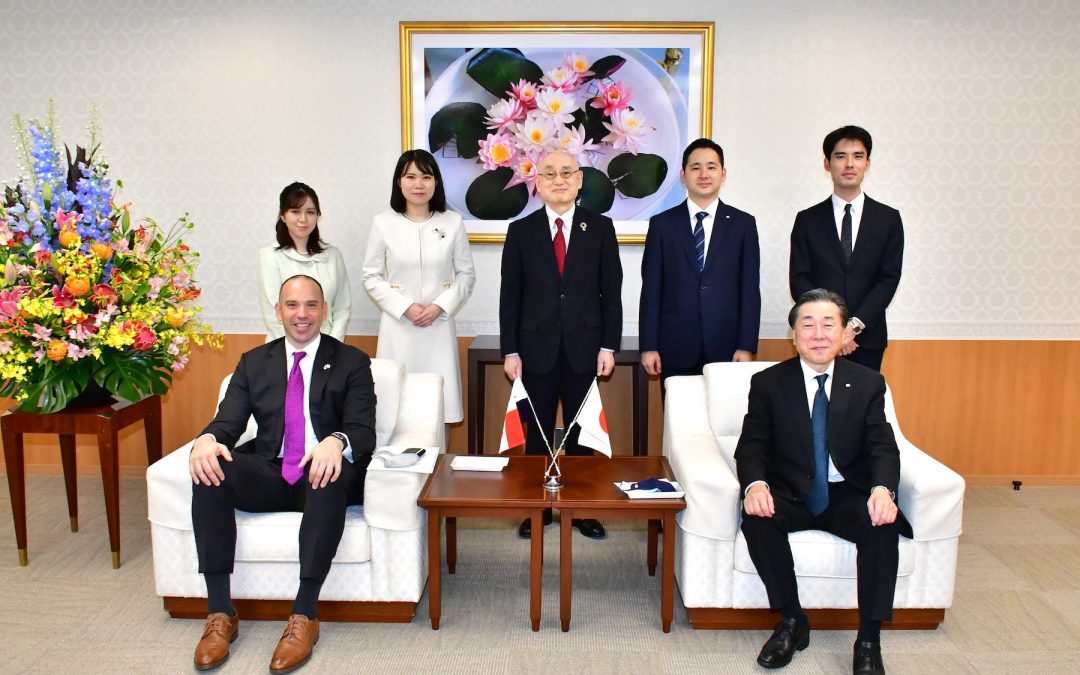 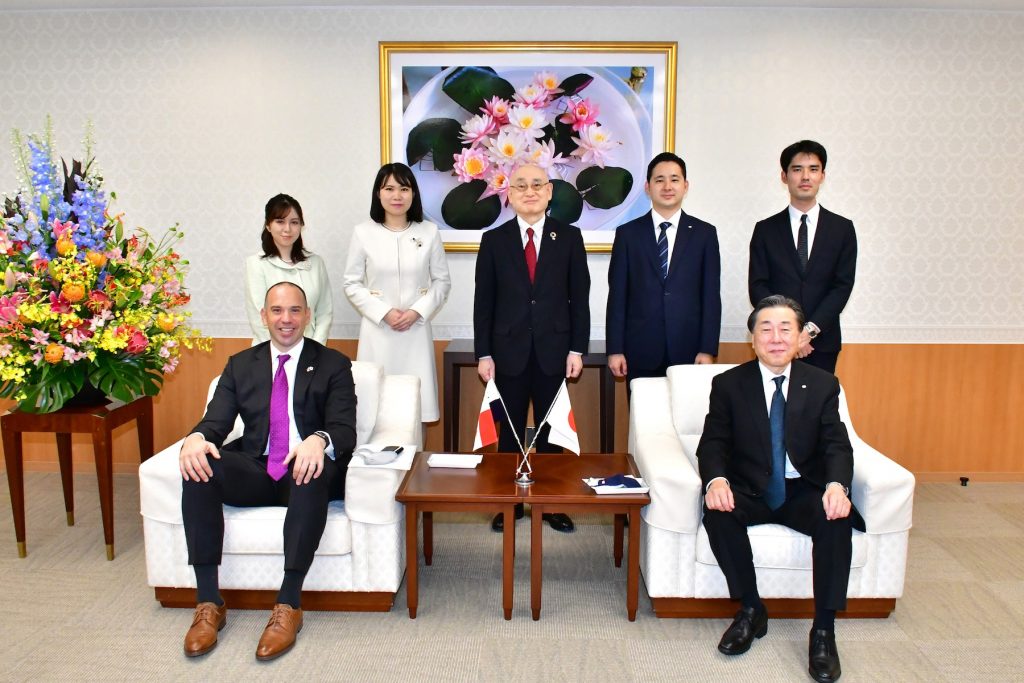 On October 14, His Excellency Carlos Pere, Ambassador Extraordinary and Plenipotentiary of the Republic of Panama to Japan, paid a courtesy call on the Min-On Culture Center in Tokyo. Min-On Concert Association President Kazuto Ito welcomed the Panamanian ambassador, with the two engaging in a friendly discussion. 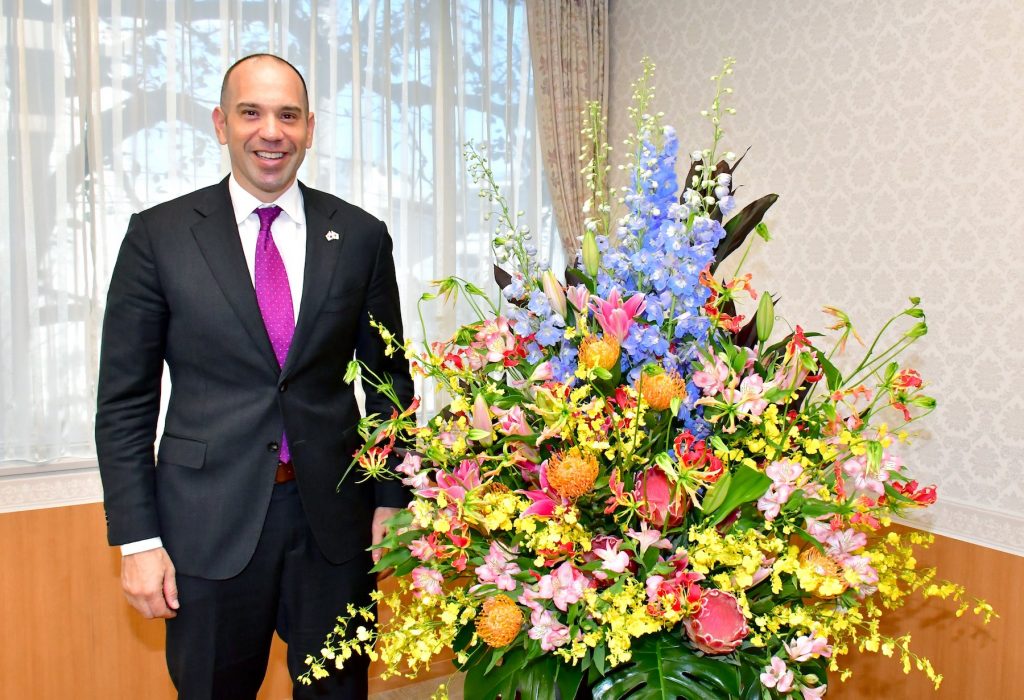 Ambassador Pere spoke of his high regard for Daisaku Ikeda, who founded the music association in 1963, noting that he was also a firm believer in the efficacy of cultural exchange as a key instrument in building goodwill and friendship between countries and peoples. He added that he looked forward to strengthening ties with Min-On in the effort to forge a closer bilateral relationship through music and the performing arts. 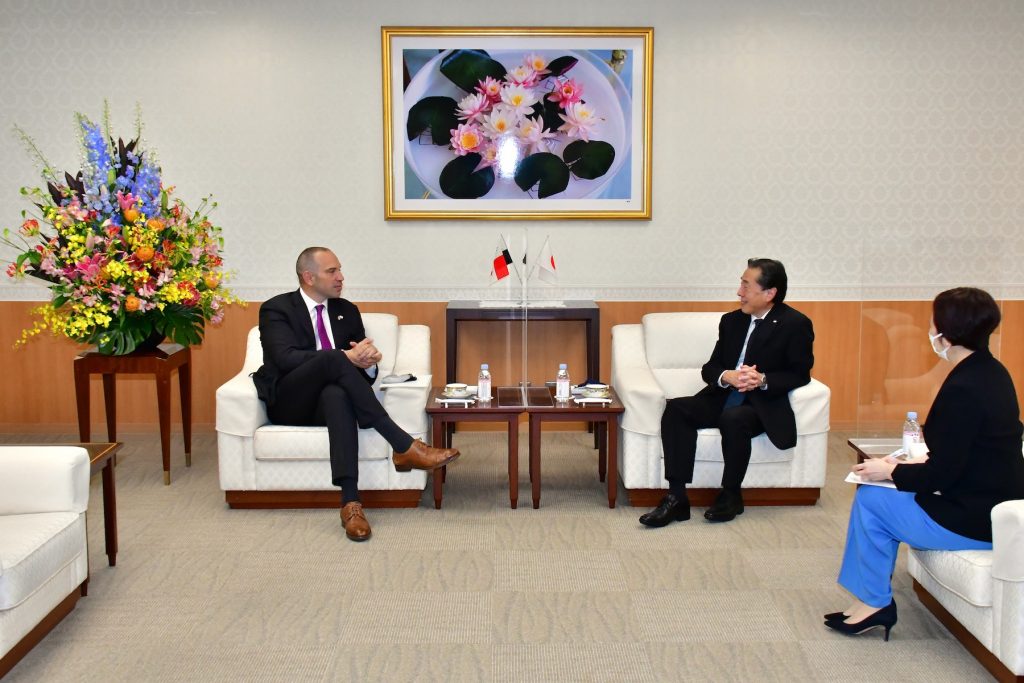