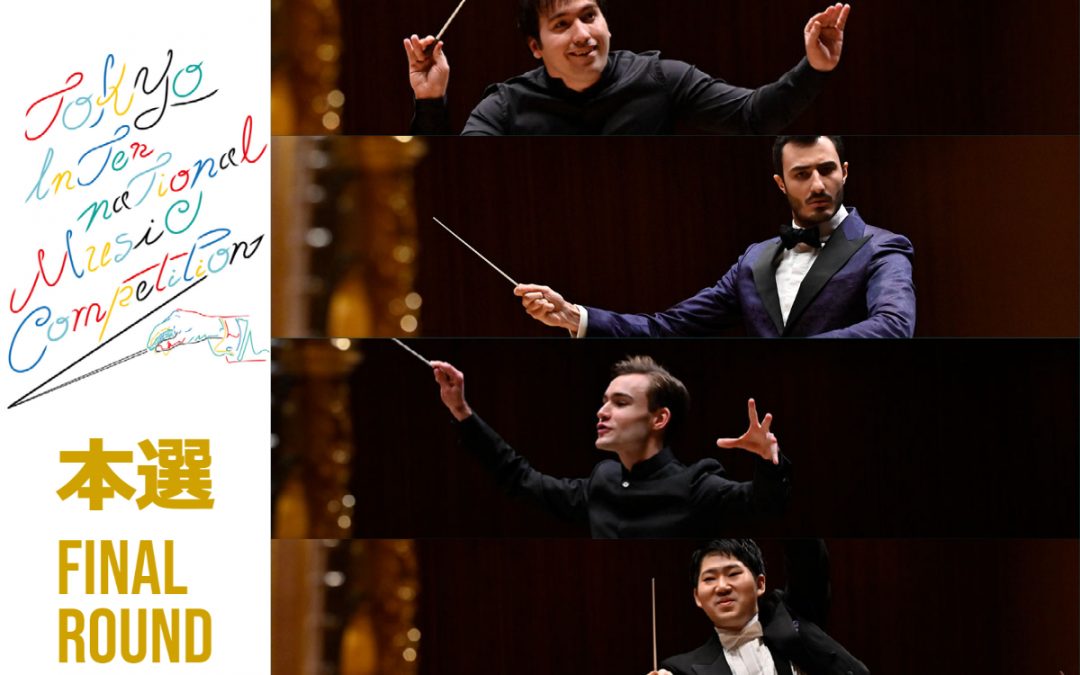 The Brazilian contestant was selected from among four finalists in the triennial Competition. Japanese music critic Haruo Yamada described the winner’s poise, technique and emotive power as “awe-inspiring.”

Samy Rachid, 28, placed second. The former cellist from France was a co-winner of the 2016 ARD International Music Competition as a member of the Arod Quartet who only began pursuing his conductorship career in earnest from this year. In third place was 26-year-old Bertie Baigent from England, who also won the Hideo Saito Award, which honors the famed Japanese conductor (1902-74) who helped launch the Competition, and Orchestra Award, in which members of the orchestra cast their vote of appraisal. Honorable Mention went to Satoshi Yoneda, 25, from Japan.

Just two days prior to the final round, the government had lifted its declaration of national emergency and, as a result, the Hall was abuzz with excitement from a live audience for the first time in months. Unlike the two preliminary rounds, which contestants were judged in part for the manner and expertise they held rehearsals, the final round was to conduct the actual concert itself.

Further information on the respective finalists is also available on this website. The Final Four performances can be viewed until November 3 by securing an email voucher/access link here: www.kipz.fun/mall/event/1224