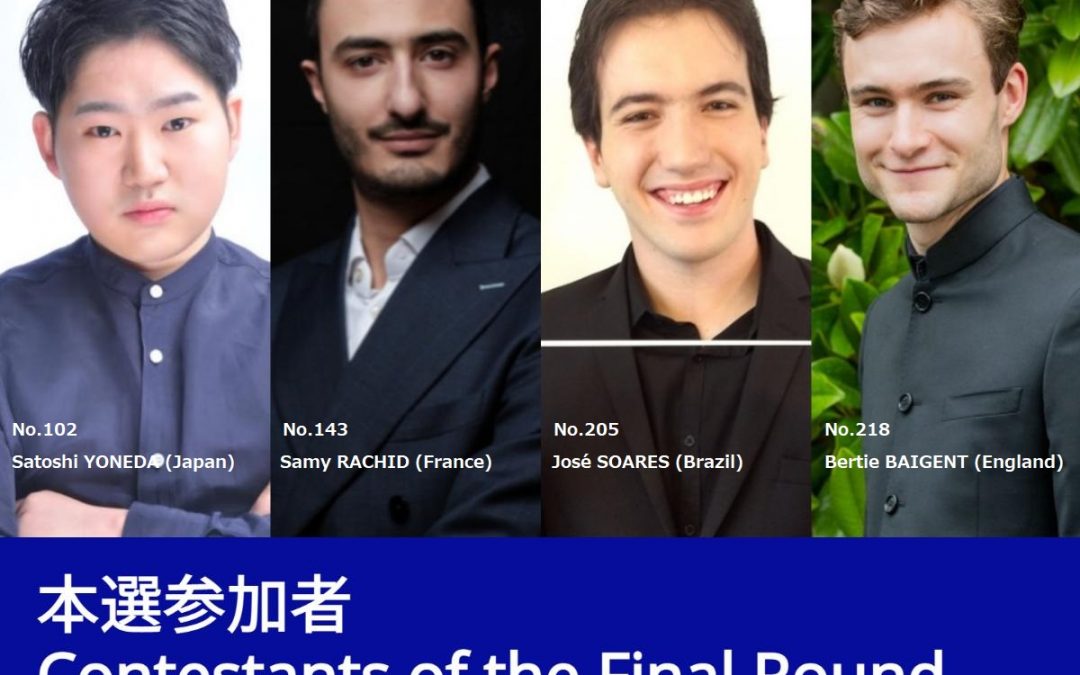 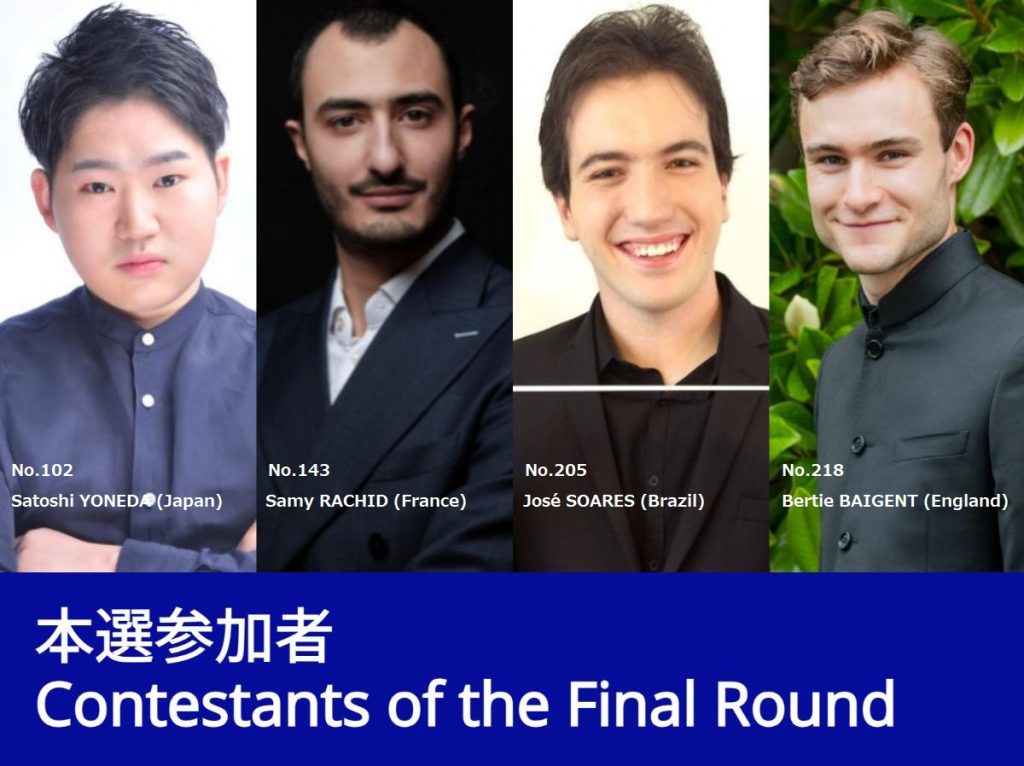 The Contestants who are listed below have passed the 2nd preliminary round of the 19th Tokyo International Music Competition for Conducting in 2021．
The final round will take place in TOKYO Opera City Concert Hall on October 3, at 13:00 in Tokyo Time.

No.102 Satoshi YONEDA (Japan)
Satoshi YONEDA graduated from the Department of Conducting, Tokyo University of the Arts. In 2017, he attended a master class by Paavo Järvi and a conducting course by Kazuki Yamada in Kumamoto. In 2020, he conducted the Owada Festival Orchestra at the 10th anniversary concert of the Shibuya Cultural Center Owada. Satoshi has studied conducting under Ken Takaseki, Orie Suzuki, and Hiroyuki Odano.

No.143 Samy RACHID (France)
Samy RACHID studied at the Hochschule für Musik Basel and began conducting under Mathieu Herzog in the fall of 2020. He has had a long career as a cellist, having studied at the Conservatoire National Supérieur de Musique et de Danse de Paris. He won first prize in the 2015 Carl Nielsen International Chamber Music Competition as well as the ARD International Music Competition Munich, 2016, as part of the string quartet (the Arod Quartet in both cases).

No.205 José SOARES (Brazil)
Jose SOARES is currently studying composition at the University of São Paulo. In 2017, he won the Conducting Prize at the International Winter Festival of Campos do Jordão and went on to study under Marin Alsop, Arvo Volmer, Giancarlo Guerrero, and Alexander Liebreich. In 2019, he apprenticed with Paavo Järvi at the Pärnu Music Festival. In 2018, he was invited to be a guest assistant conductor with the São Paulo Symphony Orchestra. He has been an assistant conductor with the Minas Gerais Philharmonic Orchestra since 2020. He has studied conducting under Cláudio Cruz.

No.218 Bertie BAIGENT (England)
Bertie BAIGENT studied at Jesus College, University of Cambridge, Royal Academy of Music in London. In 2020, he won the Special Prize at the 2020 International Conducting Competition “Guido Cantelli.” Bertie has performed as a guest conductor with the St. Louis Symphony Orchestra and the Orchestra Teatro Regio Torino. He has served as the assistant conductor of the Colorado Symphony and the chief conductor of the London Young Sinfonia. Since 2017, he has been the music director of the Waterperry Opera Festival. He has studied conducting under Sian Edwards.

Admission: Free of charge, although viewers must apply in advance to secure an email voucher/access link

Application for email voucher/access link can be made either by URL:

Note: Instructions for email voucher/access link available in English and Japanese only