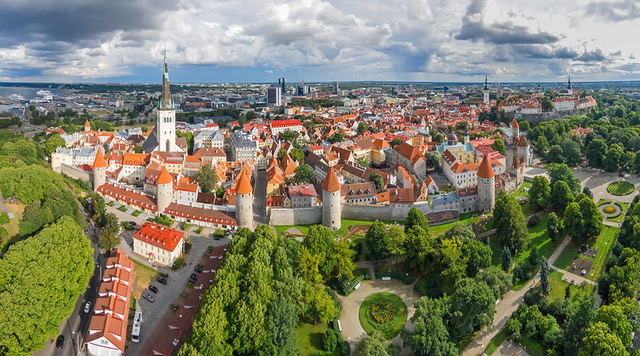 Welcome to the sixth installment of Min-On’s Music Journey, which takes us to the Republic of Estonia, one of the three Baltic states. Estonia is a country of forests and lakes in northern Europe, facing the Baltic Sea and the Gulf of Finland.

Historic medieval cityscape of the Old Town of Tallinn

Estonia is known for its advanced IT industry and beautiful cities with rich history surrounded by abundant nature. The online communication service Skype was originally developed in Estonia’s capital of Tallinn, which flourished as a center of trade from the 13th to 16th centuries. The Historic Centre (Old Town) of Tallinn, where parts of the ancient city remain, was registered as a World Cultural Heritage Site in 1997. With its castle walls and sites like the Paks Margareeta and Raekoja Plats, the city attracts many tourists in search of breathtaking scenery.

Song and dance as a part of Estonian life

The Estonian Song Festival, which was registered as Intangible Cultural Heritage by UNESCO in 2008, was first held in 1869 and remains an important event for the country. The festival is held in the capital of Tallinn every five years, and the landmark 150th anniversary of the festival in 2019 attracted over 25,000 singers and 100,000 spectators from around the globe, filling the festival grounds to capacity.Each year for the festival’s finale, all of the participating singers perform a moving chorus expressing love for their country in Estonian traditional dress. It is a moving and impressive spectacle uniting the hearts of everyone present. 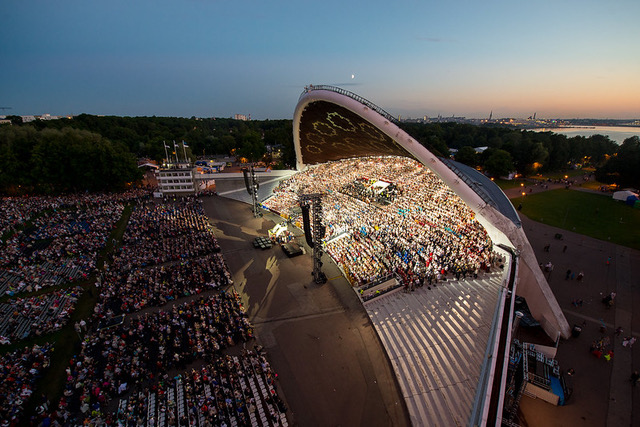 We hope that you will get a sense of this powerful festival’s atmosphere from the video below:

The lush landscapes of Estonia

Estonia is blessed with rich natural beauty. Lahemaa National Park is home to a concentration of breathtaking landscapes, including lush forests, lakes and wetlands. There are over 2,000 islands in the Baltic Sea. The recorded history of the largest island, Saaremaa, dates as far back as 650 BC, and it is thought to have been inhabited since prehistoric times. The wooden windmills that were once used to grind grain have become a symbol of the island. Visitors can enjoy seasonal events against the rich natural background here, including an annual Viru Folk Festival in the northern coastal village of Käsmu, as well as enchanting, peaceful walking trails through the Viru Bog.

Estonia’s staple foods are bread and potatoes. Rye bread is particularly popular and is a famous Estonian food eaten throughout the world. Estonian cuisine is also characterized by its use of dairy products and a strong dairy industry. Examples include kama, a yogurt product nearly as rich as cheese that is often mixed with ground wheat or grains. Kama has been a mainstay on Estonian dinner tables since medieval times and today is enjoyed as a dessert.

Estonia’s love for the art of song

The people of Estonia love to sing, and choruses are a symbol of Estonian culture. Min-On welcomed the Estonian girls’ choir, Ellerhein, to Japan in 2000. Their clear, powerful voices enveloped the concert hall in emotion, and they were greeted by resounding applause from the deeply moved audience members.

Below, please see a list of music recommended by Kaire Jürgenson, wife of the ambassador of the Embassy of the Republic of Estonia in Japan. 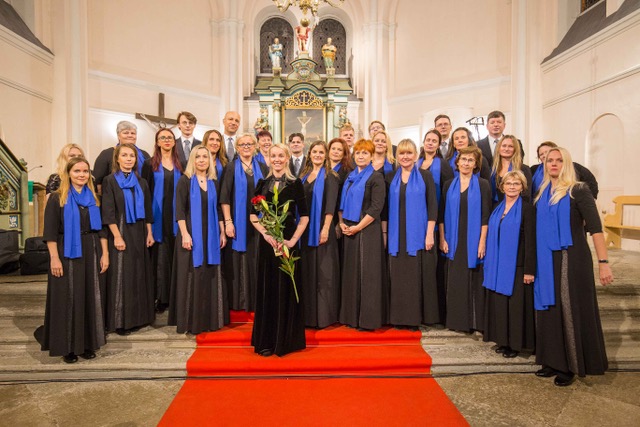 Estonians love to sing, and choral music is considered a symbol of Estonian culture. In 2020, the mixed choir Tuljak, conducted by Killu Rikker, celebrates their 50th anniversary. The group comes from the town of Saku in Estonia. Saku has a sister city in Japan, also named Saku, in Nagano Prefecture. The two cities have a longtime friendship and collaborate in different fields, including culture. We hope to welcome the singers of Tuljak to Saku, Nagano in the near future.

Arvo Pärt is recognized as one of the world’s most-performed modern composers. “Ladybird’s Song” is included in the album “Songs from Childhood” sung by the Children’s Music Studio of Estonian Radio and conducted by Kadri Hunt. Because the ladybird (or ladybug) is considered a symbol of good fortune and happiness in Estonia, this song is brimming with warm, positive emotions for Estonian listeners.

3) “If Wrapped in Kindness,” performed by Curly Strings

To wrap up our journey to Estonia, let’s enjoy a performance by the famous and beloved Estonian folk band, Curly Strings, who have also performed in Japan, where their songs resonated deeply in the hearts of their audiences.

Please enjoy the song below, “If Wrapped in Kindness,” which they performed to express their desire to visit Japan again.

(Produced in collaboration with the Embassy of the Republic of Estonia in Japan and with Harmony Fields Co.)