Welcome to the second edition of Min-On’s Music Journey!
Today, let us guide you to the beautiful Republic of Moldova, located in southeastern Europe.

First, please watch the videos below that were produced to celebrate Moldova’s Independence Day, August 27. They feature a message from the Ambassador of Moldova and a performance of the national anthem by the Moldovan National Youth Orchestra.

Ambassador’s Message
*In Romanian, with subtitles 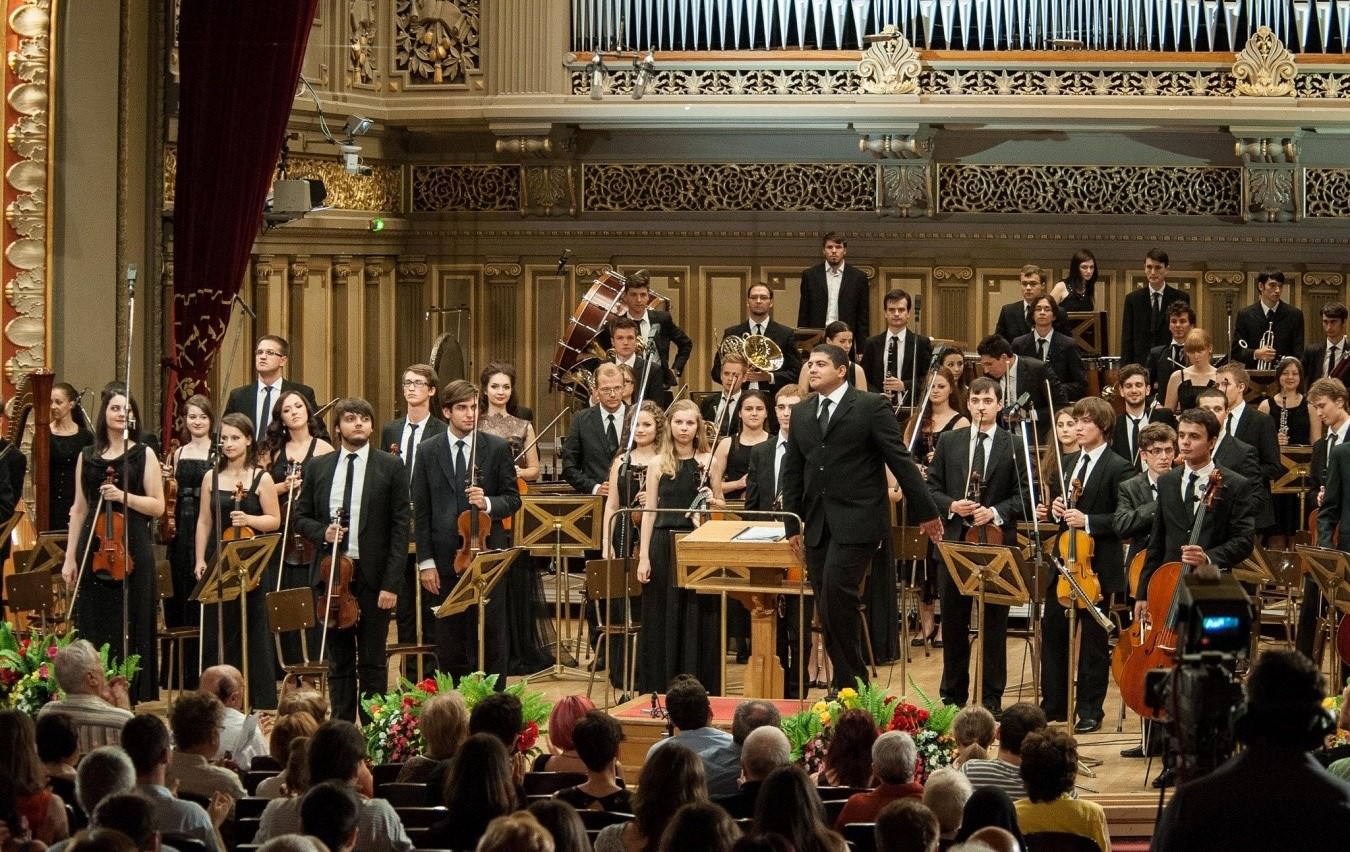 The Moldovan National Youth Orchestra was founded in 2011, bringing together talented young musicians from Moldova and Romania to promote the art and culture of Moldova. They share music with as many people as possible by performing in domestic and international music halls, wineries, cultural sites, as well as in train cars, on the streets and in the forest!

Moldova shares a border with Ukraine in the northeast and Romania in the southwest. It is about the same area as the island of Kyushu in Japan and has a population of 2.68 million people. Many of its historical buildings remain intact, including monasteries, churches and medieval fortresses.

Please enjoy the following video of the Moldovan National Youth Orchestra performing against the backdrop of Moldova’s beautiful scenery:

Moldova boasts a total of 75% fertile black soil against total land area, and agriculture using traditional cultivation methods for vegetables, fruits and grains is an essential industry. In particular, winemaking has been present in the country since at least 3000 BC, and wine is one of Moldova’s chief exports. Moldovan wine can also be purchased and enjoyed in Japan.

Please enjoy the atmosphere of the ATU Winery in the capital Chișinău paired with the performance of the Moldovan National Youth Orchestra. 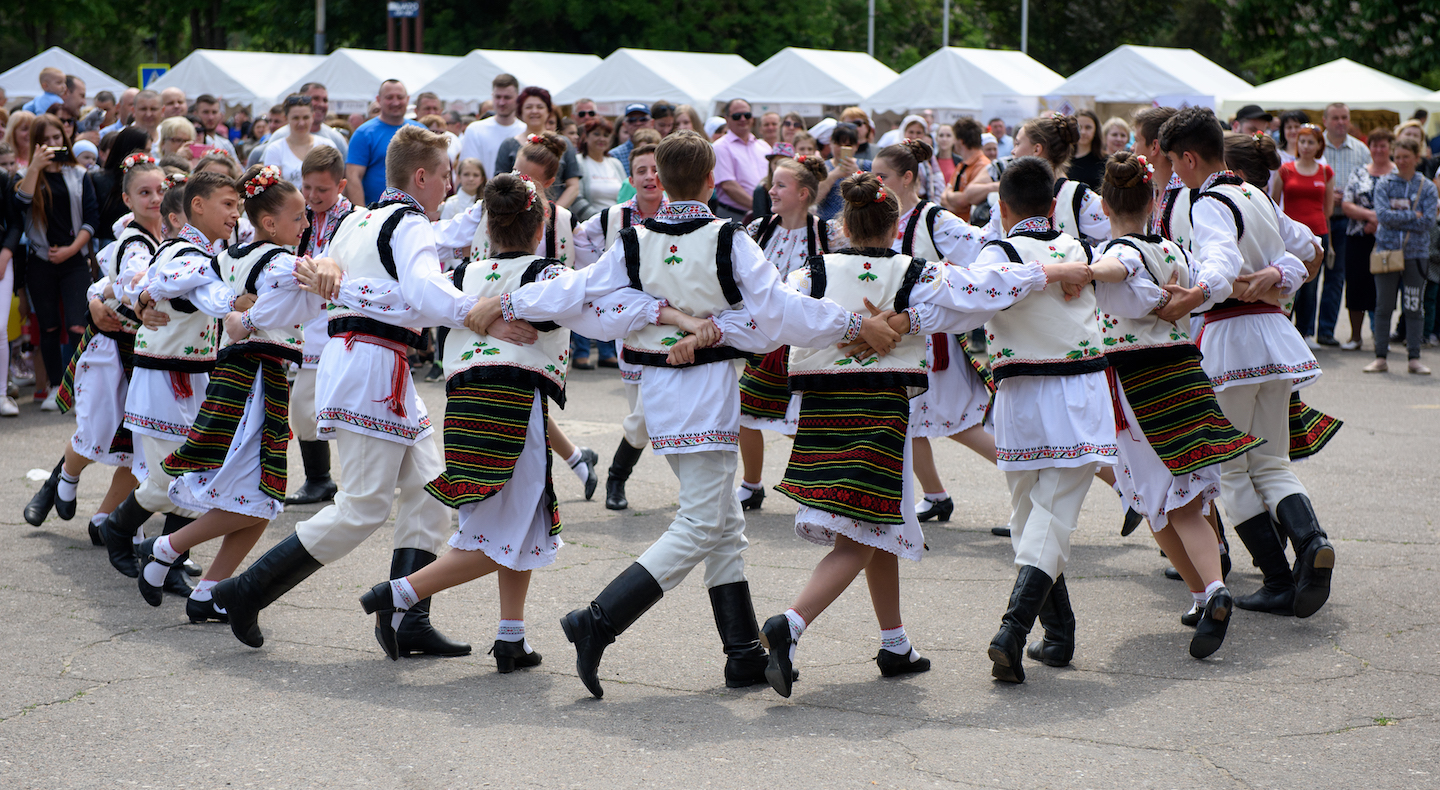 On August 27, Moldova’s Independence Day, Chișinău and other cities hold parades and concerts where people wear traditional clothing and dance. The traditional group dance shown below is called the Hora. Moldova’s dancers performed as part of the USSR Folk Dance Ensemble for the first installment of the Min-On World Folk Dance Series held in 1976.

One of the essential elements of festivals is Moldovan folk instruments. They developed over many centuries, closely related to the cultures and traditions of neighboring countries. In modern times, there are many variations. Today we will feature the most popular of Moldovan wind instruments, the nai. Please enjoy the exceptional musical skill of expert nai player Igor Podgoreanu. 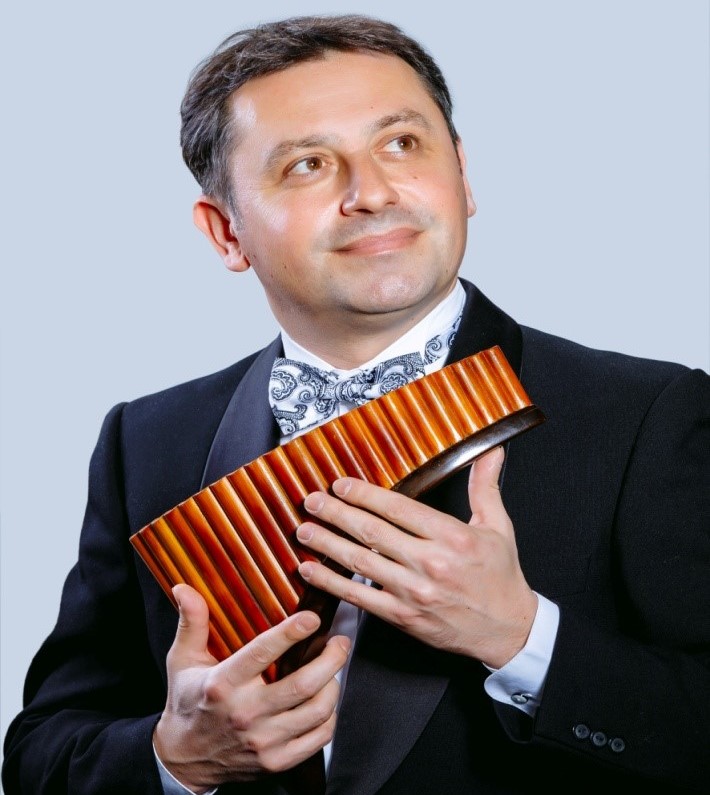 This wind instrument consists of a series of connected wooden tubes. Its name is believed to derive from the ney, a Persian end-blown flute. In Moldova, many playful and expressive songs are played with the nai.

Next, we would like to introduce four groups of musicians recommended by the Embassy of the Republic of Moldova in Japan. 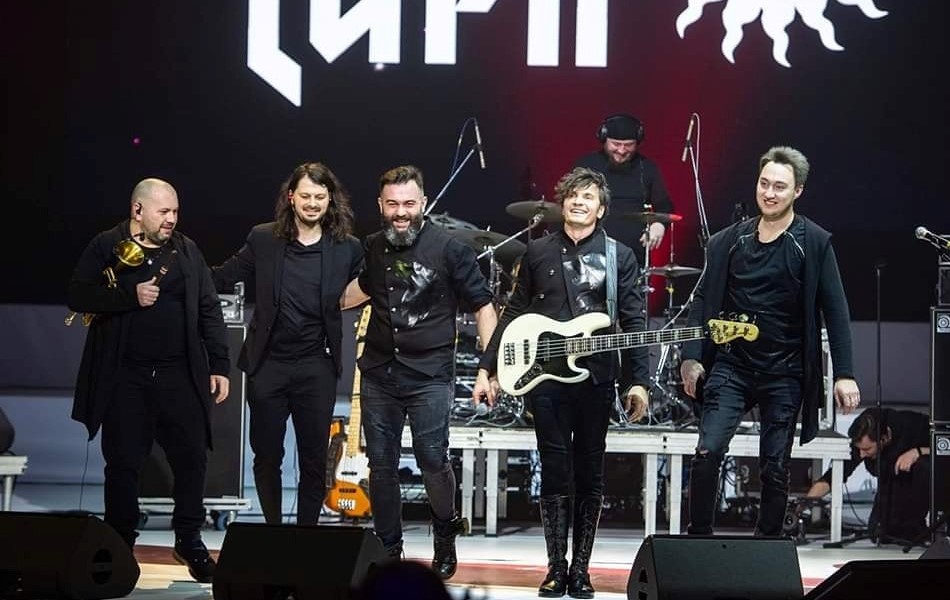 The Alex Calancea Band fuses modern and traditional music. They fascinate audiences with their energetic performances and skillful improvisation. 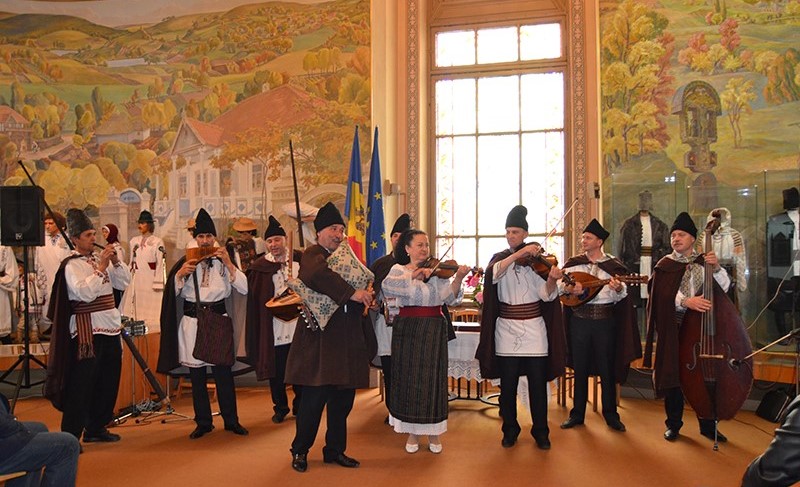 Căpriana Village of the Ștefan Vodă District is located in the center of Moldova. The Ștefan Vodă folk ensemble performs with authentic traditional Moldovan instruments, including the cobza, bucium and nai. This orchestra was founded in 1970 by musician Nicolae Sulac, and Nicolae Botgros became its conductor in 1978. Since then, the orchestra has performed many concerts both in Moldova and abroad and has also released nearly 200 CDs. 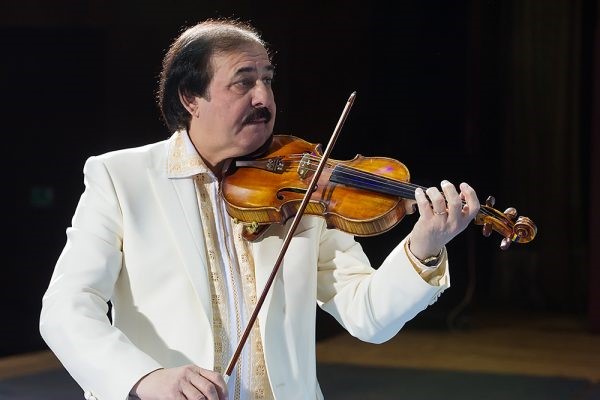 Botgros is one of the foremost violinists in Moldova. He is also the first conductor of the National Folk Music Orchestra, Lăutarii. He has won many awards and is called “a magician of the violin.”

A recommended playlist from the Moldovan Embassy (these videos all features concerts held in Moldova):

5. My Gentle and Tender Beast; performed by Paula Seling with Lautarii Orchestra

In closing, please listen to a performance by the Moldovan National Youth Orchestra in the pedestrian zone of Chișinău.

What did you think of your music journey to the Republic of Moldova? 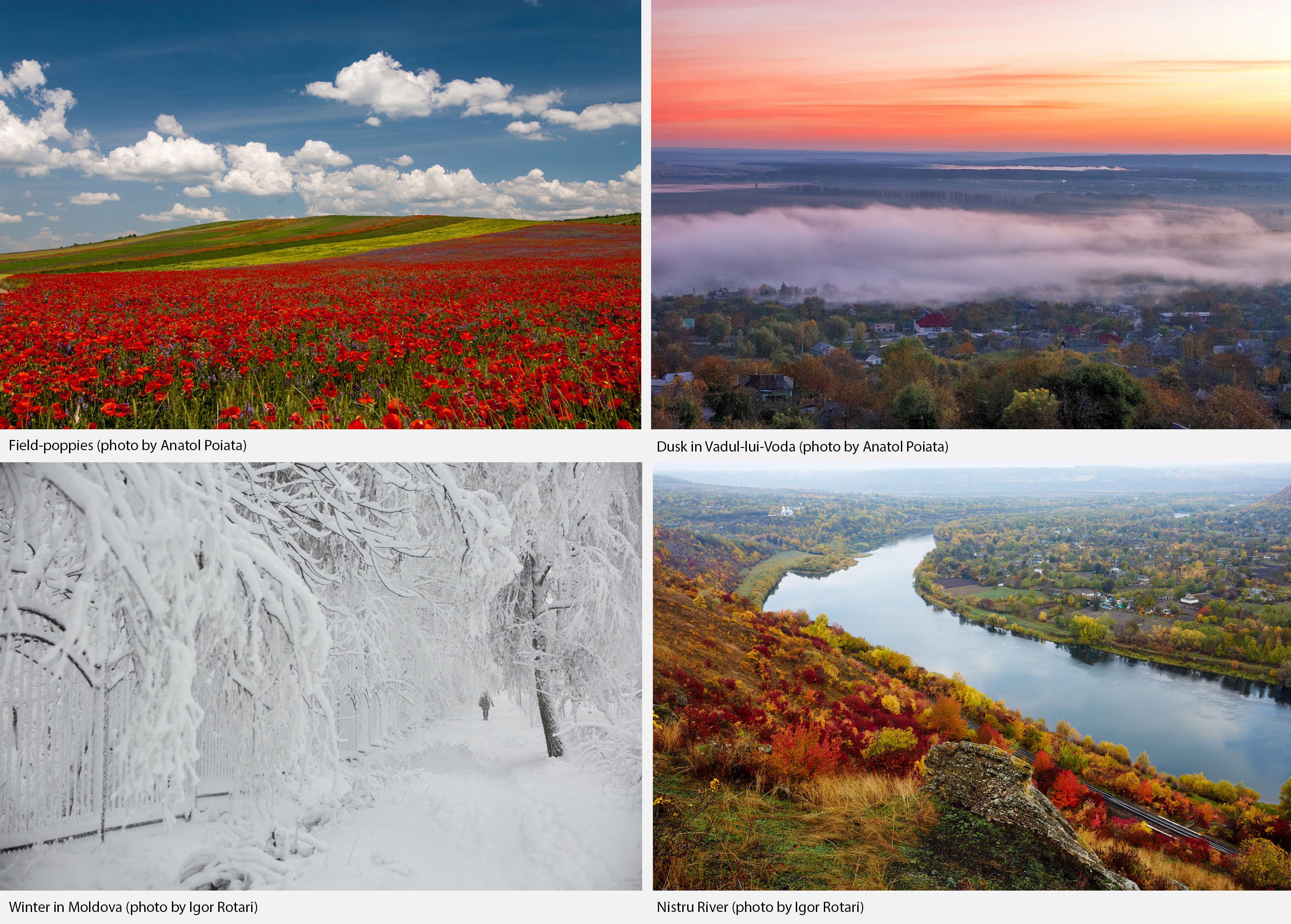 There are still many more places to go on our music journey. Please look forward to our next destination.

See you on the next stop!

Produced in collaboration with the Embassy of the Republic of Moldova in Japan.