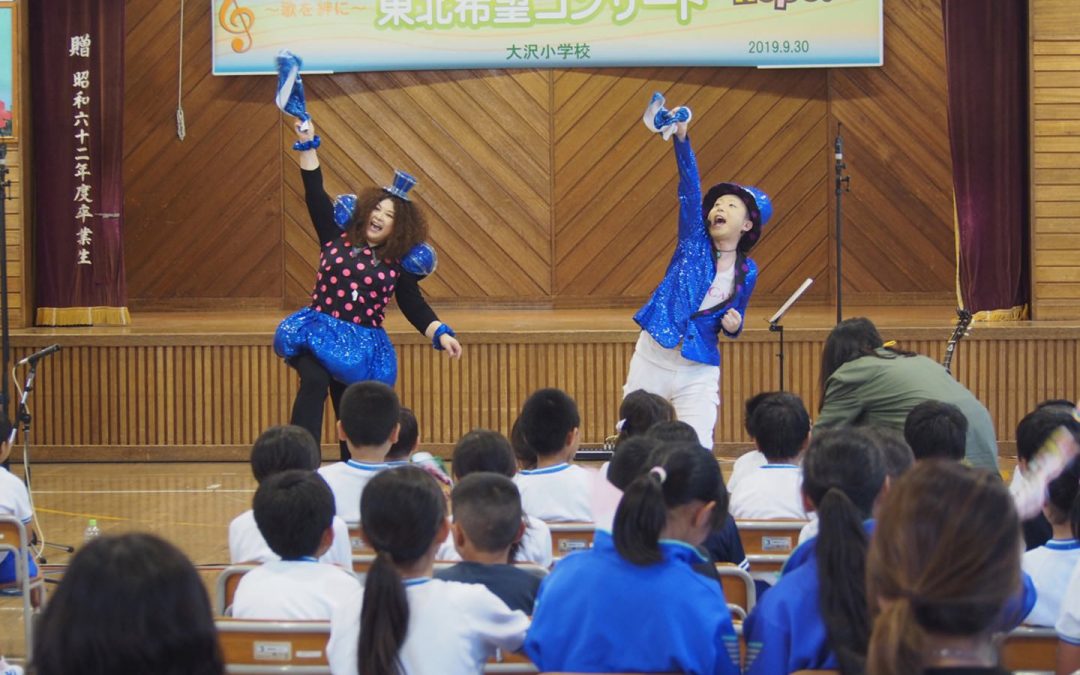 In 2003, a singer debuted the song Saga Prefecture, which is a huge hit at Oshima Elementary in Kesennuma, Miyagi. The song was featured in the NHK Kohaku Uta Gassen (Red and White Song Battle) in the same year. At the Oshima Elementary Hope Concert, it was performed by television and radio star Hanawa. The song includes lyrics that describe a father-in-law and son thinking about their relationship as family. 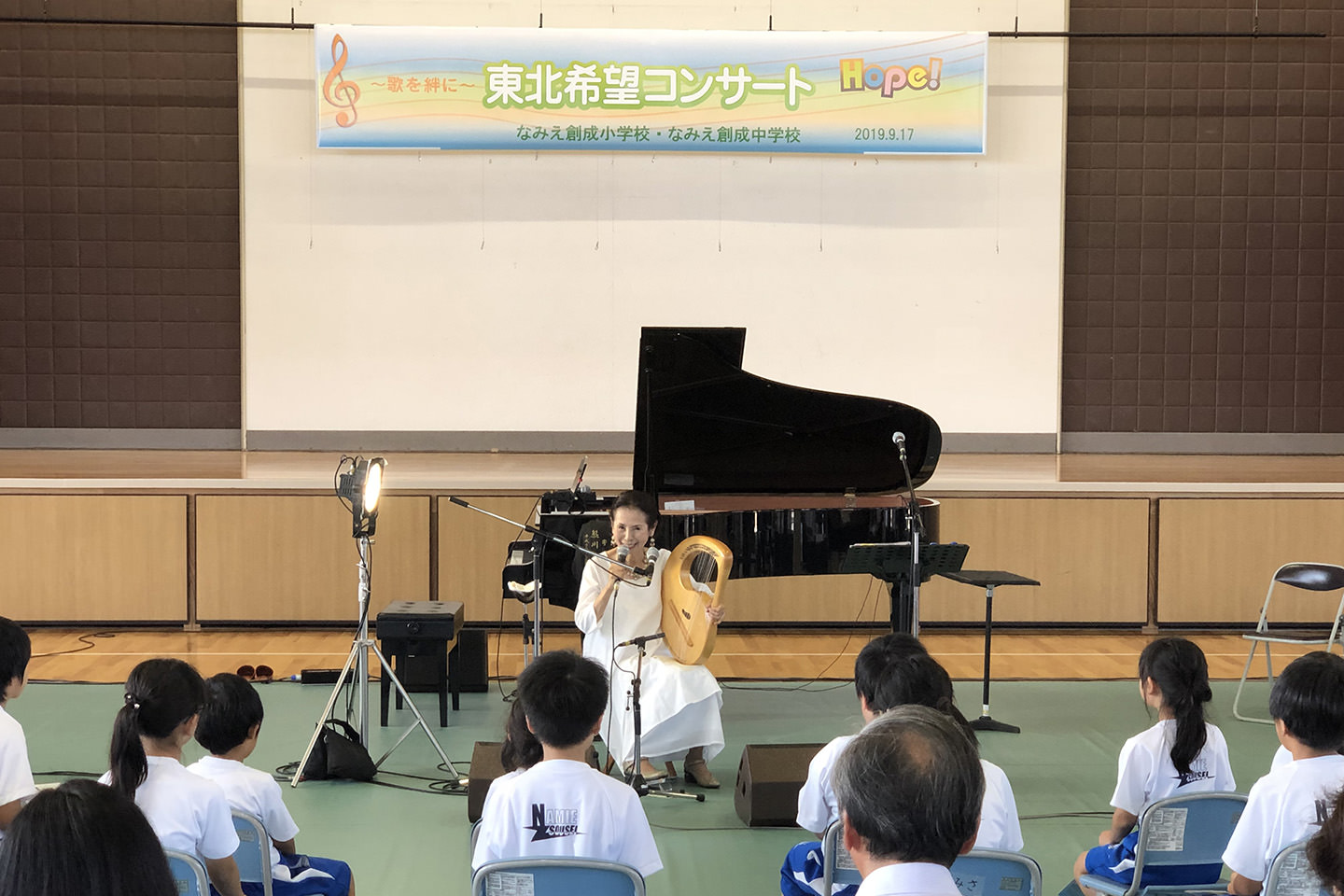 Singer Yumi Kimura and pianist Toshio Nakagawa performed Always With Me, The Promise of the World (Howl’s Moving Castle) and Flowers Will Bloom at Namie Sosei Elementary in Namie, Fukushima.

Locally-active group Underpath performed at Osawa Elementary. They played their songs Happy Drive, which was used in a car commercial, ONE, a song for the Iwate reconstruction efforts and Santetsu no Uta, a song to support the Sanriku Railway.

Each concert was exciting, and at the end of them everyone sang the respective school’s song in closing. 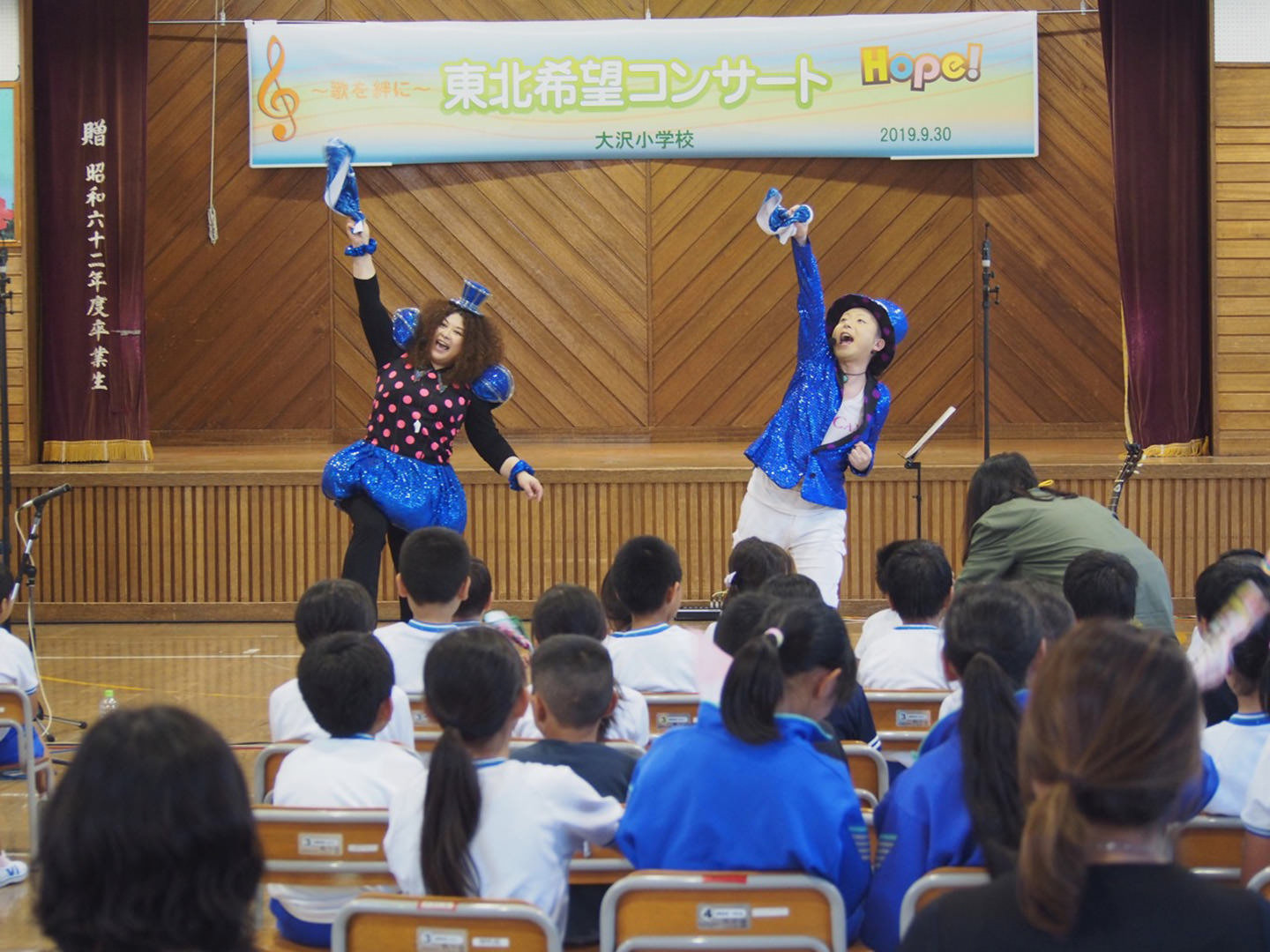