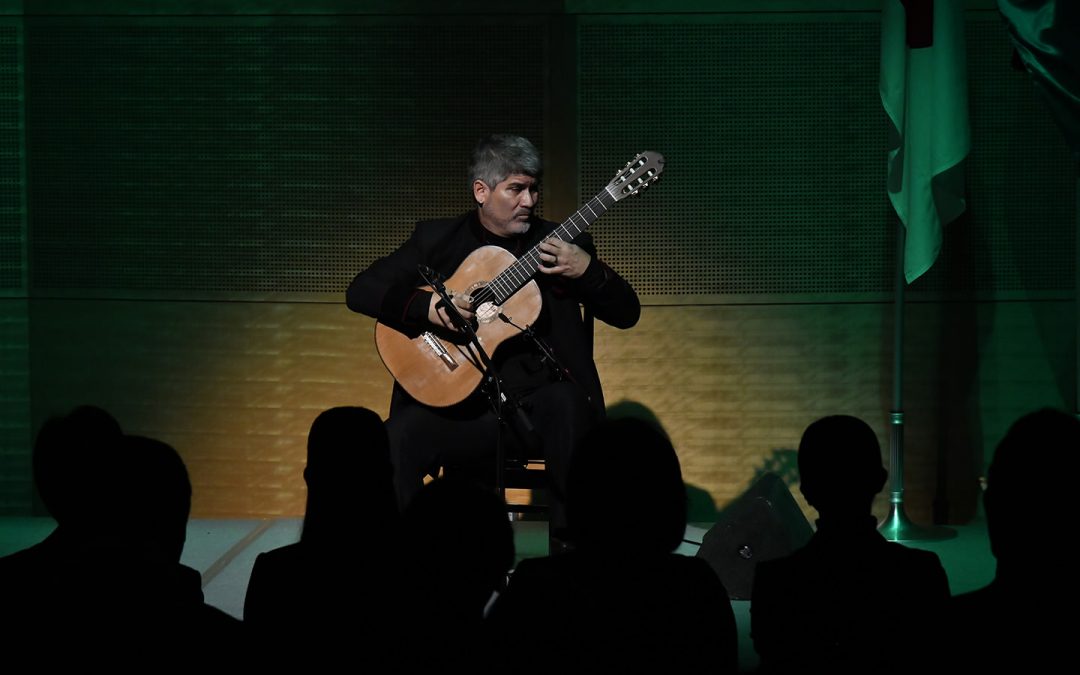 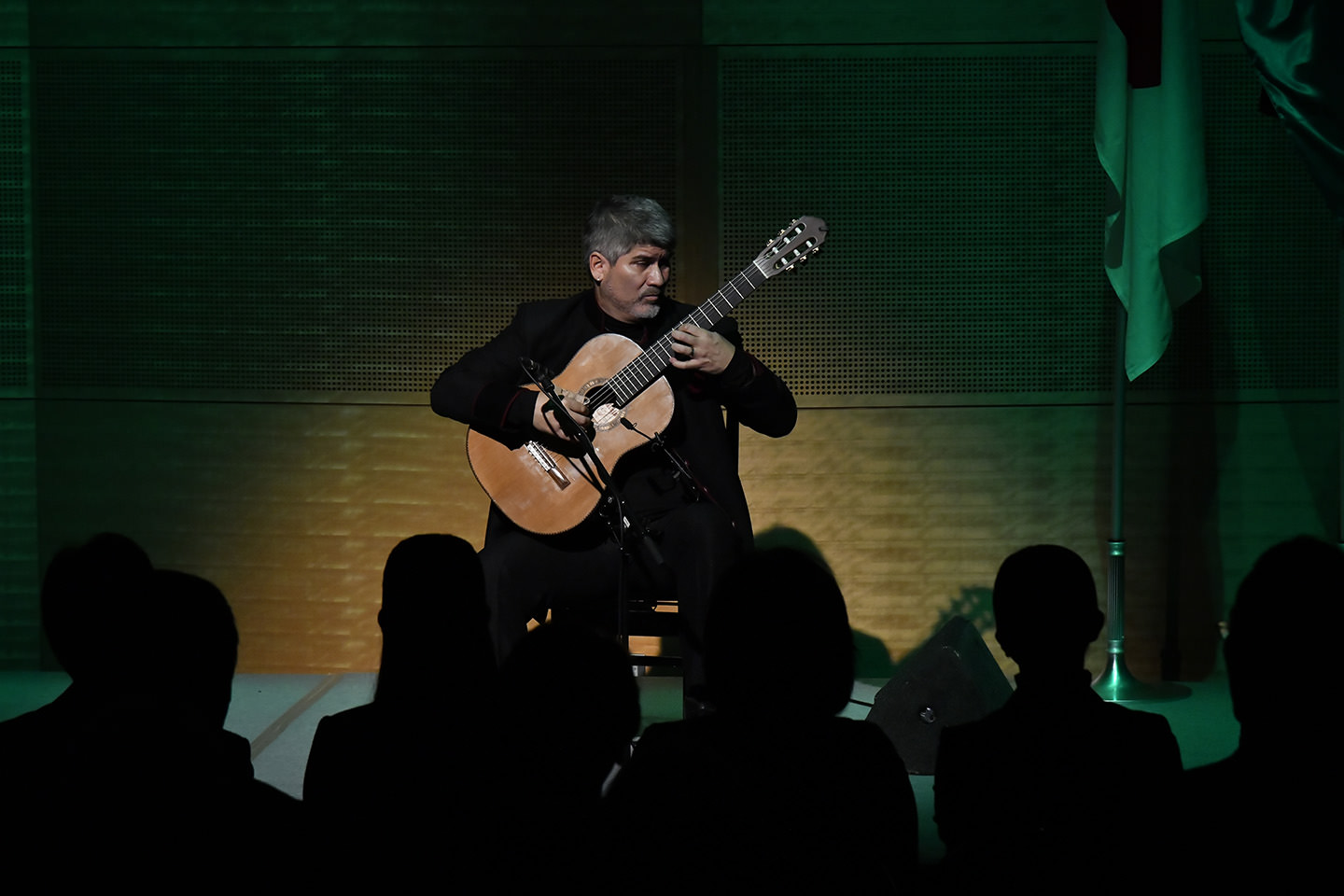 Music could be called an unfiltered expression of the soul. For renowned Bolivian guitarist Piraí Vaca, music is pure emotion, most certain. His guitar has a range of expression that defies common conception, and his skilled guitar artistry—highlighted by virtuosic finger work and effortless harmonics—was on full display at the Min-On Culture Center on Thursday, October 10, 2019, to celebrate the 120th anniversary of the first Japanese immigrants to Bolivia. 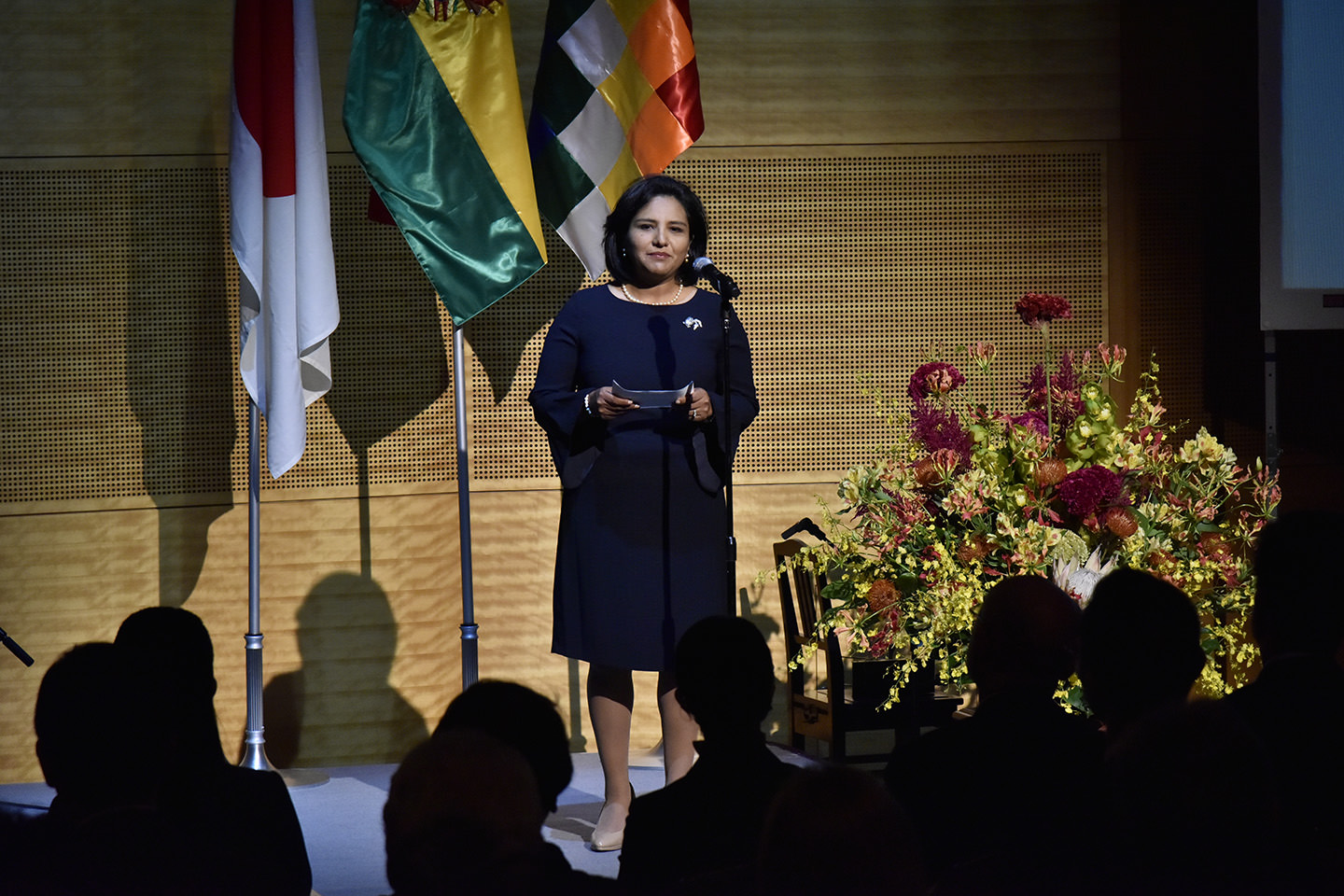 Mr. Piraí Vaca took the stage with a powerful presence, meticulously tuning his guitar between each song and bowing with great deference to the crowd of esteemed guests. Mr. Vaca began with a somber and enchanting tune, Capricho árabe. It was prevalent from the opening notes that he takes his guitar seriously as a maestro, but also engages it playfully, as if showing the audience many different sides of the same face.

The following composition, Yamour by the Grammy award-winning guitarist composer Andrew York, featured the most evocative and compelling melody of the evening. It was clear from this piece that Mr. Vaca would not be sticking to one singular style.

The third piece was titled Alfonsina y el mar. This composition by Ariel Ramirez was written to commemorate the life of Alfonsina Storni, an Argentine poet who came to a sad end of her life, drowning in the ocean. Mr. Vaca shared this story with the audience in fluent English before beginning the piece, and his willingness to address the subject with such candor made his performance even more real. Another highlight of the evening was Mr. Vaca’s arrangement of Bohemian Rhapsody by Queen, which included the entire vocal line played with great flair and energy. Mr. Vaca’s final number was titled Benga Beat, a composition by Gary Ryan. Amongst all the superb and diverse performances of the night, this song stood out for its extremely complex melody and rhythmic structure, which included percussive use of the guitar as a drum, and several notable ring-clacks courtesy of Mr. Vaca’s left-hand ring finger. 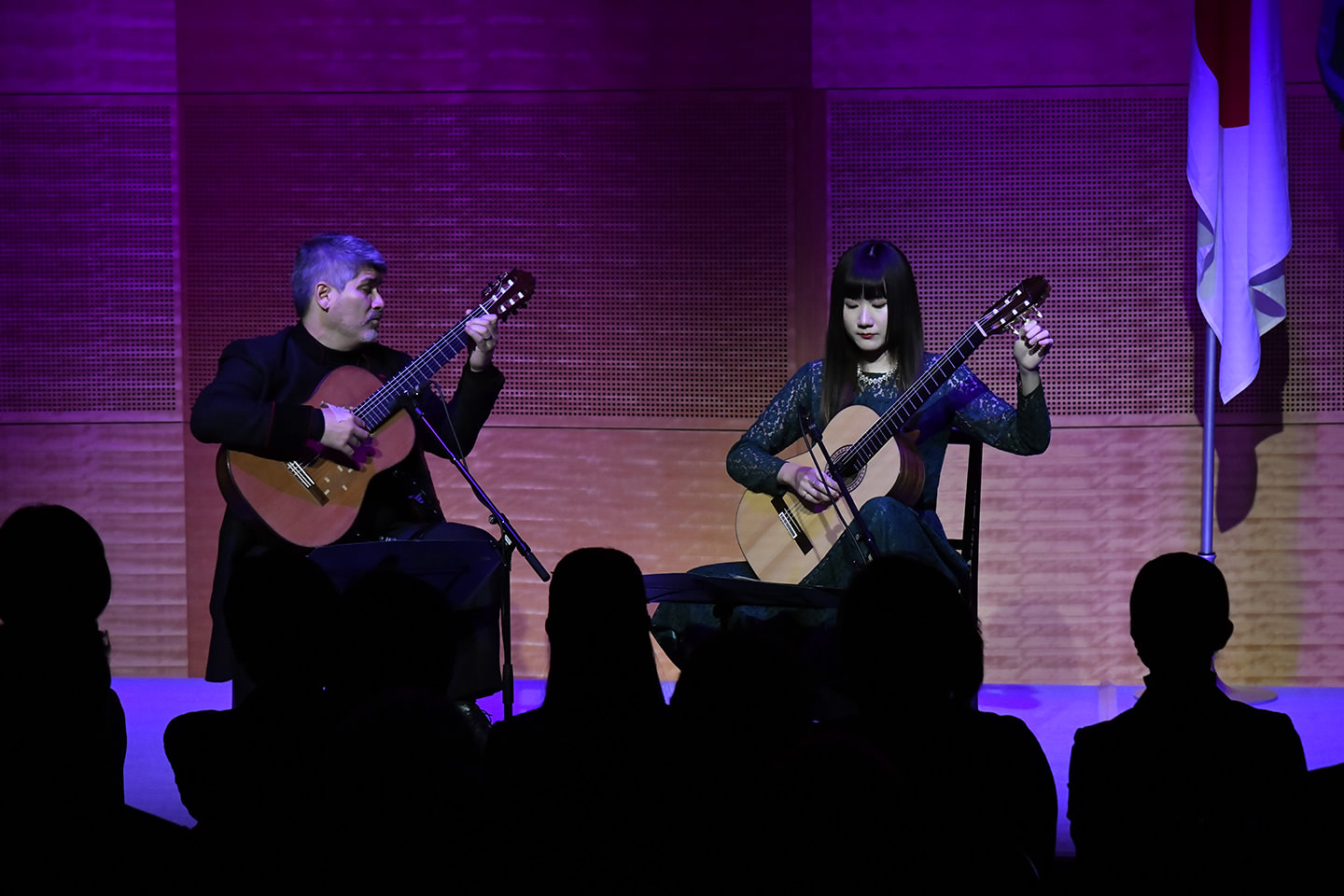 As an encore, Mr. Vaca welcomed Japanese female guitarist Ami Inoi to the stage for two songs. Although only in her mid-twenties, Ms. Inoi showed superb talent as a musician. The two guitarists blended together seamlessly and even harmonized vocals together on the final song, Obatalá, of Cuban origin.

A great thanks to the Embassy of the Plurinational State of Bolivia, the Agency for Cultural Affairs and Min-On Concert Association for inviting Mr. Vaca and Ms. Inoi to show us the power of emotion through music.