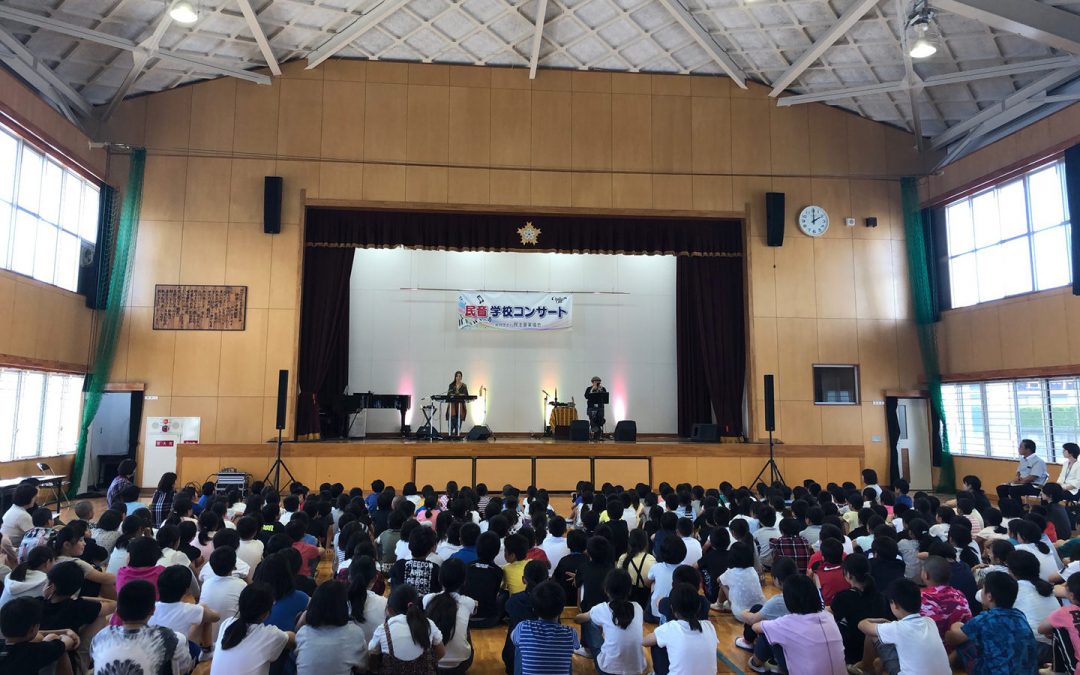 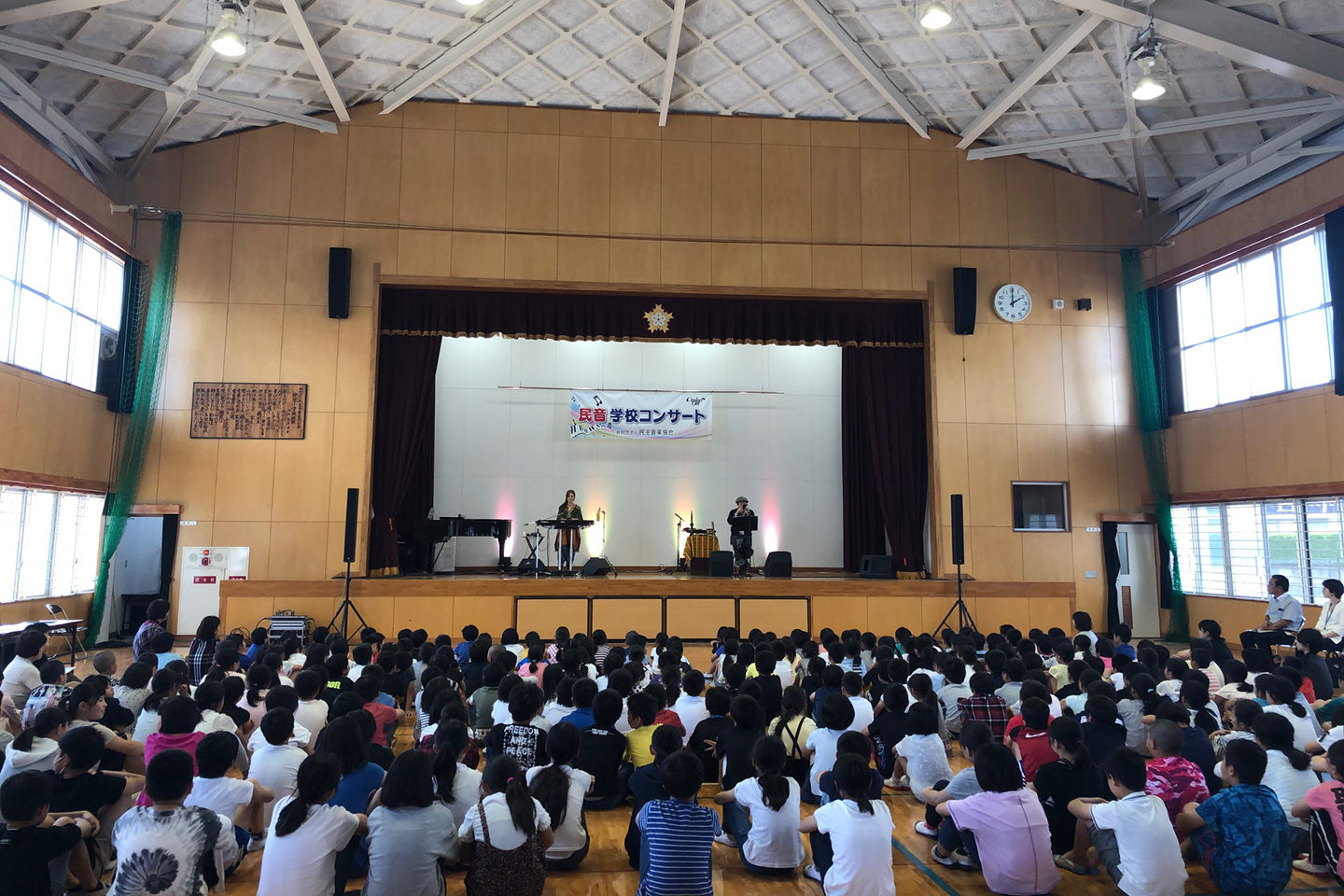 The duo Viento, which is based in Aso, Kumamoto, performs both domestically in Japan and overseas. From May 27 (Mon) to 30 (Thurs), they gave a series of school concerts in Fukuoka and Oita prefectures.

Within the duo Viento, Banri Yoshikawa’s quena, ocarina, and other diverse ethnic instruments harmonize with Miki Takeguchi’s synthesizer. In addition, the sounds of unusual instruments—including a clay flute excavated in Peru, a flute resembling an octopus, an instrument that created the sound of a storm, and more—drew laughter and shouts of surprise from the fascinated students.

The children were also given an opportunity to come on stage and perform with Viento. They played so well you never would have thought it was their first experience with the instruments! The entire venue was very impressed. After the concerts, the children made a wealth of comments, including, “We don’t have many opportunities to see live performances, and it was a really valuable experience for us,” and “When they played a song we knew, we couldn’t help humming along in unison!”