The Republic of Panama is a gateway connecting different worlds—the Panama Canal is a literal connection between the Pacific and Atlantic oceans, and Panama has shined throughout history as a cultural crossroads linking Spanish culture with the New World. Due to this history and its Central American geographical location, the country is inhabited mostly by mestizos (persons of mixed African, European and indigenous ancestry), and the cultural diversity of its inhabitants has inspired a rich musical history in Panama.

On May 23, 2019, Min-On Concert Association invited vocalist, pianist, guitar player and composer Patricia Vlieg to Japan in honor of the 500th anniversary of the foundation of Panama City, Panama. Ms. Vlieg was born blind in Panama City in 1975 and has become a beacon of hope and inspiration for her country and lovers of music worldwide. Aside from Ms. Vlieg’s wonderful compositions, her on-stage presence was also compelling, as she addressed the crowd in Spanish, her native tongue, as well as flawless English and extremely accomplished Japanese. Her dedication to music and the high level of memorization she employs as a performer without sight were extremely compelling for everyone in attendance. Some of the most notable songs of the evening were as follows.

The opening song of the evening was a traditional ode to the Republic of Panama performed in a definitive, passionate style.

Each one of Ms. Vlieg’s compositions were accompanied by video presentations, and this third song of the concert, composed by Patricia Vlieg and Paquito D’Rivera, was an upbeat, spirited vocal, clarinet and guitar number. The song centers on two dancers, male and female, who are dressed in traditional Panamanian dress (the women’s dress is a pollera). The lilting, staccato vocals accompanied by the visual presentation of traditional dance showcased the depth of Ms. Vlieg’s repertoire early in the evening.

For this tune, Ms. Vlieg played guitar at her piano bench and sang entirely in a staccato, lilting style that embodied her passion for the world of music. Simply infectious and delightful.

This song’s title translates to “pretty thing” or “cute girl,” and the accompanying video was remarkable for its intriguing use of video filters and storytelling in its depiction of young, innocent love.

The word cabanga means melancholy or sadness in Spanish. However, it also refers to a sweet treat that’s popular in Panama. Ms. Vlieg coyly joked that because she wasn’t feeling particular melancholy or sad, but rather spirited and impassioned, there wouldn’t be any cabanga for her the night of the concert. Another graceful and wonderful song that serves as the title track for both Ms. Vlieg’s 2015 album and the title of her Min-On Culture Center concert (photo of album art included with this article). Following this concert, Patricia Vlieg also performed in two concerts hosted by Min-On in Kobe on May 25 and Imabari, Ehime—the sister city to Panama City. The Imabari Children’s Choir participated in the concert in Imabari and created beautiful harmony on stage with Patricia, performing the Panamanian song Alma Patria and the Japanese song Furusato. 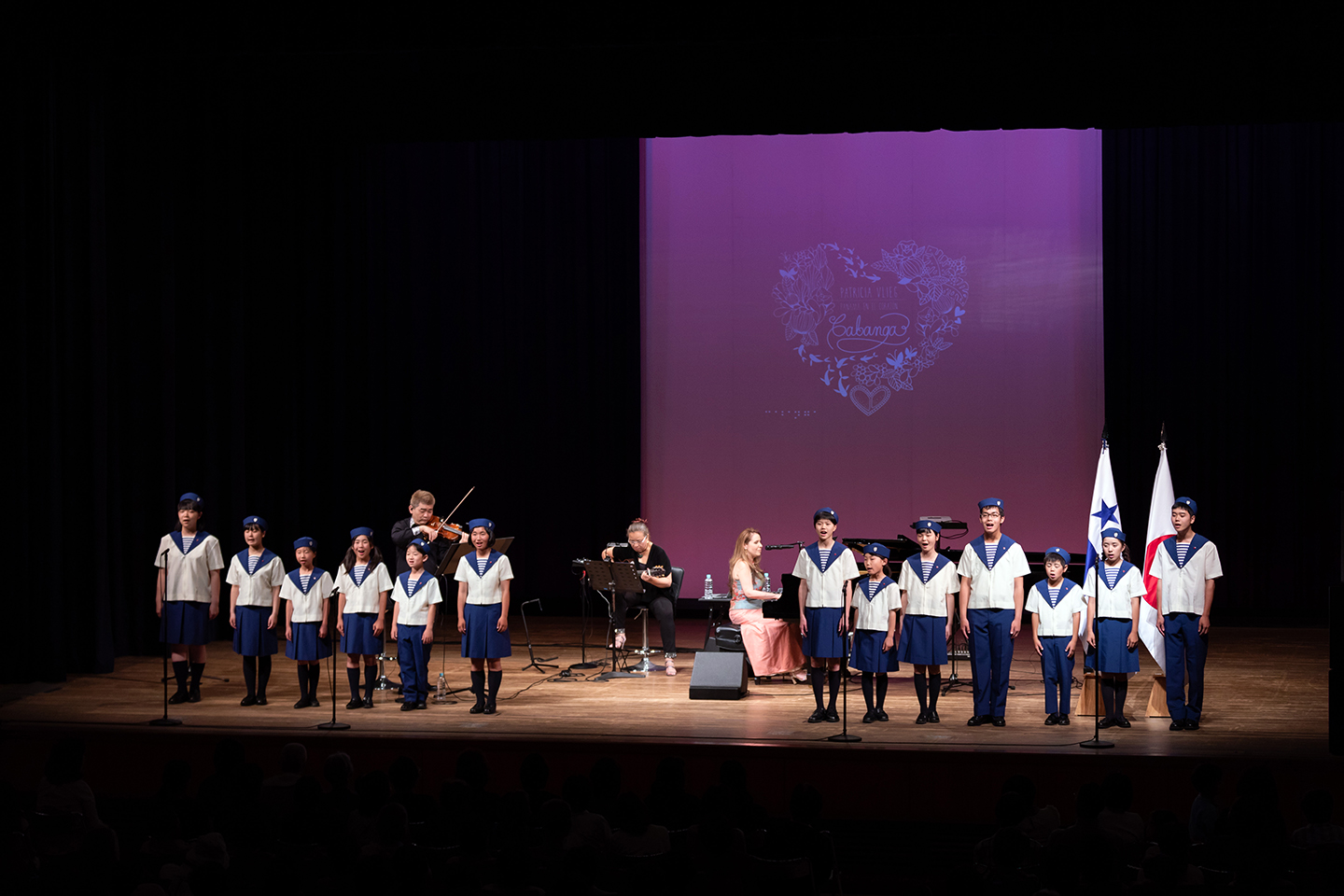 Witnessing Patricia Vlieg’s incredible gift for music, memorization and language was a truly inspiring event. The Princess Takamado and H. E. Mr. Ritter N. Diaz, Ambassador of the Republic of Panama were also in attendance, only increasing the dramatic atmosphere of the concert. Min-On Concert Association’s dedication to the life-changing power of music was on full display through Patricia Vlieg’s virtuoso performance.