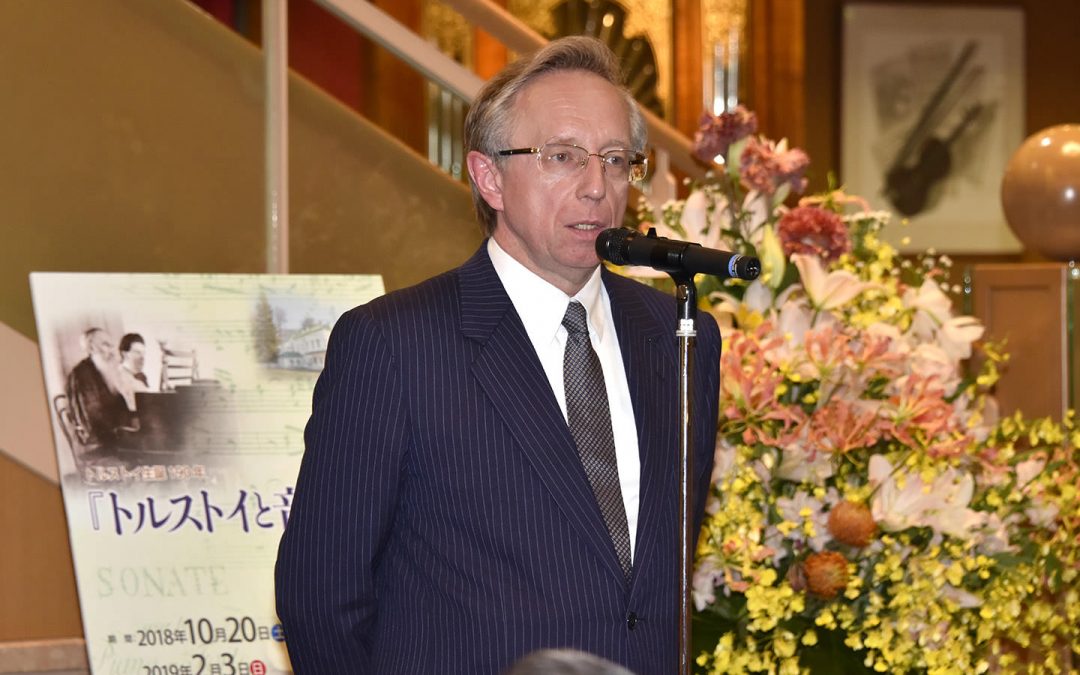 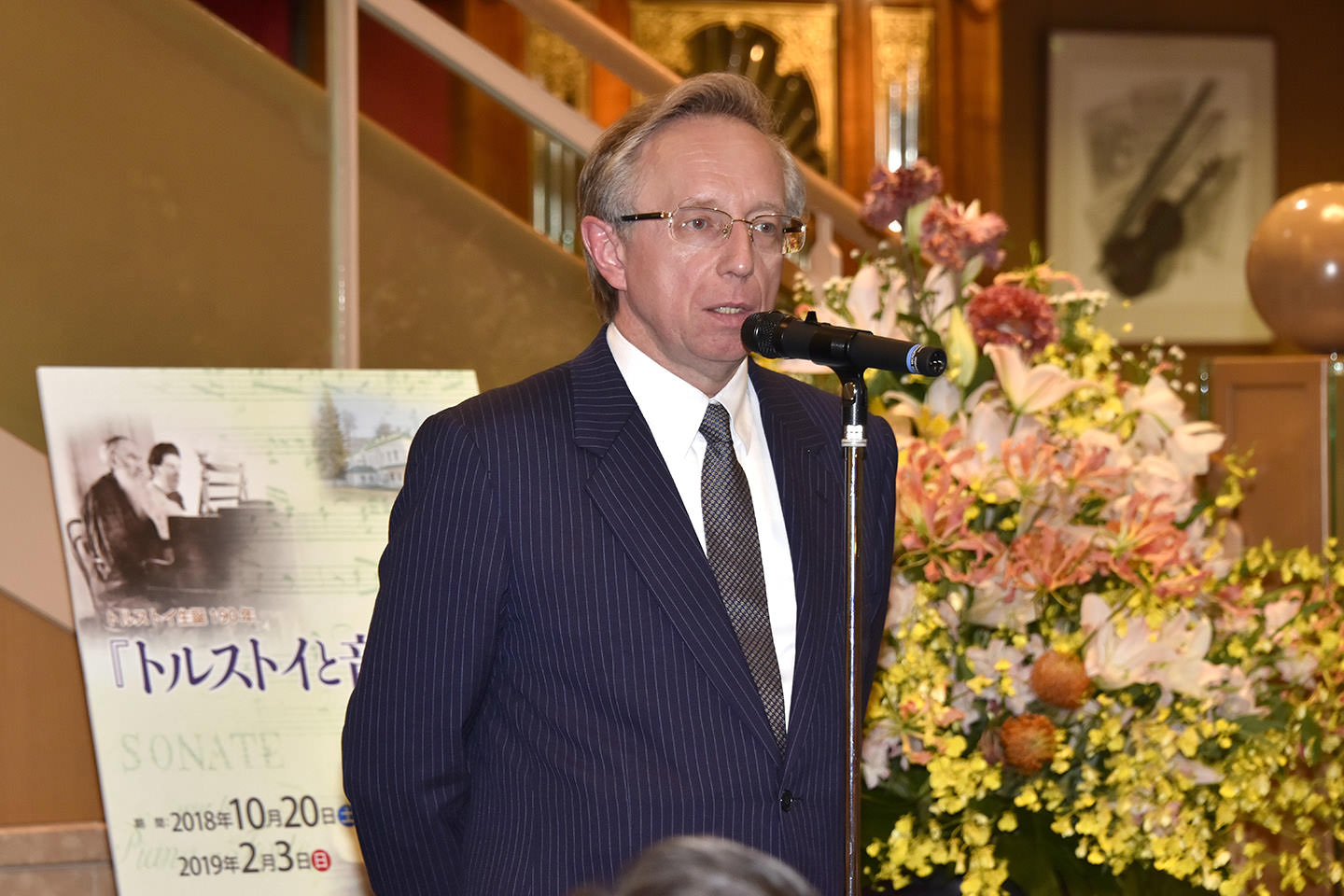 Min-On: Were you been able to view the Tolstoy and Music Exhibition?

Ambassador Mikhail Galuzin: Yes. It is an exceptionally interesting exhibition that provides an understanding of the important role music had in Tolstoy’s life, and how the Tolstoy family enjoyed music. Many of the exhibits tell the story of how Tolstoy’s great works were achieved to the backdrop of music. There were many things there I hadn’t seen before. It would be my pleasure to request many additional Russian cultural exchange events at Min-On. 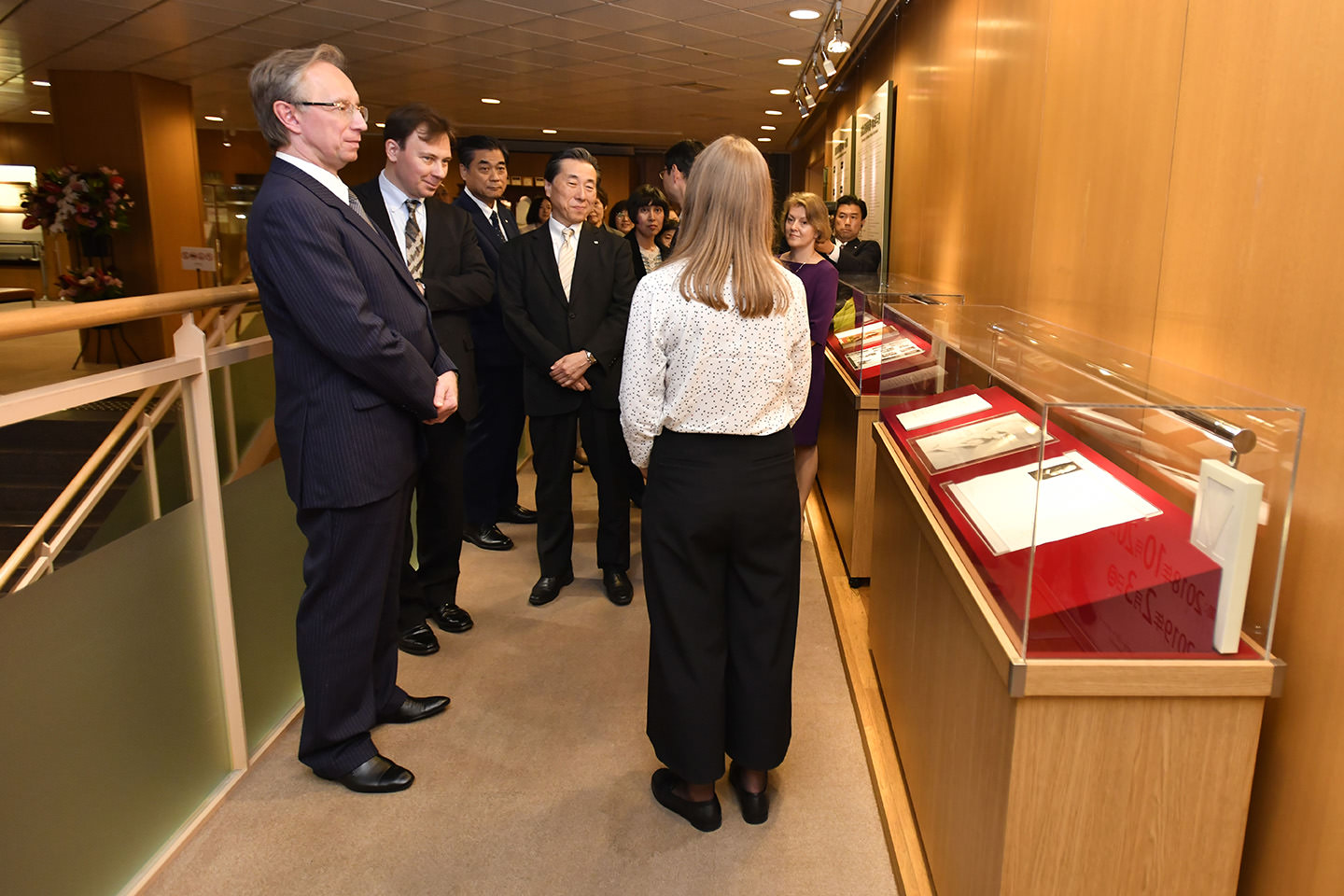 Min-On: The Russian ethnic ensemble Terem Quartet have been invited to Japan in 2019. What thoughts do you have on Min-On’s cultural exchange efforts?

Ambassador: I have deep appreciation for all the contributions Min-On has made towards Russia-Japan cultural exchange. The founding of Min-On and the founder’s principle of “Music knows no barriers. It transcends national borders, language, culture and ethnicity, bringing hearts together in a symphony of peace,” was a declaration with much foresight.

To resolve issues that the world is currently facing, including SDGs, the unity of the international community is essential. Unfortunately, however, there are some countries with foreign policies that are heading towards world division. This means that bridge-building activities connecting the minds of people worldwide are even more essential. Through them, we can show that the power of culture to connect country to country and person to person supersedes differences in borders and languages, political thinking and economic systems. That’s what I mean by Min-On’s role being more important than ever. 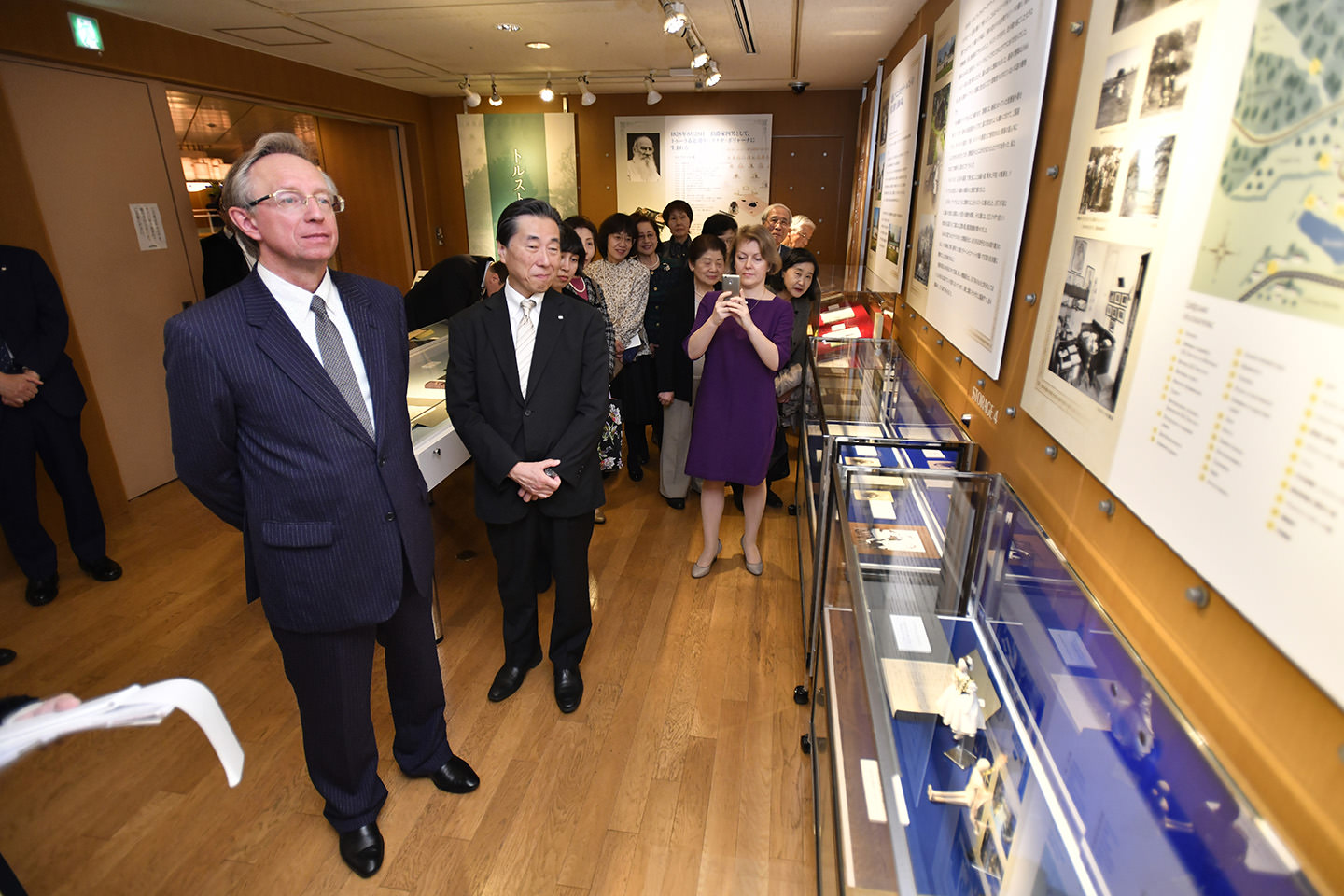 Ambassador: The world of Russian music is varied and rich, including world-renowned classical composers such as Tchaikovsky, Rimsky-Korsakov and Mussorgsky. My personal favorite is Tchaikovsky’s The Nutcracker. In Russia, the ethnic people who live across our vast land have outstanding and unique music cultures. For example, the music and dancing of the people in North Caucasus is very dynamic, giving great energy to its listeners. In the northern part of Krasnodar Krai, Cossack music such as in Rostov Oblast is enchanting. The Cossacks have inhabited provinces along our borders, and their music, songs, dance and clothing are all unique.

Min-On: What music is popular with young people?

Ambassador: One group that’s popular with the younger generation and people my age is the four-man vocal group Kvatro, who came to Japan in October 2018 for Moscow Culture Day in Japan. They are a superb quartet who sing songs from Italian opera to modern Russian pop music. The women’s artist group SOPRANO is also popular with a wide audience. They have a varied repertoire, spanning from opera to modern pop music, and beautiful voices. Russia also has brilliant jazz musicians, such as saxophone player Igor Butman. Jazz is popular among young people. I would love for young Japanese people to enjoy more modern Russian music. Thank you!