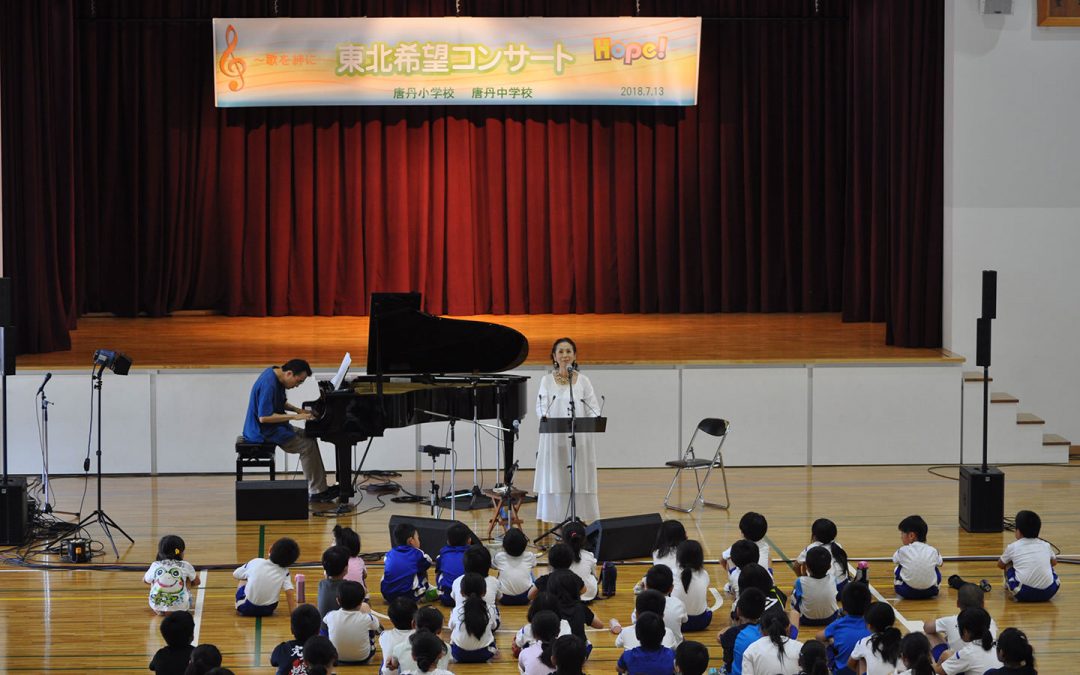 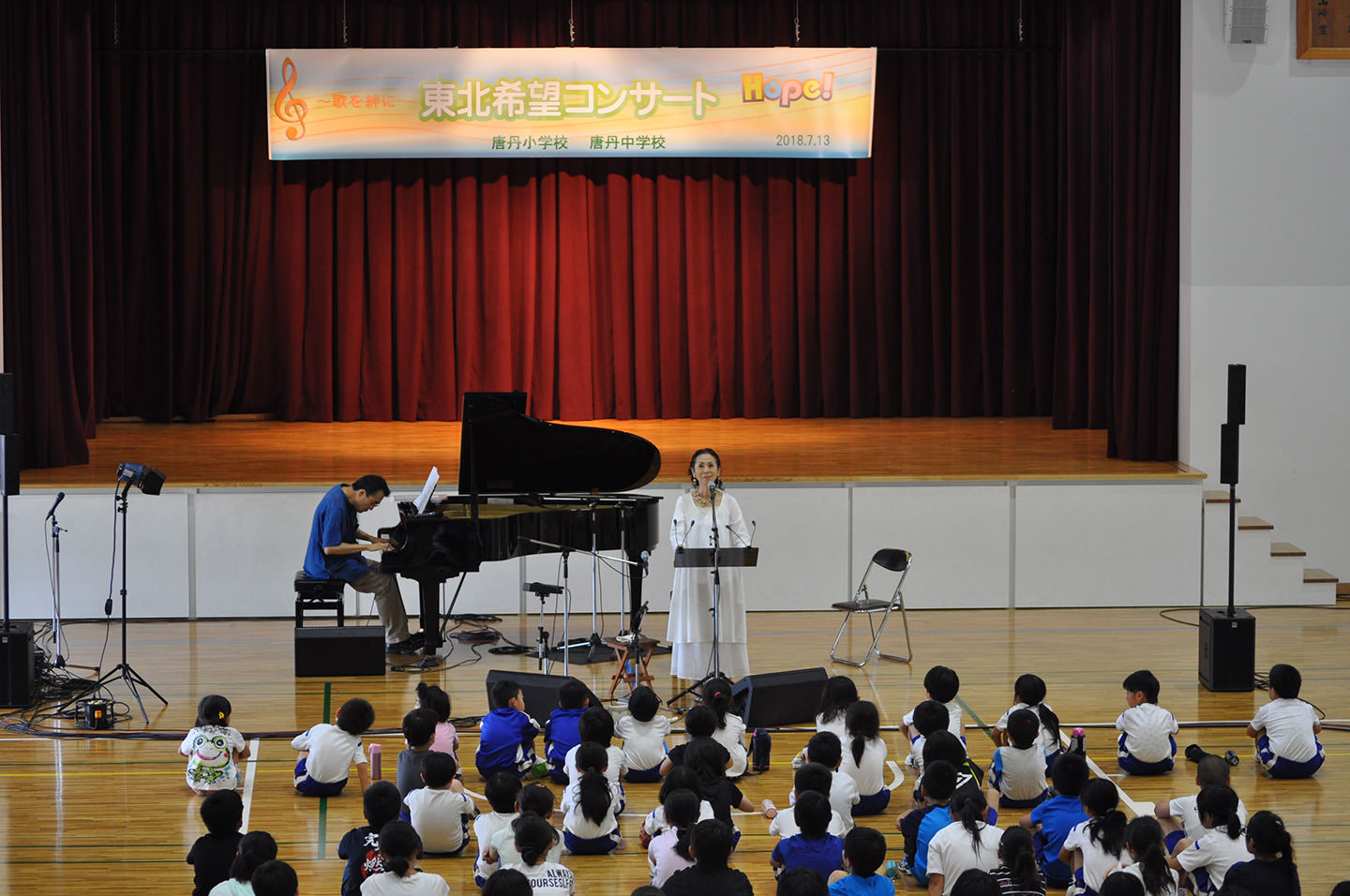 Toni-cho is an outlying city about seven kilometers from Kamishi Station on the Sanriku Railway Minami-Rias Line. Nestled along the coastline, it delights in the charms of both ocean and mountains. In 2017, the construction of the Toni Elementary and Junior High School campuses was completed on the slopes of the mountains—at an elevation of 25 meters.

The previous Toni Elementary School built in 1873 had a long-standing involvement with newspapers and won the prefecture’s newspaper competition on multiple occasions. In addition to study, club activities and school events, the junior high school also encouraged studying local traditional arts and the fishing industry.

At this Tohoku Hope Concert, Youmi Kimura, celebrated for the theme song Always with Me from the movie “Spirited Away,” performed alongside pianist Toshio Nakagawa. The faint arboreal aroma of the newly built wooden campus buildings surrounded those who attended the event.

Students took in the concert earnestly, from Always with Me sung in Kimura’s clear and gentle voice to Merry-Go-Round of Life (from the film “Howl’s Moving Castle”) and Flowers Will Bloom. Nakagawa then played a song which everyone has heard at least once, his very own advertising jingle. It was a humorous and moving event.

In a show of thanks, grade five and six students also performed Always with Me using hand bells. The room was filled with beautiful tones and Kimura herself was overcome with tears. It was a heartwarming moment for all involved.

The 69th Tohoku Concert ended with a speech given by 3rd year junior high school student, Momoka Suzuki, who said, “In Japanese, the word ‘fun’ is contained within the word ‘music,’ but experiencing all these emotions and feelings, I know that it is more than just that. My awe in the power of music has been renewed beyond doubt.”