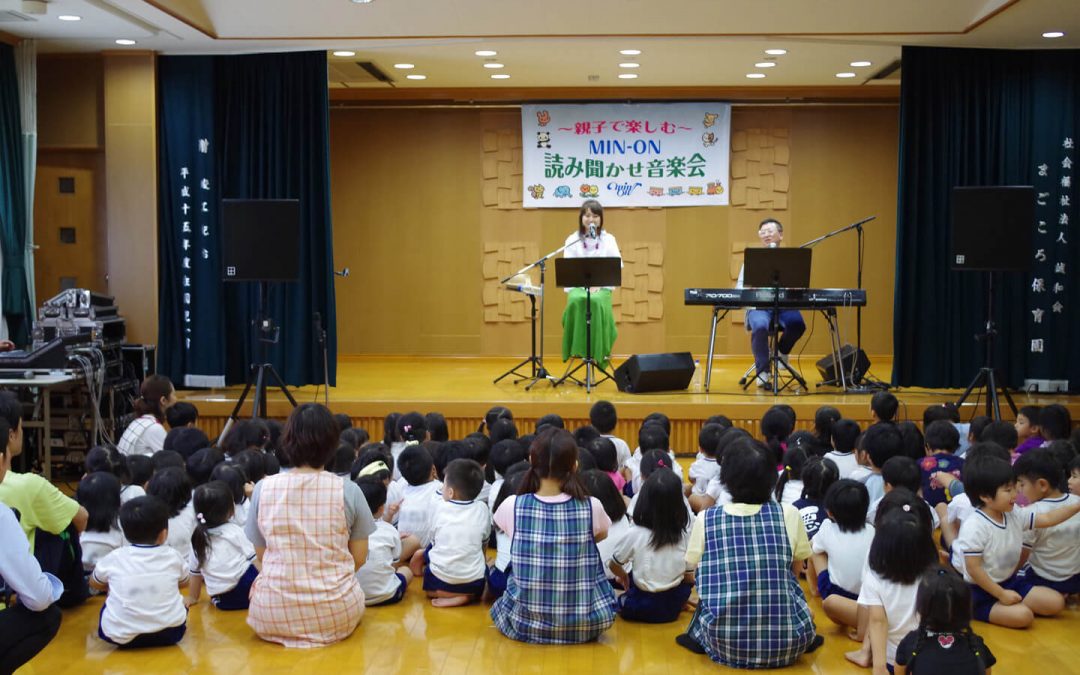 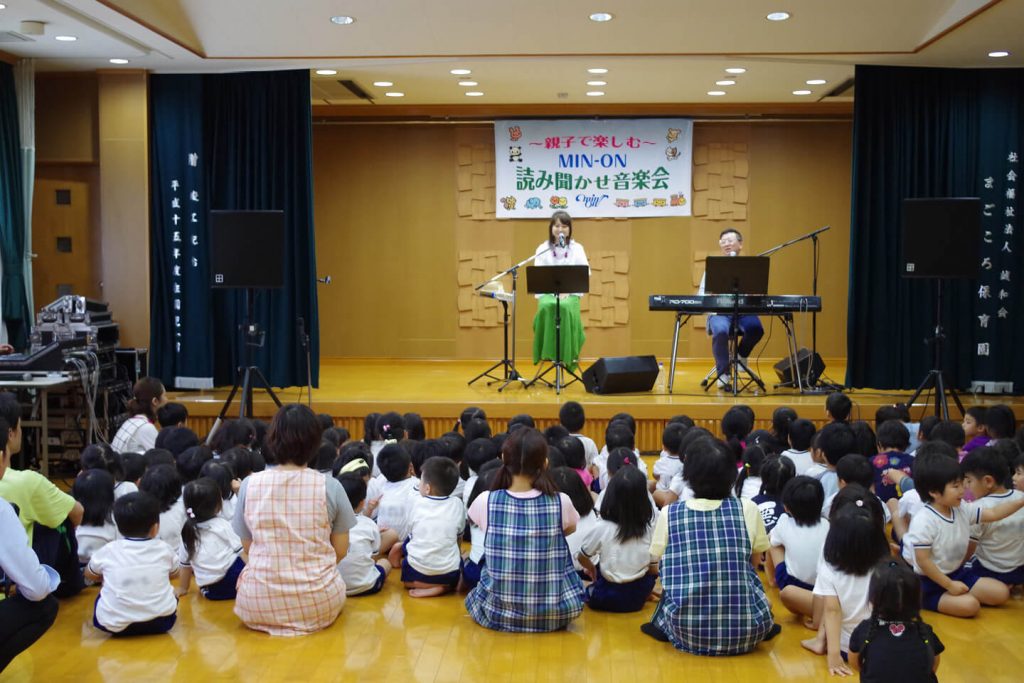 As an outreach program for younger generations, Min-On produced a series of unique educational programs for preschool children, including a concert program entitled  A Storybook Musical for Children and Parents. Created by Japanese singer songwriter Mayumi-nu, the program is a musical comedy featuring her own original illustrated storybook accompanied by song. With the support of Min-On and local boards of education, she traveled around different regions of Japan and touched the hearts of children with her unique musical performance. On July 12–14, she delivered a series of concert programs to hundreds of children in Fukuoka Prefecture at several local kindergartens. She performed her original musical storybook accompanied by a keyboard player and a drum machine, and also performed exercises for the music learning method known as eurhythmics, which includes many rhythmic and harmonious body movements. Children and parents alike greatly enjoyed the unique musical experience.