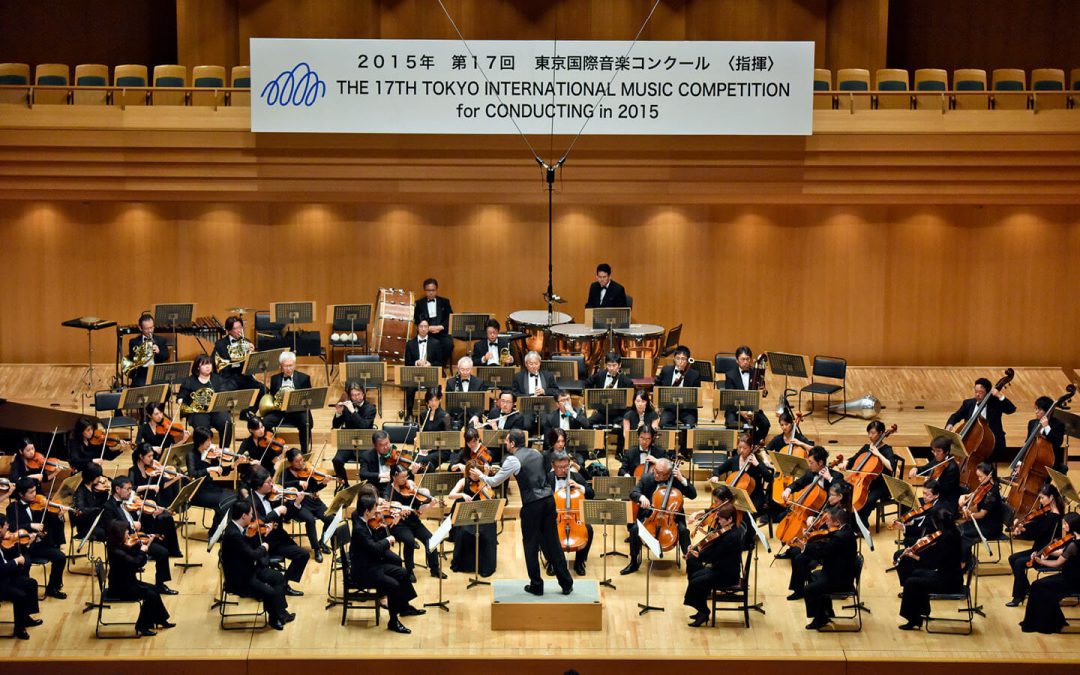 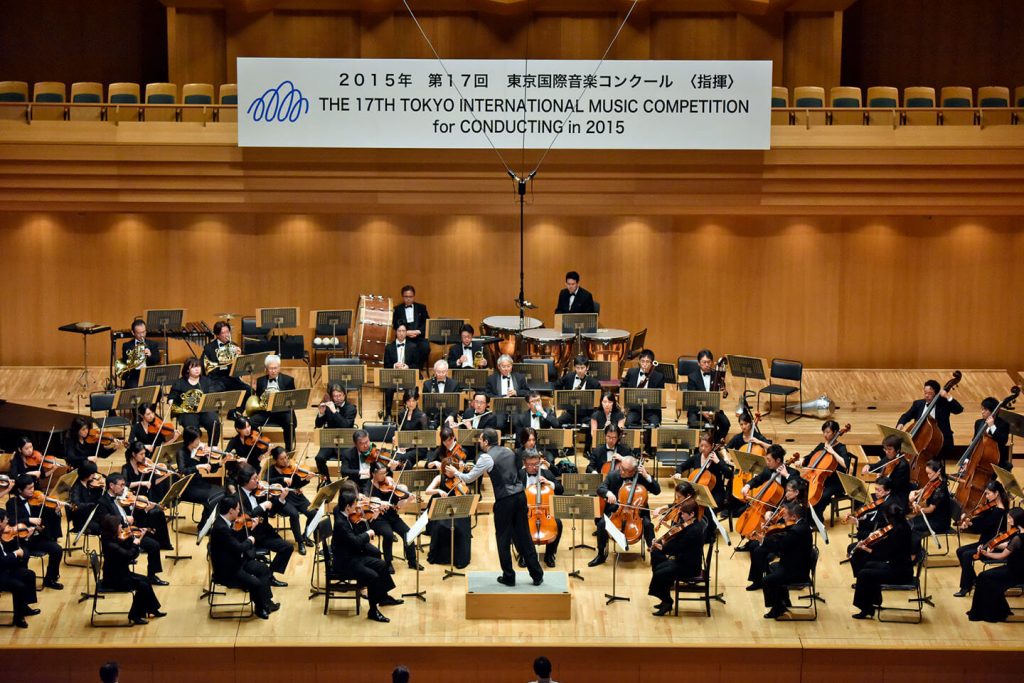 The Min-On Concert Association, in cooperation with the Association of Japanese Symphony Orchestras, held The 17th Tokyo International Music Competition for Conducting at the majestic Tokyo Opera City Concert Hall this October.

Since it was first held in 1967, the competition has developed into the foremost internationally recognized competition for conducting today. Many previous contestants are now active around the world, including Tadaaki Otaka and Junichi Hirokami, who are also current members of the Judging Panel.

This year’s competition drew 239 applicants from 40 countries and regions—the highest number ever. After the initial screenings by the Nomination Committee, 16 applicants from seven different countries participated as contestants in the first preliminary round, held on the first two days of the competition. Each contestant conducted The Japan Philharmonic Orchestra playing two required pieces: Mozart’s Symphony No. 39 and Bartok’s Divertimento for String Orchestra, in front of a panel of judges and a public audience.

In the second round, after two full days of performances by the selected eight contestants, who conducted the internationally acclaimed New Japan Philharmonic Orchestra’s performance of three required pieces (Akira Miyoshi’s Concerto for Orchestra, Liszt‘s symponic poem Les Preludes and Saint-Saens Introduction and Rondo Capriccioso) the panel of judges selected the four finalists: Ondrej Vrabec from the Czech Republic, Diego Martin Etxebarria from Spain, Gen Ota from Japan and Corinna Niemeyer from Germany.

The final round of the competition was held on Sunday, October 18 before a larger audience at the same venue. In the first half of the final round, each of the four finalists conducted the same required piece: Brahms’ Variations on a Theme by Joseph Haydn. In the second half, each conducted a composition of their own choice. It took the panel of judges more than an hour of deliberation and discussion to select the winners.

The week-long competition concluded with an awards ceremony, presenting first place and the Special Hideo Saito Award to Diego Martin Etxebarria, second place and the Audience Award to Gen Ota, third place to Corinna Niemeyer and the honorable mention title to Ondrej Vrabec. A certificate, medal and cash award were given to each finalist. Additionally, the Asahi Breweries Award was presented to the first, second and third place winners as a supplementary prize by Asahi Breweries, Ltd., a co-sponsor of the competition.

“It’s so difficult to describe my feelings right now,” said first prize winner, Diego Martin Etxebarria. “I felt so comfortable throughout the competition, and the resonance with the orchestra was sensational. I will never forget this experience.”