The Tohoku Hope Concerts Empower through the Power of Music 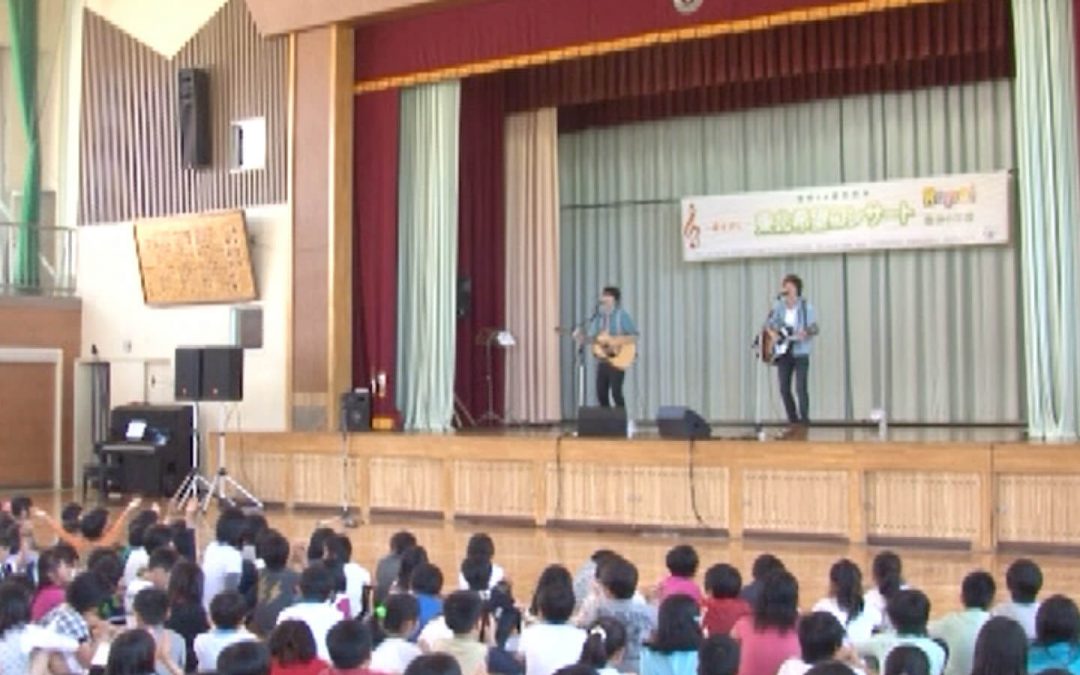 Endeavoring to cultivate music appreciation in Japan and worldwide, Min-On has offered a wide range of non-profit public service programs since its foundation in 1963. The Min-On School Concert Program was inaugurated in 1973 at the founder’s proposal to contribute to the emotional development of schoolchildren in the remote area of Shibetsu, Hokkaido. Since then, Min-On has provided admission-free concerts at primary and secondary schools throughout Japan, giving younger generations an opportunity to enjoy live music from around the globe.

After hosting concerts for over 1.2 million students across Japan, Min-On began planning special concerts for people who have suffered in disaster-stricken areas, believing in the power of music to give hope and courage to all. In 2003, to commemorate the 10th anniversary of the Hokkaido Nansei-oki Earthquake, the first of these concerts was held on the island of Okushiri. Two years later in 2005, a special concert on the 10th anniversary of the Great Hanshin Awaji Earthquake was held in Kobe. Many audience members, especially disaster victims still living in temporary public housing, took great delight in attending these uplifting live performances.

In the spring of 2012—a year after the Great East Japan Earthquake and the subsequent tsunami which devastated the northeast Tohoku region—Min-On launched a series of concerts entitled the Tohoku Hope Concerts. The goal was to “stand close to the people in affected areas, providing spiritual support through the power of music and lighting up a torch of healing in the people’s hearts.” Held through December of 2014, the Tohoku Hope Concerts successfully created an inspiring narrative for over 8,400 primary and secondary school students in the three most severely affected prefectures in the Tohoku region. Min-On will continue to organize similar concert activities to help people through the power of music. 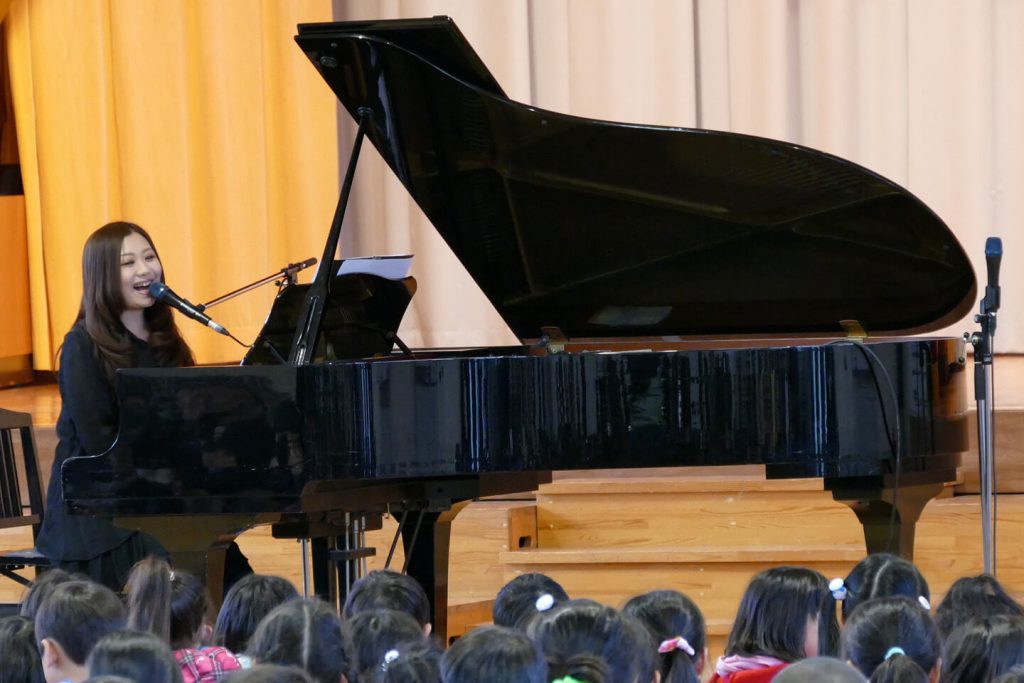 “I experienced the Great East Japan Earthquake at my home in Kesenuma, Miyagi prefecture. I witnessed the dark waves sweeping houses and ships away and fierce fires spreading all over my hometown. Staring at the unfolding disaster in disbelief, I could only think ‘what can I do now?’ I even forgot about singing. But one day when I visited an evacuation site, children sheltered there asked me to sing a song, so I sang a cappella for them. That experience prompted me to participate in the Tohoku Hope Concerts. At the concerts, the children joyfully clap their hands in time to the music and sing with all their hearts together. Deeply touched by their smiling faces, I am encouraged to strive onward and help revive our beloved hometowns for future generations.”

Member of a cappella group INSPi

“Immediately following the Great East Japan Earthquake, we started a fund-raising campaign with other musicians and friends in Tokyo and delivered relief supplies to the affected areas. When we heard about the Tohoku Hope Concerts from the Min-On Concert Association, we were excited to realize we too could support people in the affected areas through vocal performances.

“A cappella is musical performance using just the human voice. As the six-member group INSPi, we try to unite our hearts as well as align our voices in perfect harmony. When you let your voice communicate through song, people can connect in a very real and sincere way. Believing that singing can unite the people of the Tohoku region, we gave every Hope concert our complete devotion. In particular, we were deeply encouraged by singing the school song with students at each school. After one concert, the student body president told us: ‘Our school building was swept away by the tsunami, but the school song still remained. Even now, we can continue to sing our school song, united with a sense of camaraderie as students of this school.’ From his words, we became sincere believers in the power of song.”