Maestro Yanagisawa Delivers Lecture on The Power of Music 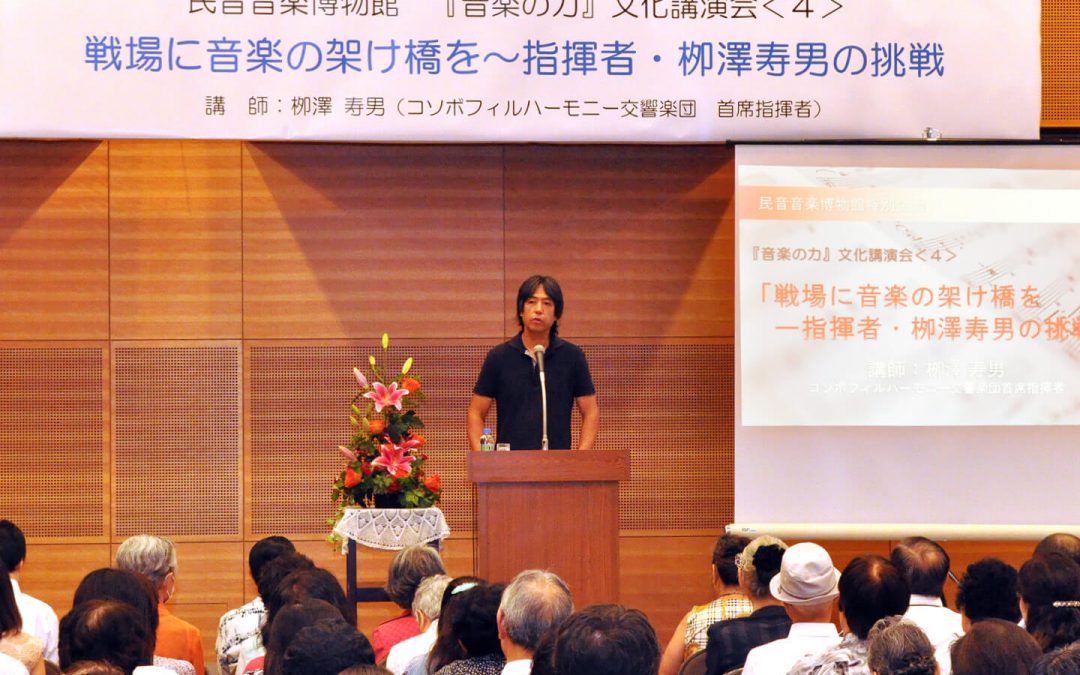 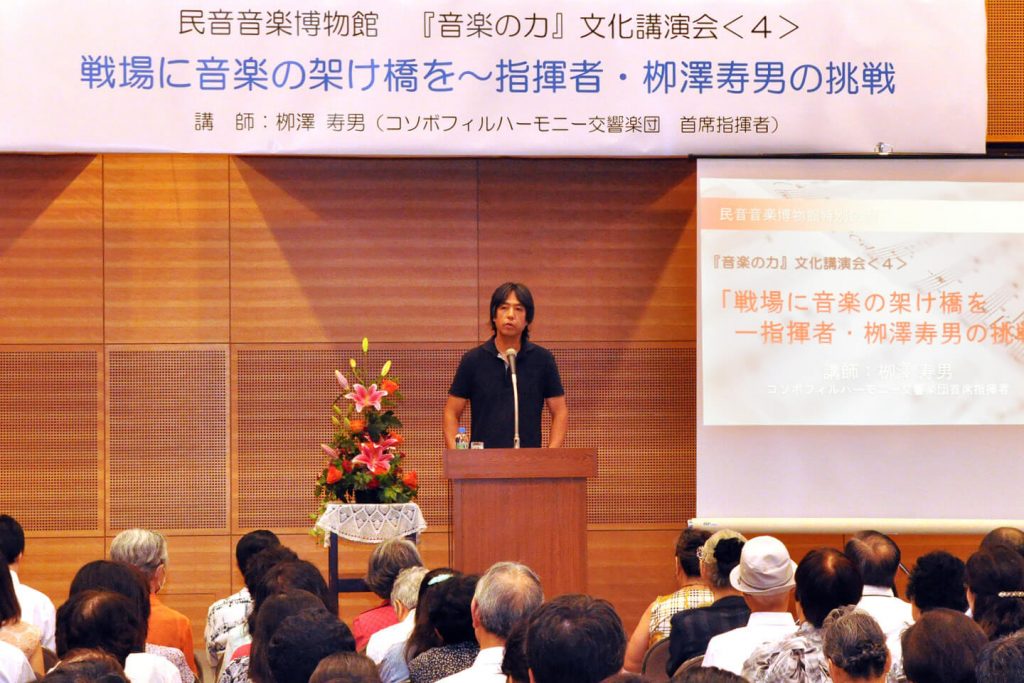 The Min-On Music Museum initiated a new series of cultural lectures entitled The Power of Music, in commemoration of Min-On’s 50th anniversary last year. The fourth installment was held on Saturday, August 23 at the Min-On Culture Center’s museum hall in Tokyo. For this installment of the series, Maestro Toshio Yanagisawa, principal conductor for the Kosovo Philharmonic Orchestra, was invited to speak. Yanagisawa delivered his lecture on the theme of “Bridging Over the Battlefield with Music.” The maestro shared his challenges as a conductor for an interethnic orchestra: essentially acting as a bridge between split cultures after the conflicts in the Balkans.

Born in 1971, Yanagisawa studied orchestral conducting in Paris, France. Since winning second place in Min-On’s Tokyo International Music Competition for Conducting in 2000, he has guest-conducted for many highly acclaimed Japanese and overseas symphony orchestras. He took the baton for the Kosovo Philharmonic Orchestra for the first time in 2007 as a guest conductor. This period was marked by difficult circumstances in the Province of Kosovo, governed by the United Nations Interim Administration Mission in Kosovo (UNMIK). Later, in 2009, the maestro was appointed principal conductor of the orchestra.

Yanagisawa also contributed to the establishment of the Balkan Chamber Orchestra of Sofia, in hopes of developing interethnic harmony across that region. Indeed, the orchestra held a successful concert with the involvement of Serbian, Albanian, and Macedonian members, together with the cooperation of the United Nations. Such a joint performance of different ethnicities in the Balkans was a first in 20 years of conflict. The concert became a great testimony of the “power of music” to facilitate the development of mutual understanding and respect among people of different ethnicities and cultures.

Yanagisawa’s stories about his experiences inspired all participants and received loud applause in appreciation of the maestro and music in general.