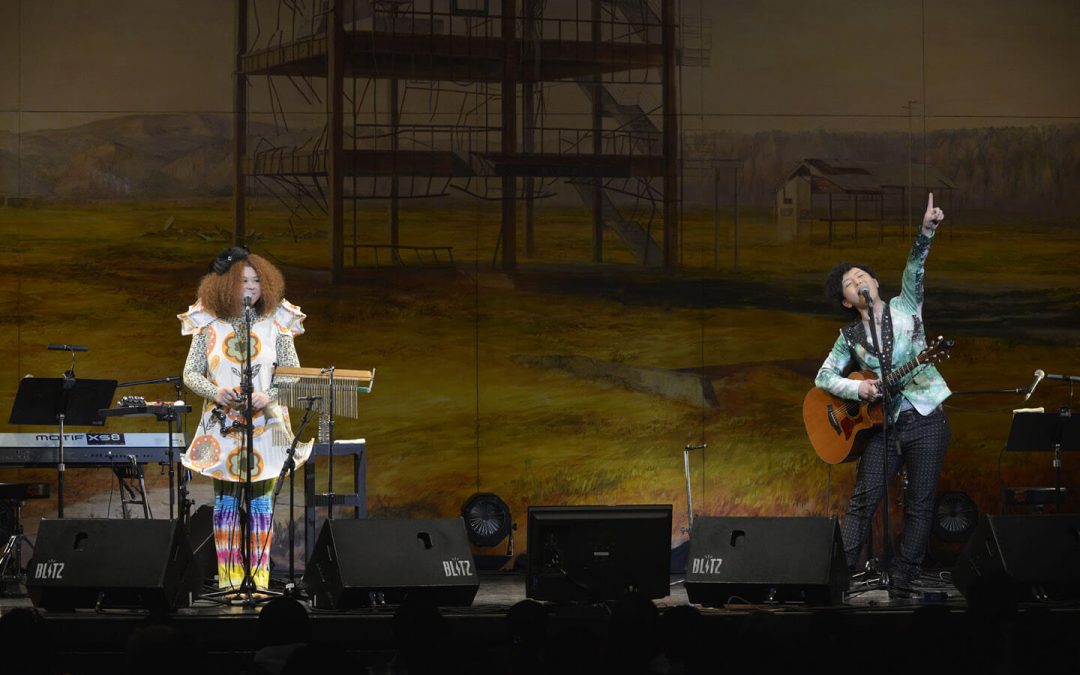 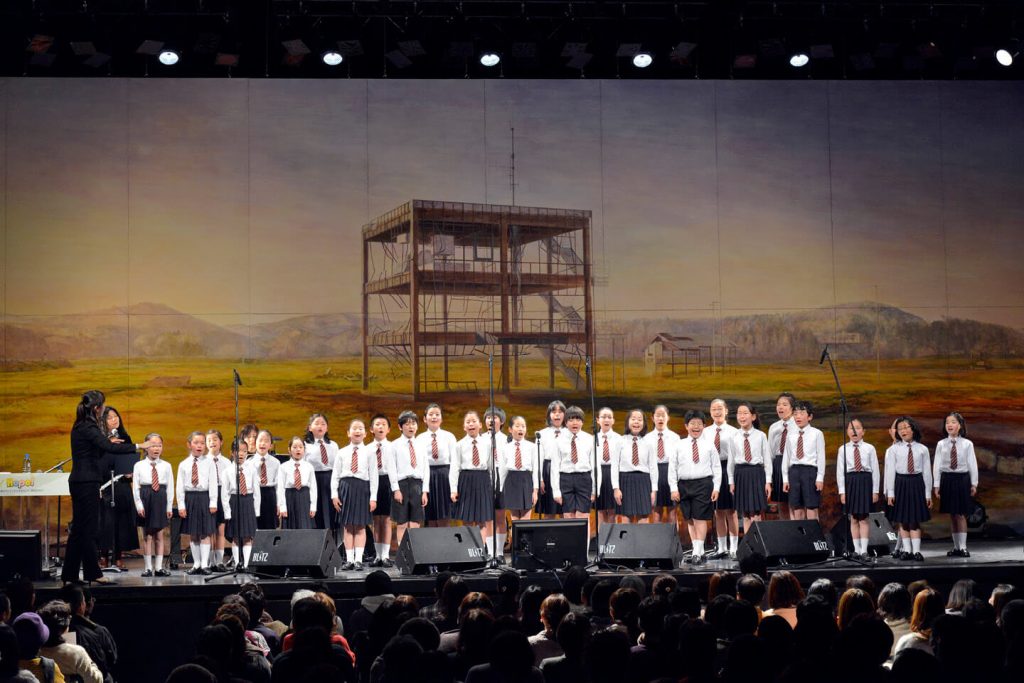 March 11, 2014 marked the third anniversary of the great earthquake and subsequent tsunami which devastated the northeastern coastal areas of the Tohoku region. While still enduring severe conditions, thousands of people in the affected region have worked together to overcome numerous difficulties with a sense of solidarity and have made great efforts toward reconstruction.

With the aim of providing spiritual support to the younger generation in the region through the healing power of music, the Min-On Concert Association initiated in May 2012 a series of admission-free concerts entitled The Tohoku Hope Concert—Musical Bonds of the Heart. The series was cosponsored by TBS Radio & Communications, Iwate Broadcasting Company, the Tohoku Broadcasting Company, and Radio Fukushima Co. To date, concerts have been held for students of 34 primary and secondary schools at 26 venues in the three worst-affected prefectures of Iwate, Miyagi and Fukushima.

To commemorate the third anniversary on March 11, Min-On produced a special edition of The Tohoku Hope Concert in Tokyo in collaboration with TBS Radio & Communications. The aim of this special concert has always been to remember the disaster and foster greater awareness of disaster prevention measures. The performance, which took place at Akasaka Blitz, featured local musicians and artists. The participants all have direct experience in the affected prefectures and have been involved in this concert series for the past two years. 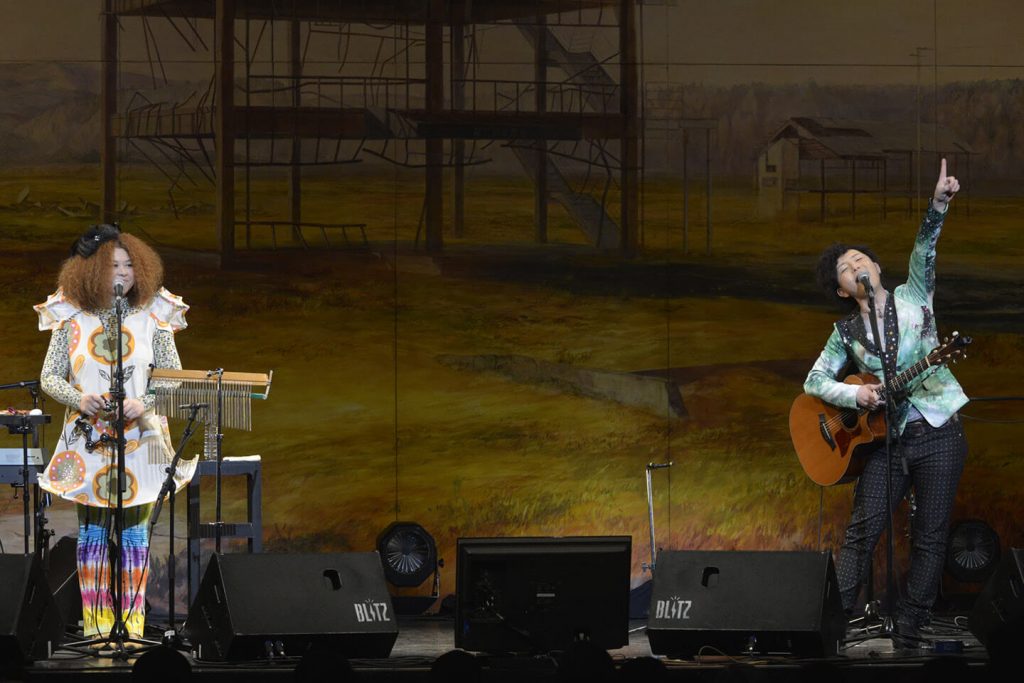 The entire event, emceed by presenters from local broadcasting companies, began with visual reports of the 26 Hope concerts held over the past two years. The reports were followed by a live musical performance in front of a special backdrop painted by Hiroshige Kagawa. The gigantic watercolor painting, entitled “Gold of South Sanriku,” depicted scenery of the disaster-stricken area. Besides the professional artists, an award-winning children’s choir from Kitagawa Elementary School of Setagaya Ward, Tokyo were invited as representatives of future generations. Together, they delivered sounds of hope and courage to build a bright future. The production was broadcast over the nationwide radio network on March 22.